Eva Maria dos Santos is one of the twins born to legendary Portuguese footballer Cristiano Ronaldo, through surrogacy. Eva and her twin brother, Mateo, were reportedly born through a surrogate mother, from frozen embryos obtained from a clinic, in California, United States. Their mother’s identity is still a secret. Their birth certificates mention their surname as “dos Santos,” instead of Ronaldo’s full surname, “dos Santos Aveiro,” which has given rise to speculations that they were probably born of a Portuguese woman and are using their mother’s surname. Eva and Mateo now stay with their half-brother, Cristiano Jr. (born of an unknown mother) and Alana Martina, the daughter of Ronaldo and his current girlfriend, Spanish model Georgina Rodriguez. Ronaldo often posts photos of his children on his various social-media platforms, and theirs is a family many would envy. 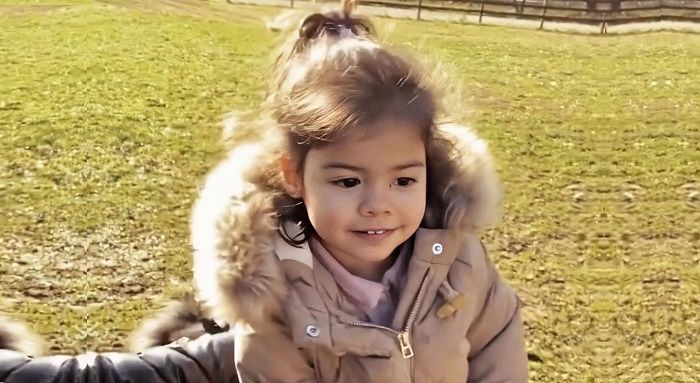 Eva Maria dos Santos and her twin brother, Mateo Ronaldo, were both born on June 8, 2017, at the ‘Sharp Grossmont Hospital’ in the town of La Mesa, California, which is located only 20 miles away from the US–Mexican border and is close to San Diego.

The twins were born from frozen embryos, through surrogacy. According to sources, Eva was the first of the twins to be born, at 9.07 a.m., while Mateo was born a minute later. However, the identity of the surrogate mother has not been revealed yet. Their father, legendary Portuguese professional footballer Cristiano Ronaldo is their sole guardian.

Ronaldo became a father for the first time with the birth of his son Cristiano Jr., on June 17, 2010, in the United States. Though Ronaldo has the full custody of Cristiano Jr., he has not yet revealed the identity of the mother of the child, according to an agreement with her. On July 4, 2010, Ronaldo announced via ‘Facebook’ and ‘Twitter’ that he had become a father.

Many thought Ronaldo’s accounts were hacked, as his statement came as a surprise. He declared: “It is with great joy and emotion that I inform I have recently become father to a baby boy.”

The birth certificates of Eva Maria dos Santos and Mateo, which have been filed publicly, contain only part of Ronaldo’s surname (“Dos Santos,” and not “dos Santos Aveiro,” which is Ronaldo’s full surname). This has led people to believe that “Dos Santos” is probably their mother’s surname. However, the court registers show that their case is classified under the “surrogacy” category. The press often associates the name “Ronaldo” with the children’s name. 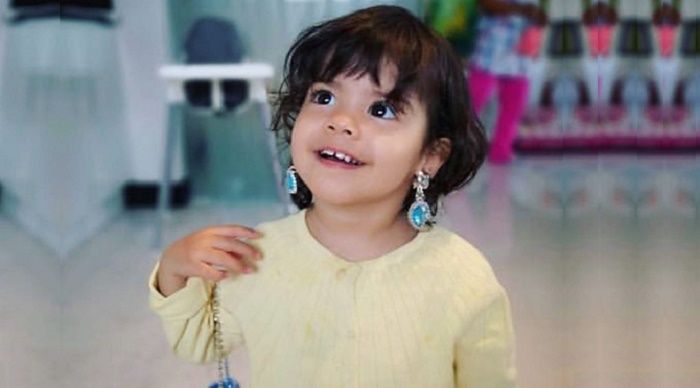 While Ronaldo is officially listed on the birth certificates as the father of both Eva and Mateo, their mother’s name has not been mentioned.

In Ronaldo’s native country, Portugal, surrogacy is not allowed by law, apart from the rarest of cases. Similarly, single men are not allowed to use surrogacy for having children in Portugal.

Ronaldo went public with his twins’ arrival by posting an ‘Instagram’ picture of himself holding them and looking at Mateo. His caption read: “So happy to be able to hold the two new loves of my life.”

One of his other pictures posted around the same time had Ronaldo holding Mateo while his other son, Cristiano Jr, held Eva. The caption to this picture read “Blessed.” 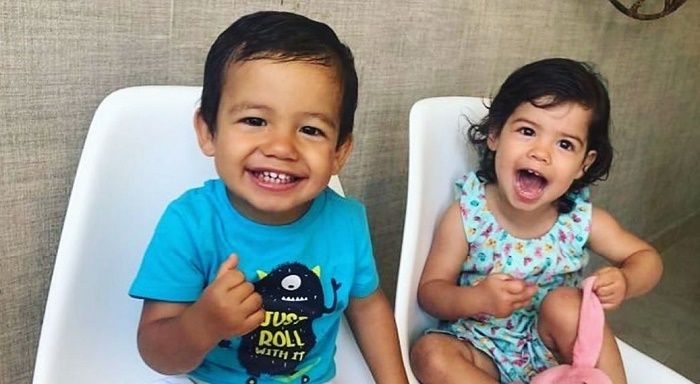 Ronaldo is now dating Spanish model Georgina Rodríguez. The couple put a stamp on their relationship in January 2017, while they attended the ‘Best FIFA Football Awards’ together, accompanied by Cristiano Jr. It is believed they had met at a ‘VIP Dolce & Gabbana’ event at the end of 2016 and had started dating soon after.

In July 2017, Ronaldo confirmed that Georgina was pregnant with their child. Georgina gave birth to Ronaldo’s daughter Alana Martina, on November 12, 2017. It is believed both Ronaldo and Georgina have jointly chosen their daughter’s name, as Georgina later said Ronaldo had chosen “Alana,” while she had chosen “Martina.”

They are now a happy family of six, consisting of Ronaldo, Georgina, and the children: Cristiano Jr., Eva Maria dos Santos, Mateo Ronaldo, and Alana.

Ronaldo was accused of tax fraud in Spain around the time when Eva was born. 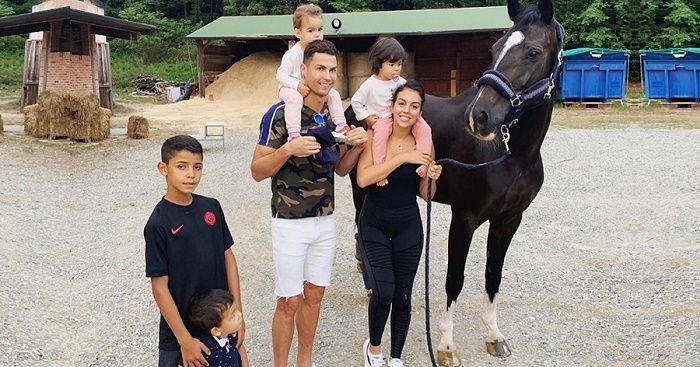 Ronaldo was not present during Eva Maria dos Santos and Mateo’s birth, as he was playing for the Portuguese national football team in a tournament in Chile during that time.

Ronaldo does not think the lack of a mother in the lives of his children is going to affect them, as he earlier stated on ‘The Jonathan Ross Show’ that “Cristiano has a dad, an unbelievable dad” and that was enough. He said that many kids grow up without parents, so that was not a big issue. He also stated that he will reveal to his children about their past when they grow up.

Eva Maria dos Santos is apparently on ‘Instagram’ already. Her account on the platform, “evamariaronaldo,” has managed to gain more than 14 thousand followers.

Ronaldo once publicly stated that he wants seven children. This is probably because seven is Ronaldo’s jersey number.