Matteo Bocelli is the younger son of legendary Italian opera singer Andrea Bocelli and his first wife, Enrica Cenzatti. Matteo was not particularly interested in singing, though he was trained in the piano from an early age. His father came to know about his singing talent in 2016. The father–son duo recorded their first duet, ‘Fall on Me,’ in 2018. Since then, they have performed at many public events. Matteo, who is currently a student at the ‘Lucca Conservatory,’ is all set to release his debut solo album and is quite famous on social media. 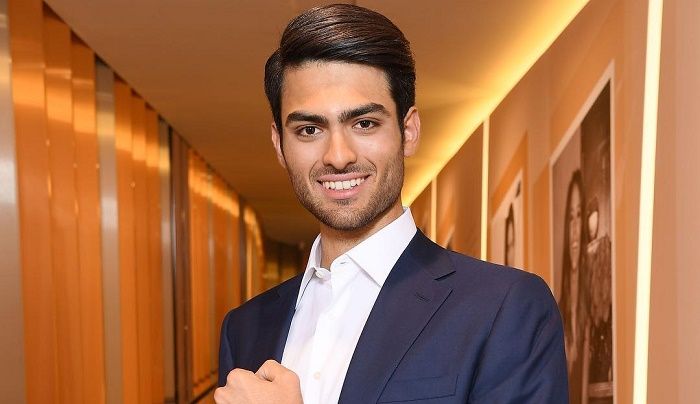 Andrea and Enrica had married in 1992. Matteo grew up with his elder brother, Amos (born in February 1995). Matteo’s parents separated in 2002. Following this, Andrea dated Veronica Berti, and the two had a daughter, Virginia, in 2012. Andrea and Veronica got married in March 2014. 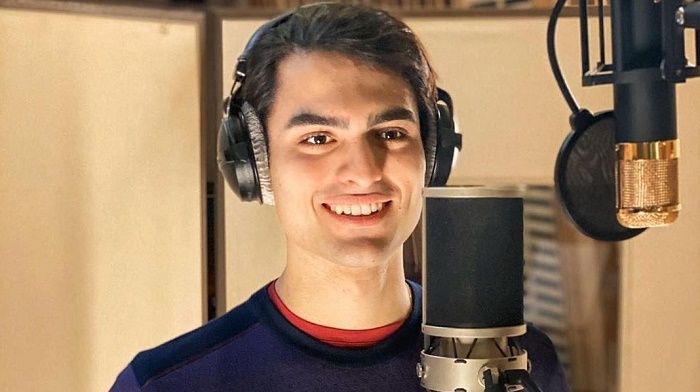 Matteo’s Rise as a Singer

Matteo Bocelli began by learning to play the piano. As a teenager, he was as interested in sports as he was in music. In 2015, he began to learn singing under his father, Andrea.

He then joined the ‘Lucca Conservatory,’ as a vocal performance student.

On July 30, 2016, at the tender age of 18, he delivered his first performance as a tenor, at the ‘Teatro del Silenzio,’ an open-air amphitheater in Lajatico, Tuscany, in front of around 12,000 spectators and alongside artists such as Sumi Jo and Leo Nucci. Matteo sang arias from Verdi’s operas.

The same year, he performed at the opening night of ‘Celebrity Fight Night,’ at the ‘Basilica di Santa Croce’ in Florence.

On March 30, 2017, Matteo Bocelli officially debuted in the United States of America, when he performed with ‘David Foster and Friends’ at the ‘Horatio Alger Awards’ in Washington, D.C.

Meanwhile, he also modeled for the 2017 fall/winter campaign of ‘Guess,’ alongside Jennifer Lopez.

On September 9, 2017, Matteo performed at the ‘Colosseum,’ for the fourth edition of ‘Celebrity Fight Night,’ alongside celebrities such as Sumi Jo, Elton John, Aida Garifullina, and Steve Tyler. The whole performance was aired by Italian TV channel ‘Rai Uno.’ 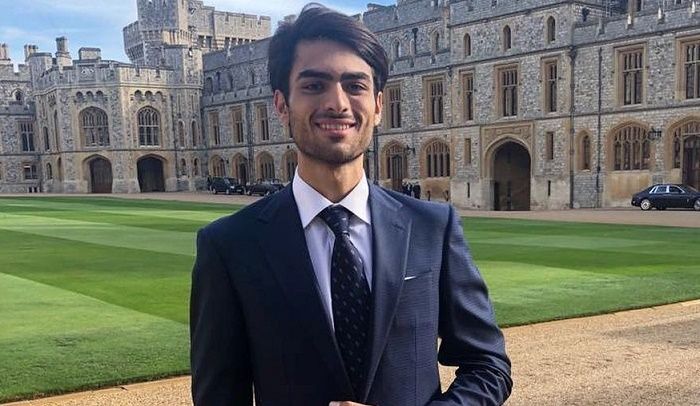 Singing with His Father

It is believed, Andrea had no clue that Matteo was a brilliant singer. In 2018, speaking on the American TV show ‘This Morning,’ Andrea revealed that he had come to know about Matteo’s incredible talent in 2016. 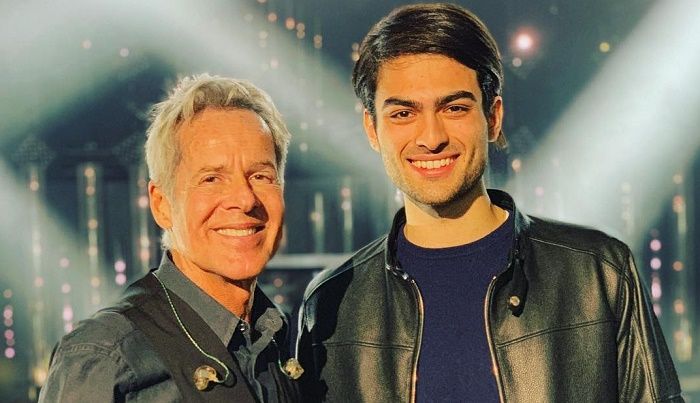 According to his conversation with the show’s host, Gayle King, Andrea had not realized Matteo was a talented singer until his wife had come up to him and told him to “Listen to him because he’s very nice.”

In September 2018, Matteo was featured on Andrea Bocelli’s album ‘Sì,’ released by ‘Decca.’ The father–son duo sang the duet ‘Ven a Mi’ (“Fall on Me”) in both Italian and English. The song was touted as Matteo’s debut single and focused on the “relation that many sons have with their parents.” The song was also part of the soundtrack of the ‘Disney’ film ‘The Nutcracker and The Four Realms,’ which released on November 2, 2018. The official music video of the song on Andrea Bocelli’s ‘YouTube’ channel has gained more than 68 million “views” to date.

Matteo’s brother, Amos, was featured playing the piano on the acoustic versions of ‘Sono Qui’ (“I Am Here”) and ‘Ali de Libertà’ (“Wings of Freedom”), from the same album.

Matteo and Andrea also performed ‘Fall on Me’ on the American TV show ‘Dancing with the Stars’ and the ‘Hollywood Bowl.’ 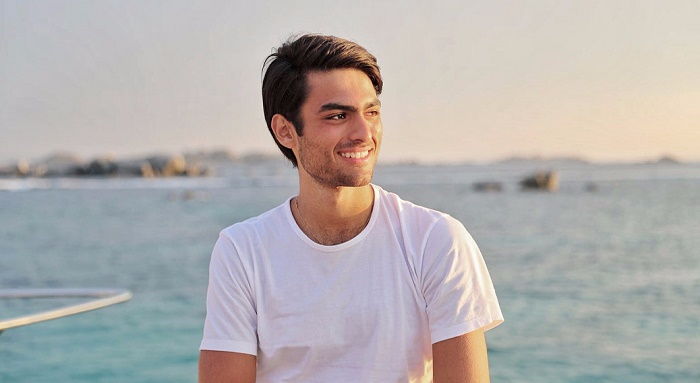 Toward the end of the year, Andrea announced on ‘Twitter’ that Matteo and he would perform in front of the Duke and Duchess of Sussex at the ‘Royal Variety Performance’ that year. The event was aired on ‘ITV’ on December 11, 2018.

In July 2019, Matteo signed with ‘Capitol Records.’ Both Andrea and Matteo are managed by Scott Rodger from ‘Maverick.’ Scott also manages music legends such as Paul McCartney and Shania Twain. Matteo is also managed by Francesco Pasquero. Matteo is currently working on his debut solo album, which he intends to release by the end of 2020. 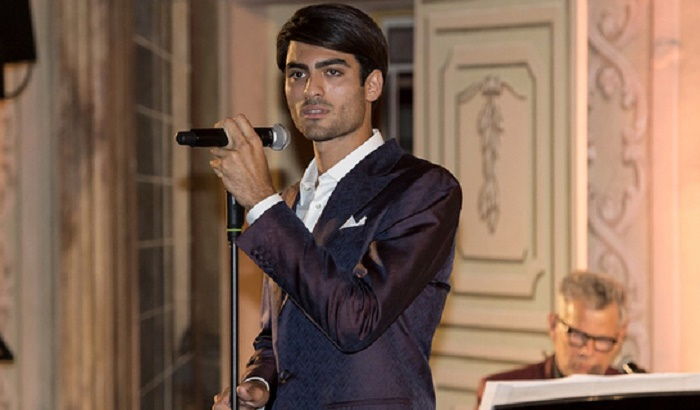 On March 19, 2020, Matteo and Andrea were featured in an “Instagram Live” performance, organized by Italian rapper Fedez and his fashion designer wife, Chiara. The father–son duo sang their own rendition of Ed Sheeran’s ‘Perfect’ from their home. This was done to cheer up dejected Italians amidst the COVID-19 pandemic. Back in 2018, Andrea and Ed had collaborated for a similar rendition, which they had named ‘Perfect Symphony.’ In the “IG Live,” Matteo sang Ed Sheeran’s parts, while Andrea played the flute and then sang in Italian.

On Easter 2020, Andrea performed solo at a closed ‘Duomo Cathedral’ in Milan, Italy, as part of a ‘Music for Hope’ initiative to support the country in the wake of the novel coronavirus mayhem.