Kealia Ohai is an American soccer player who plays for the Chicago Red Stars of the National Women’s Soccer League. She was previously with the Houston Dash for five years and has represented the United States national team on several occasions. Known for her exceptional speed and competitive mindset, she played crucial role in winning the 2012 FIFA U-20 Women’s World Cup. She is the fiancée of J. J. Watt, an American football defensive end who plays for the Houston Texans in the National Football League. She was featured on the cover of ‘Houston Hotel Magazine’ in January 2019. 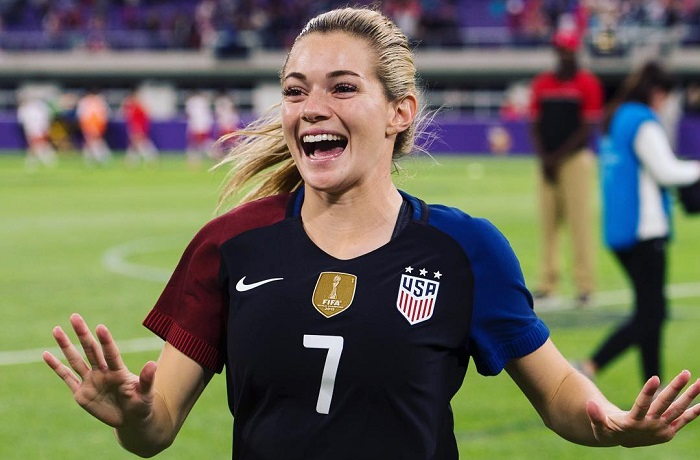 1. She is engaged to American football player J. J. Watt

While J. J. Watt himself had sparked dating rumors in early 2016 with his frequent presence at Dash games, once even wearing Kealia’s No.7 jersey, she first confirmed that they were dating during an interview on the ‘2 Up Front Soccer’ podcast in early October 2016. Mentioning that they have known each other for a long time, she also added that they were “really great friends”. Watt, who was previously linked to several women including UFC fighter Paige VanZant, tennis player Caroline Wozniacki and actress Kate Hudson, remained tight lipped until January 2017, when he shared pictures from their vacation to Mexico. They dated for about a year before making the relationship public. In May 2019, Watt posted a set of four pictures on his Instagram with the caption “I’m the luckiest man in the world”, and revealed that they were engaged.

2. She is a successful soccer player

Kealia Ohai is a professional soccer player who played college soccer with the North Carolina Tar Heels during 2010-13 as she pursued a degree in journalism and mass communication from the University of North Carolina. She helped the team win the NCAA Championship in 2012 by scoring the winning goal in the semi-final and the first goal in the final. During the 2014 NWSL College Draft, she was selected by the Houston Dash as their first pick and the second overall pick. Kealia, who is able to score goals quickly thanks to her fast reflexes, was named the captain of the team in mid-2016 season after she scored 11 goals from 10 matches. Playing for the US U-20 Women’s National Team, she scored the winning goal in the final of the 2012 FIFA U-20 Women’s World Cup against Germany. She currently plays for the Chicago Red Stars. 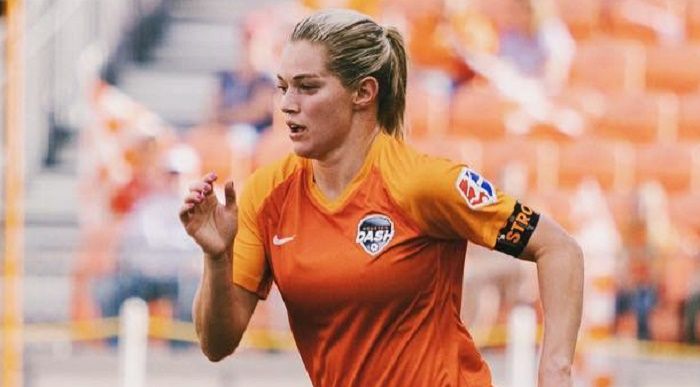 3. She was a child prodigy

The fact that Kealia Ohai had special talents to score goals became evident as early as when she was only three years old. She began playing pee-wee soccer as a toddler, even before she could tie her shoes, and had scored 18 goals in the first game she played. Even earlier, an 18-month-old Kealia could stand on her head for half an hour and spin her legs. She later played soccer and track at Alta High School in Utah, where she led the varsity team to four straight state soccer championships and received many honors including being named the ‘2010 NSCAA National High School Player of the Year’. Playing club soccer for the Utah Avalanche, she also won four state titles during her youth.

In early January 2020, soon after news spread that Kealia Ohai was being traded from the Houston Dash to the Chicago Red Stars in exchange for defender Katie Naughton, the local newspaper, ‘ABC Houston’, created a controversy for covering the story with the headline “Houston Dash trade J.J. Watt’s fiancée to Chicago”. Watt was so outraged by the sexist headline that attempted to negate all her achievements as an athlete, that he criticized the outlet by calling the headline “trash”. He also mentioned Kealia Ohai by her name, which the headline didn’t do, and urged the outlet to be “better than this”. Watt is also known for supporting her on the field and can often be seen cheering her from the stands during her matches, wearing her Houston Dash No.7 jersey. They have also revealed that they are very competitive partners and keep each other on the edge. 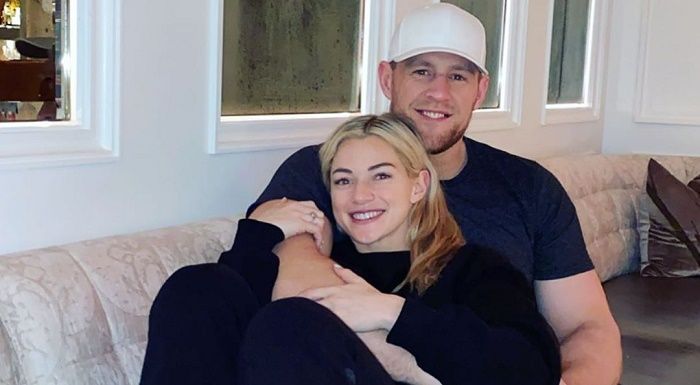 5. The couple overcame career-threatening injuries together in 2017

Both Kealia Ohai and her then-boyfriend J.J. Watt experienced serious injuries early on in their relationship. Kealia tore her ACL and meniscus during a match in Orlando in June 2017, for which she had to go through surgery 10 days later and another procedure after a month to avoid infection. Watt shattered bone in one leg and tore cartilage in October that year, for which he needed emergency surgery. The doctors were not sure if he will run again even with metal plate inserted in his leg. Kealia took care of every chore in the following months as they recuperated together. She returned to the field in April next year, while Watt, who practiced by playing backyard goalie for Kealia, also returned in time for the 2018 season opening match.

It is important to note that Kealia Ohai has achieved immense success on the field of soccer despite being legally blind in one eye. She was only six years old when she was diagnosed with severe astigmatism in her right eye. During her early school years, she was made to wear a patch over her left eye in the hope that her right eye will regain strength, even though that never happened. Furthermore, she was teased in school for wearing an eye-patch. She told ESPN that her “depth perception is pretty off” and that people often avoid driving with her at nighttime. And while “it’s nothing like I’m tripping over things”, she has learned to live with it over the years. She was also smaller for her age when she was a child. 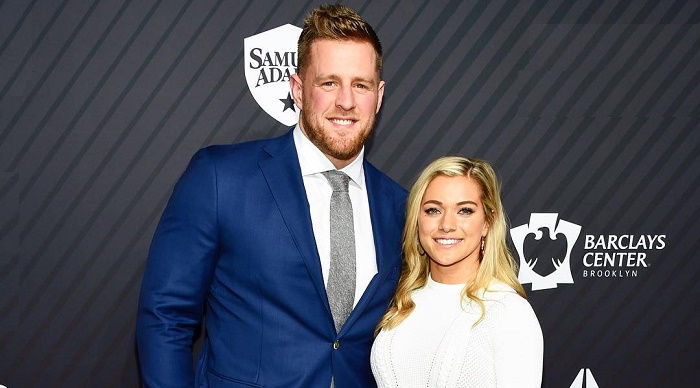 7. Kealia Ohai is named after a beach

Her name, Kealia, is actually based on the Kealia Beach – a popular surfing beach on the island of Kauai, where her father Ben Ohai was born. A native Hawaiian, he named his younger daughter after one of his favorite places. Talking to an interviewer in 2014, she mentioned that she used to feel embarrassed as a child because most people struggled to pronounce her name, but she has grown to love her name. However, she also doesn’t mind people just calling her ‘K’ if they struggle to pronounce her name.

8. Her sister and brother-in-law were into sports too

She has an older sister named Megan who used to play soccer like her and had won the 2007 NCAA Championship playing for the USC Trojans while attending the University of Southern California. There she met and fell in love with her future husband Brian Cushing, who went on to become a professional football player. He played as a linebacker for the Houston Texans before starting his coaching career. The couple is married and has two sons.

9. Her fiancé and brother-in-law played together 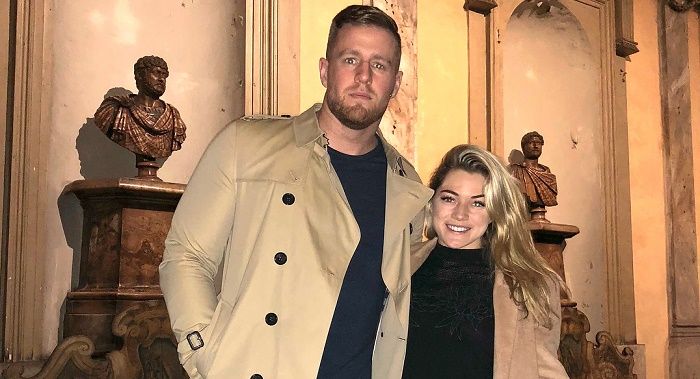 Kealia’s brother-in-law Brian Cushing, who played for the Houston Texans from 2009 to 2017, was a teammate of her fiancé J. J. Watt, who joined the team in 2011. They played together for years and are very good friends. In fact, it was through Megan and her husband that Kealia first met Watt. 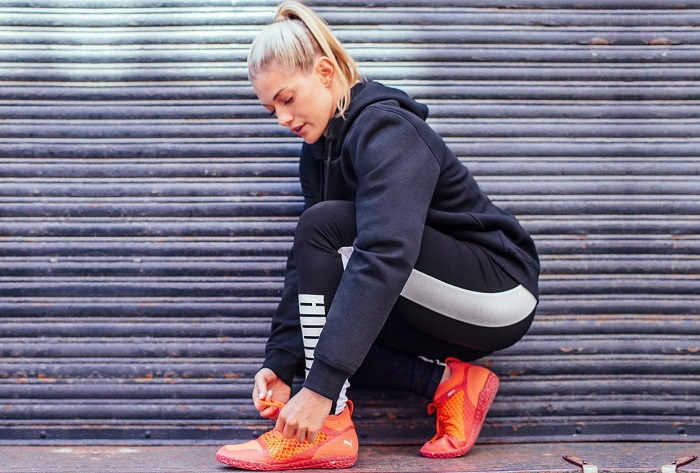 10. She has endorsement deals with various brands

Kealia Ohai often promotes products from different brands on her social media including Secret Deodorant, Pvolve, Ziploc and more. She has an endorsement deal with Puma athletic wear and has promoted the brand several times; however, her fiancé Watt has his own shoe line with competing brand Reebok. In May 2017, it was reported that she signed a new brand ambassador agreement to represent BBVA Compass in advertisements, community activities and speaking engagements. She promoted Blink Fitness on her Instagram in December 2019 during the opening of its 100th location opening in Houston, which Watt also re-posted on his Instagram.