Jelena Djokovic (née Ristić) is a Serbian entrepreneur, director of ‘Novak Djokovic Foundation,’ and the wife of world-renowned tennis star Novak Djokovic. The Belgrade-born studied marketing at Italy’s ‘Bocconi University’ and obtained master’s in Luxury Management from ‘International University of Monaco.’ She launched her own digital marketing company, ‘Jelena Ristić Consulting.’ She is actively involved in the non-profit ‘Novak Djokovic Foundation,’ and has received an award for her humanitarian work. Jelena and Novak got married in 2014, and are proud parents of two children. The family resides in Monaco. 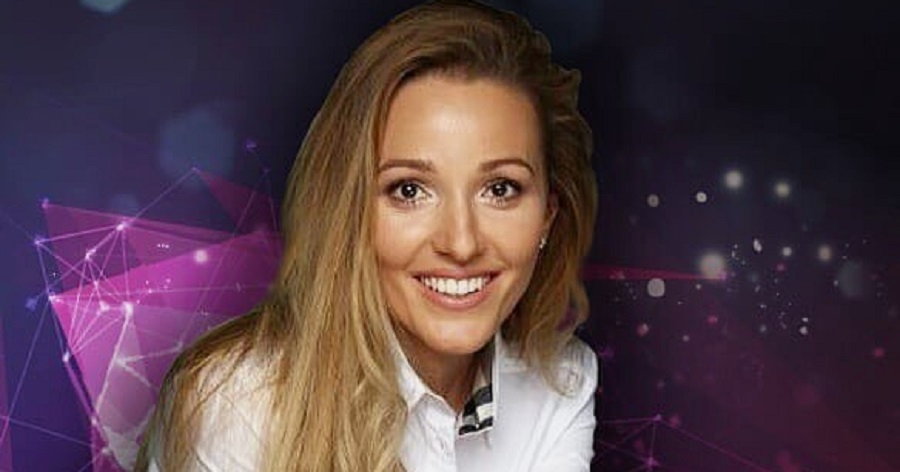 Jelena Djokovic was born Jelena Ristić on June 17, 1986, in Belgrade, Serbia, to Miomir and Vera Ristić. She has an elder sister, Marija Ristić, who is Jelena’s best friend and business partner.

Jelena was a sincere student as she wanted to study abroad. Her parents couldn’t afford a foreign education, so she worked hard to get a scholarship. She studied at a Sports High School in Belgrade.

At 18, Jelena went to Milan, Italy, to study marketing management at ‘Bocconi University.’ After graduation in 2008, she continued her higher studies in Monaco. In 2011, she obtained her master’s degree in ‘Luxury Management & Services’ from the ‘International University of Monaco.’ 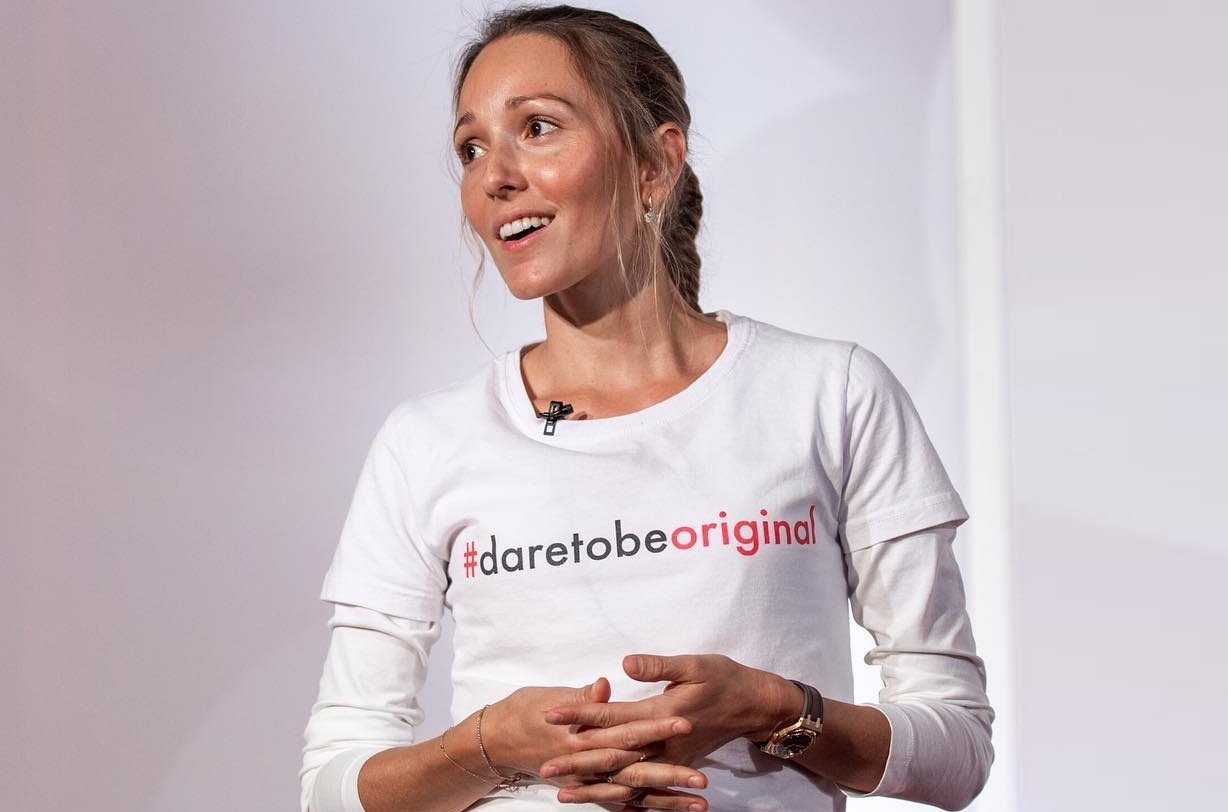 After her studies, Jelena worked as a human resource coordinator at ‘Oilinvest Group.’ Subsequently, in July 2011 she launched her own firm, ‘Jelena Ristić Consultancy,’ which deals in digital marketing, branding, and communications.

In 2013, Jelena worked as a model for ‘Figleaves,’ an online lingerie retailer from England.

Jelena is Novak’s high school sweetheart. The two met for the first time while playing tennis at their school’s sports academy, and began dating around 2005.

We loved this thank you Kim and @andymurray for challenging us all to stay active and have fun!! A great way to lift the spirits and be competitive with your husband 🤪🙏🎾 (Swipe for full video) I feel like a partner yoga challenge is next @djokernole?? 🧐 Hmmmmm #100volleychallenge #tennisathome #healthyathome #stayhome #teamdjokovic #nolefam Music: Uptown Funk @brunomars @iammarkronson

Their relationship faced difficult times as Novak was struggling to establish himself in the tennis circuit and had to travel a lot, and Jelena was a student at the ‘Bocconi University,’ Italy. Both couldn’t afford air tickets or time to meet, but their bond survived the difficult times and sparse meetings.

When Jelena completed her studies, the two moved in together to Monte Carlo. She got a job in an oil company, but this work took all of her time. Realizing that it was putting strain on their relationship, she quit the work and started her own consultancy.

In 2013 September, Novak proposed in a very special way. He hired a helicopter to take Jelena to the ‘Couvent des Minimes’ in Provence, France. Jelena Djokovic has always stood by him. Whenever, Novak was down in spirits, she helped him find a way. Novak has always maintained that he couldn’t have done it without her love and support. 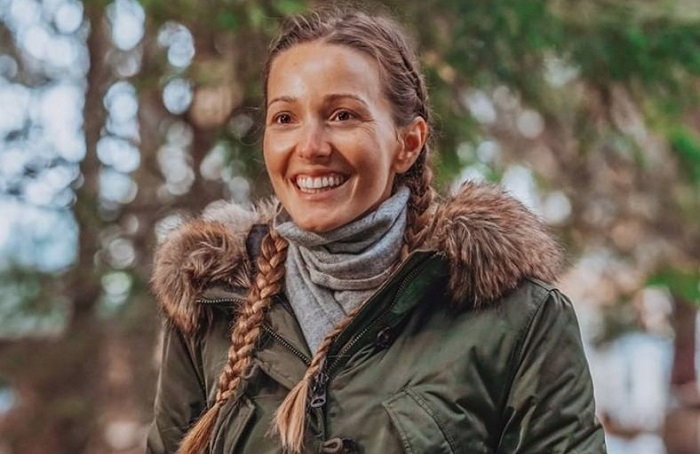 On April 24, 2014, Novak revealed that they were expecting their first child together. The couple got married on July 10, 2014. The wedding took place just after he won the ‘2014 Wimbledon Championships.’ Earlier, their wedding was postponed as he wished to focus on Wimbledon.

The wedding venue was ‘Aman’s Villa Milocer,’ the earlier summer residence of Queen Maria of Yugoslavia, and also of Yugoslavian dictator Tito. Jelena’s baby bump was evident at the wedding function, attended by family and friends. 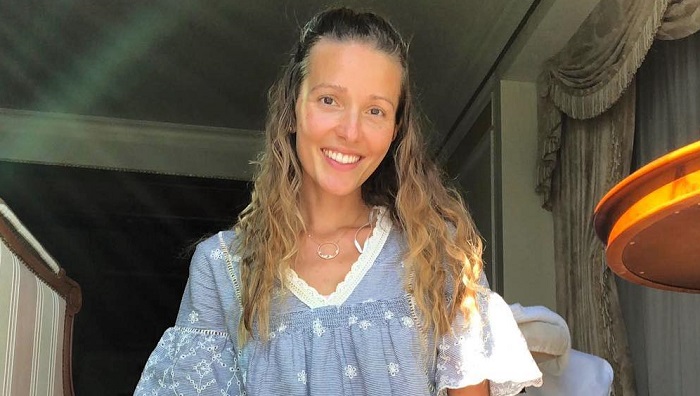 Novak expressed his feelings as, ‘Seeing her for the first time in her wedding dress ….. She looked like an angel…..  I was focused on her, her smile and our baby. It was a perfect moment!’

As Jelena saw him at the wedding, she immediately started crying. She said,

On July 12, 2014, they had a church wedding at the ‘Church of Saint Stephen’ of ‘Praskvica Monastery.’

The couple’s first child, ‘Stefan,’ was born in October 2014. In September 2017, their second child, Tara, was born. The family also has two poodles, Pierre and Tesla, whom Jelena refers to as her ‘Children.’ 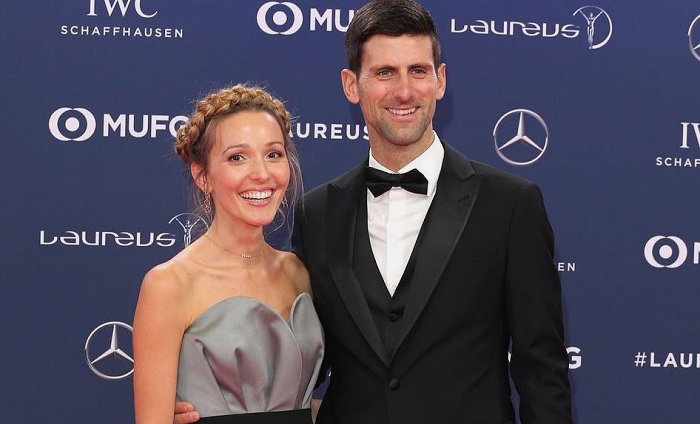 In 2007, Jelena and Novak established the ‘Novak Djokovic Foundation’ to help the needy children of pre-school age. They believe that the education obtained in early childhood forms foundation for life, so the foundation provides impoverished children with an opportunity to obtain better education and development.

As the national director of the foundation, Jelena Djokovic and her team train teachers, renovate and launch new kindergartens, arrange support groups for parents and undertake many other activities. In May 2014, her humanitarian work earned her an award.

In 2016, Jelena started a magazine, ‘Original,’ which addresses people seeking knowledge and inspiration. She was a guest speaker at the first ‘Western Balkans Women Conference’ in 2016. 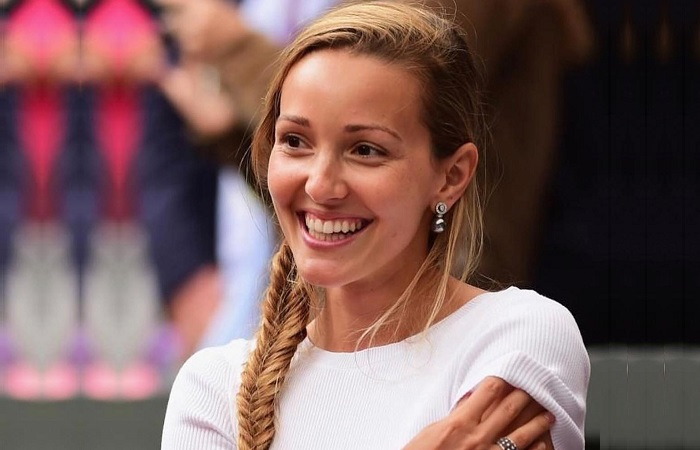 It hasn’t been always all glory for the tennis star’s wife. Whenever Novak went through a tough year in tennis, Jelena faced criticism for his performance. She attends most of his ATP tournaments. In 2017, her absence from the stands created doubts about their marriage. However, the couple later announced the news of her second pregnancy and the birth of their daughter, Tara.

Apart from her tournament appearances, Jelena Djokovic tries to stay away from spotlight, and focuses only on her work.

She is active on social media and has over 484K followers on Instagram and 119K on Twitter.