While talking of the wealthiest people in the world, the first names that come to our mind are Bill Gates, Warren Buffet, and Jeff Bezos. They are all successful billionaires in their own right, but did you know that there once lived a man who was so wealthy that the full extent of his wealth couldn’t even be assessed? His name was Mansa Musa. Also known as Musa I, he was the tenth “Mansa” (emperor/sultan) of the incredibly prosperous West African Islamic Mali Empire for 25 years during the 14th century. The Malian Empire was already a vast one when he came to power; it consisted of lands formerly belonging to the Ghana Empire in what is today known as southern Mauritania and Melle (Mali). An ambitious ruler, Mansa Musa conquered numerous other territories to expand his empire. His reign marked a period of heightened prosperity in Mali. At that time, the region was probably the largest producer of gold in the world. As the ruler of an extremely prosperous empire, he was an incredibly wealthy man who lived a lavish lifestyle. Owing to the extent of the wealth he possessed, Mansa Musa is counted amongst the richest people in history.

Here some interesting facts about him that you probably didn’t know!

Mansa Musa was also known as Mansa of Mali and Musa I. He has also been referred to as Kankou Musa, Kankan Musa, and Kanku Musa in Western literature. His other alternative names are Mali-koy Kankan Musa, Gonga Musa, and the Lion of Mali. He also held numerous titles, including “Lord of the Mines of Wangara”, “Emir of Melle,” “Conqueror of Ghanata.”

Mansa Musa ascended to the throne of the Malian Empire in c. 1312. The empire was already a prosperous and thriving one at the time of his accession. He extended the empire even more over the course of his reign that lasted 25 years until his death in c. 1337. 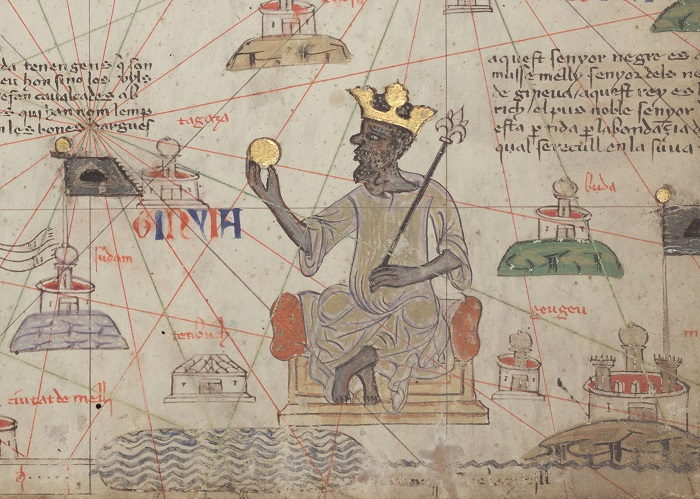 3. Mansa Musa was the richest person in history!

Mansa Musa was the ruler of one of the wealthiest and largest empires of his time. During his era, Mali is believed to have been the largest producer of gold in the entire world. He was so wealthy that the full extent of his wealth couldn’t even be ascertained!

4. His father was not famous!

One very interesting fact about Mansa Musa is that he was not the son of a famous father, unlike many other kings in history. His father, Faga Laye, played no significant role in the history of Mali.

5. He did not have a strong claim to the throne of the Mali Empire

While Mansa Musa’s grandfather, Abu-Bakr, was a nephew of Sundiata Keita, the founder of the Malian Empire, neither he nor his descendants had a strong claim to the throne. Mansa Musa eventually gained the throne owing to a strange sequence of events that turned in his favor.

6. He was an extremely successful military leader

As a military leader, Mansa Musa was highly skilled and ambitious. While he had inherited an already-vast empire, he added numerous new territories to the ever-growing kingdom over the course of his reign. During his reign, the empire more than tripled in size. Under him, the empire boasted of over 400 cities, including Timbuktu and Gao. He also exercised significant control over modern-day countries like Mauritania, Senegal, Burkino Faso, Nigeria, and Chad. 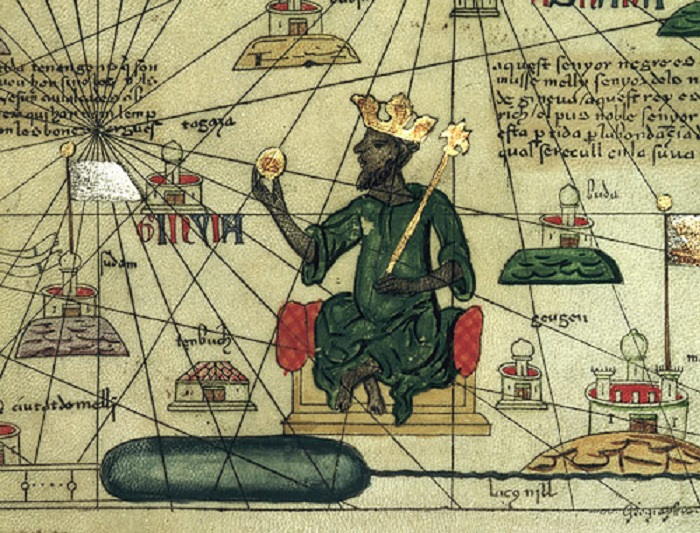 7. Mansa Musa was a devout Muslim

Mansa Musa was very religious and a devout follower of Islam. To him, Islam was “an entry into the cultured world of the Eastern Mediterranean.” He travelled often and made it a point to recruit Muslim teachers and leaders along the way, so that they might return home with him and spread the teachings of the Quran in the Mali Empire. He was much devoted to foster the growth of Islam in his empire.

8. He undertook a much-publicized pilgrimage to Mecca

Mansa Musa undertook a pilgrimage to Mecca between 1324 and 1325. It was a very lavish pilgrimage that included over 60,000 men, many of who were slaves; several bars of gold; hundreds of horses; and 80 camels. Over the course of the journey, he built numerous mosques in the cities he visited, traded gold for souvenirs, and also donated gold to the poor people he met on the route to Mecca, including the people of Cairo and Medina. Many eyewitnesses documented his journey; several accounts of his extravagant pilgrimage exist. In July 1324, visited the Mamluk sultan of Egypt, Al-Nasir Muhammad.

Mansa Musa’s extravagant spending and generosity inadvertently inflated the price of gold and devastated the economies of Cairo, Medina, and Mecca. He had donated so much gold that it resulted in devaluation of the precious metal. In turn, this led to inflation in the prices of other goods and wares. It ultimately took over a decade for gold prices to stabilize. By causing gold to devalue solely because of his actions, he became the only man in history to have been able to singlehandedly affect the economies of several territories.

10. Mansa Musa built the largest library of his era

He was devoted to the intellectual development of his citizens and built a large library, known as Sankore University, to help educate the people. It was the largest library in the world during his era. It could accommodate over 25,000 pupils and contained more than a million different manuscripts. This endeavour of his helped Mali become one of the major places of education and culture in the Muslim world. 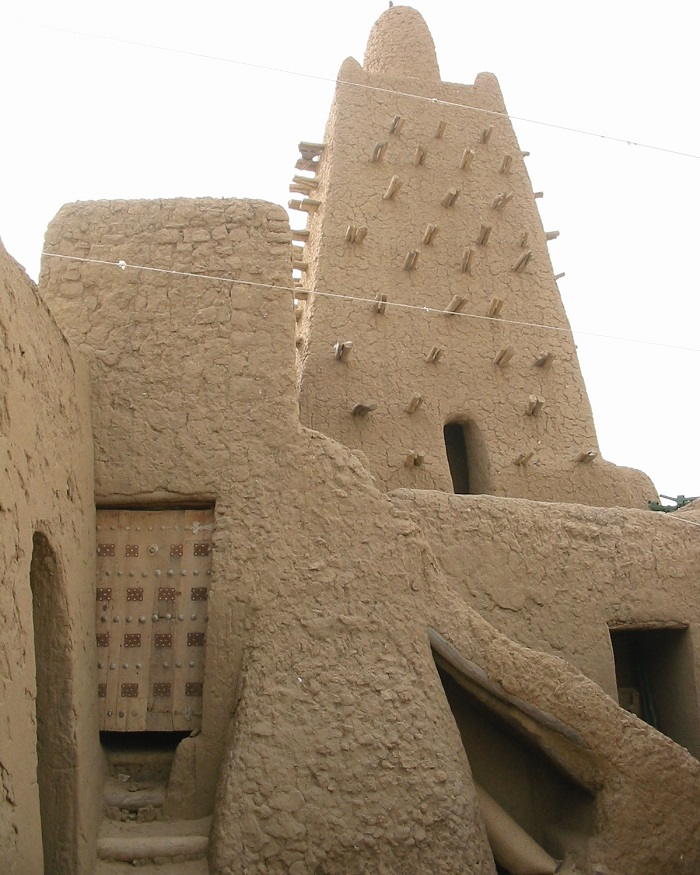 As a devout Muslim, Mansa Musa was known to have constructed several mosques across his empire. The Djinguereber Mosque in Timbuktu is the best known. The mosque became a reputed centre of learning and attracted scholars from across the Muslim world.

12. Mansa Musa made Timbuktu the epicentre of trade and culture

After assimilating the city of Timbuktu as part of the Mali Empire, he set out to develop the city as a centre of Islamic culture and trade. Traders from as far as southern Europe came to Timbuktu to participate in the city’ thriving business environment and trade their manufactured goods for gold. Jurists, astronomers, and mathematicians were also attracted to the city where they found recognition for their knowledge and intellect. 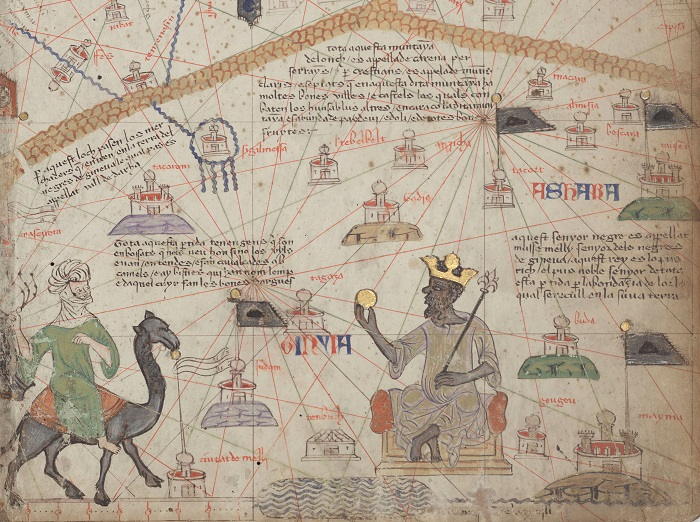 The circumstances surrounding his death are unclear and there is a major debate regarding his date of death. Modern historians and Arab scholars have differing views regarding the details of his death. Some sources state that he died in 1337. However, a few others state that he was still alive in 1337 and died in a later year.