Famous As:- Queen of the Ptolemaic Kingdom of Egypt

Cleopatra is, undeniably, one of the most controversial yet powerful Egyptian monarchs of the ancient era. A woman of surpassing beauty, Cleopatra was the last active Pharaoh and member of Ptolemaic dynasty. Call her brilliant, charming or ruthless – she was all that and much more. Using her charm and intellect, Cleopatra maintained Egypt’s independence until her dying breath by allying herself with her most powerful enemies. Her two decade rule was dramatic in every aspect—she killed her brothers and sisters for the throne, battled against powerful Roman rulers, had passionately seduced Roman Generals Julius Caesar and Mark Antony as her lovers, actively engaged in military combats, divinized herself as a Goddess, and terminated her life in the most bizarre fashion. Remembered as one of the most alluring leaders in the pages of history, Cleopatra’s life has been clouded by a lot of myths as well. There are many amazing facts about her life and her monarchical rule that not many are aware of. With this write-up, brief yourself with some interesting facts about Cleopatra. 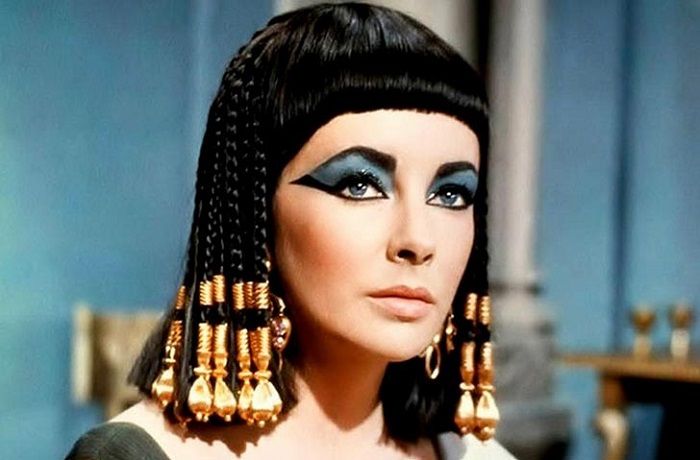 Yes, as astounding as it may seem to be, Cleopatra wasn’t an Egyptian. If you trace the roots of Cleopatra’s existence, you would be surprised to know that she was in fact, a Macedonian Greek. When Ptolemy took over the reigns of Egypt after Alexander’s death, he set a dynasty of Greek-speaking rulers who were not ethnically Egyptian. Having said that Cleopatra however, was the first to embrace ancient Egyptian culture! What’s more, she became the first of the Ptolemaic line to learn the Egyptian language as well.

Talk of Cleopatra and the first thing that strikes the mind is an enchanting empress. Often cited as an epitome of beauty, Cleopatra used her sex appeal as a political weapon to win over her enemies. But, Cleopatra wasn’t all beautiful and charming only – in fact, she was extremely intelligent. A multilingual, Cleopatra spoke in a dozen languages. What’s more, she was highly educated in mathematics, philosophy, oratory and astronomy. It was this deadly combination of irresistible charm and scholarly intelligence that made her a magnetic personality!

Do you know that in ancient era, royal members of the family often married their own family members to preserve the purity of their bloodline? Yes, as strange as it may seem to be, but it is true. Member of the Ptolemaic dynasty too tied the nuptials with their own cousins and siblings. It is likely that Cleopatra’s parents were actually brother and sister. Following the family tradition, Cleopatra too married her two real adolescent brothers. 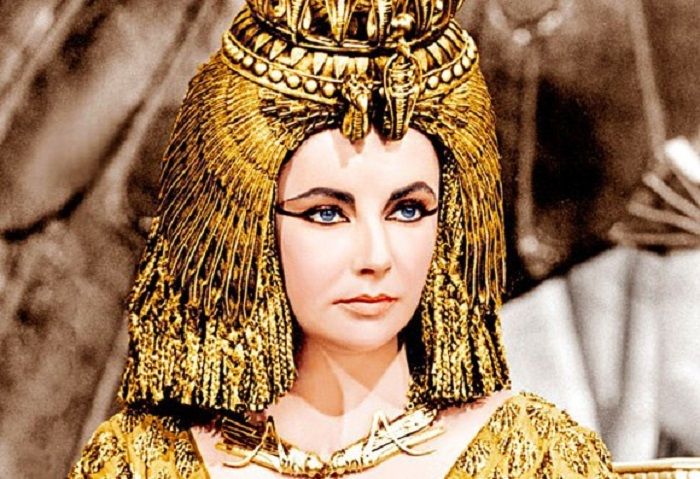 Cleopatra was one of the cleverest and sharpest rulers of Egypt. Her hunger for power can be seen for the fact that to retain her role as a co-ruler, she married her younger brother who was the co-inheritor of the throne. What’s more, when she lost her throne to her brother, instead of being under his kingship, she fought against him. Her brother, who had found an ally in Julius Ceasar, could not assess his sibling-wife’s thirst for throne. Playing her beauty card, Cleopatra finally won the battle, drowning her brother to death. What’s more, she poisoned her younger brother as well as killed her sister to be the unchallenged ruler!

Cleopatra followed the footsteps of her predecessors and looted Alexander the Great’s grave. The Battle of Actium that wiped out much of her forces left Cleopatra with no money. She subsequently raided Alexander’s mausoleum and her own ancestors’ resting places to get precious metals to fund her continuing campaign against Rome. She took gold from Alexander’s grave, in particular, for her mission. Ironically, it wasn’t until the Roman Octavian conquered Alexandria that Alexander got a gold crown back again.

We all know for the fact that Julius Caesar was head-over-heels in love with Cleopatra. However, what not many know is that Caesar was her rival before he was charmed by her. Yes, her brother and Caesar allied against her until she delivered herself to the latter enwrapped in a carpet. Her enchanting beauty and irresistible charm insistently weakened Caesar in the knees. What happened next didn’t surprise anyone. The tables were turned and Caesar turned her ally. Together, they fought her brother and secured her the throne. Cleopatra and Caesar turned lovers despite their enormous age difference, he being 52 and she just 21!

When Caesar brought Cleopatra to Rome as his mistress (he already had a wife), there were hues of disparagement all over. The undertone of the criticism took a volcanic form when Caesar erected a statue of her in the temple of Venus. Though everyone admonished her presence, none could deny being bowled over by her beauty. As much as the Roman women rebuked her, they longed to be a mirror image of her. In no time, Cleopatra became the iconic fashionista of Roman women – they dressed like her, wore their hair like her, copied her makeup and even included her distinctive pearl jewellery in their jewel box!

When Cleopatra set forth to meet Mark Antony, her entry was anything but magnificently grandeur! Dressed as Aphrodite, or Goddess of Love, she, with all her charm and oomph, rode down the Nile on a golden barge with a purple sail. Her attendants dressed in Cupid costumes fanned her. Antony, who considered himself as Bacchus, or God of Wine and Partying, was bemused at the sight. Legend has it that Aphrodite once had an affair with Bacchus. Cashing on it, Cleopatra played her cards well and impressed Antony. The two soon fell in love with each other. 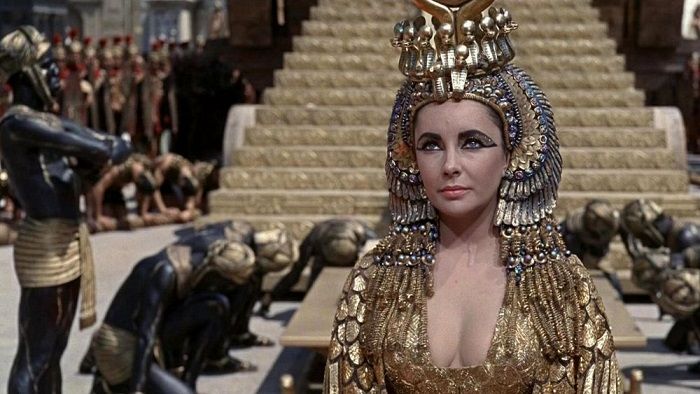 Drinking club may be a common phenomenon today but it was a rarity in the past. Braving all odds, Cleopatra started a drinking club with Roman General Mark Antony. Both of them were dependent on each other – while she needed him to protect Egypt’s independence, he needed an access to Egypt’s riches and resources. As such to spend more time together, Cleopatra and Antony started a drinking club ‘Inimitable Livers’ that allowed them nightly feasts and wine-binges. They even played elaborate games and contests, their favourite being playing pranks on the local residents of Alexandria.

A celebrated Egyptian leader, Cleopatra’s death has been a subject of much discussion. While it is mostly believed that she enticed a venomous asp to bite her so as to end her life, historians argue against it. Plutarch claims that she concealed a deadly poison in one of her combs and used the same to end her life. More recent historians claim that she used a pin dipped in poisonous venom and stabbed herself with it. Cleopatra truly lived a dramatic life, till the end. And what is even more enticing is the fact that her tomb remains undiscovered even as you read this today. For all her wondrous fame, Cleopatra remains undiscovered!

Egypt may be a mere province of the Roman Empire in the later centuries but the glorious country has had a rich history whose cultural significance and popularity multiplied by folds during Cleopatra’s reign. The Last Pharaoh of Egypt, Cleopatra brought immense fame and everlasting glory to the country. Both with her charming beauty and scholarly intelligence, she made Egypt one of the powerful countries of the world. With her death, Egyptian dynasties fell under the sandal of Roman Empire.

Cleopatra lived a life of fantasy and dream. The Queen of Nile has been an inspiration for many filmmakers from across the globe. One particular screening however deserves an important mention – the 1963 film ‘Cleopatra’ played by Elizabeth Taylor. The film, originally intended to be produced with a budget of $2 million, was in turn made of $44 million, including some $200,000 just to cover the cost of Taylor’s costumes. ‘Cleopatra’ has been branded as the most expensive movie ever made. At the time of release, it nearly bankrupted the studio. Despite taking such a big risk, the studio’s fortune turned as the film became a box office blockbuster. Taking the current inflation, ‘Cleopatra’ remains one of the priciest movies in history even today!