One half of the popular American music and dance duo ‘Chris & Debo,’ Chris Gone Crazy is already making waves in the entertainment industry and the social-media scene. The Chicago-based hip-hop singer and rapper initially began his career with ‘Instagram,’ by posting his photos on the platform. Gradually, he began focusing on music and has now released his track ‘Bring Em Out,’ along with Famous Debo, who is the other half their music duo. Not much is known about his family or personal life. However, Chris has been in the news for his relationship with well-known American rapper Famous Ocean, who is part of the all-girl music group ‘Hollywood Dollz.’ Rumors claimed that they had split in mid-2019, but Famous Ocean made it clear on social media later that they were still going strong.

Chris Gone Crazy was born on January 20, 2003, in Chicago, Illinois, United States. Not much is known about his family or academic background, and it seems he likes to keep details about his personal life away from the media. 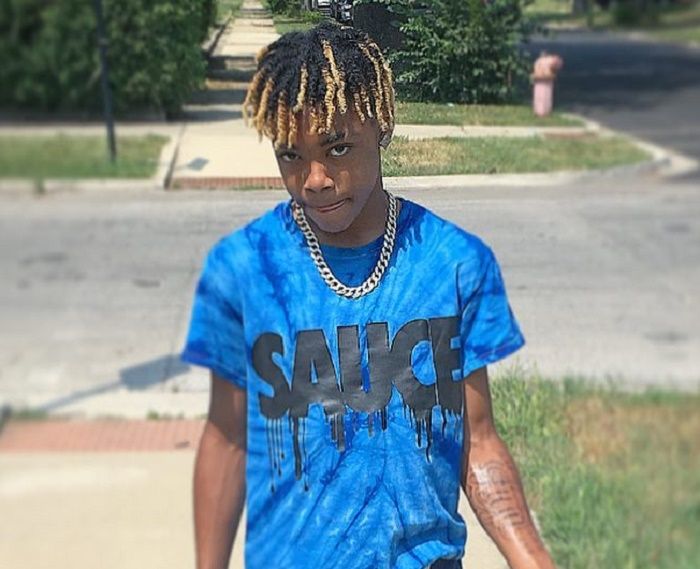 His entertaining dubsmash and lip-sync videos have made him hugely popular on the platform. He also appears on social media in quirky outfits and applies various ‘Snapchat’ filters. He is known for his effortless mimicry of popular singers and musicians. His popularity soared soon, and he managed to gain 100,000 followers on the platform by May 2018. His ‘Instagram’ account now has more than 1.4 million followers.

Chris has collaborated with model, actor, and social-media influencer Curly Head Monty for a video. Chris shared the video on ‘Instagram’ in April 2018.

He is also part of the dance and music duo ‘Chris & Debo,’ with popular ‘Instagram’ star Derrick Cummings, better known as “Famous Debo,” or “Debo,” who is also from Chicago, Illinois. Chris’s collaborations with Famous Debo consist of catchy dance performances and tracks. Their music focuses on the rap and hip-hop genres. Famous Debo, too, has his individual ‘Instagram’ account, which has gained more than 900 thousand followers, over the years. Between themselves, both Chris and Debo achieved more than 500,000 ‘Instagram’ followers (combined) by the summer of 2018. Their tracks can be found on ‘Spotify’ and ‘SoundCloud.’

Chris and Debo are also present on ‘YouTube,’ where they launched their own channel, ‘Chris & Debo Mafia,’ on May 7, 2017. They have garnered more than 8 million views and over 200 thousand subscribers on the platform. Their channel hosts their music, pranks, and other content. On October 21, 2019, they released the official music video of their song ‘Bring Em Out.’ The video has, to date, earned over 2 million views and has been widely appreciated by their fans.

On May 6, 2019, Famous Ocean uploaded a video titled ‘THE REASON WHY ME AND CHRIS BROKE UP.’ It made her fans sad. However, in May 2019, she created a short hip-hop song named ‘BYE BYE (CHRIS EX BIH),’ through which she “dissed” Chris’s former girlfriend. It seemed from the song that Chris and Famous Ocean were back together. Following this, Famous Ocean made a social-media post with the caption: “Told his ex she sipping tea we drinking champagne now.” Soon, Famous Ocean clarified that she and Chris were still in love with each other and that nothing would be able to create issues in their relationship.