Famous As:- British Charity Entrepreneur and Ex-Husband of Singer-Songwriter, Adele

Simon Konecki, better known as English singer-songwriter Adele’s former husband, is also an American–British entrepreneur in his own right. The ‘Eton’-educated former investment banker now has his very own charity, ‘Drop 4 Drop,’ which provides clear water to scores of people in developing nations. Konecki was previously married to fashion stylist Clary Fisher. Though many blamed Adele for ruining their marriage, it is believed Konecki had met Adele much after his first marriage ended. Adele gave birth to Konecki’s son in 2012. By then, Konecki and Adele were rumored to be secretly married, but they continued to deny such rumors, until Adele thanked Konecki at her 2017 ‘Grammy’ acceptance speech, mentioning him as her “husband.” He is said to have inspired many of Adele’s songs. Unfortunately, their marriage ended with Adele filing for divorce in September 2019. 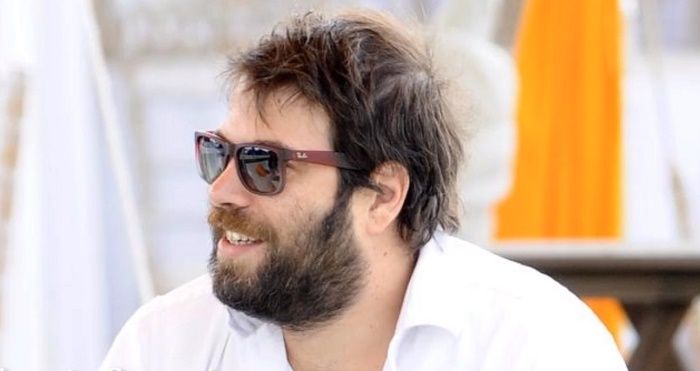 Simon Christopher Konecki was born on April 17, 1974, in New York, United States, to Rosemary and Andrew Konecki. His surname, “Konecki,” hints at a Jewish and Polish origin.

His nickname is “Swamp.” Konecki once stated that the name probably originated from his “long hair and leftie views.”

He was raised in New York City for the first 10 years of his life and moved to London just before stepping into his teenage years.

He joined ‘Eton College,’ where he had Tom Parker Bowles and Bear Grylls as his schoolmates. While in England, he had also met Lucas White, who later became his business partner. 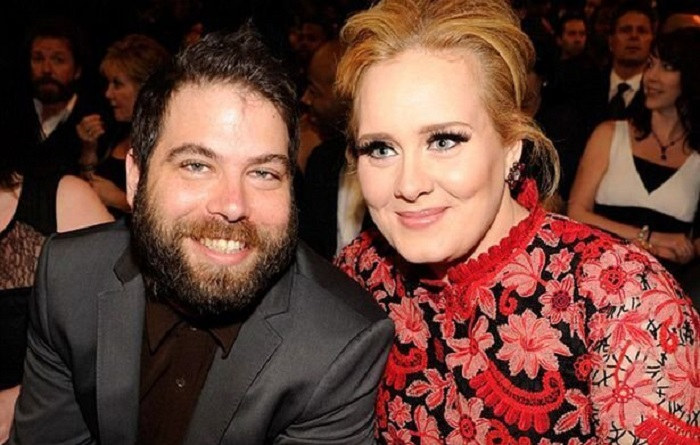 He initially worked as the director of the investment group ‘EBS,’ a division of brokerage giant ‘Icap.’ Following this, he joined ‘Lehman Brothers,’ where he worked as an investment banker. After working there for 3 years, in 2005, he quit, since he thought the money-driven corporate world was not the place he wanted to be in. Instead, he wished to create a positive impact and bridge the rich–poor gap in the world.

He got in touch with White and proposed the idea for the company ‘Life Water.’ It was a company that was focused on producing ethical water. The company and its charity partner, ‘Drop 4 Drop,’ worked on making clear water accessible across the world, especially in developing nations. ‘Drop4Drop’ has received support from comedian Stephen Fry and actor Sid Owen.

Simon Konecki’s Relationship with Adele: How Did They Meet?

In January 2012, Simon Konecki was clicked enjoying a vacation with renowned English singer Adele in Florida. They were seen visiting the ‘Everglades National Park.’ Konecki’s parents lived in Boca Raton, Florida, back then. Konecki and Adele were also spotted on the beach and boarding an alligator-viewing airboat. Rumors claim they had apparently started dating in mid-2011.

Adele had earlier promised her fans that she would join ‘Twitter’ if they followed ‘Drop4Drop,’ Konecki’s charity, on the platform. This had fueled their dating rumors. 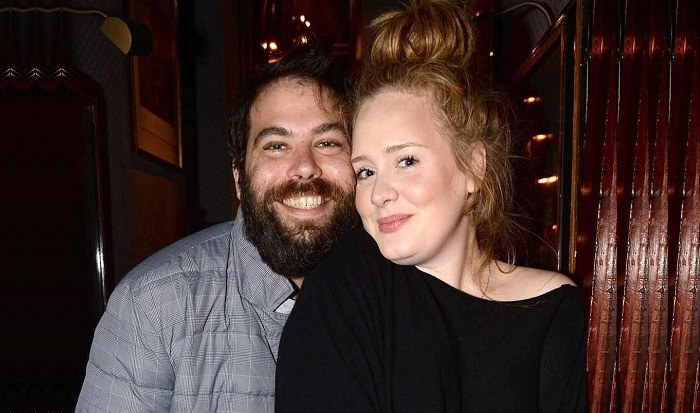 Konecki was earlier married to fashion stylist Clary Fisher. Konecki had married Clary in 2004, and they had had a daughter in 2007. Though critics blamed Adele for breaking Konecki’s first marriage, Adele and Konecki both claimed that he was already separated by the time he got into a relationship with Adele. Konecki and Clary had apparently divorced in 2008, around 4 years before he had met Adele.

In June 2012, Adele announced that she was pregnant with their first child. On October 19, 2012, Adele and Konecki became proud parents of their son, Angelo James Konecki. 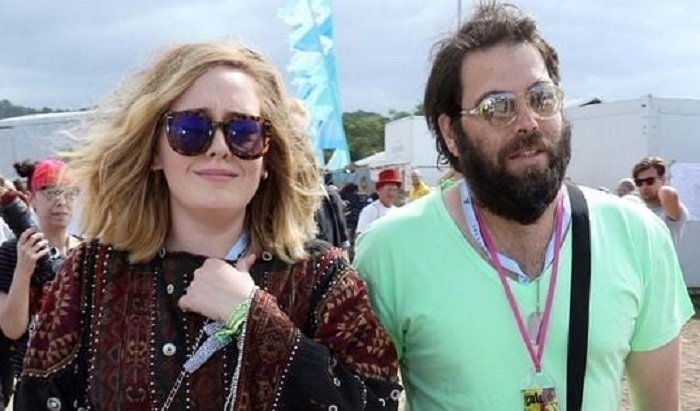 In early 2017, Adele and Konecki were spotted wearing similar bands, fueling rumors that they were married. Adele, however, denied all such rumors. During her acceptance speech for the ‘Grammy’ award for the ‘Album of the Year’ in 2017, she thanked her “husband,” Konecki, which proved for the first time that she was indeed married to him. She confirmed her marriage again during a concert in Australia in March 2017.

Some rumors claim that Adele had already been married to Konecki back in 2016, when she threw a ‘Titanic’-themed wedding party, which was then thought to be her birthday party. However, later, documents suggested they were married on May 6, 2018. Thus, there is a lot of confusion regarding the exact date of their wedding.

Why Did They Split?

In April 2019, Adele confirmed that news of her split with Konecki, after spending over 7 years together. On September 13, 2019, Adele officially filed for divorce. No reason for the split was provided to the media. 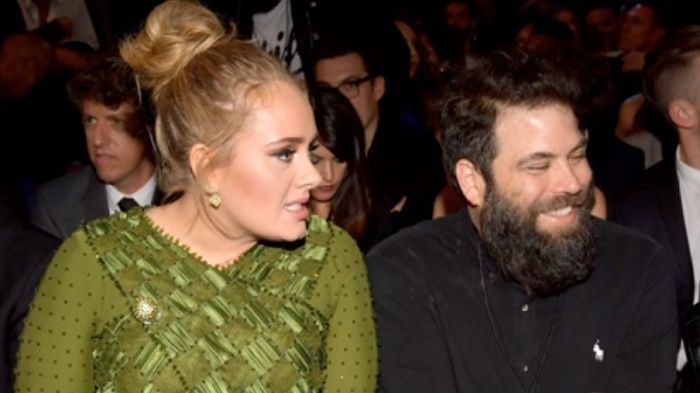 It is speculated that in absence of a pre-nuptial agreement, they will divide their $180 million (£144 million) fortune and would raise their child jointly.

Following this, Adele has been spotted with rapper Skepta, whom she is rumored to be dating. However, it is not known if Konecki is dating anyone at present.

Simon Konecki is often compared to American actor Zach Galifianakis for his uncanny resemblance to him.

When he was once asked which celebrity he would want to hire to work for him, Konecki had said “Snoop Dogg — to answer the phones with his dulcet tones.” 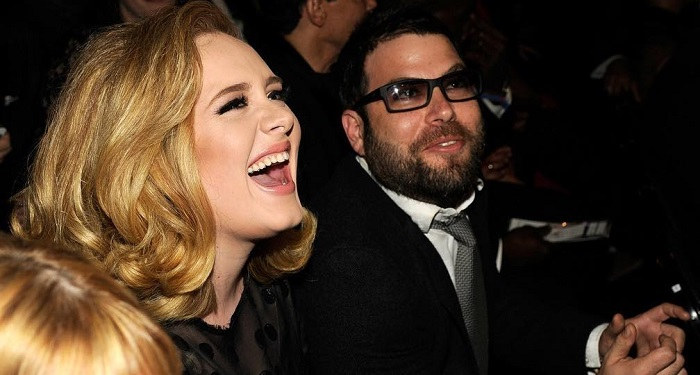 Konecki apparently inspired Adele’s third studio album, ’25.’ Songs such as “Water Under the Bridge,” “Remedy,” “I Miss You,” “Lay Me Down,” and “Why Do You Love Me” were all reportedly inspired by their relationship.

On October 17, 2016, Adele and Konecki celebrated their fifth (dating) anniversary. He surprised her when she was on a tour, by replacing some of the white confetti that was showered on her during the song “Rolling in the Deep” with pink confetti containing handwritten notes to her.