Joey Birlem is an American social media star who is most popular on Instagram and TikTok. He has amassed more than a million followers on each of the two platforms within a couple of years, and also has a growing YouTube channel which has garnered over six million views. He is known for showcasing his musical talents on TikTok and uploading various types of videos, including challenges, vlogs, and Q&As, on his YouTube channel, often in collaboration with his friend Tayler Holder or his sister Sophia.

Joey Birlem took music lessons and is a skilled skateboarder

Joey Birlem took music lessons when he was very young and later joined Musical.ly, now TikTok, to express his musical talents. However, one thing he is very passionate about is skateboarding. He fell in love with skateboarding as a teenager and often made videos showcasing his skills. He also took part in local skateboarding competitions. He is personally very proud of his skateboarding skills. He is obsessed with hoverboards and shares the interest with his best friend and social media star Tayler Holder. 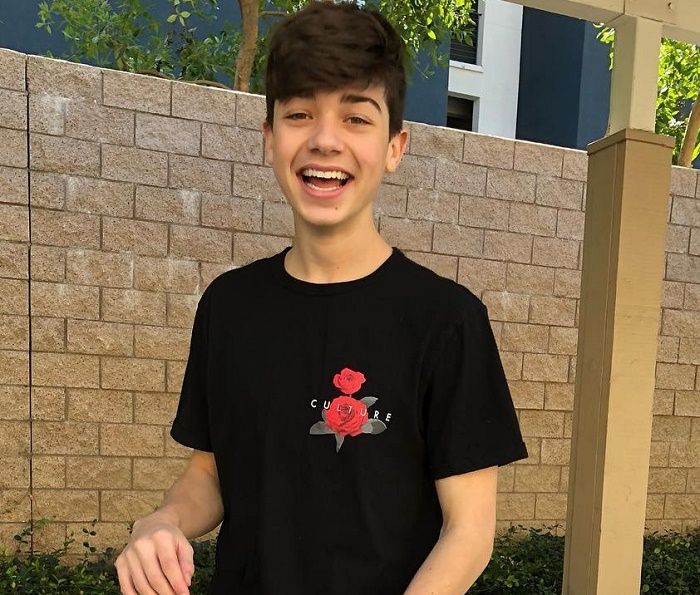 He first gained popularity on TikTok

Joey Birlem’s first exposure on social media was through the micro-blogging site Twitter on which he mostly shared information about his athletic interests, often promoting the skateboarding events he participated in. He subsequently joined several other social media platforms by late 2016, including Musical.ly, Instagram, and YouTube. He initially rose to fame on Musical.ly due to his musical and lip-sync videos. In fact, he has most fans, nearly 2 million, on the platform, which is now known as TikTok. He is also very popular on Instagram with 1.5 million followers and has 209k subscribers on YouTube. Among the various social media platforms, Twitter is his favorite even though he is more involved with Instagram.

Joey Birlem had a joint YouTube channel with Tayler Holder

In January 2016, while he had not yet gained online fame, Joey Birlem and his friend Tayler Holder, also an Instagram and TikTok star, had created a joint YouTube channel, aptly named ‘Joey and Tayler’, where they collaborated on different types of videos. They later became more involved with their separate personal social media profiles and YouTube channels; Joey created his eponymous personal channel in September 2016 and began uploading videos on it that same month. His channel with Tayler is not active anymore, but his friend makes regular appearances on his channel and vice versa.

Joey Birlem is also good friends with another Instagram star of his age, Charles Gitnick, and the two created the social media stars group ‘Team Choey’ in 2017. YouTuber and sneaker collector Chad Nazam later became part of the team, as did 14-year-old YouTube star Kylie Cantrall. The team has toured around the world including trips to Australia and Canada. The team threw a huge birthday party for Joey in Orange County in May 2018, during which rapper and Instagram star Lil Tay appeared on stage. It were their fans who first referred to Joey Birlem and Charles Gitnick as ‘Choey’.

‘Brikey’ is the acronym social media influencers Mikey Baron and Bryce Hall are known by together, and they had a joint YouTube channel with the same title. On April 28, 2018, Bryce Hall uploaded a video featuring Joey Birlem and Charles Gitnick in which he clarified to his viewers that they would not be able to continue the channel, but at the same time did not want the channel to go to ‘waste’. He then stated that they were handing over the channel to Team Choey, which will be posting videos regularly. The now-renamed channel contains only four videos, the last of which was posted over a year ago.

The first video posted on the Team Choey channel on April 29, 2018, the day after Joey Birlem and Charles Gitnick took over the channel, was a music video titled ‘Anything’ by Aria Brown featuring both the social media stars. It was a song by one of their fans who followed her dreams of releasing her own track and featured her favorite online influencers in it. Joey can be seen rapping at the end of the music video for the song which is supposed to be an inspiration for the fans to follow their dreams to achieve anything imaginable.

He uploaded a video on his YouTube channel on April 1, 2017, to let his fans know that he would be taking a break from YouTube and would not be able to post videos on the platform for unforeseeable future. While he primarily cited focusing on his studies as the reason behind the decision, he also maintained that he will be active on other social media platforms. However, at the end of the video, he clarified that it was an April Fools’ prank and that he had no intention of stopping.

Joey Birlem is friends with a lot of popular social media influencers such as Jacob Sartorius, Bryce Hall, Mark Thomas, Charles Gitnik, and many more, and had been on tours with several of them in the past. He was on the MAGCON family group of boys and toured with them in 2017. The same year, he was also on the ‘Weekend Rush Tour’. However, he got recognition in 2018 after he supported social media star and pop singer Jacob Sartorius on his ‘Sartorian Summer Send-Off’ tour.

Joey Birlem has his own clothing brand

Joey Birlem fans had been demanding for a long time that he should release his merchandise. Birlem had often responded by saying that he would launch merchandise once he reached a certain number of fans. In September, 2018, Joey Birlem along with his younger sister Sophia, he launched a clothing brand titled ‘Too Fresh’ (stylized as ‘II Fresh’). Following the launch of the brand, they visited the Famous Birthdays office, where they promoted the brand, apart from answering fan questions and creating challenge videos. His current merchandise, which mostly contains quoted T-shirts, T-shirts with his face, and iPhone cases, don’t seem to be using that brand name anymore. 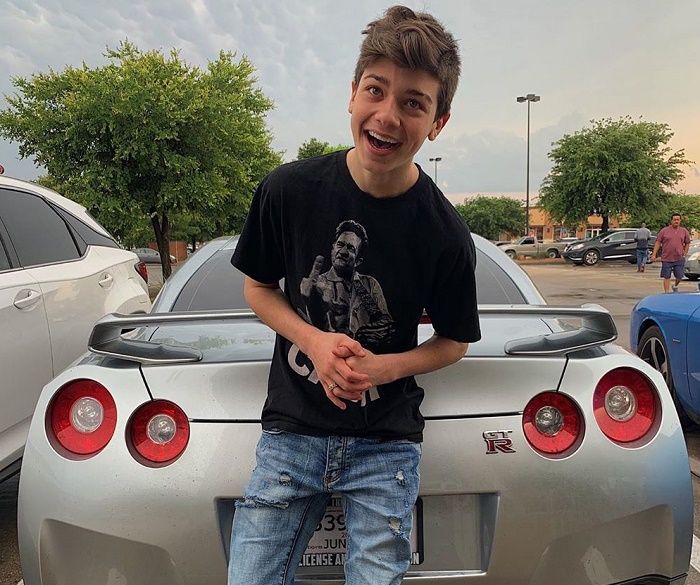 Joey Birlem has an older sister named Bella, an older brother named Scotty, and a younger sister named Sophia from her mother, Jen Valdez, and his father, Nick Birlem. His parents are divorced and his mother has married again. The family welcomed a baby boy named Kashius about two years ago. While his mother, step-father Drewski and his siblings regularly make appearances on his images and videos on social media, they were very secretive about publishing the picture of the baby on the internet. However, private pictures of the family showing the face of the baby got leaked online, which he later addressed on Twitter in December 2017. Interestingly, baby Kashius is about 13 years younger than Joey’s second youngest sibling, Sophia, and his mother was cautious about having a pregnancy in her forties.

While he is popularly known as Joey Birlem on the internet, his full name is Joseph Matthew Birlem. On the day he turned 17, his mother wished him happy birthday on her Instagram profile with a picture together with him mentioning him by his full name. He is very close to his mother, whom he wished on Mother’s day and thanked for being very supportive. However, he does not seem to be close to his father Nick Birlem, who is active on Facebook, but the two never interact over social media or wish each other online. Even though Joey lives in Los Angles now, he was born in Santa Cruz, where his father lives, and attended school there.