Abdulfattah Jandali is an American businessman, restaurateur and former teaching assistant of Syrian origin who is best known as the biological father of Steve Jobs, the late CEO and co-founder of Apple Inc. With his ex-wife Joanne Schieble, he also fathered Mona Simpson, who went on to become a successful academic and novelist. He has not been to Syria in four decades and misses the close bonds he shared with family and friends there, but recently traveled to Lebanon and Dubai to meet relatives. Syrian-American composer, Malek Jandali, is his nephew. 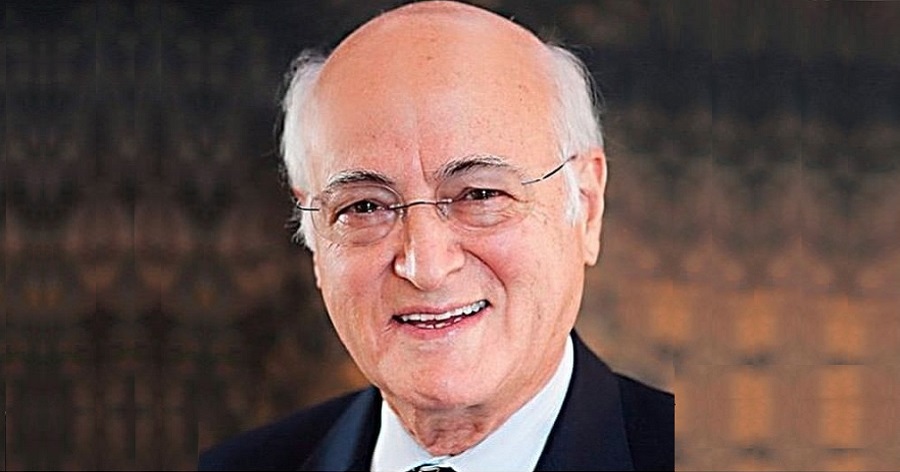 He Is Syrian by Birth

Abdulfattah ‘John’ (al-)Jandali was born on March 15, 1931, into an Arab Muslim household in the city of Homs in Syria. His father was a wealthy landowner and self-made millionaire who, according to Jandali, owned “several entire villages”. While his father had complete authority over his household, his mother, a traditional Muslim woman, was an “obedient” housewife who took care of the children and played a secondary role in their upbringing like most women of the time. He was one of five children of his parents and grew up with four sisters. His father, who did not have a good education, wanted his children to be well-educated and have more opportunities than he had.

He Was Jailed for His Activism as a Student

At the age of 18, Abdulfattah Jandali left Syria to study at the American University of Beirut. Jandali, who supported Arab unity and independence but was not a member of any particular party, soon became an activist in the student nationalist movement. He was the head of the Al-Urwa Al-Wuthqa Association, an intellectual and literary society that included notable figures from the Arab nationalists’ movements such as George Habash, Constantine Zareeq, and Shafiq Al-Hout. The society was disbanded following the violent demonstrations of March 1954 on the university campus against the Baghdad Pact. He was imprisoned for three days for his involvement in a demonstration regarding the independence of Algeria. He spent three years and a half at the American University of Beirut and believes that those were the best days of his life. He made several lifelong friends there and also became interested in law and political science.

He Studied and Taught in America

Abdulfattah Jandali wanted to be a lawyer and hoped to study law at Damascus University after completing his graduation from Beirut. However, his authoritarian father believed that there were “too many lawyers in Syria”, because of which he decided to continue his higher studies in the United States. In America, he stayed with a relative named Najm Al-Deen Al-Rifa’i who was a delegate of Syria to the United Nations in New York. He initially enrolled at Columbia University, but after a year, he went to Wisconsin University with grants to earn his master’s and doctorate degrees. He studied international law and economy there, and as a doctoral candidate, also served as a teaching assistant. 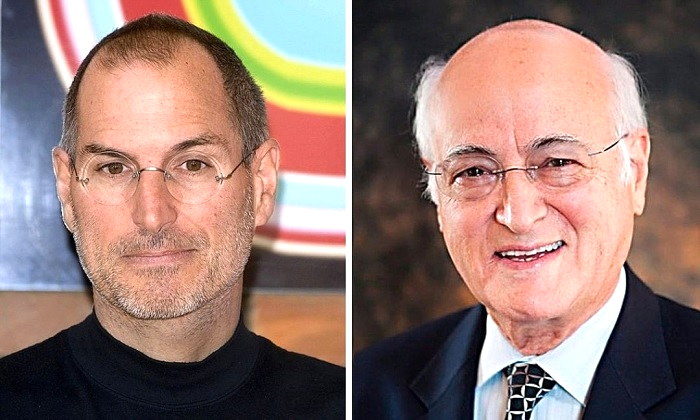 He Fathered Steve Jobs Out of Wedlock

At Wisconsin University, Abdulfattah Jandali met Joanne Carole Schieble, a Catholic of Swiss and German descent, who was the same age as him, but was a student at a course he was teaching. The two fell in love soon, and while spending the summer of 1954 with his family in Homs, Schieble became pregnant. However, her conservative parents were against her dating a Syrian immigrant and a Muslim, and threatened to end connection with her if she did not leave him. She decided to move to San Francisco to have the baby without anyone knowing, not even Jandali. After giving birth to a boy, the future Steve Jobs, on February 24, 1955, she gave him up for adoption by a wealthy and well-educated family. However, she reluctantly agreed to let Paul and Clara Jobs, both without a college degree, to take the child on the condition that he will be given college education.

He and Schieble Regretted Giving up the Baby

About six months after the baby was given away for adoption, Schieble’s father suddenly died, following which she agreed to marry Jandali. They got married soon after, and both of them regretted the fact that if they could have waited a few more months, the baby would still be with them. They felt it even more after the birth of their second child, daughter Mona, a year later. However, as Jandali recounted recently, “nothing to do with Joanne and I was ever meant to be”. He moved to Syria after completing his doctorate, thinking that he would find work in the government. However, when that did not happen, he took job as a manager at a refinery plant in his hometown. Schieble left him during this period, and the two eventually got divorced in 1962.

He Settled in America

Abdulfattah Jandali was more interested in pursuing an academic career and left Syria to permanently settle in America, adding ‘John’ to his name. He served as an assistant professor at Michigan University and later at Nevada University, but was unsatisfied with the poor pay grade and “the prevailing belief that professors only taught because they couldn’t do anything else”. As he became interested in making money, he bought a restaurant in Nevada and eventually left his academic work to focus on business. He subsequently worked as a manager at various companies and organizations in Las Vegas, and opened two more restaurants in Reno. He later became vice president and general manager of Boomtown Casino Hotel, where he worked till his eighties before opening his own restaurant, Jandali’s. He married twice more, including former hospice nurse Roscille Colburn-Jandali, but did not have any more children. 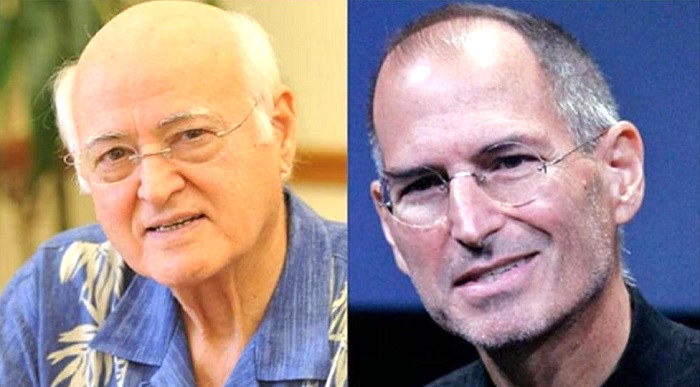 His Daughter Tracked Him Down

Following his divorce from Schieble, Jandali lost connection with his daughter Mona when she was only four. He did not contact his ex-wife after returning to America as she was already married to an ice-skating teacher named George Simpson, whose surname his daughter took. However, he and Joanne got back in touch about 10 years later when she was raising Mona as a single mother after divorcing her second husband in 1970. Unfortunately, they again lost contact after she moved without letting him know. About a decade had passed before his daughter, now an adult, tracked him down in Sacramento, California. By this time, she had also met her long-lost biological brother Steve Jobs, but the latter, who believed that Jandali did not treat his children well, refused to meet him or reveal his identity to him.

He Has a Lot in Common with Steve Jobs

Despite Abdulfattah Jandali never being there for his son, the two shared striking similarities both in appearance and in character. At a glance, one could easily trace their receding hairlines in exactly same places and the fact that they both wore rimless glasses. Furthermore, they both shared the same passion for their work and became successful executives, although Jandali at a much smaller scale than his enormously famous son. On a deeper level, Jobs had a life parallel to that of a younger Jandali. As a college student, Steve Jobs also had a child out of wedlock, daughter Lisa Brennan-Jobs, with budding painter Chris-Ann Brennan, and went as far as to claim that he was sterile to deny paternity. 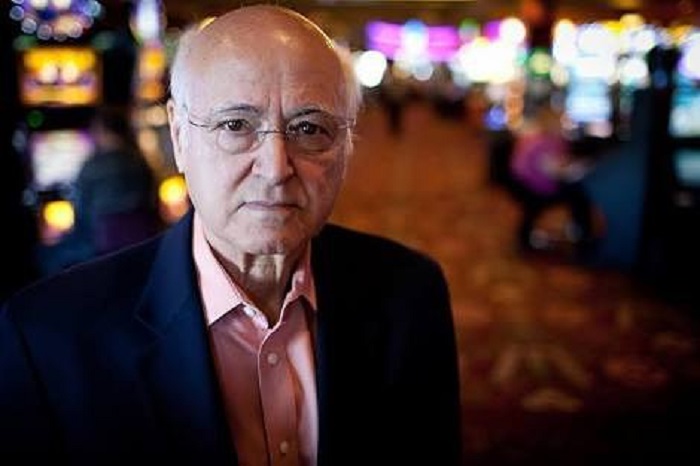 One remarkable difference between Abdulfattah Jandali Jandali and his son Jobs was that the latter was plagued by ill-health, largely due to his long battle with pancreatic cancer. In contrast, Jandali, always an early riser, worked out in the gym regularly before driving to his work at the casino six days a week. While he refuses to retire even in his late eighties, believing that retirement is one of the worst institutions of the Western society, his son was forced to step down from his position as CEO of Apple on August 24, 2011, to focus on his health. He died six weeks later due to complications from a relapse of his earlier cancer treatment.

He Never Formally Met His Son

Abdulfattah Jandali Jandali, who did not know who adopted his son, learned about his relationship with Steve Jobs in the late 2000s through an online blog. Soon after he confirmed the news from his daughter, but refused to go and meet his successful son because “the Syrian pride in me does not want him ever to think I am after his fortune”. However, he did reveal to a news outlet that he was eager to spend a few moments with his son before either of them died, and that he occasionally sent emails to his son. While his wish remained unfulfilled as Jobs died months later, Jandali once managed a Mediterranean restaurant near San Jose which was frequented by Jobs, whom he remembered as “a sweet guy and a big tipper”.