Jordan Besson is an American real estate agent who is better recognized as the younger brother of singer-songwriter and “Why Don’t We” band member Corbyn Besson. He currently works as a realtor in the Los Angeles area for the company, Revel Real Estate. He is a former athlete and certified trainer who had obtained his NASM Personal Training Certification at the age of 18. Before becoming a realtor, he worked as a personal trainer at 24 Hour Fitness and as an athlete trainer for school students in Northern Virginia at True Athlete Performance. Thanks to his brother’s fame and his fashionable posts, he has gained over 120k followers on Instagram. His younger sister Ashley Besson is a popular Instagram star as well. He is reportedly in a relationship with Jenny Kelly, who is also a fitness enthusiast. 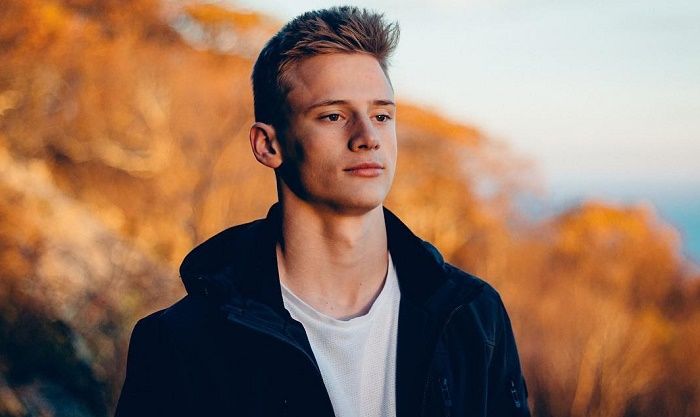 Jordan Besson was born on May 3, 2000 in Clifton, Virginia, United States to Ray and Saskia Carolina Besson. He has an older brother named Corbyn Besson, born on November 25, 1998, and a younger sister named Ashley, born on November 7, 2001. He is half Dutch. According to a statement by his brother, 90% of his family is from the Netherlands, and his grandmother, who still lives there, is a piano teacher. His father is a licensed pilot who previously worked in the military, particularly in the Air Force, which is why the family had to move across the country frequently when he was still young. Apart from Virginia, his family also lived in Florida, South Dakota, and Alabama.

His father, who has a bachelor’s degree in science from Louisiana Tech University and a master’s degree in business administration from Tuoro University, later became a senior manager for Amazon and settled in Seattle, Washington. Ray is actively involved in his son Corbyn’s charitable initiatives and the two have helped professional contractors in building houses and installing electric wiring for poor people. 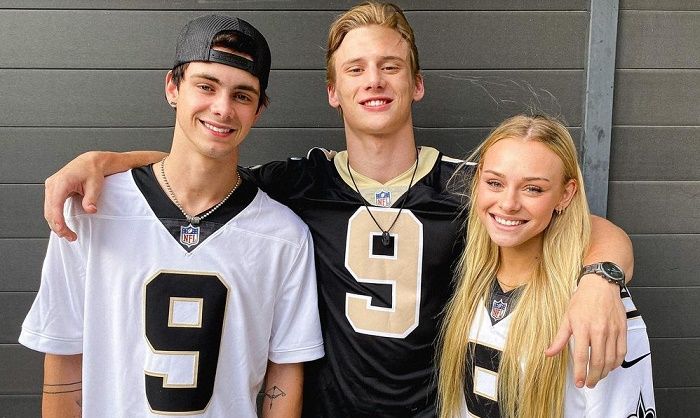 Jordan Besson’s older brother, Corbyn, who used to sing songs by the Backstreet Boys and Michael Jackson when he was just a toddler, got his first electric guitar as a gift when he was 12 and quickly developed a passion for music. He had initially begun singing anonymously through Xbox voice chat and later started posting cover versions on his Instagram. He first gained popularity and began earning money on the broadcasting site YouNow and released his first solo single “The Only One” on December 17, 2014. He subsequently met future band-mates Jack Avery, Zach Herron and Jonah Marais as he went on tours with other social media stars, and began messaging Daniel Seavey after watching him on American Idol. The five teamed up to form the band “Why Don’t We” on September 27, 2016. The group was named as Radio Disney’s “Next Big Thing” in 2017 and was nominated for MTV’s “Push Artist of the Year” the following year.

As Corbyn became established as a successful pop singer, the rest of his family, including Jordan, were exposed to the media and to inquisitive fans. Jordan Besson, however, has been present on social media since 2013; he joined Twitter in January 2013 and made his first Instagram post in February that year. 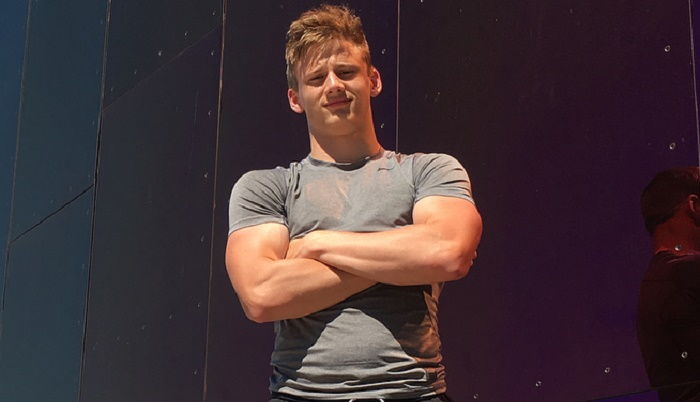 He Is a Former Athlete and a Certified Trainer

Jordan Besson played American football for his school team while attending Centreville High School in Clifton, Virginia. He represented his school in the sport during his junior and senior years before completing his graduation in 2018. During his two playing years, he scored 14 goals in 14 matches for the Centreville Wildcats and also assisted his teammates in scoring six more goals. He remained passionate about fitness even after leaving school and obtained his NASM Personal Training Certification when he was just out of school at 18. He then continued his training to become an NASM Corrective Exercises Specialist (CES). He worked as a personal trainer at 24 Hour Fitness for about six months and later became an athlete trainer for True Athlete Performance, where he continued to train sports students in Northern Virginia for years.  He is affiliated with Kora Fitness LLC, an athletic gym performance apparel company. He loves to be outdoors and enjoys other sports and activities such as skiing, swimming and boating. He often shares pictures of himself enjoying such activities on his Instagram. 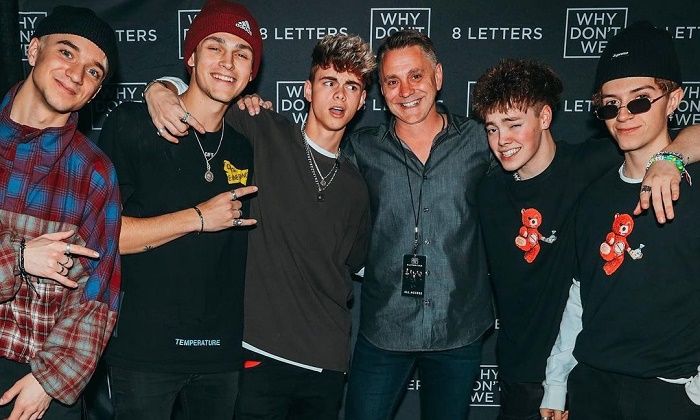 He Now Works as a Realtor

Jordan currently works as a realtor for Revel Real Estate, which primarily services areas of Beverly Hills, Hollywood, and Los Angeles. According to his LinkedIn profile, he joined the company only recently in November 2021 and works in the Los Angeles area. He credits his constant travels as part of a military family for his ability to develop communication and relationship-building skills at a very young age. He hopes to combine his skills and his desire to help others to build meaningful relationships with his clients and help them find their dream homes.