Caleb Coffee is a TikTok star and is a member of the celebrated Coffee family. His father, Jason Coffee is also a big TikTok star. Caleb is known for posting prank videos, lip-sync and dance videos, and pictures and videos showcasing his athletic skills. He can often be seen with his family members, especially his sister Peyton Coffee, on TikTok and several other social media platforms including Instagram and YouTube.

His father is a famous social media star

Caleb Coffee is the child of Jason Coffee, who is a very popular social media star active on several different platforms. His father first got fame on Vine, the looping video sharing platform that was the go-to platform for many during the mid-2010s and was shut down in 2017. He had joined Vine early in 2013 and had nearly a million followers on the platform, but later moved to Musical.ly (now TikTok) in August 2015 and continued his rise to fame. 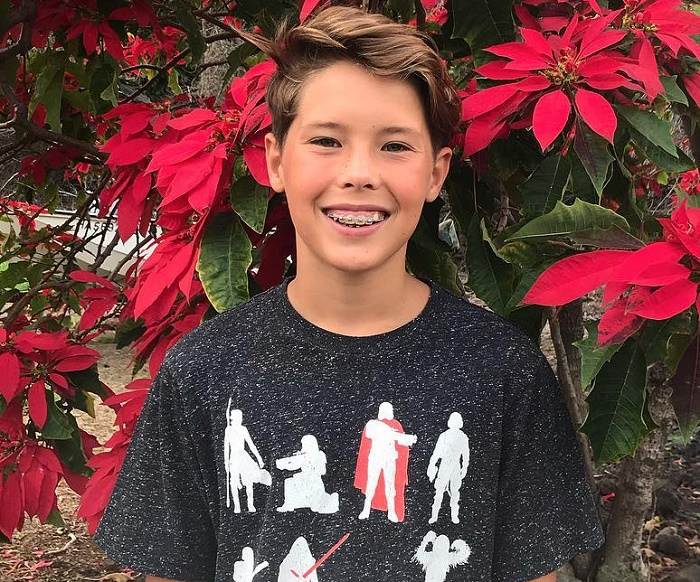 Caleb Coffee is the youngest member of the family and has a brother named Isaac and a sister named Peyton. He and his siblings all have followed in their father’s footsteps into social media. Isaac, who is 20 years old, is a singer and dancer who had over 150k followers on Vine. His sister Peyton had also earned popularity on Vine before it was shut down, and is currently active on Instagram, TikTok and YouTube. However, his mother, Chassy Coffee, is not active on social media except for posting occasional pictures of her family members on Instagram, but appears on the pictures and videos of other family members. An interesting fact about the family is that they were all born in California even though they don’t live there.

Their family name is derived from Starbucks

While Caleb’s whole family is known by the ‘Coffee’ surname, it is not their real surname. His father worked in the beverage industry since 2002 until he gained popularity on the internet. He used to work at the Starbucks coffeehouse chain and loves to drink coffee, which inspired him to adopt it as his last name while creating his social media profiles. He kept it as his online surname after becoming famous and the other family members also began using it as their surname.

Caleb Coffee became interested in social media at the age of 10 after watching his father post funny videos on Vine. Along with his family members, he started to appear regularly on his father’s videos as early as 2013, and later opened his personal Vine account, on which he had earned over 200k followers. He subsequently moved to TikTok, again following his father, and has become popular on that platform too. He currently has over 2 million followers on TikTok and 565k followers on Instagram. Apart from his personal account, he also regularly appears on videos by his father and sister. He is very close to his sister, who is only about a year older than him, and they often feature on videos together.

He is best known for his pranks

Caleb Coffee has earned notoriety on the internet as a child prankster because he loves to play pranks on his family members, especially his father. Back when he was active on Vine, several of his prank videos had earned millions of loops on the platform. One of his most popular Vine videos was titled ‘Got Jason Coffee by pouring 1 dozen eggs over his head!’, posted in May 2014. On TikTok, however, he is better known for posting funny videos, lip-syncs, dance steps, and more. According to a Q&A video on his father’s YouTube channel, his favorite TikTok trend was the one in which people punched their mobile phones and then sat on them.

He is exceptionally good at rock climbing

Caleb Coffee is an athletic child who often posts videos of him performing various feats, such as bouncing on the trampoline, or performing flips. He was also very good at rock climbing as a child, something he is very proud of. When his family lived in Kansas City before relocating to Hawaii, he used to participate in most rock-climbing events locally and won every single event he participated in. Now in Hawaii, he loves to go surfing on the beach. He wants to live in the Bahamas even though he has never visited the island country. While he is very fond of outdoor activities, he also loves to play the popular video game, ‘Fortnite’, and claims to have won ‘Battle Royale’ as well.

He is friends with several other young social media stars

Caleb Coffee is friends with a bunch of young social media stars like him and also often appears with them in pictures and videos. He has posted several videos with @elithebaldie performing various athletic feats. He recently spent time with fellow TikTok star Sarah Graysun and posted pictures on Instagram. He posted pictures with Josh Richards in the swimming pool and with Cash Baker on the beach, and is also friends with Mychaelade.