Famous As:- Father of PewDiePie

Ulf Christian Kjellberg is a Swedish corporate executive who is better known as the father of YouTuber Felix Kjellberg, a.k.a. PewDiePie, who gained popularity for his gameplay videos on the platform. He is a Chalmers University alumnus who currently serves as the CEO and Sales Director of Swedish software company Inobiz. His wife Johanna Kjellberg, an award-winning corporate executive, served as CEO of Volvo Information Technology and the CIO and Vice President of KappAhl. Both he and his wife now serve as directors of their son’s company, Pewdie Productions AB. To his son’s fans, Ulf is particularly known for his likeness to Liverpool manager Jürgen Klopp. 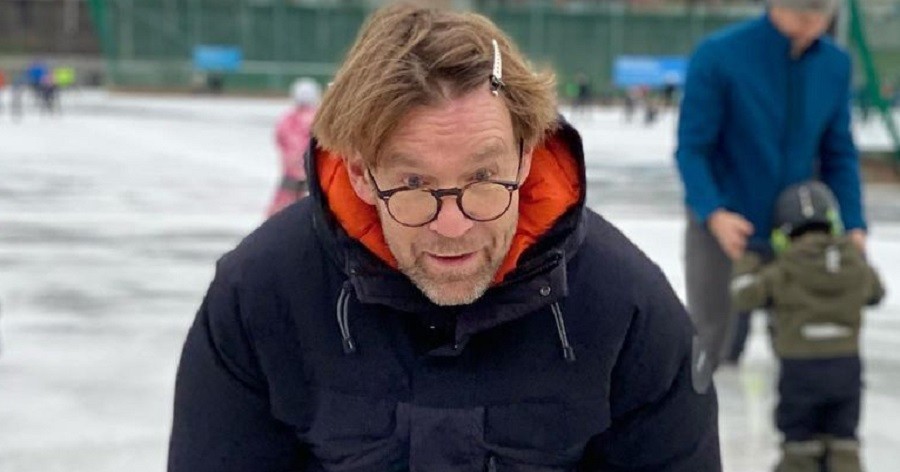 He Is a Corporate Executive

Ulf Christian Kjellberg, who was born on January 8, 1957, in the large city of Gothenburg in Sweden, completed his secondary education from the prestigious Swedish school Polhem. He then pursued a course at Chalmers University of Technology in Gothenburg and went on to work in the business field. He is currently the CEO and Sales Director of Inobiz, a Swedish software company that was established in 1996 in Stockholm, Sweden. After his son Felix established the Pewdie Productions AB in 2013, Ulf began serving as the director of the company alongside his wife and son.

His Wife Was Named CIO of the Year

Ulf Christian Kjellberg is married to Lotta Kristine Johanna (born in May 1958) who is a corporate executive like him and is quite famous in the business world in Sweden. She also studied at Chalmers University of Technology, where Ulf met her for the first time. They later got married and welcomed two children: daughter Fanny Lotta Märta Kjellberg and son Felix Arvid Ulf Kjellberg. She was serving as the CEO at Volvo Information Technology when she received the ‘Golden Touch Award’ in February 2008. Later, she served as the Chief Information Officer (CIO) and Vice President of the Swedish clothing company KappAhl. She was still with the company in December 2010 when she was named ‘CIO of the Year’ by the IDG magazine in Sweden. Two years later, she worked as the CIO at Axstores. Earlier in her career, she was selected as Key Contributor at the Ericsson Group. 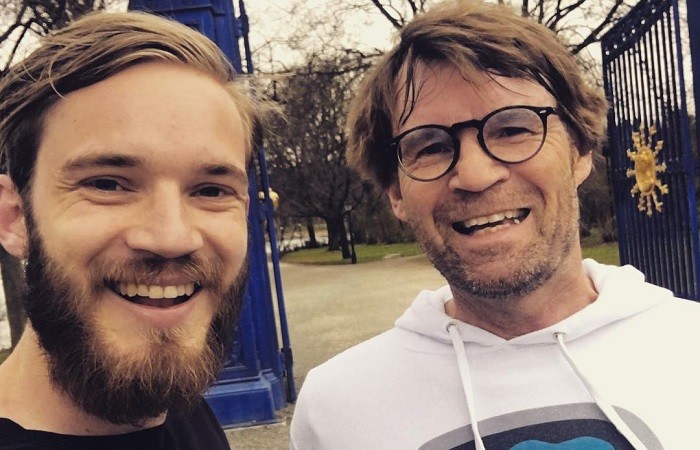 He Gained Fame for His Son

Interestingly, it is not his or his wife’s success in the field of business that made Ulf Christian Kjellberg famous to young people all around the globe. Rather, it is due to the immense popularity of their son, Felix Kjellberg, a.k.a. PewDiePie, on YouTube. Felix, who was always interested in games and in art, often made drawings of popular video game characters, which he later sold to buy a computer for himself. He also lost interest in his industrial economics and technology management course at Chalmers University of Technology and dropped out in 2011. He loved to make gaming videos on YouTube and initially supported himself by serving as a harbor captain, working at a hotdog stand, and even by selling prints of his graphics work. He drew enormous fan following with his comedic “Let’s Play” videos and became the most-subscribed YouTuber by August 2013. He held on to the title until 2019 when he was overtaken by Indian record label T-Series, but his channel is still the most-subscribed one operated by an individual. Even though Ulf does not make appearances on his son’s videos like his wife and daughter, he is still very popular among Felix’s fan base.

He Had Refused to Support Felix Financially

Ulf Christian Kjellberg’s wife Johanna, who believes that “There is an enormous power in gaming”, was the first person to buy Felix video games when he was a child. However, she never realized that he would one day “drop out of school to sit at home and play all day”. In fact, neither of his parents supported Felix when he decided to leave Chalmers University and even told him that “sitting at home playing video-games all day won’t bring you anywhere in life”. Ironically, Ulf’s son is now not only known to youths worldwide, but is also a very influential gaming YouTuber whose coverage of games affect sales profoundly. Furthermore, he has created his own company, Pewdie Productions AB, and was the richest YouTuber in 2015 with $12 million income. 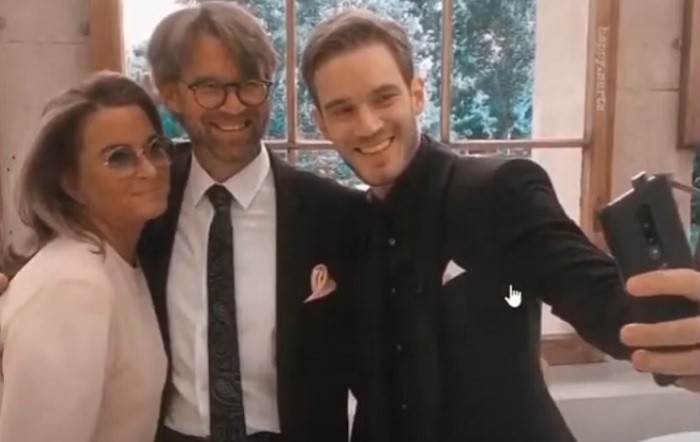 One reason why Ulf has gained a celebrity status among his son’s huge fan base is because of his uncanny likeness to Liverpool manager Jürgen Klopp. A portion of Felix’s fandom likes to believe that Ulf, who rarely makes appearances on his son’s videos, is none other than the German football manager. According to some fans, Felix had once mentioned that Jürgen was like a father to him and he loved him like a son. The conspiracy theorists were further encouraged by the fact that Felix named his horse in the Minecraft game after Jürgen. As a result, Ulf has become a meme material to his son’s fans despite his absence from social media. For instance, a popular meme congratulated Ulf for winning the best coaching award after Jürgen Klopp was named ‘The Best FIFA Men’s Coach: 2019’.

His Daughter Is a Recruitment Manager

While not as famous as his son Felix, Ulf’s daughter Fanny also has a successful career as a recruitment manager. Born on October 14, 1987, she attended Gothenburg Higher Samskola where she received Adlerbertska scholarship for maintaining top grades. She pursued social science with language specialization for higher education before completing her bachelor’s degree in marketing and master’s degree in management and organization from the University of Gothenburg. While still in college, she worked as a Telemarketing Sales Representative for ProVoice before joining KappAhl as a Marketing Assistant. She later worked as a Consultant Manager and then as a Recruitment Manager at the stuffing and recruiting company Academic Resource AB for over nine years. Recently, she joined Johnson & Johnson as its Talent Acquisition Partner for the Nordic countries in April 2021. Fanny, who is married and has two children, is now known as Fanny Sylwander.