Linda Holliday is an American television correspondent, entrepreneur and former beauty pageant competitor who is the longtime girlfriend of Bill Belichick, the celebrated head coach and general manager of the New England Patriots of the National Football League. She is the co-host of the TV show ‘StyleBoston’ and serves as the CEO of the Bill Belichick Foundation. She is loved by Patriots fans for providing updates about her partner and his team’s games on her Instagram profile. 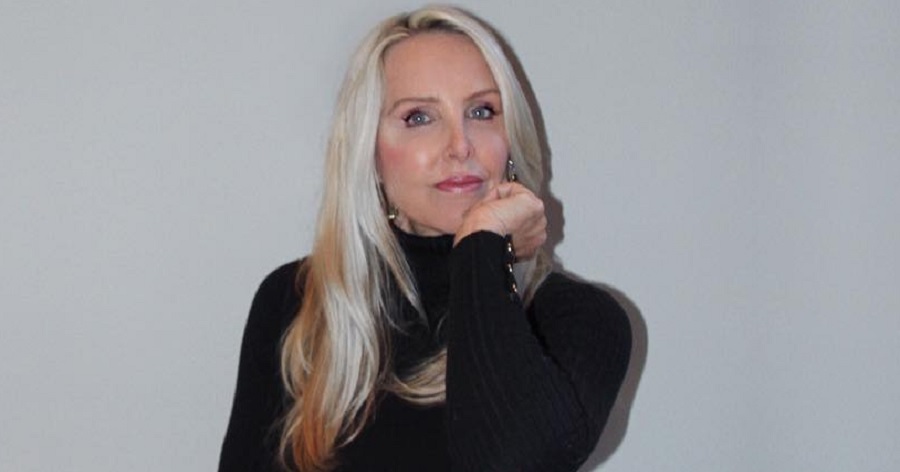 She Is a Beauty Pageant Winner with a Radiography Degree

Linda Kay Holliday, who was born on June 5, 1963, in Nashville, Tennessee, enrolled into Vanderbilt University in 1984. She was part of the Alpha Delta Pi society and earned her Bachelor of Science degree in radiography in 1986. She wanted to pursue a career in medicine, but sidetracked it after becoming interested in pageantry. As a married woman living in Little Rock, Arkansas, she participated in and won the title of Mrs. Little Rock twice and subsequently finished as runner-up in the Mrs. Arkansas pageant as well. In the following years, she went on to coach women on how to participate in beauty pageant contests. Linda, who believes that women in pageants should be judged for their intelligence and speaking skills, recently hailed the decision by the Miss America pageant to discontinue the swimsuit competition. She told the ‘Boston Herald’ that she witnessed firsthand how women starved themselves to look better in swimsuits and then struggled to speak properly during the interview.

She Met Belichick by Chance

After living in Arkansas for years, she moved to Jupiter, Florida, with her twin daughters to use her fashion knowledge to set up a clothing shop there. She opened the Blue Indigo Boutique for women’s apparel and accessories in 2006. While she had to close down her shop three years later in 2009, by that time she had already met Patriots head coach William Stephen Belichick while on a girls’ night out in a nightclub in Palm Beach, Florida, in 2007. Belichick was a recent divorcee at the time, while Linda was dating another man. However, the two felt an immediate connection as they chatted, and they started dating soon after Belichick sent her a thank you note with a bouquet the next morning. 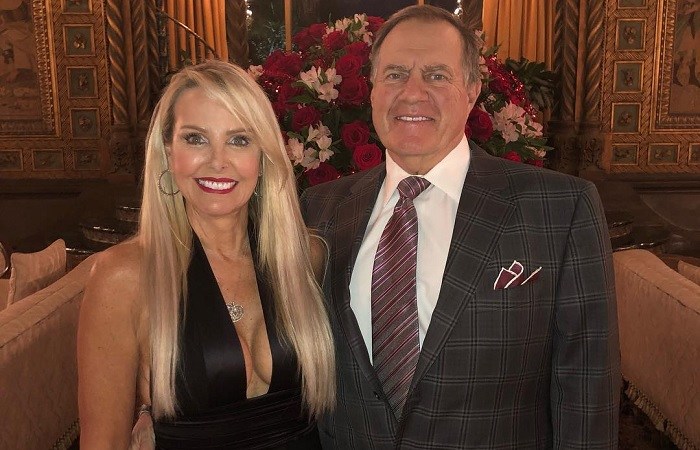 Both Were Previously Married

According to some sources, Linda, who has not yet revealed any plan to marry her longtime boyfriend Belichick despite dating for over a decade, was married three times before. She was reportedly married to a Dennis Hess from Georgia, with whom she had twin daughters Ashley and Katrina Hess, a Vaughn Corder from Georgia as well, and a Eugene Holliday from Arkansas. Her current partner Belichick, on the other hand, was married to his high school sweetheart Debbie Clark from 1975 to 2006, and has three children from her: daughter Amanda and sons Stephen and Brian. Amanda, a graduate of Wesleyan University, is the head women’s lacrosse coach at Holy Cross College. Both his sons worked as assistant coaches with the New England Patriots; Stephen is currently the outside linebackers coach, while Brian is the safeties coach. Belichick was also involved in a relationship with former New York Giants receptionist Sharon Shenocca while he was still married to his first wife.

She Provides a Glimpse into Bill Belichick’s Private Life

While the Belichick is “not on SnapFace and all that” and is “not really too worried about what they put on InstantChat”, his fans can rely on his social media savvy girlfriend Linda for regular updates from the sidelines. She has 61.9k followers on Instagram, mostly Patriots fans, who flock to her feed for behind-the-scene details from the intimidating coach’s life. In December 2009, after closing her shop in Florida and settling in Boston, Massachusetts, Linda became a TV correspondent for WBZ-TV and myTV38. She began covering the sports section at ‘StyleBoston’, a newly created 30-minute lifestyle and entertainment television show airing in six New England states. She once welcomed Belichick at a special party along with her co-hosts Eric Levin, Chris Talanian, and show creator Terri Stanley. She also convinced him for a romantic photoshoot on the ‘Nantucket Magazine’ cover for its 15th anniversary edition in 2017. 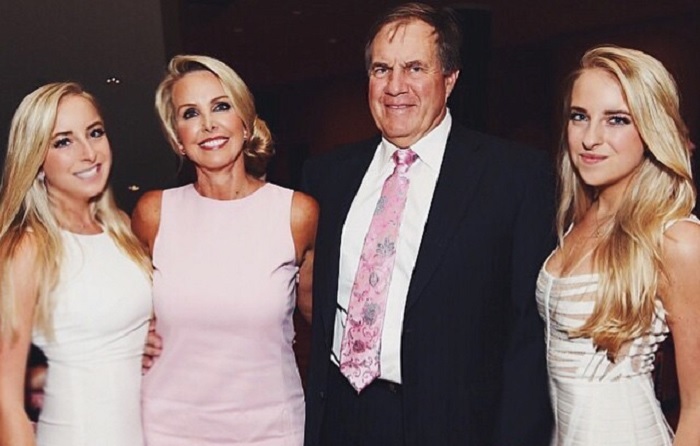 She Has Twin Daughters

From a previous marriage, Linda Holliday is the mother of twin daughters Ashley and Katrina Hess, who are content creators, models, consultants, and DJ’s. They were only 13 years old when their mother moved to Florida and opened a boutique shop. As they accompanied her to the markets in New York and Atlanta in one spring, Linda gave them their first lesson at fashion business by asking them to find a marketable product within a tight budget and allowing them to keep the profits as rewards. The girls, who were avid readers of fashion and lifestyle magazines, started the blog ‘The Party of Two’ in 2013, which is now known as ‘The Hess Twins’. Their mother was worried when they decided to blog fulltime after graduation, but Belichick supported them. In 2015, they were named in ‘The 15 Most Stylish Twins on Instagram’ list by ‘The Huffington Post’. The twins and their mother have also modeled for Patriots clothes and accessories, and often wear custom-made products to the matches.

She Is the CEO of the Bill Belichick Foundation

Apart from her television job, Linda also serves as the CEO of the Bill Belichick Foundation, which provides “coaching, mentorship, and financial support to individuals, communities, and organizations.” It is focused on football and lacrosse and attempts to instill in young athletes “values of the Belichick family — a love of sports, coaching and team building.” In this position, Linda has worked hard to extend the reach of the foundation from individual athletes to organizations, and from the Greater Boston area to international locations. Field of Growth, the recipient of a BBF grant, opened the Bill Belichick Field in Uganda to allow students play lacrosse.