True Thompson is the daughter of American socialite and reality star Khloé Kardashian and Canadian basketball player Tristan Thompson, who plays for the ‘Cleveland Cavaliers’ of the ‘NBA.’ True was born in mid-2018, amidst a cheating scandal that involved her father and a model. True’s parents split in 2019, due to another cheating scandal, involving Tristan and Jordyn Woods, her aunt Kylie Jenner’s best friend. However, her parents still come together occasionally to spend time with True, as they both believe True should see them happy. True now stays in California with her mom and is often featured in Khloé’s social-media posts. 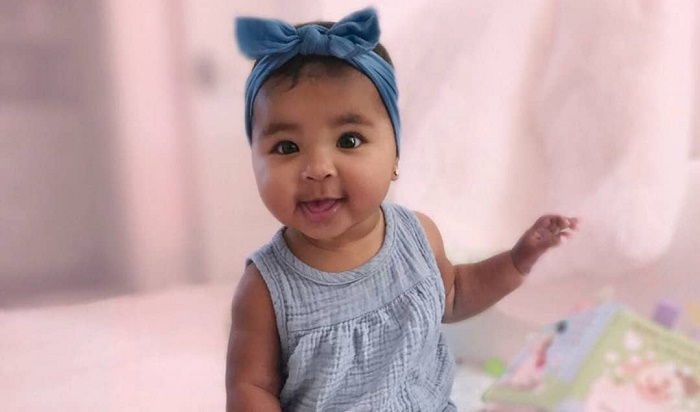 True Thompson was born on April 12, 2018, in Cleveland, Ohio, United States of America. She is the only child of model, socialite, and reality star Khloé Kardashian of ‘Keeping Up with the Kardashians’ fame and Canadian basketball player Tristan Thompson, who plays as a forward/center for the ‘NBA’ team ‘Cleveland Cavaliers.’

True’s parents, Khloé and Tristan, got into a relationship in 2016. They revealed they were expecting her, through an ‘Instagram’ post, in December 2017. However, rumors of Khloé’s pregnancy had surfaced in September that year. On April 16, 2018, Khloé revealed True’s name on her ‘Instagram’ profile and her website, also stating that she weighed 6 pounds and 13 ounces at the time of her birth. 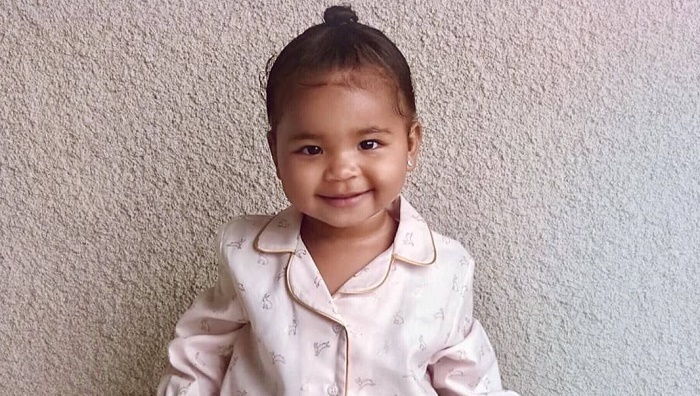 Khloé was earlier married to American basketball player Lamar Odom, who played for the ‘Los Angeles Lakers’ back then. They got married on September 27, 2009, a month after they met at a party in honor of Odom’s teammate Metta World Peace. However, Lamar and Khloé divorced in December 2016.

Tristan was previously in a relationship with Jordan Craig and has a son with her, Prince Tristan Thompson (born in December 2016).

True’s extended family consists of the Kardashian clan, including her aunts, Kim and Kourtney Kardashian and Kylie and Kendall Jenner. She has reality star Kris Jenner and ‘Olympic’ gold-medal-winning decathlete-turned-reality star Bruce Jenner (now Caitlyn) as her grandparents. 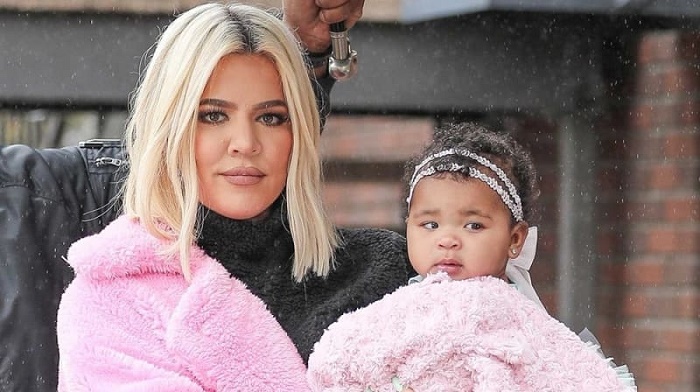 Even when Khloé was three months pregnant with True, Tristan was dragged into a cheating scandal. A video surfaced, showing Tristan in a compromising position with two women at a hookah lounge near Washington, D.C. The video was apparently filmed on October 7, 2017, when Tristan and Khloé were going strong.

Just when Khloé was about to give birth to True, another video surfaced, showing Tristan flirting with an unknown woman at New York’s ‘PH-D Lounge.’ The video was filmed on April 7, 2018, and released on April 10, just 2 days before Khloé’s due date. The lady was later identified as model Lani Blair.

Tristan was then rumored to be having an affair with socialite and ‘Instagram’ star Jordyn Woods, who was the best friend of Khloé’s half-sister Kylie Jenner. This affair eventually caused Khloé and Tristan to split in February 2019. 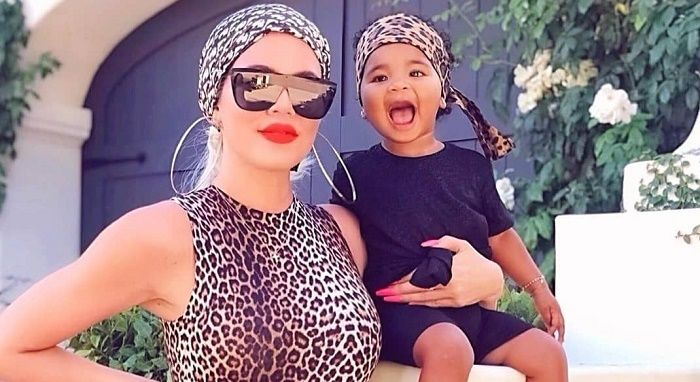 Are True’s Parents Getting Back Together?

In March 2020, Khloé responded clearly to all rumors that she and Tristan were getting back together.

She shared a picture of herself “twinning” with True Thompson, wearing color-coordinated white pajamas. The caption read “The only thing I need you to remember is how much your daddy and I love you!” To this, Tristan responded with three heart emojis.

While fans speculated if Khloé and Tristan were thinking of a reconciliation, Khloé responded by saying, “It means her parents love her beyond measure.” 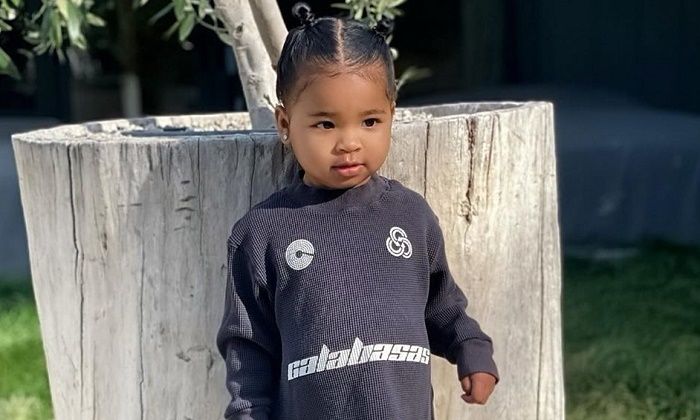 Tristan had written “saucy” on one of Khloé’s photos a few days back. He had also commented “perfection” on one of her photos.

Some insiders who know the couple have hinted that Tristan is trying to win Khloé back. He reportedly sends Khloé gifts and compliments her often.

However, it is too early to say whether they are trying to give their relationship another chance. As of now, both Tristan and Khloé are focused on co-parenting True.

They have celebrated True’s first birthday together and have also been on vacations with her. Khloé once said, “I want us to have a healthy, kind and, yes, a loving relationship,” adding that she wanted True to “see her mom and dad hug each other” when they see each other. 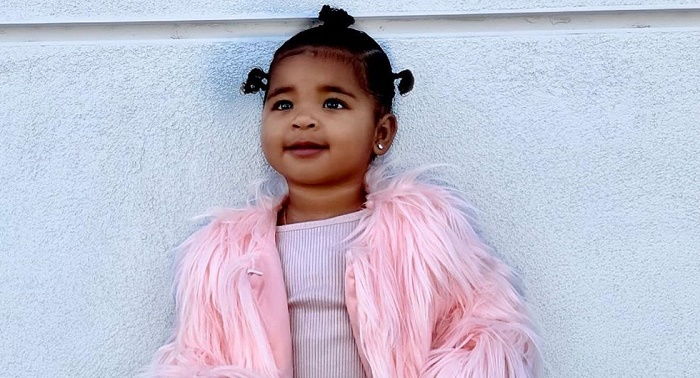 True Thompson’s Life with Her Mom

True Thompson now lives with her mother in Calabasas, California. Khloé often shares snippets from her daily routine with True on social media.

In early 2020, she posted a photo of them together with the caption “Great morning!” The photo showed her smiling with her right arm in the air, while True was seen looking at her, with a cup and a few toys beside her.

Around the same time, Khloé posted a clip on ‘Instagram,’ which had both her and True dancing to Justin Timberlake’s ‘Can’t Stop the Feeling.’ 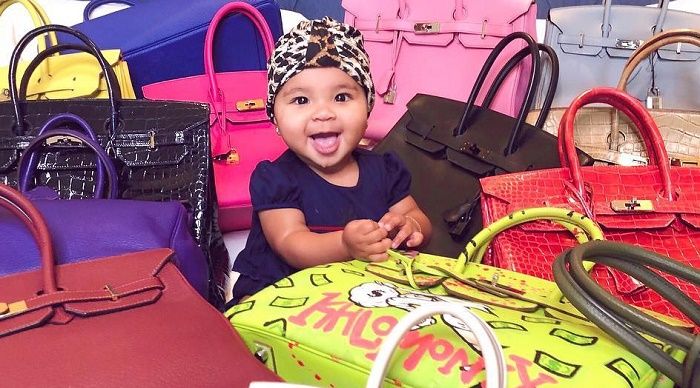 There is an unverified page on ‘Facebook,’ dedicated to True, with over 35 thousand followers. A ‘Twitter’ page, launched in October 2018, has all the updates on True.