American model Eniko Parrish (now Hart) is better known as comedian and actor Kevin Hart’s second wife. This Baltimore-born beauty met Kevin in 2009. They got engaged after Kevin’s divorce from his first wife. The couple got married in a private ceremony in 2016 and became parents to their bundle of joy, son Kenzo, in 2017. However, a cheating scandal involving Kevin and a model in 2017 almost ruined their marriage. Nevertheless, Eniko forgave Kevin. They are now a happy couple and appear at various public events together. 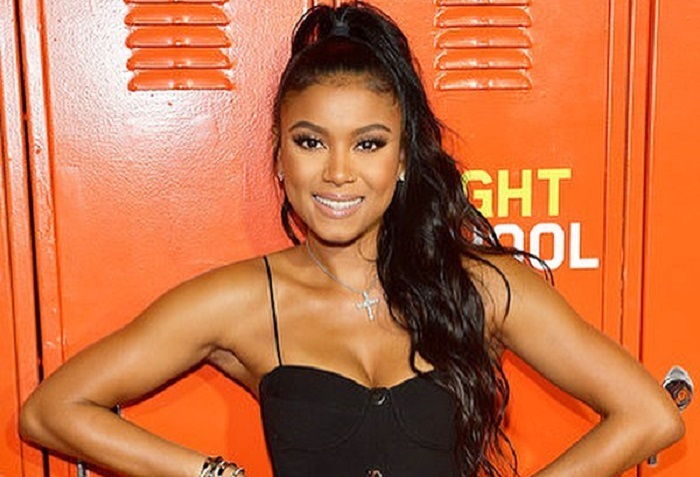 Eniko Parrish, now Eniko Hart, was born on August 18, 1984, in Baltimore, Maryland. Not much is known about her life before she met Kevin Hart. She is of Afro-Jamaican descent. Eniko later moved to Los Angeles to build a career in acting and modeling.

Eniko has walked the runway at major events such as ‘BET’s ‘Rip the Runway’ in 2013. She has also appeared on shows such as ‘Entertainment Tonight’ and ‘E! Live from the Red Carpet.’ She also promotes ‘Fabletics,’ an athleisure brand co-founded by Kate Hudson, and is extremely fond of their collection of yoga pants. 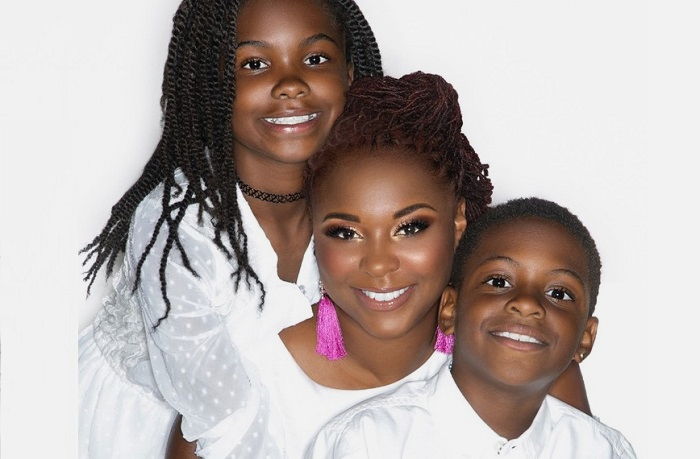 Meeting Kevin Hart: A Marriage and a Kid

Eniko met American stand-up comedian and actor Kevin Hart in 2009, though they made their first appearance together in 2011. They got engaged on Eniko’s 30th birthday, in 2014. Kevin reportedly got down on one knee and proposed to her. He then announced, “she said yes,” on his ‘Instagram’ account. Eniko too posted a video on her ‘Instagram,’ stating, “I said YES!!!!! To the most amazing man in the world…”

They got married in a private ceremony on August 13, 2016, in Santa Barbara, California. The event was attended by about 200 guests, and Kevin’s son from his previous marriage, Hendrix, was his best man. 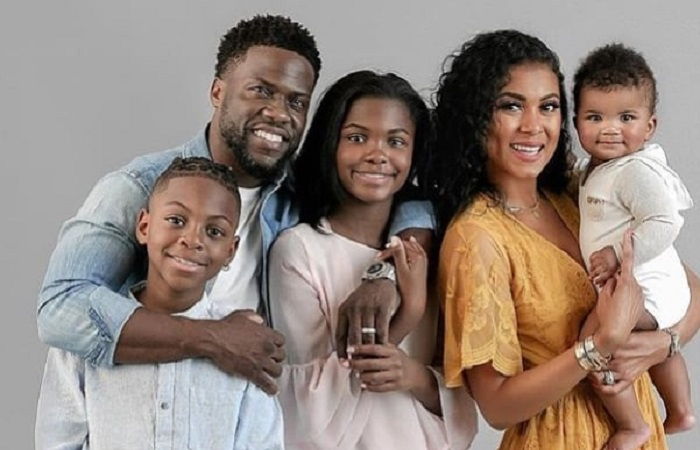 Eniko wore two dresses that day, both designed by Vera Wang. The wedding gown which she wore during the ceremony was a mermaid style attire with a lace V-neck. The skirt was fitted at the hips but flared beneath, with a full train. Eniko also sported a veil and ‘Sophia Webster’ heels.

She wore another gown at the reception. The second gown was a backless, long-sleeved one and was decked with sheer lace.

Kevin was earlier married to producer Torrei Hart, from 2003 to 2011. They had two children together: their daughter, Heaven (born in 2005), and their son, Hendrix (born in 2007). In 2014, when Kevin and Eniko were in a committed relationship, Torrei accused Eniko of ruining her marriage. However, Kevin later came to Eniko’s defense online. 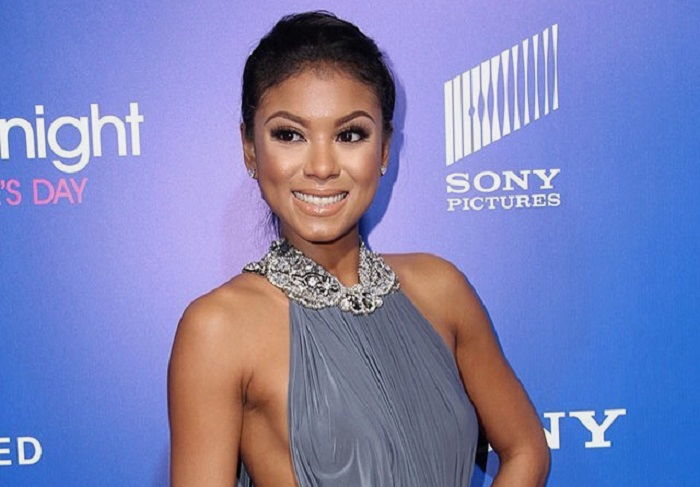 In 2017, Kevin was accused of cheating on Eniko. The third episode of the 2019-released ‘Netflix’ docuseries ‘Kevin Hart: Don’t F**k This Up,’ titled ‘What Happened in Vegas,’ revealed the entire incident in detail.

Back in 2017, when Eniko was 8 months pregnant with Kenzo, rumors started surfacing that Kevin had cheated on her. The docuseries showed how Eniko got a direct message from an unknown sender, with an edited video of Kevin with another woman. She immediately questioned him and expressed her disgust. 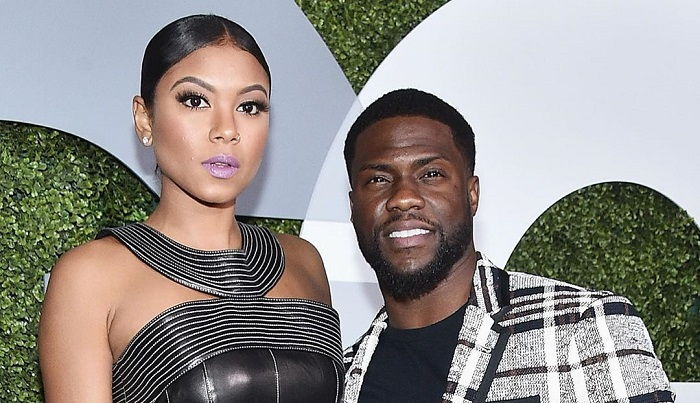 Apparently, the video was shot in July 2017, when Kevin was spotted enjoying himself with a mystery woman at a Miami club. Kevin later publicly apologized to Eniko for the fiasco. Around the same time, Kevin’s long-time friend Jonathan Todd Jackson was charged with “attempted extortion” for sending a sexually explicit video with Kevin and an unidentified woman (who later turned out to be model Montia Sabbag) in it, which he sent through email before demanding $10 million. The case was later dropped.

Eniko forgave Kevin for the alleged cheating and later explained her stand, saying, “I believe in second chances…” 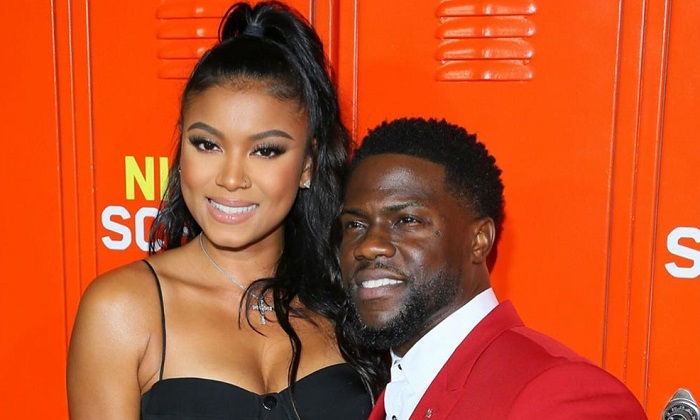 Eniko’s Support during Kevin’s Accident and His Recovery

On September 1, 2019, Kevin was injured in a car accident. Kevin was apparently in his 1970 ‘Plymouth Barracuda’ in Los Angeles, when the car drove off Mulholland Highway and went down a ditch in the Calabasas area.

Both Kevin and the driver, Jared Black, sustained severe back injuries. Another passenger, Rebecca Broxterman, sustained mild injuries. Eniko was beside her husband during his recovery and handled the media, too. In December 2019, she appeared along with Kevin at the premiere of ‘Jumanji: The Next Level,’ in what was their first public appearance after the accident.

In 2020, they were spotted attending the ‘Super Bowl LIV’ at the ‘Hard Rock Stadium’ in Miami.

Eniko is on ‘Instagram,’ where her official account, “enikohart,” has gained more than 3 million followers. She joined ‘Twitter’ in March 2009 and has more than 26 thousand followers on the platform.