Famous As:- The First Female Rapper to Achieve Multiple Diamond-Certified Songs by the RIAA

Cardi B, the no-filter American rapper, actress, TV star and singer, is considered to be one of the hottest celebrities of today. Although a lot of people started recognising her talent after her hit-single ‘Bodak Yellow’ topped the Billboard Hot 100 charts in 2017, Cardi B has been around for much longer. Winner of a Grammy, and multiple other music awards, she is aggressive, unabashed and unapologetic with her songs and persona!

Here are 25 lesser known facts about Cardi B that might come as a surprise to even some of her ardent fans. 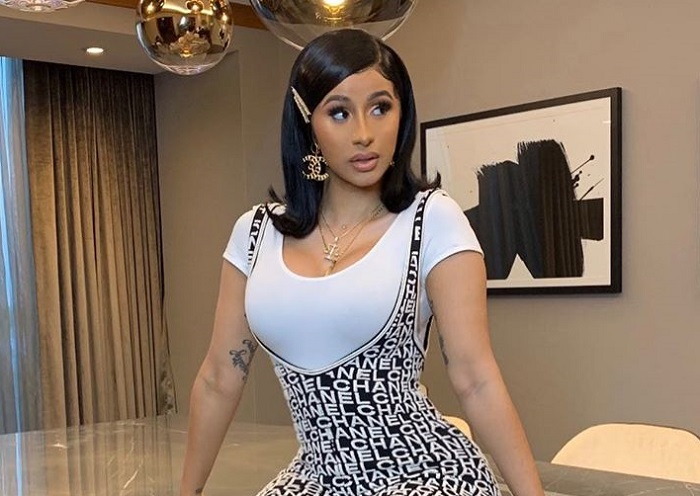 1) Cardi B is Not Her Real Name

Her real name is Belcalis Marlenis Almanzar, which is believed to be of Spanish origin, as her mother has Trinidadian & Spanish roots.

2) She Had a Rough Childhood

Cardi B was born in the Bronx to two working parents. Her father, Carlos Almanzar, was a taxi-driver, while her mother was a cashier. She has seen her share of poverty growing up and was even part of a gang called Bloods since she was 16.

3) She Worked as a Cashier & Stripper

Cardi B has been vocal about her life as a stripper, however before that, she worked as a cashier in Tribeca’s Amish Market in her teenage years. She used to earn $250 per week at this job, but she got fired when she was 19. She was encouraged to work as a stripper by her former manager, who directed her towards the New York Dolls strip club.

4) Cardi b Was in an Abusive Relationship

She is one of the few celebrities who are proud of their past ‘not-so-glorious-jobs’. This is because when she started as a stripper she was in an abusive relationship where her boyfriend used to hit her, and she used the money she earned from this job to get away from him.

5) Cardi B Lied to Her Mother About Her Work

While working as a stripper, Cardi B lied to her mother about her line of work. She told she was a baby sitter and was getting paid $100 a day to look after rich people’s children.

6) Cardi B Has Got Plastic Surgery Done

Like many celebrities, she has gotten plastic surgery done. She has revealed in an interview that she got breast augmentation done during her stripping days. However, she got a butt enhancement done to impress a boyfriend, by using illegal injections which was an extremely painful experience for her.

Cardi B started gaining popularity with her live videos on Instagram and Vine in 2015. This was two years before her debut single ‘Bodak Yellow’ released and topped the charts on the Billboard Hot 100, making her the first solo woman rapper on the number one spot, after the 1998 single ‘Doo Wop (That Thing)’ by Lauryn Hill. It went on to become the longest running number one song by a solo female rapper ever. 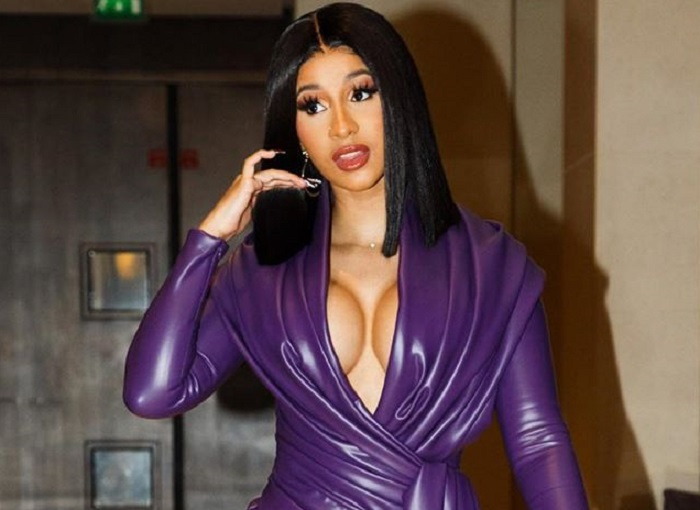 Her vines landed her a spot on the sixth season of the VH1 reality show ‘Love & Hip Hop’. Cardi B was a part of the small screen, with this show for two seasons.

9) This is How She Got Her Stage Name

Her stage name Cardi B was inspired from her nickname Bacardi. Since her sister is called Hennessey, which is the name of a popular cognac brand, she was nicknamed Bacardi, after the popular brand of rum, in a friendly banter. She shortened and used this nickname to come-up with a stage name for herself.

10) Her Sister is Also Famous

Her sister Hennessy Carolina has a growing fan-base inching close to 6 million followers on Instagram, making her quite the social media star.

11) Cardi B Does Not Have a Driver’s License

Although Cardi B owns five cars—a Bentley Truck, a Lamborghini, a Suburban, a Lamborghini truck, and a Maybach—she does not know how to drive and doesn’t have a driving license. When asked by comedian James Corden, why she has a garage full of cars when she cannot drive, she replied that she loves taking pictures with the cars! 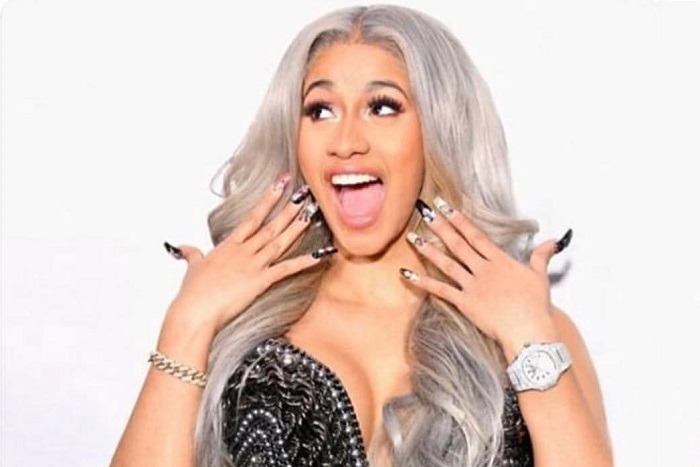 12) Madonna Is Her Favourite Artist

Cardi B is a huge fan of the original rock star Madonna, and it doesn’t come as a surprise when she referred to her as her ‘real life IDOL’. While posting on Instagram, after performing at Madonna’s event, she reminisced about the time when she sang and danced to ‘Material Girl’, in her high school freshman year.

As confessed in an Instagram video, Cardi B enjoys eating fast food, especially the chicken nuggets at McDonalds.

She is infamous for her bling-y talons, and you will be surprised to know that it takes almost 3-hours to get the nails perfect. Her manicurist Jenny Bui has been working with Cardi for more than twenty years now.

15) Cardi B Has Keen Interest in Politics

Cardi B has a keen interest in politics and is vocal about her political views. She and has even interviewed presidential candidate, senator Bernie Sanders earlier in 2019

When Migos rapper Offset started pursuing Cardi B, she wasn’t interested. But she did warm up to his advances and the couple started dating in 2017, then got engaged and married later that year.

17) Their Daughter’s Name is Inspired by Offset

Their daughter is called Kulture Kiari, where the first name is inspired from Migos’ albums titled Culture and her middle name is taken from Offset’s real name Kiari.

18) Jennifer Lopez Recruited Cardi B for The Movie ‘Hustlers’

J.Lo reached out to Cardi B to be a part of the 2019 movie ‘Hustlers’ in which they played strip club dancers, so she could teach them some real moves and tricks.

19) Cardi B Has Her Own Collection with Fashion Nova

She has a unique sense of style and likes to stand out with her wardrobe choices. It is evident with her social media shout-outs, she loves picking her outfits from Fashion Nova, a bargain fashion website. She launched her first clothing collection with this site in November 2018 and a second collection in May 2019, which hit $1 million sales in less than 24 hours of going live.

In May 2016, Cardi B got her crooked upper teeth line fixed by Dr. Catrise Austin, her dentist. She gave the doc a shout-out in her song ‘Bodak Yellow’ where she sang ‘Got a bag and fixed my teeth’. Although it clearly hints that the procedure isn’t cheap, Dr. Austin’s business has tripled since this mention. 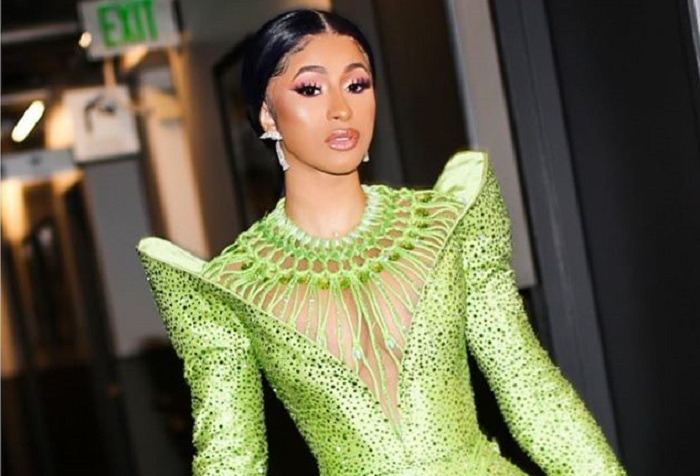 21) Her First Song Was a Remix

Cardi B’s first song that released in 2015 was a remix version of Shaggy’s original ‘Boom Boom’.

Cardi B’s debut music video was called ‘Cheap Ass Weave’, which showed her in a salon, getting her hair and nails done.

23) ‘Finesse’ Was Recorded the Day She Met Bruno Mars

Cardi B met Bruno Mars after his LA show 24k magic, and on the spot they decided to collaborate on the remix of his song ‘Finesse’, which they recorded the same night.

25) Her Ring Is Worth More Than Half a Million Dollars!

Offset had proposed to Cardi B with an extravagant rain-drop shaped 8-carat diamond ring studded with pink diamonds around it, estimated at $550,000.