Famous As:- Wife of Luis Suarez

Sofia Balbi is a Uruguayan businesswoman who is married to professional footballer Luiz Suarez, who plays as a striker for Spanish club, Atlético Madrid, and the Uruguay national team. She and Suarez fell for each other in their early teenage years and the star player, who is considered as one of the best players of his generation, never misses the opportunity to credit her for changing his life by giving him confidence at a time when he was in a dark place. She also keeps in check the otherwise aggressive footballer. She owned a shoe store in Barcelona with her best friend Antonella Roccuzzo, wife of Suarez’s longtime club-mate Lionel Messi. 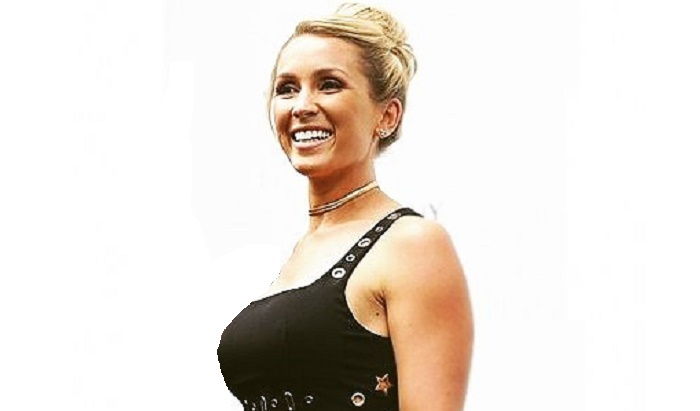 She Was Raised in Uruguay and Spain

Sofia Balbi, also known simply as “Sofi” to people close to her, was born on October 11, 1989 in Montevideo, Uruguay, where she was raised alongside her brother Gonzalo and sisters Pao and Mariana. Because her father worked in the banking sector, she had a comfortable upper-middle-class upbringing compared to most people in Uruguay. The Balbi family relocated to Barcelona, Spain in October 2003 because of her father’s job. She has Italian descent and holds an Italian passport, which made news headlines when her husband Suarez made a failed attempt at earning Italian citizenship through marriage in late 2020 to join Juventus. Her brother Gonzalo Balbi Lorenzo went on to become a footballer who grew up playing for several Spanish clubs including UE Cornellà and later joined Icelandic side KR Reykjavík.

She and Luiz Suarez Were Teenage Sweethearts

Sofia Balbi first met Luiz Suarez in Montevideo when she was just 13 years old and he was 15. At the time, he was working as a street sweeper to support his family and the Balbi family let him into their home, where he ate regular meals. It was Balbi who provided him emotional support by insisting that his poor grades came from laziness, rather than stupidity, and encouraged him to work harder both on the field and off it. The two developed a relationship early on and he often picked up coins during his shift to take her out on dates. However, after the Balbi family emigrated in 2003, Suarez suffered emotionally, so much so that just a month later, he was witnessed headbutting a referee while showing his discontent after receiving a red card. 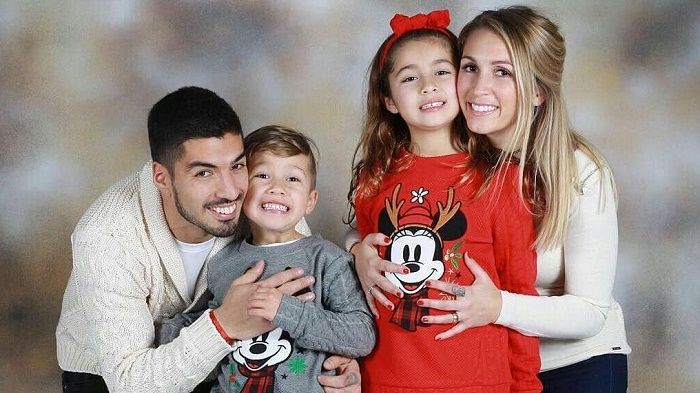 Suarez Pursued Football to Reach Her

It is a well-known fact in the world of football that Luiz Suarez’s ambition to be a successful footballer was fuelled by his dream of reuniting with his girlfriend Balbi. Coming from a poor background, he was well-aware that he would not be able to afford to move from South America to Europe to reach his girlfriend by doing menial jobs. However, in his mind, he believed that it could happen if he pursued football religiously and be good enough to secure a place in the team of a European club. As wild as it may sound, his plan actually worked and he was able to earn a place in a small first division Dutch team in 2006. He could speak neither Dutch nor English at the time, but put enormous effort in learning the local language. His superb performance on the field awarded him with a €7.5 million transfer deal to the professional Dutch club Ajax the following year. Incidentally, much later in 2014, he decided to move from Liverpool FC in England to FC Barcelona in Spain in order to be closer to the family of his then wife, Balbi. In a statement, he mentioned that it was “a lifelong dream and ambition” for him. 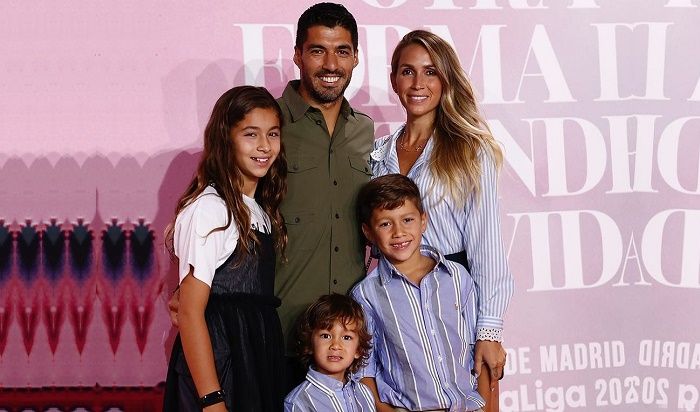 She and Suarez Recently Renewed Their Vows

Sofia Balbi and Luiz Suarez continued to maintain their long-distance relationship since being separated, and just a few years after he reached Europe, the couple tied the knot in March 2009 in a civil ceremony in Amsterdam, followed by a religious ceremony in Montevideo in December that year. The couple welcomed their first child, daughter Delfina, on August 5, 2010. She later gave birth to two more children, sons Benjamin and Lauti, in 2013 and 2018, respectively. Suarez has his daughter’s name tattooed on his wrist, which he kisses while celebrating his goals. On the occasion of their 10th wedding anniversary in December 2019, Balbi and Suarez renewed their wedding vows at a star-studded gathering in a luxury tourist complex in Punta del Este, Uruguay. They also exchanged “rings inscribed with their respective names, made from white gold and diamonds”. The event was attended by his club-mates including Lionel Messi and his wife Antonella Roccuzzo, Neymar, Sergio Busquets and Jordi Alba. A month before the event, Balbi had posted a picture on her Instagram with the caption “Counting the days to tell you YES # 10years @ luissuarez9.” 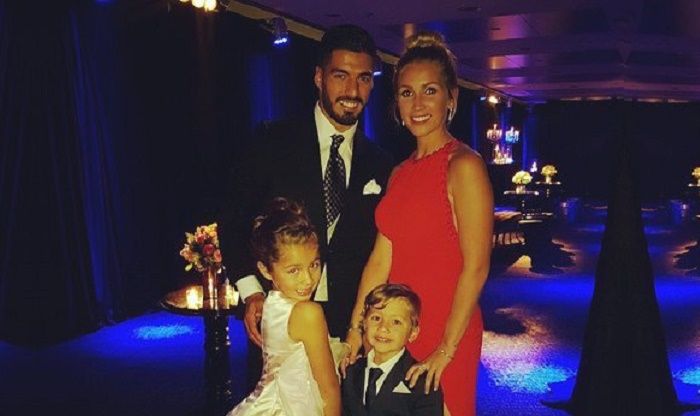 As her husband played alongside Argentine star Messi since his transfer to Barcelona in 2014, Balbi and Messi’s wife Antonella got to spend a lot of time together and became best friends. They were close neighbors and often went on vacations together. From best friends, they two became business partners in 2017 when they collaborated with designer Ricky Sarkanay to open a shoe boutique in Barcelona. As the prospect of Luiz Suarez and Messi playing together as teammates at the club became slim after six long years in 2020, Balbi and Suarez were seen paying visit to their neighbors, presumably to say goodbye. Shortly after, it was Suarez who finalized his transfer to Atlético Madrid first. Antonella subsequently posted an emotional note on Instagram for Balbi, “Bolu, my friend, my sister…thank you for so many years together. For so many laughs, so many Mates and unending chats. You were like family for us.” The message left Balbi tearful, who replied, “And when I thought I had no more tears I found this! Thank you for so much of what you said and for all that we have left to live…I love you, I adore you.”