Fairly new to the world of social media, American social-media star Marc Gomez is already creating ripples on the internet. The young Texan, who started his social-media career with ‘YouTube,’ has now become a sensation of sorts on other online platforms, such as ‘TikTok’ and ‘Instagram.’ He was initially famous as part of the online group ‘thecurlyheads.” Known for his angelic smile and his head full of curly hair, this young entertainer is sure to be more popular in the near future.

Marc Gomez was born in San Antonio, Texas, United States, on August 25, 2004. He loved making people around him laugh, even as a child. Not much is known about his parents or his academic background. Sources claim he currently lives in Los Angeles. 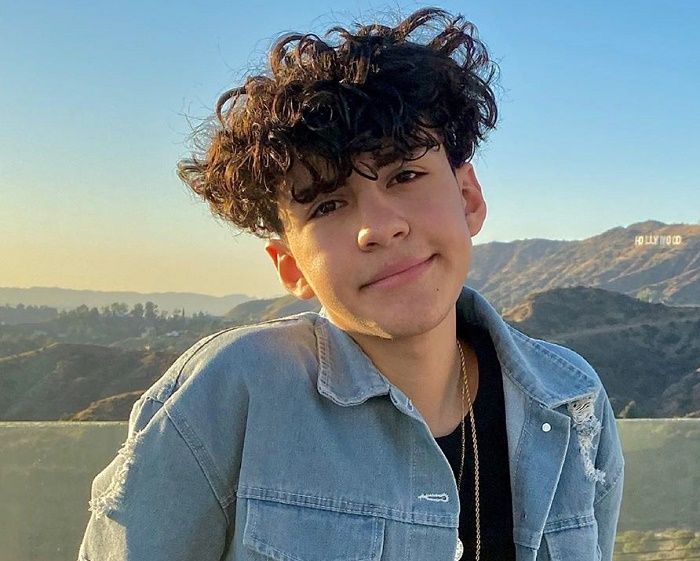 Marc launched his self-titled ‘YouTube’ channel on January 28, 2016. However, he began posting content on the channel much later. The first video that Marc posted on his ‘YouTube’ channel was named ‘WHO’S MOST LIKELY TO?’ It was uploaded on April 12, 2019. The video featured Marc along with two of his friends, named Huncho and Josh. In the video, Marc Gomez and his friends are shown answering fan queries. To the question “Who’s most likely to go to jail first?,” Marc chooses Huncho. He also states that Huncho is most likely to fight over a girl. However, when asked who among the three is most likely to slip in front of their crush, Marc chooses himself.

After gaining considerable fame on ‘YouTube,’ Marc started posting content on ‘Instagram.’ He became active on the platform in May 2018. He is mostly known for posting attractive selfies of himself (and with his friends) on the platform. His profile also contains solo pictures of himself (apart from the usual selfies), clicked at various locations. He once posted a photo of himself with famous ‘TikTok’ star Bruhitz_Kevin on ‘Instagram.’ Over the years, Marc has managed to earn more than 450 thousand followers and has made more than 200 posts on the platform. 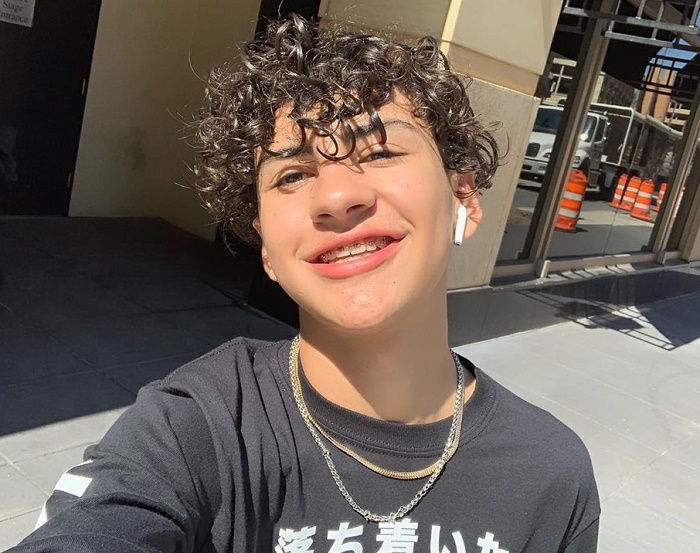 Apart from ‘Instagram’ and ‘YouTube,’ Marc is also popular for his content on the social-media platform ‘TikTok’ (earlier known as ‘musical.ly’), where he is known by the username “marcgomeezzz.” His quirky style and entertaining lip-syncs and dance videos with his friends have earned him a lot of fame on the platform. He has gained more than 1.3 million followers and over 33 million likes on ‘TikTok.’ He is also present on ‘Snapchat’ as “marc_gomez5.”

Marc Gomez was earlier known for sharing a common ‘Instagram’ account with selfie expert and self-portrait-taking ‘Instagram’ star J.R. Stuber and social-media personality Mathew Valenzuela (also famous as “mathhhhhew”). Together, they became popular on ‘Instagram’ as “thecurlyheads.” The name of the group was due to the common factor they shared: their curly locks.

Marc has often been seen collaborating with Mathew. He has also co-created content with Julian Barboza. Julian is an American model and ‘Instagram’ star who is known for his content related to beauty, lifestyle, and travel.

Marc Gomez likes to keep his personal life away from the limelight. This is the reason not much is known about his family. However, it is believed he has three siblings: a sister and two brothers. Similarly, though Marc has never spoken about his father, he has featured him in some of his ‘Instagram’ posts.

Though Marc is often seen surrounded by his friends in his videos, not much is known about his personal life. It is thus assumed that he is single. He seems to be too focused on his social-media career right now to devote time to a relationship.

Marc Gomez as a Person

Marc is a jovial person. His curly hairdo has become his trademark now. His slim frame, dark brown eyes, and black hair add to his “guy next door” appeal.

It is evident from his photos on social media that Marc is most comfortable when he is dressed casually, as he is mostly spotted in T-shirts and sweatshirts, like most young boys of his age. He also has his own brand of merchandise, such as hoodies and T-shirts.