Stassie Karanikolaou, better known by her online nickname, “Stassie Baby,” has been in the news for being the best friend of Kylie Jenner of the Kardashian family. Stassie and Kylie are often seen together in the pictures they post on their social-media profiles. Stassie has also been spotted vacationing with the Kardashians on multiple occasions. She has known Kylie since childhood and had even moved in with her and Jordyn Woods initially. Stassie has also tattooed the name of Kylie’s daughter, Stormi, on her arm. She has also documented her multiple surgeries, including her two breast augmentations, and has shared the clips with her fans. She is a promising model who has endorsed many top brands. She is also popular on social media, where she often posts content related to travel, makeup, and fashion. 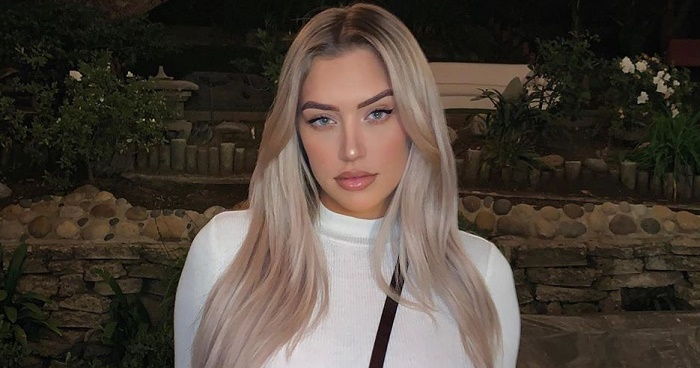 Stassie (also known as “Stas” or “Stassie Baby”) was born Anastasia Karanikolaou, on June 9, 1997, in California. She is of Greek descent.

Her father, Periklis Nikolaos Karanikolaou, is a ‘World Financial Group’ broker. It is believed Nicolette Karanikolaou, the woman she often posts photos with, on social media, is her stepmother. She has a sister named Alexia, who is a hairdresser and often appears in Stassie’s ‘Instagram’ posts. Not much is known about Stassie’s biological mother.

It is believed Stassie Karanikolaou and Kylie Jenner of the famous Kardashian family met at the bookstore ‘Barnes and Nobles,’ while Stassie attended a fan meet that featured Kylie.

However, it is also known that they have been childhood friends and have known each other since the tender age of 11. They have also attended the same school together. However, they became BFFs only later. 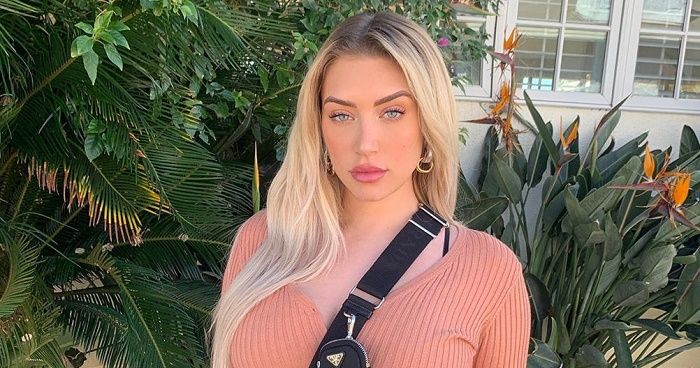 Stassie Karanikolaou later moved into a shared house with Kylie and a third close friend, Jordyn Woods. However, Jordyn was later ousted from the house and the group, since she had been involved in a fling with Khloe Kardashian’s boyfriend. Thus, even Stassie stopped interacting with Jordyn and has not posted any photo with her since October 2018.

Stassie now sports a tattoo that reads “Stormi,” the name of Kylie’s daughter. She apparently got the tattoo done to match it with a similar one that Kylie got tattooed on her arm. She even drives Kylie’s orange ‘Lamborghini’ at times.

In 2019, Stassie Karanikolaou was part of Kylie’s ‘Handmaid’s Tale’-themed birthday party and her ‘Playboy’-themed Halloween party. Stassie also accompanied the Kardashians on a family vacation in Capri, Italy.

She, along with Kylie’s other close friends such as Sofia Richie, rode on a private jet for a vacation to the Turks and Caicos Islands to celebrate the launch of Jenner’s new clothing line, ‘Kylie Skin.’

Stassie Karanikolaou is a model who has endorsed brands such as ‘Good American,’ ‘Pretty Little Thing,’ ‘Revolve,’ ‘Sa Vela Bikinis,’ and ‘INC.redible Cosmetics.’ She has modeled for swimwear brands such as ‘White Fox Swim,’ ‘Hoaka Swimwear,’ and ‘Elise x Elisia’ and has also worked with retailers ‘Oh Polly’ and ‘Showpo.’ She has also endorsed ‘MAC Cosmetics,’ ‘Sephora,’ ‘Boohoo,’ and ‘JUST Water.’

She has also been part of photo shoots for ‘Teen Vogue’ and ‘Nation A-List’ magazine.

She has a big fan base on social-media platforms. She launched a self-titled ‘YouTube’ channel on October 26, 2017. The channel has managed to gain more than 443 thousand subscribers and over 22 million views. It hosts her vlogs related to fashion, beauty, lifestyle, and travel.

On ‘Instagram,’ her account, “stassiebaby,” has managed to gain more than 6 million followers. On ‘Snapchat,’ she is known as “stassiebabeyy.”

Stassie Karanikolaou has undergone multiple cosmetic surgeries. She is quite open about her surgeries and has also documented them and uploaded them on ‘YouTube.’

She has been candid about her two breast augmentations, both done by celebrity plastic surgeon Dr. Ashkan Ghavami. Dr. Ghavami is well-known for working on Iggy Azalea’s breast and nose surgeries. 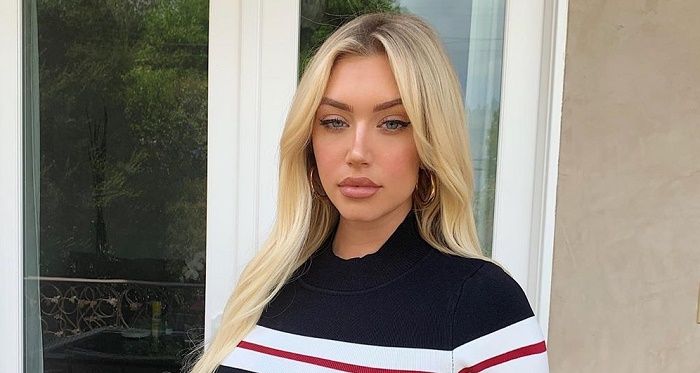 One of Stassie’s breasts was almost a full cup size larger than the other one, which made it difficult for her to find bras that fit. This made her opt for her first breast augmentation.

The same year, she opted for another augmentation, to increase the size of her breasts. She made a 15-minute vlog about her experience. Stassie also claims that she uses lip fillers.

Is Stassie Karanikolaou Dating Someone?

In early 2019, it was reported that Stassie Karanikolaou was dating ‘YouTube’ star Zane Hijazi.

Earlier, in 2016, she was known to be dating social-media sensation Sam Wilkinson. The relationship lasted for a year. It was said that they broke up due to Wilkinson’s habit of cheating on her.

Stassie has also been rumored to be in a relationship with Tyler Cameron of ‘The Bachelorette.’ Cameron was earlier associated with Gigi Hadid. Stassie was seen with Cameron at an ‘NFL’ game, along with Kendall Jenner and other friends, on November 25, 2019.

Singer Austin Mahone once sang to Stassie onstage during one of his shows. 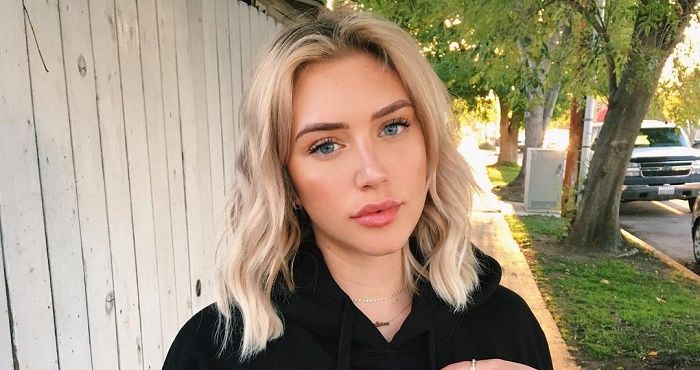 Her favorite TV shows are ‘Grey’s Anatomy’ and ‘Vampire Diaries.’

She loves summers and likes ‘Taco Bell Crunchwrap Supreme.’ Her favorite restaurants in Calabasas are ‘Sagebrush Cantina’ and ‘Sugarfish.’

Her favorite photo-editing app is ‘VSCO,’ and her favorite ‘Snapchat’ filter is the “Flower Crown” filter.

Stassie is allergic to corn and gluten. She calls herself a cat person and owns two cats named Baba and Tipsy.

She likes wearing denims with bodysuits and heels. She is super flexible and can put her legs behind her head.

She dislikes negativity on social media and feels people should realize that there is life beyond mobile phones.