Famous As:- Daughter of Sylvester Stallone

Sophia Rose Stallone, better known as Hollywood legend Sylvester Stallone’s eldest daughter, is creating waves in the online world. Sophia is a popular ‘Instagram’ influencer, who has made her presence felt even on other platforms, such as ‘YouTube’ and ‘Twitter.’ She also maintains her own website, where she posts about fashion, beauty, and books. Sophia is currently said to be dating a young footballer named Connor Spears. Sylvester does not want Sophia or her sisters to join the acting profession. Nevertheless, Sophia seems to be preparing for a full-fledged career in the entertainment world. 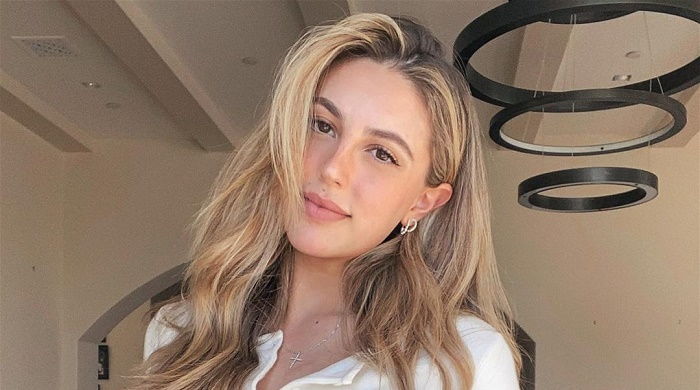 Sophia Rose Stallone was born on August 27, 1996, in Miami, Florida, to Hollywood veteran Sylvester Stallone of “Rocky” and “Rambo” fame and his third wife, entrepreneur and former model Jennifer Flavin.

Sylvester was previously married to Alexandra Jane “Sasha” Czack, from 1974 to 1985, and had two sons with her: Sage Moonblood (now deceased) and Seargeoh (who suffers from autism).

Not much is known about Sophia’s academic profile. However, some sources mention Sophia studied at the ‘University of Southern California,’ majoring in communications, with a minor in entrepreneurship and films. 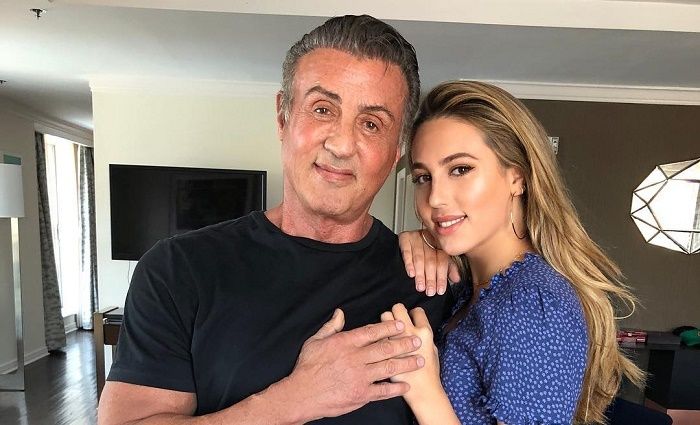 When she was just 2 months old, Sophia Stallone was diagnosed with a cardiac malformation. Apparently, she had a hole in her heart. She underwent an open-heart surgery at the ‘UCLA Medical Center’ on November 12, 1996, when she was barely 2.5 months old. Following this, she grew up amidst extreme care. She was also forbidden to participate in strenuous physical activity and had to stick to a healthy diet. She had another cardiac operation at the age of 16.

Life as a Social-Media Influencer

Sophia Stallone is quite a sensation on social media. She is a full-fledged fashion and beauty influencer on ‘Instagram.’ Her account on the platform, “sophiastallone,” is full of her photos in various poses. She has managed to gain more than 1.3 million followers on ‘Instagram.’

She joined ‘Twitter’ in December 2016 and has already managed to gain more than 16.4 thousand followers on the platform. She launched her self-titled ‘YouTube’ channel on February 29, 2020, and wishes to focus on content related to fashion, beauty, fitness, and family. She posted her first ‘YouTube’ video on the same day. It was a vlog titled ‘GRWM for Ralph Lauren Event | VLOG 1.’ The video has gained more than 3,100 views. Her channel has over 669 subscribers. 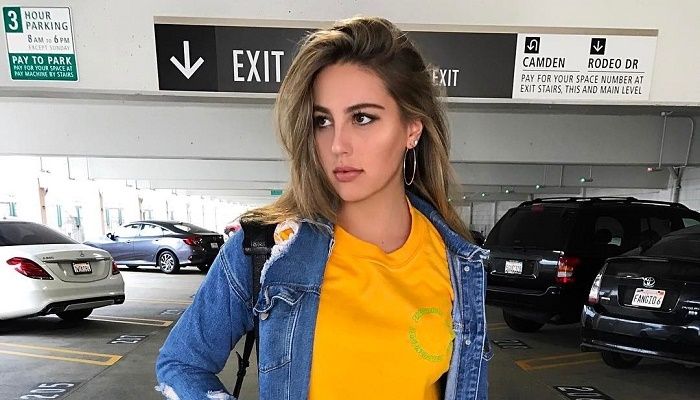 Sophia has 128 thousand followers on her official ‘Facebook’ page. She also has her own website, where she talks about beauty, fashion, and books.

Is She Dating Someone?

In an interview in 2019, Sylvester claimed that he stares down at the men who come to visit his daughters at their home. He also stated that he challenges them to what he terms the “crushing the hand test.” He intimidates them, too. 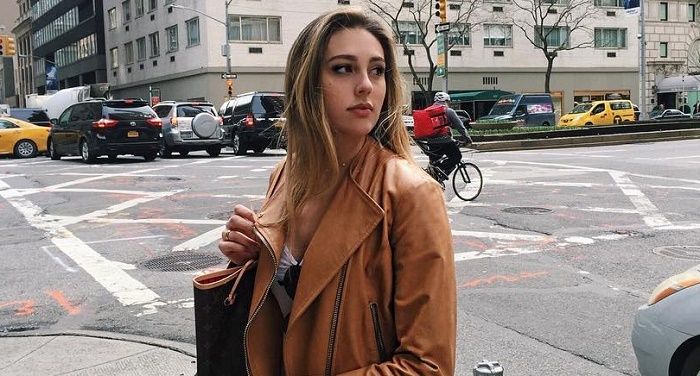 However, in spite of such strict parenting, Sophia Stallone is rumored to be in an open relationship with Connor Spears, with whom she has posted a lot of photos on social media. Connor is a footballer and was seen in graduation photos with Sophia.

Sophia Stallone loves dogs and often posts photos of herself cuddling with her family dogs.

She is also fond of cooking and has an ‘Instagram’ highlight segment dedicated to the dishes cooked by her.

Her love for literature can be gauged by the fact that she has an entire section on her website dedicated to quotes and book recommendations. 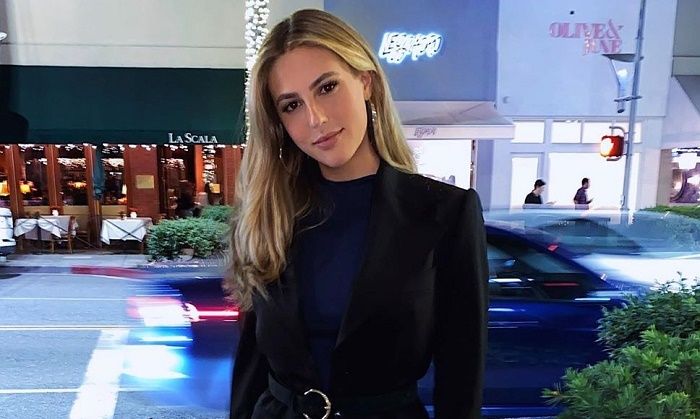 It is believed, Sylvester does not want his daughters, including Sophia, to join the entertainment industry, as he believes it is an emotionally draining profession.

Sophia Stallone and her two sisters, Sistine and Scarlet, were jointly named “Miss Golden Globe 2017” at the ‘HFPA/InStyle Celebrate 2017 Golden Globes’ event at ‘Catch LA.’ The honor dates back to 1963 and is traditionally awarded to children of major Hollywood celebrities.

Sophia is managed by ‘Teall Management.’