Alaya High, known professionally as That Girl Lay Lay or simply Lay Lay, is a young American rapper who has gained much recent attention. After signing a record deal at age 11, in August 2018 with Empire Records, she became the youngest female rapper to do so. Originally from Texas, Lay Lay was inspired to pursue a career in music by her father, a veteran of the industry. She started using social media in 2017 and became an internet sensation after uploading her freestyle over BlocBoy JB’s ‘Shoot’. Since then, she has been hailed as one of the most promising young talents in the industry. Lay Lay put out her debut single, ‘Go Lay Lay Go’, in 2018. 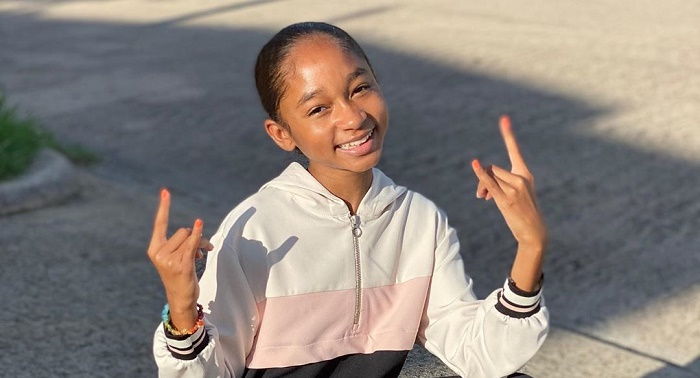 That Girl Lay Lay was born on January 28, 2007, in Houston, Texas, USA. Her father, Acie High, has been part of the music industry for a long time. He used to be active on Instagram under the username @aciehigh_aciehigh44, but that page is not available any longer. Her mother, Antanique, is a fitness trainer.

According to Lay Lay, her father taught her how to do freestyle. She would often watch him in the studio, and that inspired her to become a rapper. Also because of her father, Lay Lay was motivated to become a vegan.

Besides her father, Lay Lay has been influenced by the likes of Migos, Cardi B, Lil Baby, Gunna, and Rihanna. At some point, she relocated to Atlanta, Georgia and assimilated into the rich music culture of the city. However, she still proudly identifies Houston as her hometown.

That Girl Lay Lay started garnering public attention after she became active on her Instagram page in 2017. Within a year, she was able to establish a significant fan base.

She emerged as a social media sensation after her freestyle performance on the track ‘Shoot,’ originally made by BlocBoy JB, became viral. She shot to fame almost overnight and may very well be one of the youngest freestyle celebrities.

Her popularity on social media has garnered her a recording contract with the famed Empire Records. She was 11 years old when she signed the deal in 2018 and effectively earned the distinction of being the youngest female rap artist to sign with a major label.

NOW AUDITIONING🌟 | This Tuesday, Wednesday, and Thursday!!! @thatgirllaylay : “ATL WE GETTING LIT!!!!!! I need ALL the BEST DANCERS to come and out and audition for my TOUR and my new VIDEO…If you think you have what it takes come try out!!!! @thesasatllaboratory DM ME DM ME #freshrebelmuzik” #ATWLU2020 @freshrebellive @freshrebelmuzik

In September 2018, Lay Lay released her debut single, ‘Go Lay Lay Go’. Its music video was posted on her YouTube channel on 7 September and has garnered over eight million views to date. On 26 September, the prodigious rapper put out her first album, ‘Tha Cheat Code’. It is comprised of eight tracks, the title song, ‘Go Lay Lay Go’, ‘N.O.’, ‘Lit’, ‘1 2 3’, ‘Medicaid Baby’, ‘Move Like I Move’, and ‘Bully’. She collaborated with her father on ‘Move Like I Move’ and with Lil Duval on ‘Lit’.

On February 8, 2019, she released ‘Tha Cheat Code Reloaded’ with five additional songs, ‘Mama’, ‘Nike’, ‘Supersize’, ‘Potty Mouth’, and ‘Be the King’. On ‘Supersize’, she worked together with Johnny Oz. 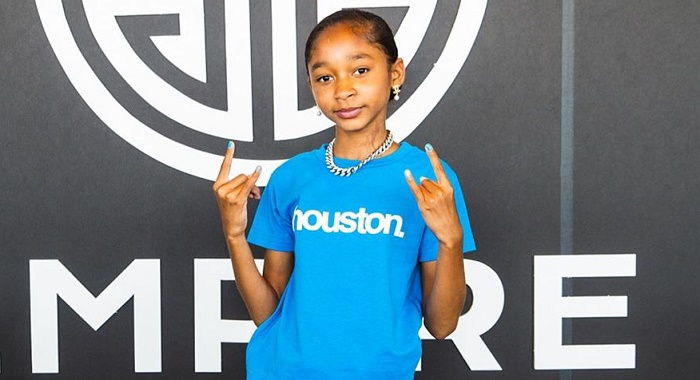 In 2019, a three-piece girl group was formed around her, called Tha Slay Gang. The other two members are ‘Mylie Stone and Lanaya. They released the album, ‘All Tha Way Lit Up’, on November 28, 2019, through Fresh Rebel Muzik. It has 13 tracks, ‘Favorite Holiday’, ‘Slay Gang in this Thang’, ‘Sleigh Ridin’, ‘Woahdy Wop’, ‘Deck the Halls’, ‘Jingle Bells’, ‘Lit Like Christmas’, ‘12 Days of Christmas’, ‘Macy’s Day Parade’, ‘Let the Love Flow’, ‘Silent Night’, ‘Lil Drama Boy’, and ‘Wish You a Merry Christmas’.

Her popularity soared when she appeared on an episode of ‘The Ellen DeGeneres Show’ for a live performance in September 2019. Amidst the cheers from the audience, she emulated the styles of several contemporary artists. 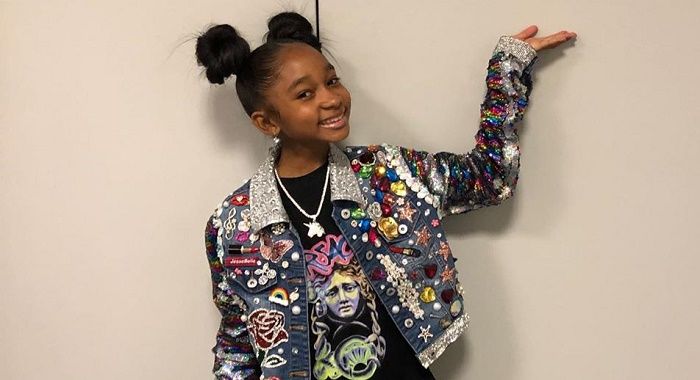 That Girl Lay Lay started using Instagram in May 2017. Since then, the page has accumulated over a million followers. After she secured the recording contract with Empire, she revealed the news to her fans through an Instagram post. She uses the platform to interact with her fans, keep them updated on her extremely busy schedule, and offer them a glimpse of her life.

She has set up a website, through which she sells her signature collection of lip gloss. The brand’s name is Lyrics, and the products are available in an appealing microphone-shaped metallic packaging and different flavours.