Attention deficit hyperactivity disorder (ADHD) is a mental condition, in which the patient shows signs of inattentiveness, being overactive and impulsiveness. According to reliable sources, about 60% of children diagnosed with ADHD continue to experience these symptoms even when they are well into adulthood. The causes of this disorder are mostly unidentified, although research attributes genetics, diet and environment to be associated to it. The treatment for this condition includes medication, counselling and changing their lifestyles. Even though this process takes time, it does help and usually there are substantial improvements.

There is one lesser known truth about people suffering from ADHD; if they get their hands on something they are passionate about, they are not going to rest unless they become the best at it. Here we have a list of 19 famous people who have made it big in life and have not let this disorder affect their success in any way. 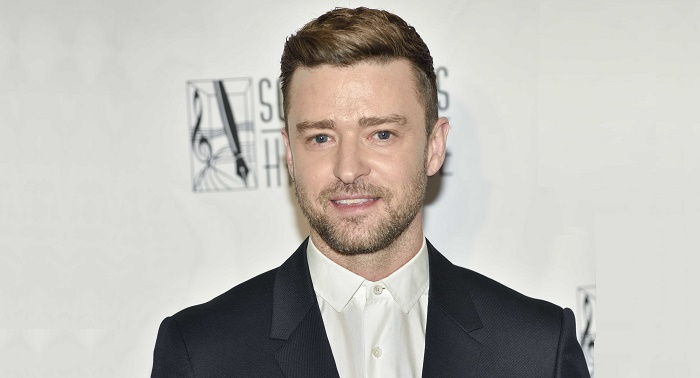 Nothing could deter this American singer from reaching the pinnacle of success, even after being detected with a combination of OCD (Obsessive Compulsive Disorder) and ADHD. In an interview, the “SexyBack” singer said, “I have OCD mixed with ADD, you try living with that.” 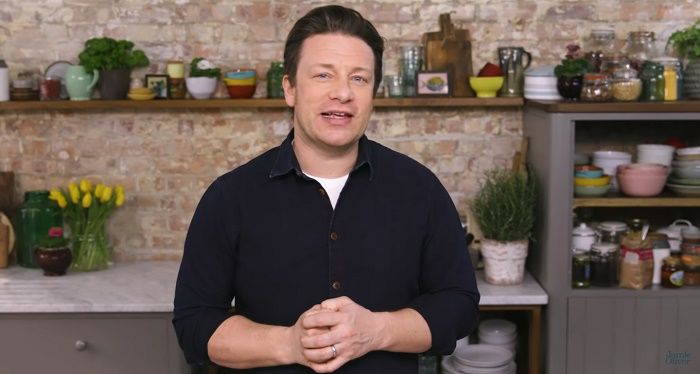 This celebrated British chef has been a victim of this disorder ever since childhood. He believes that unhealthy eating habits play a crucial role in initiating ADHD. Having a well-balanced diet has helped him cope with this disorder. He is now devoted towards teaching kids about the benefits of eating right to deal with attention disorders. 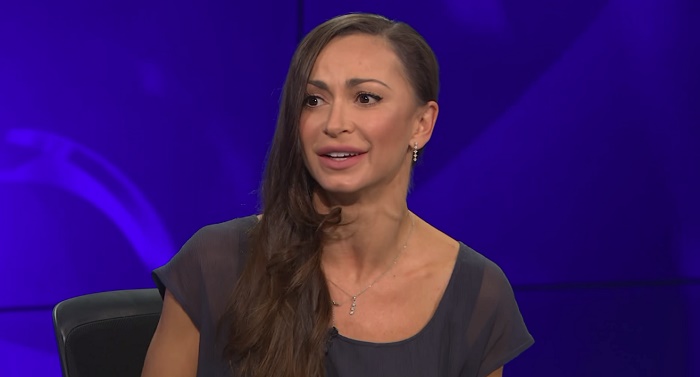 Karina Smirnoff, known for her graceful moves on ‘Dancing with the Stars’ competition, was diagnosed with ADHD, in the year 2007. Though people in her home town were not really aware of this disorder, she recalls always being hyperactive as a child. Being over active is now described as a characteristic symptom of ADHD. Luckily for this Ukrainian artist, her rising career is a means to channelize her excess energy. 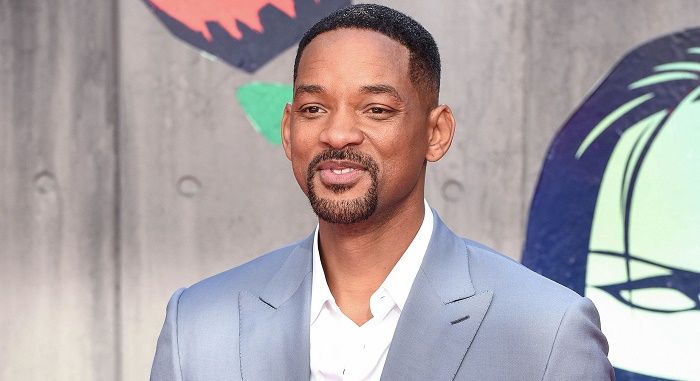 Nicknamed as ‘The Fresh Prince’, Will Smith has reached the pinnacle of success and fame in his illustrious career. He once spoke about himself as the “fun one who had trouble paying attention.” While Will has resorted to following books on tape now, the talented actor cannot forget the tough time he had with reading as a child. 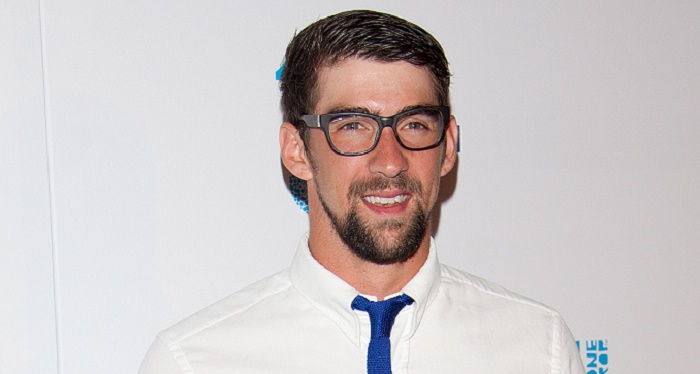 Michael Phelps is undoubtedly one of the biggest icons in the sports industry. This swimmer has 28 Olympic medals to his credit. Swimming helped Phelps to handle ADHD, which in turn brought along immense fame and success.

His mother said that, Michael, as a child, could never sit down without being fidgety or concentrate for long on anything. She stated that apart from being encouraged towards swimming, he was always showered with “continuous praise and positive reinforcement.” 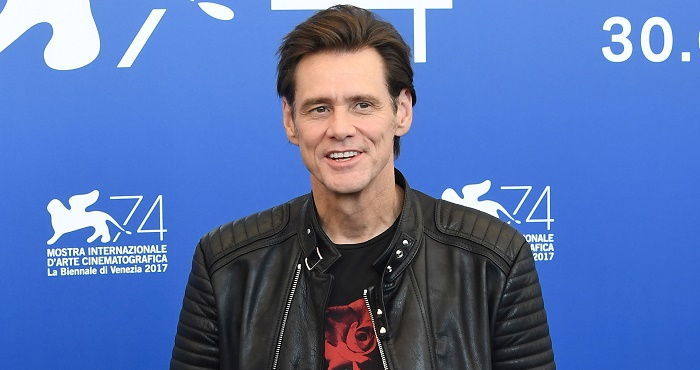 This comedian is well known for his outstanding comic timing in movies such as, ‘The Mask’ or ‘The Truman Show’ to name a few. He has been a source of laughter in many people’s life for over two decades. Making people laugh works for this humorist, since he uses it as a way to handle his disorder. The ‘Ace Ventura’ actor remembers being the class clown as a kid, and says that it is “hard for me to come down from what I do.” 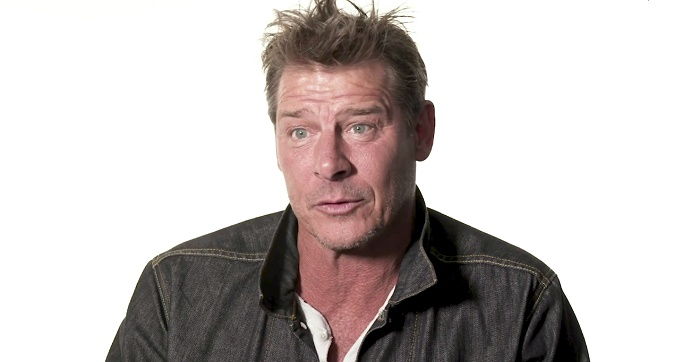 Ty Pennington is a popular US TV anchor who was diagnosed with ADHD during his college years and has never shied away from accepting it in public. Apart from having a successful career in hosting the popular show, ‘Extreme Makeover Home Edition’, aired on television network, ‘ABC’, he has his own Los Angeles interior design boutique. Since it is carpentry that helps him stay focused, Pennington has named his shop, ‘Art Design Home Décor’ (ADHD). The reason his shop is called by this name is that, he feels, anyone who is suffering from ADHD can “focus on one thing long enough to make it happen”. 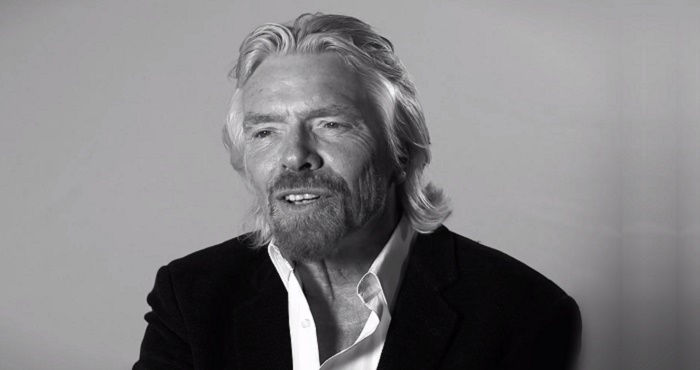 The synonym for the word ‘mogul’ is, Sir Richard Branson. He has achieved such colossal success in the business field, that he has an island to his name. Necker Island (British Virgin Islands) is a 74 acre piece of land, whose sole owner is Mr. Branson.

According to a study carried out by ‘Psychology Today’, people with this mental condition have 300% more chances of becoming entrepreneurs. This business tycoon is no different; by the age of 16, Branson had a publication called ‘Student’ to his name. 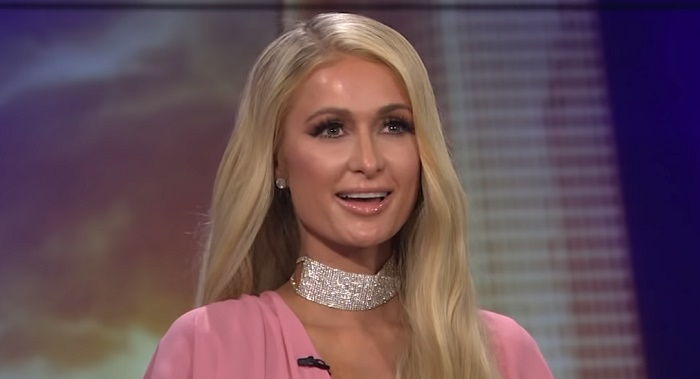 Paris Hilton, an American socialite and the co-author of ‘Confessions of an Heiress’ has been dealing with the effects of ADHD since she turned 12. She uses a drug called ‘Adderall’ to cope with her attention disorder. She had revealed this fact to the world, after she came out of prison for driving with a suspended license. 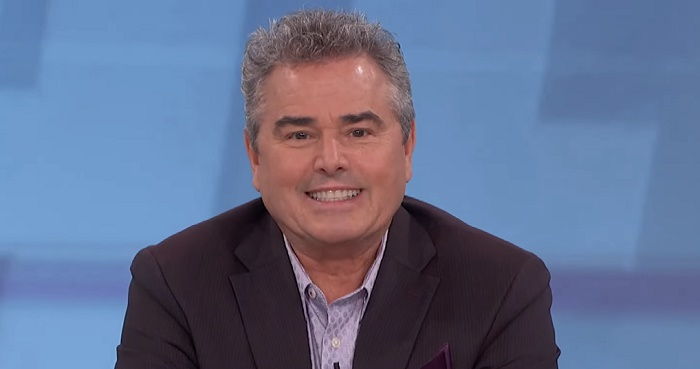 Christopher Knight is hugely celebrated for playing, ‘Peter’ on the original “The Brady Bunch” television series. He had troubles with reading and writing ever since he was a child. Despite the fact that living each day with ADHD was a struggle for Knight, who couldn’t graduate college, it was not until 1997 that doctors found out what his condition was. It was at the age of 39, after his condition was detected, that he started taking medication. The entertainer believes that undergoing treatment for ADHD is similar to donning spectacles for bad eyesight. 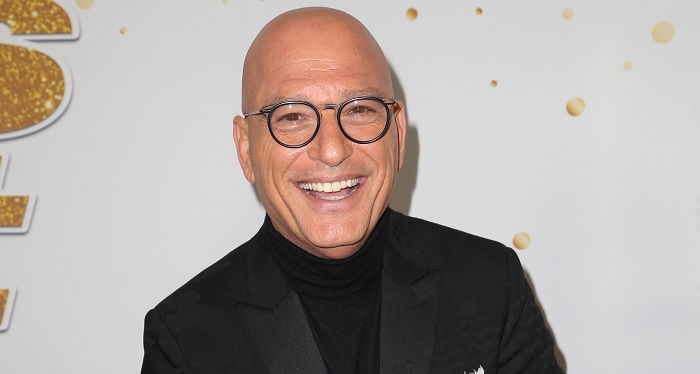 The host of popular TV show, ‘Deal or No Deal’, Howie Mandel deals with ADHD. This verminophobic celebrity recalls that even though he was always very fidgety and restless as a child his condition was left undetected until he was an adult. 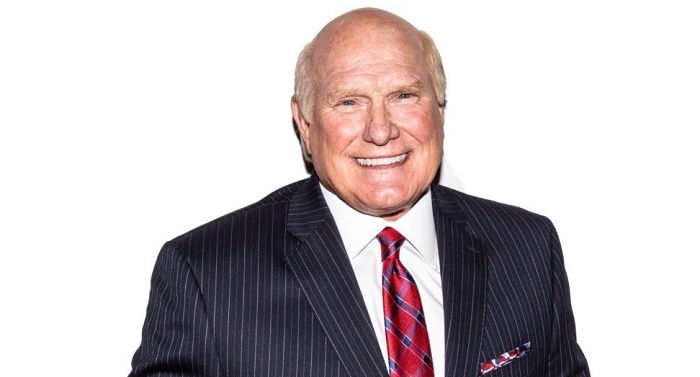 This four time Super Bowl champion revealed his struggles with ADHD in his book, ‘Keep It Simple’. He also fought clinical depression and used to get extremely nervous before matches. But none of these diagnoses prevented him from being a part of the National Football League’s, ‘Hall of Fame’. In an attempt to help the others who are suffering from this condition he advises the “big old macho guys”, to seek medical attention. 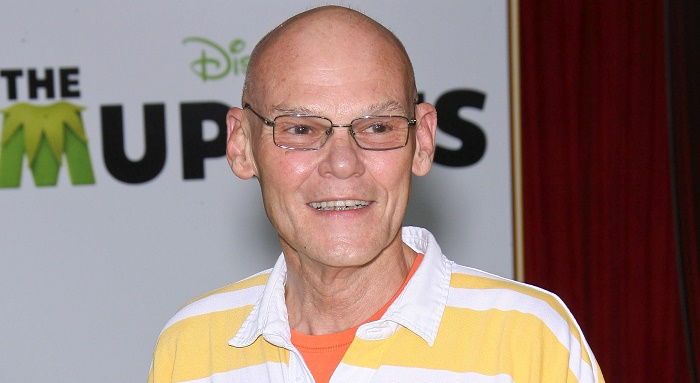 This political analyst was detected with this disorder in his late 50s. It was James’ wife who had urged him to get checked by the doctor. She had realized that Carville’s restless nature was getting out of hand. “I have been fortunate enough that I have a structure around me that I have built over a period of time to deal with it,” says the analyst. 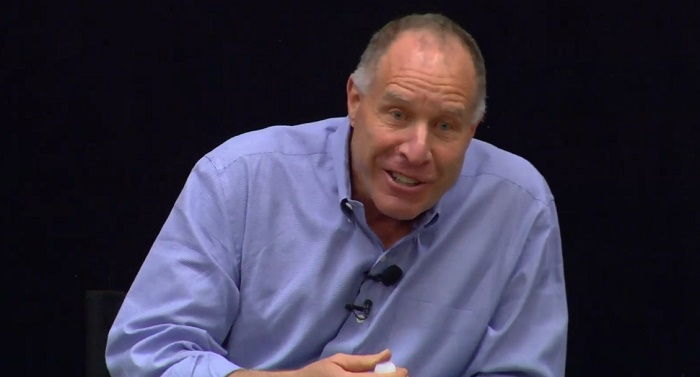 Despite being a successful business tycoon, Paul could not clear his second grade, was an under-average student in high school, and got poor grades like C’s and D’s in college. These failures didn’t stop this outstanding entrepreneur, who is not only dyslexic but has a high level of ADD, from climbing the ladder of success.

He gives the credit of his success to ADHD, saying it was this disorder that gave him an inspiration to start his business, which deals with printing and copying. He is also a bundle of positive energy, and does not get bogged down by small worries. Instead he says, “I can’t write a letter and I can’t fix a machine…I hire capable people to handle that.” 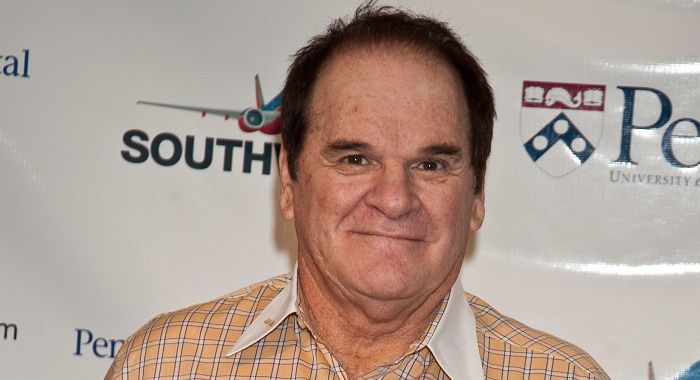 After being labeled as the most mischievous boy by his educators, Pete Rose disliked school for obvious reasons. He took up sports and went on to become a Major League Baseball player and manager. However, since his disorder went undetected, Pete was not given any medication and hence his condition kept deteriorating. He started gambling, and his name was barred from the eligible list to join the, ‘Hall of Fame’. The details of his downfall have been recorded by him in a book called, ‘My Prison Without Bars,’ released in 2004. 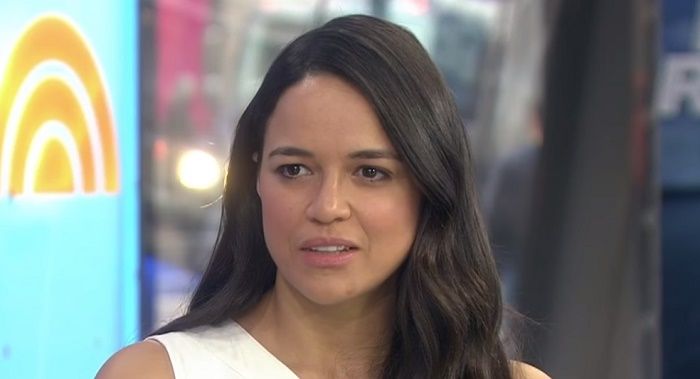 The “Fast and Furious” actress, who has given innumerable hits to the Hollywood industry, is well aware of her condition and fears that it might come in her way for in accepting better prospects. Though this ‘Resident Evil’ actress is aware of the fact that medication is available for this disorder, she is apprehensive about taking it. 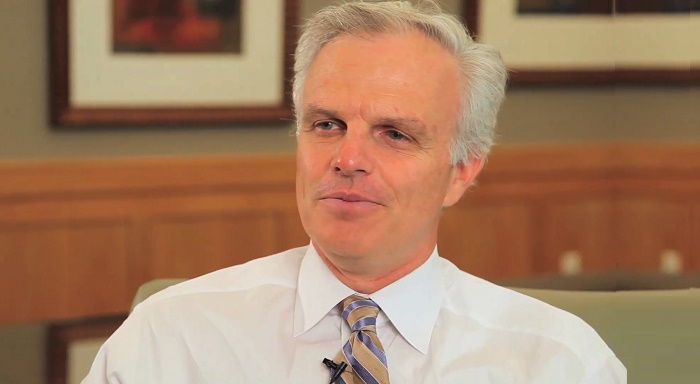 David Neeleman is a big name in the Airline business; he is the founder of ‘JetBlue Airways’. He attributes his success to ADHD, since he believes that this mental condition makes him more imaginative and has enhanced his way of approaching problems. The business magnate, says, “I have an easier time planning a 20-aircraft fleet than I do paying the light bill.” 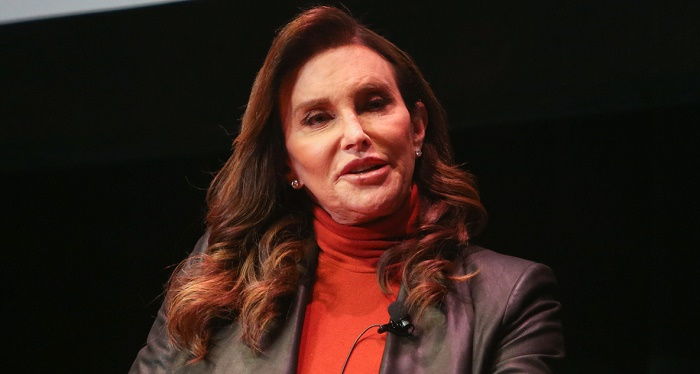 Born William Bruce Jenner, this Olympic decathlon champion faced a lot of problems as a child to maintain his attention span. It was in fifth grade that he bagged the first place in a race and this not only gave him a direction in life but also a way to channelize his energy. With constant practice, hard work and determination to went on to bag the first place in the Summer Olympics, held in 1976. 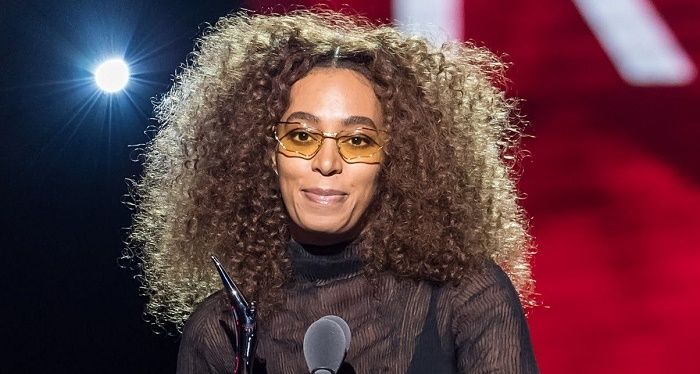 Beyonce’s younger sibling, Solange had a tough time believing that ADHD is a disorder. She gave out a statement to a website, where she spoke about herself always being really energetic. Knowles said, “People think I’m high even when I’m sober.”

All these success stories about people with ADHD, makes one realize that even though this is a mental disorder, there are people who can adapt to their condition and use it to triumph in life. Indeed, it is not what you have that is important, but what one does with what you have –even if it is ADHD.