Famous As:- Eldest child of Prince William, Duke of Cambridge

Prince George of Cambridge, the eldest child of Prince William, Duke of Cambridge, and Catherine, Duchess of Cambridge, is third in the line of succession to the British throne after Prince Charles, his grandfather, and his father. He has been subjected to widespread media attention since before his birth. Being a member of the British royal family, he is a representative of the British people and often embarks on royal tours with his parents. 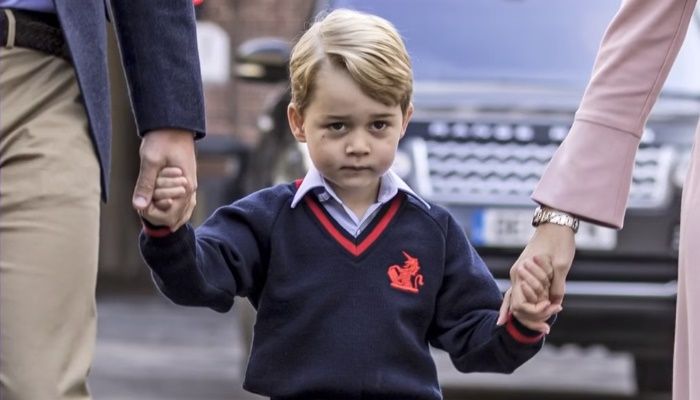 Before Prince George’s birth, many people, including a considerable number of intellectuals, came to believe that the birth would energize the economy of the country and would serve as a focal point for national pride. The Royal Mint, Royal Canadian Mint, and Royal Australian Mint churned out commemorative coins. This was unprecedented in the history of the UK and the Commonwealth realms. 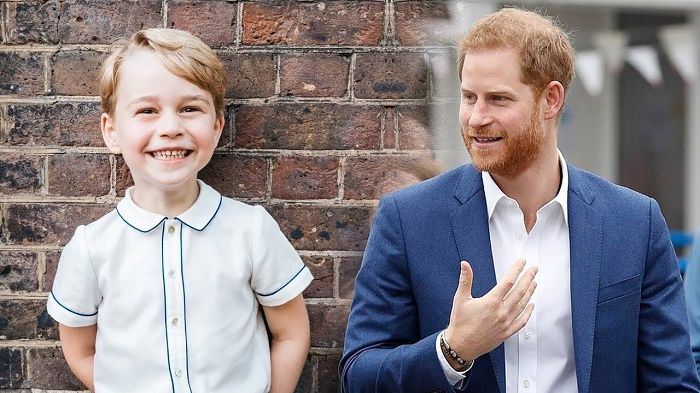 Catherine, Duchess of Cambridge (née Middleton), gave birth to Prince George in Lindo Wing of St Mary’s Hospital, London, at 16:24 BST on July 22, 2013. The news of it was first relayed in a press release from palace officials and then the customary formal bulletin declaring the royal birth was hung on an easel outside Buckingham Palace. This was also unprecedented, as, prior to this, the bulletin had always been displayed first. The child, immediately after his birth, was celebrated as a future king. 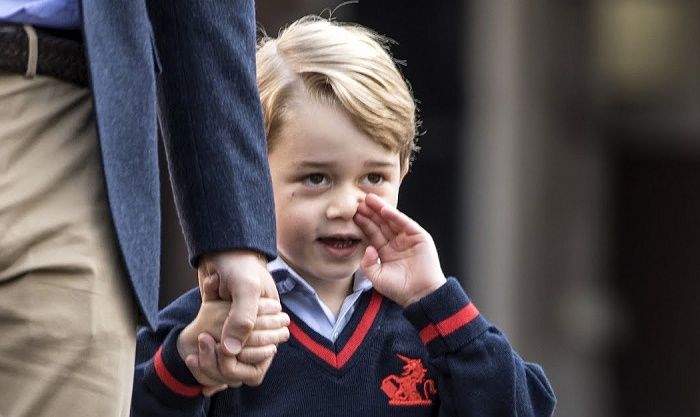 His baptism took place in the Chapel Royal at St James’s Palace on October 23, 2013, and was performed by Justin Welby, Archbishop of Canterbury. Oliver Baker, Emilia Jardine-Paterson, Earl Grosvenor, Jamie Lowther-Pinkerton, the Hon. Julia Samuel, William van Cutsem, and Zara Tindall were named as his grandparents. To mark the occasion, the Royal Mint put out a group of commemorative coins, the first coins celebrating a royal christening in Britain. Prince George is the second British royal in history who was born while two previous generations direct heirs to the British throne were still alive. The first time this happened was between 1894 and 1901, when Queen Victoria was ruling the British Empire. 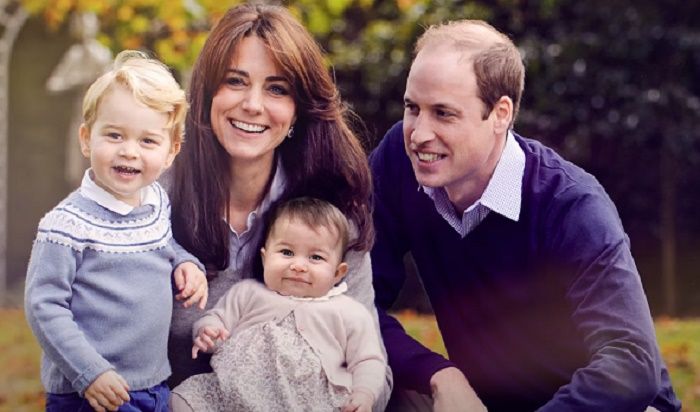 The first time Prince George went on a royal tour with his parents was in April 2014, during which the three members of the royal family visited New Zealand and Australia for three weeks. He made two public appearances during the tour and was hailed as “the star of the show” by BBC. During his speech in Parliament House, Canberra, the then-Prime Minister of Australia Tony Abbott stated that the House would one day welcome George as the King of Australia.

George’s inaugural appearance on the balcony of Buckingham Palace occurred in June 2014 after the Trooping the Colour parade commemorating the Queen’s Official Birthday. 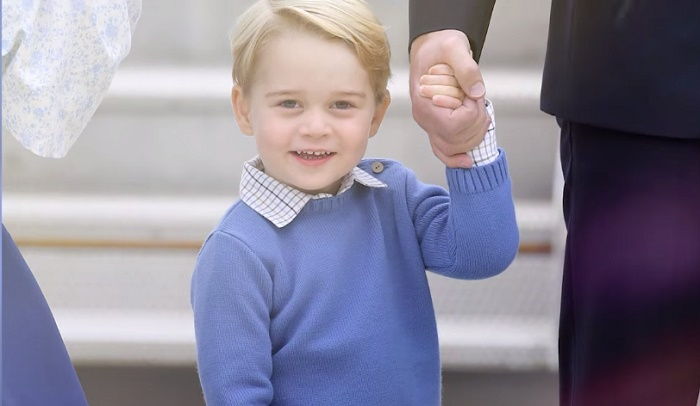 The Duke and Duchess of Cambridge have strived to ensure that George and his siblings have a relatively normal childhood. As a result, the children make sporadic public appearances, even during royal tours. George, being in the direct line of succession, receives much more media attention than his siblings. In August 2015, Kensington Palace issued a statement in which they unequivocally condemned global media for published unauthorised photos of the Prince. According to them, the paparazzi have “crossed a line” in their attempts of spotting and photographing him. 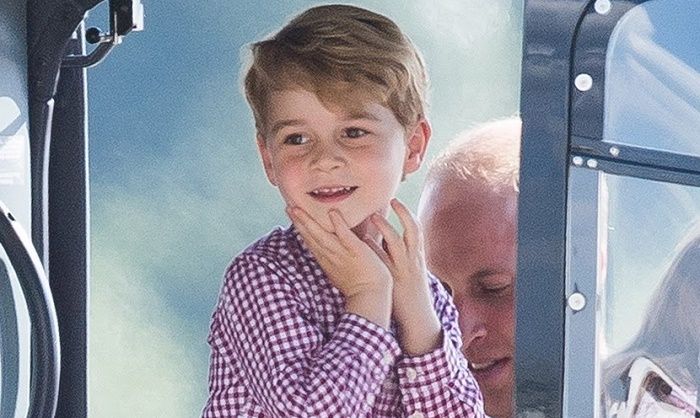 Prince George had his first meeting with then-US President Barack Obama on April 22, 2016. Remembering their encounter, President Obama later humorously remarked that “Prince George showed up to our meeting in his bathrobe… a clear breach of protocol.” By the time the Cambridges embarked on a tour of Canada in September 2016, the family had welcomed its latest member, Princess Charlotte, and she accompanied her parents and older brother on their visit. In July 2017, the two children travelled to Poland and Germany with their parents, who were there on a diplomatic mission.

In March 2020, Prince George and his siblings were featured in an online video as they paid tribute to key workers during the COVID 2019-20 Outbreak by clapping. 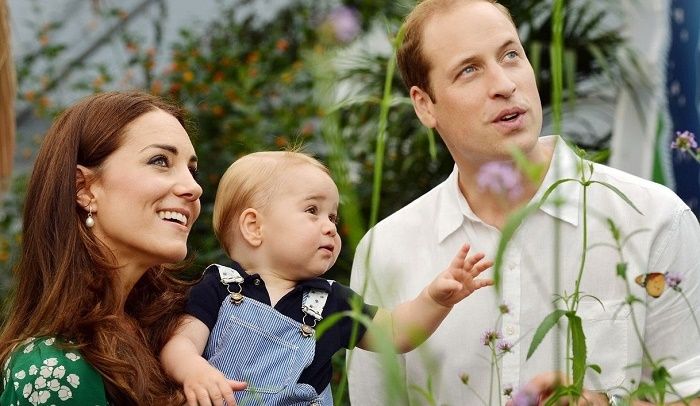 In January 2016, Prince George began attending the Westacre Montessori School Nursery. In September 2017, he enrolled at Thomas’s School in Battersea, a private primary school. He goes by the name George Cambridge there.

Influence on Business and Popular Culture

Following his birth, clothing and other products associated with him witnessed a record amount of sale. This has come to be known as the “Prince George effect” or the “royal baby effect”. Many businesses capitalized on this trend. The type of dressing gowns he was wearing during his first encounter with President Obama were all purchased by enthusiastic admirers. He was even named the 49th best-dressed man in Britain by GQ in 2015.