Famous As:- Wife of Rohit Sharma

Ritika Sajdeh is no ordinary celebrity wife. While famous as the wife of Indian cricketer Rohit Sharma, Ritika is also a sports manager in her own right. Interested in sports since childhood, Ritika joined her cousin Bunty Sachdeva’s sports management firm ‘Cornerstone Sport & Entertainment’ soon after graduation. She was introduced to Rohit Sharma by Yuvraj Singh, at a shoot for ‘Reebok,’ which she was managing, back in 2008. Rohit and Ritika got married to each other after a long courtship period, in 2015. In 2018, Ritika became a mother to their daughter, Samaira. Ritika is a genuine dog lover, and her social media profiles are flooded with pictures of her friends, family, and dog. While minor controversies have cropped up from time to time, Ritika and Rohit are often envied for their picture-perfect family. 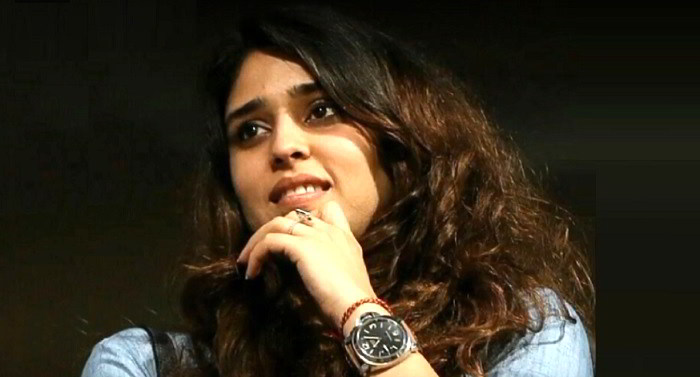 Ritika Sajdeh was born on December 21, 1987, in Mumbai, Maharashtra, India, into the Hindu middle-class family of Bobby and Tina Sajdeh. She grew up in the busy Mumbai locality of Cuffe Parade.

She has a brother named Kunal Sajdeh, who works for ‘IMG Reliance Pvt. Ltd.’

Ritika completed her graduation in Mumbai and then joined ‘Cornerstone Sport & Entertainment,’ a company founded by her cousin, Bunty Sachdeva. She is still associated with the company and works as a sports manager. 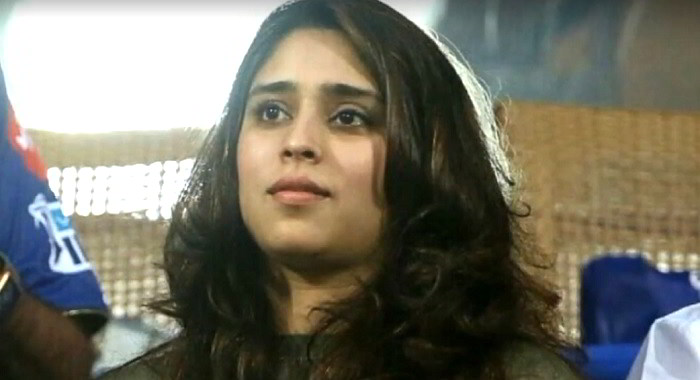 Apparently, Ritika Sajdeh was introduced to cricketer Rohit Sharma at a ‘Reebok’ shoot in 2008, by another popular Indian cricketer, Yuvraj Singh, who is also known as Ritika’s “Rakhi brother.” Ritika was incidentally managing the shoot. The story of how they met was revealed on a ‘YouTube’ series named ‘Breakfast with Champions,’ first aired on December 22, 2017.

Rohit later explained how when he had first reached the shoot, he went ahead to greet Yuvraj and Irfan Pathan, who were already there. 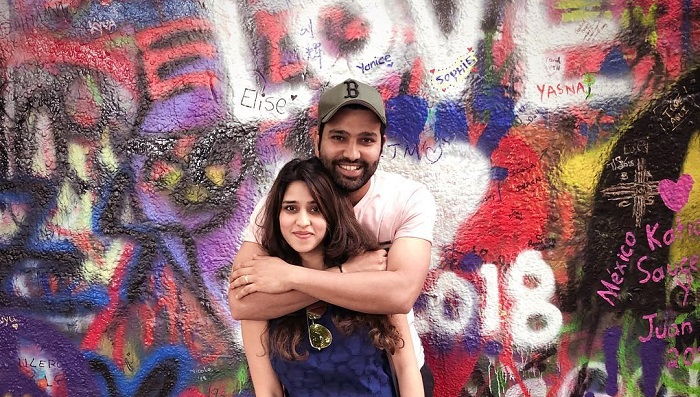 Yuvraj, while introducing him to Ritika, warned Rohit not to try flirting with her, as she was his “sister.” This angered Rohit, and he remained frustrated throughout the shoot. He then took a break and went for a walk, after finding his microphone was not working. However, Ritika soon came to the rescue and asked him to reach out to her if he needed any help. Soon, they became good friends.

Ritika later began managing him. They started dating soon. Ritika began calling him “Ro” and was spotted in almost all his matches, cheering for him.

Rohit was apparently associated with Sofia Hayat in the past, but that did not affect his relationship with Ritika. 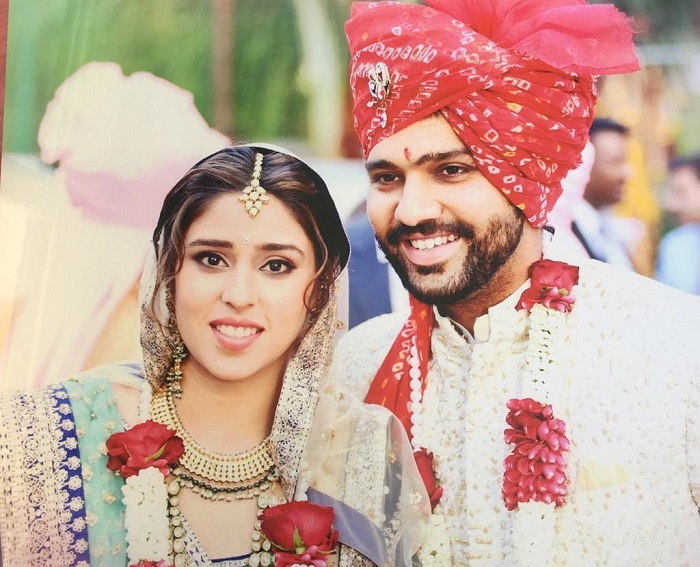 The Proposal and Marriage

After dating Ritika for years, Rohit proposed to her with a solitaire ring, on April 28, 2015, at the Borivali sports club ground where he had begun his career at the age of 11.

They got engaged on June 3, 2015. Their marriage, held on December 13, 2015, at the ‘Taj Lands End’ in Bandra (West), Mumbai, was a lavish affair, attended by several Bollywood stars, politicians, and business honchos.

The Ambanis, the renowned business family of India, threw a party for both Rohit Sharma and Harbhajan Singh (who also got married around the same time). The party was held at Ambani’s residence, ‘Antilla,’ in Mumbai.

Ritika’s brother, Kunal, threw a party for them at the ‘St. Regis Astor Ballroom-Level 9,’ located near ‘Palladium Mall’ in Lower Parel, Mumbai. 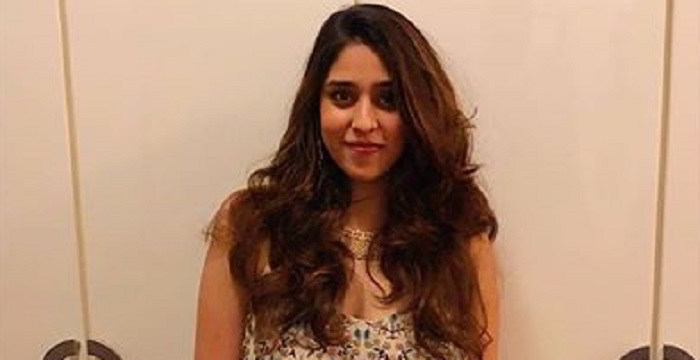 On December 13, 2017, Ritika shed emotional tears in the gallery, as Rohit scored his third double century, in the second ODI against Sri Lanka in Mohali. It was a special moment, as it was the couple’s second anniversary.

On December 30, 2018, Ritika and Rohit became proud parents of their daughter, Samaira. 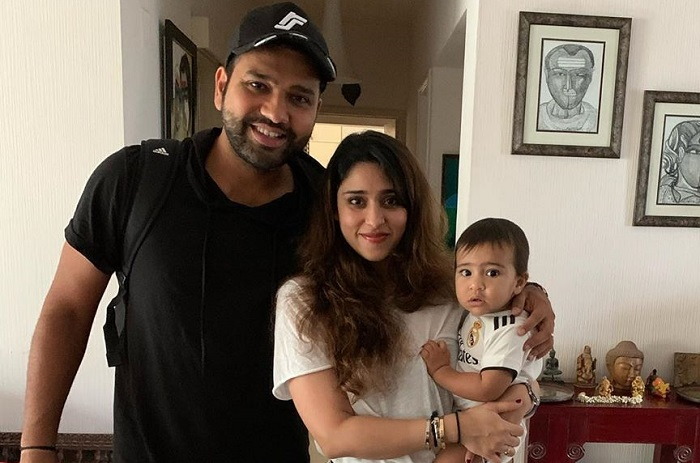 Ritika as a Person

While she is a professional sports manager, Ritika Sajdeh has been interested in sports since her school days. She is a good friend of Ayesha Dhawan, Shikhar Dhawan’s kickboxer wife.

Ritika owns an ‘Audi Q5.’ She loves dogs and supports ‘PETA.’ Her social-media profiles are flooded with pictures of herself with her pet dog.

Her favorite actors are Ryan Reynolds, Robert Downey Jr., and Chris Hemsworth. She loves binge-watching shows, and her favorite TV shows are ‘Riverdale’ and ‘Arrow.’

She loves gorging on chocolate. Her favorite color is pink. Ritika enjoys traveling and water sports.

She now stays with her family in ‘Ahuja Towers,’ Worli, Mumbai. 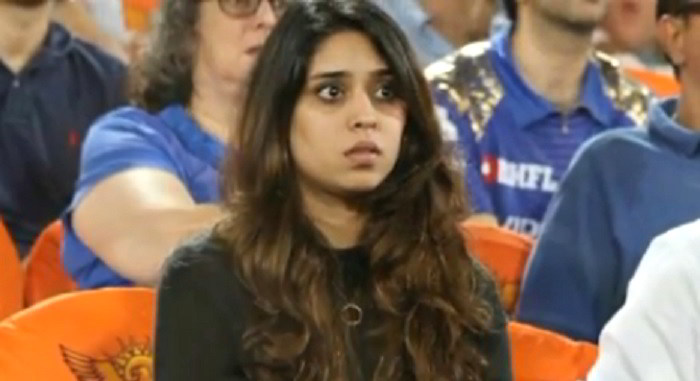 A September 2019 report stated that there was a rift between Indian skipper Virat Kohli and Rohit Sharma. The report also added that years ago, Virat Kohli had gone on a movie date with Ritika Sajdeh, who was then single.

Apparently, Virat had just returned to India after a tour of Zimbabwe and was on a short vacation in Mumbai when he took Ritika out on a movie date.

While their photos were splashed in newspapers such as ‘DNA,’ Ritika seemed visibly uncomfortable, as she was seen hiding her face as photographers clicked them together. 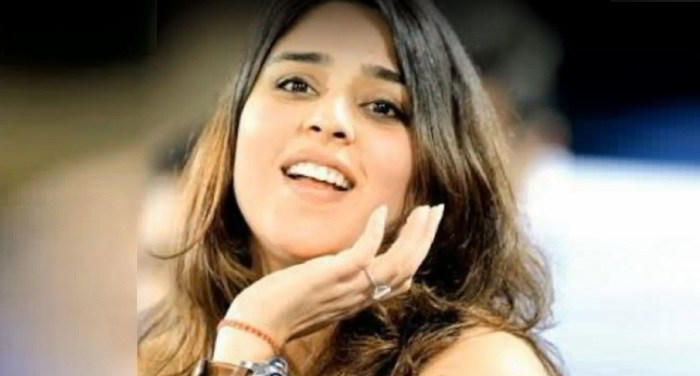 The report claimed that Virat and Ritika had also met during the 2010 ‘Indian Premier League’ (IPL). However, this could have been purely professional, as Ritika, as a sports manager, had represented Virat from 2010 till 2013. Virat also claimed Ritika was just a friend.

However, the rift between Virat and Rohit in 2019 was apparently not because of this minor issue. It was about the decision to send M.S. Dhoni to bat at number 7 during the 2019 ‘World Cup’ semi-final match between India and New Zealand.

Ritika Sajdeh is quite popular on social media. Her ‘Instagram’ account, “ritssajdeh,” has gained over 1.7 million followers. She posts adorable pictures of herself with Rohit, Samaira, and their dog. She also often posts selfies and pictures with her friends. She joined ‘Twitter’ in March 2010 and has gained more than 207 thousand followers on the platform. The fact that she is an avid dog lover is proved by the fact that both her ‘Twitter’ and ‘Instagram’ bio sections have paw emojis.