Famous As:- Son of Gordon Ramsay

Jack Ramsay is better known as British celebrity chef Gordon Ramsay’s elder son. Jack has four more siblings: his fraternal twin, Holly; his elder sister, Megan; and his younger siblings, Matilda and Oscar. Jack grew up in the lap of luxury and was known for his lavish vacations which he highlighted on his ‘Instagram’ account. He has also appeared on a few shows, such as ‘Matilda and the Ramsay Bunch,’ ‘MasterChef,’ and ‘Born Famous.’ However, he later joined a grueling ‘Royal Marines’ training program and is set to pursue it throughout 2020. He was previously known to be in a relationship with a girl named Martha but is now assumed to be single. 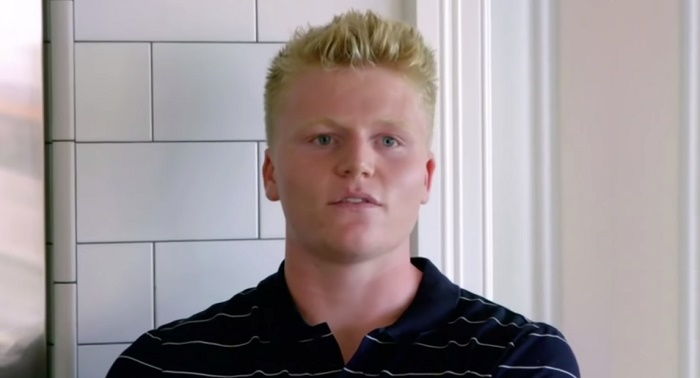 Jack Scott Ramsay was born on January 1, 2000, along with his fraternal twin sister, Holly, in England, to celebrity chef and TV personality Gordon Ramsay and his wife, cookbook author and Montessori teacher Cayetana “Tana” Elizabeth Hutcheson.

In June 2016, Tana had a miscarriage, thus losing her unborn son, whom they had already named Rocky.

Jack Ramsay’s Career: From TV and Social Media to the Royal Marines

Jack Ramsay appeared briefly on the cookery and entertainment show ‘Matilda and the Ramsay Bunch’ (2015–2018), which primarily focused on his sister Matilda and her cooking expeditions with their family over their summer holidays. The show premiered on April 14, 2015, on ‘CBBC’ and eventually ran for five seasons. The final season was aired in 2019.

Jack was also featured on the four-part 2019 reality show ‘Born Famous,’ produced by Gordon’s production company, ‘Studio Ramsay,’ and aired on ‘Channel 4,’ which showed celebrity kids revisiting the places their parents grew up in. Jack thus went to the notorious place where Gordon had grown up: Bretch Hill, in Banbury, Oxfordshire. Jack stayed there with a couch-surfing unemployed teen named George. Jack was described as being polite and helpful on the show, but he was still reminded of his star status and hounded for autographs. 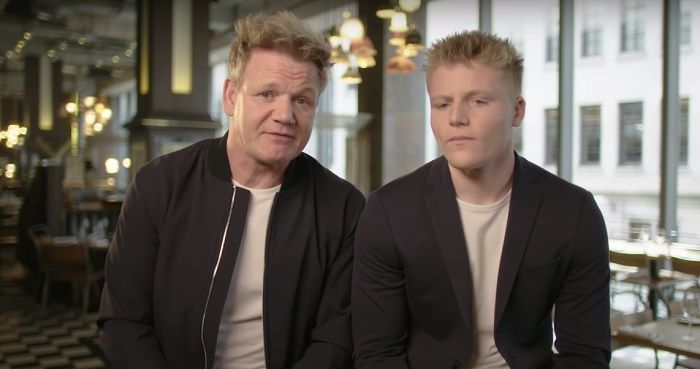 Jack has also appeared on Gordon’s show ‘MasterChef,’ as a guest, judging the mystery box challenge.

He then rose as an ‘Instagram’ star and was often seen posting about his family, his love for theater, sports, and his philanthropic pursuits. In fact, Gordon gifted Jack a rare ‘Rolex’ watch worth approximately £10,000 when he turned 18.

Jack’s ‘Instagram’ account had managed to gain 282 thousand followers. One of his pictures showed him relaxing on a gondola in Venice with British model and son of footballer David Beckham, Brooklyn. Jack loves to travel and has often posted photos of him at various destinations around the world.

However, in 2020, reports suggested that at 20 and after completing his studies, Jack had left his luxurious life behind and had joined the ‘Royal Marines’ as a recruit and would be earning £18,000 a year.

He had already begun a tough 32-week basic training course in late 2019 and is all set to earn a prestigious green beret in the autumn of 2020. Thus, his ‘Instagram’ activity has taken a backseat. Though he is blending in well with the other recruits, reports claim Jack is often ending up being the target of cooking jokes.

A Childhood Spent in Luxury

Jack Ramsay was previously privately educated at ‘Dulwich College,’ one of the country’s most elite and expensive schools. He had a personal trainer and worked out regularly in the basement gym of his London home.

Jack once decorated his bedroom with mementos such as ringside tickets for fights and skydiving certificates. Gordon, while commenting on Jack’s privilege, once said, “Jack wasn’t born with a silver spoon,” adding that “…he was born on a silver tray.”

Jack has also attended ‘Exeter University’ and has previously played rugby for both his school and his university. Jack has also participated in other sporting activities, such as judo, water polo, and triathlon. Thus, his obsession with fitness and sports has helped him in his budding military career, and he can easily ace the tough endurance tests at the camp.

Jack Ramsay’s Relationships: Is He Dating?

In December 2016, a picture that showed Jack Ramsay kissing a girl named Martha made the rounds of social media, and it was claimed Jack had been dating her. The picture was posted on Jack’s ‘Instagram’ account around Christmas and had a heart emoji, a Santa Claus icon, and a flame as its caption. 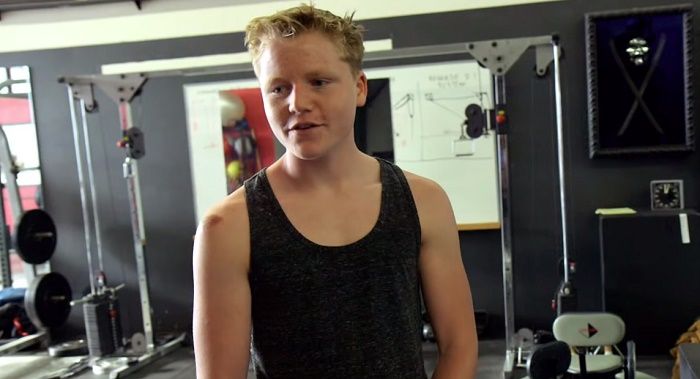 However, later, the photos vanished from his social-media profiles, and it was assumed they had broken up.

In November 2016, when Jack and Gordon appeared together at the ‘Children’s BAFTA’ event, held at the ‘Roundhouse’ in London, the media dubbed Jack his dad’s “doppelganger,” as both sported similar blonde hairstyles, and Jack looked almost identical to Gordon.