Famous As:- Daughter of Julia Roberts

American child actor Hazel Moder is better known as the elder daughter of veteran American actor Julia Roberts and her cinematographer husband, Daniel Moder. Hazel has a twin brother and another younger brother. She is currently a student but has made cameo appearances in the series ‘VH1: All Access’ and the movie ‘Mother’s Day.’ Due to Julia’s interest in Hinduism, she had given Hindu names to her children, Hazel’s being “Lakshmi.” While Hazel is expected to build a career in the world of entertainment, she is also good at sports and is on her school’s soccer team. Hazel and her siblings have mostly been kept away from the media by their parents. 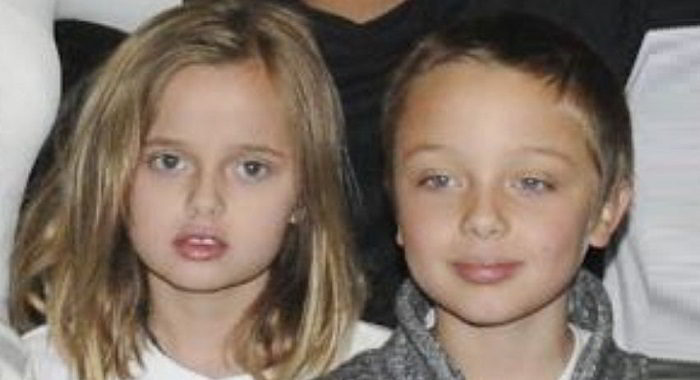 Hazel and Phinnaeus have another brother, Henry Daniel Moder, born on June 18, 2007.

Julia was already a heartthrob of millions by time she met Daniel on the sets of the 2000 film ‘The Mexican.’ Julia was dating actor Benjamin Bratt back then, while Daniel was still married to his then-wife, Vera Steimberg.

By then, Julia had dated a number of celebrities, such as Jason Patric, Liam Neeson, Kiefer Sutherland, Dylan McDermott, and Matthew Perry. She was also married to country singer Lyle Lovett from 1993 to 1995.

After his split with Vera, Daniel got married to Julia at a ranch in Taos, New Mexico, on July 4, 2002. 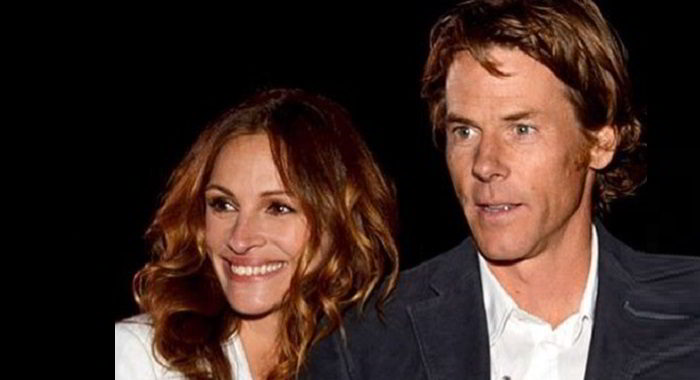 Hazel’s Introduction to the Entertainment Industry

Since the tender age of 4, Hazel Moder has spent a lot of time with Julia on various movie sets. By the time she was 7, Hazel joined acting classes.

She now studies at the ‘Our Lady of Mercy School’ in Los Angeles. Not only is she academically brilliant but she is also part of her school’s soccer team. 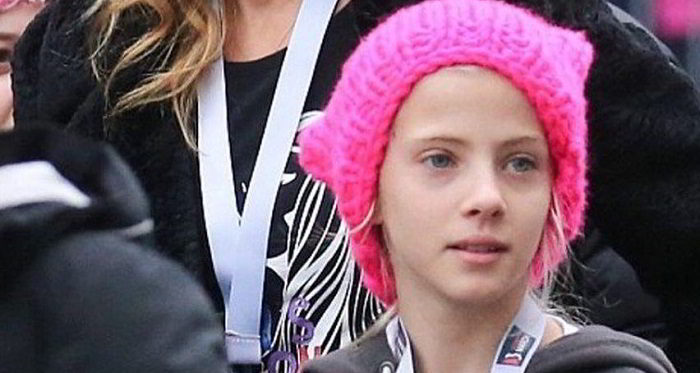 Hazel stepped into acting in 2006, with a cameo appearance in the series ‘VH1: All Access,’ along with her twin brother. The lifestyle magazine series showcased the real stories behind the glitz and the glamor of the world of entertainment and also starred Shiloh Jolie-Piit, Suri Cruise, Brian Donovan, Bex Schwartz, and Jill Dobson. In 2016, she appeared in the Garry Marshall-directed romantic-drama movie ‘Mother’s Day,’ which featured her as a cartwheel kid. The movie had Julia in the plum role of ‘Miranda Collins,’ along with Jennifer Aniston, and traced the lives of three generations while they came together on Mother’s Day.

Is Hazel Moder Dating Someone?

Hazel was once rumored to be dating a boy from her school, but nothing has been confirmed yet. She is thus assumed to be single. 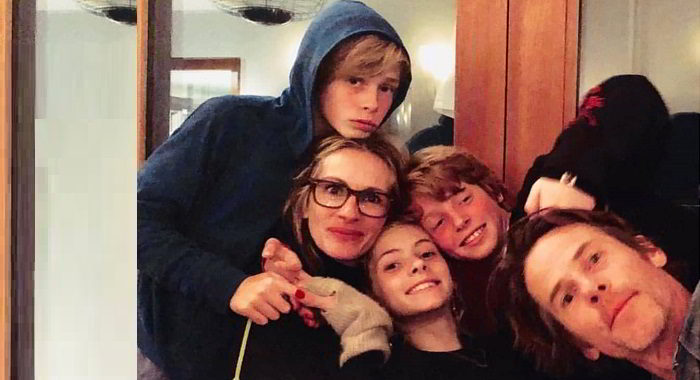 Hazel Moder as a Person

It is believed, Hazel is interested in Hinduism, as her mother, Julia, has been a devout follower of the teachings of deceased Hindu spiritual guru Neem Karoli Baba.

Julia also took Hazel and her siblings to Swami Daram Dev’s ‘Hari Mandir Ashram’ in Pataudi, Gurugram, Haryana, while filming ‘Eat Pray Love’ in September 2009. During that time, she named the children after Hindu gods. Thus, Hazel was named “Laxmi,” while Phinnaeus was named “Ganesh” and Henry was named “Krishna Balram.”

Two of Hazel’s favorite movies are ‘Notting Hill’ and ‘Pretty Woman,’ both starring her mother. Hazel is also a fan of the series ‘Stanger Things’ and ‘13 Reasons Why.’ 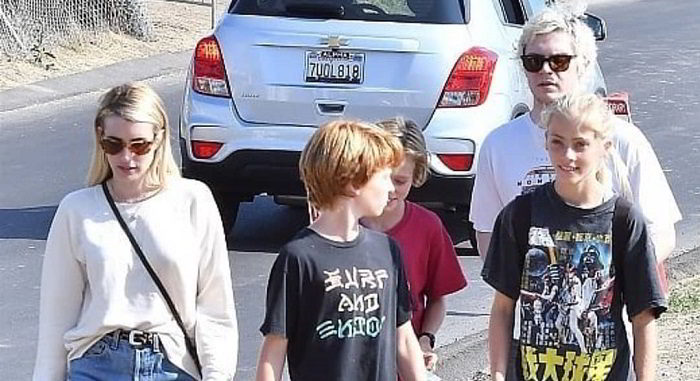 Hazel Moder loves to travel. Julia has taken Hazel with her to many countries while shooting for her films. Hazel’s favorite travel destination is Zurich in Switzerland. Hazel is not only good at soccer but also loves table tennis.

Though Hazel and her siblings are not often seen in photos and usually stay away from the media, a family photo featuring the entire Moder family was posted by Daniel on Mother’s Day 2019, with the caption “That pretty mama in the middle,” adding “We love you so much.” 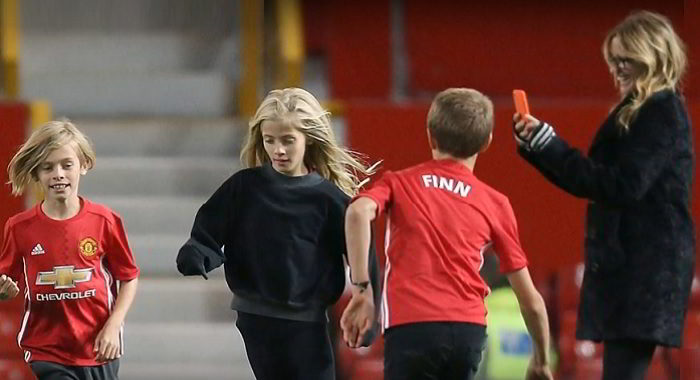 In one of her interviews with ‘Harper’s Bazaar,’ Julia had once said that Hazel and her siblings have no “true sense” of how famous Julia is. She also said that once when she told her children that she was a movie star, they asked her “Are you more famous than Taylor Swift?”

Hazel and her siblings live in a plush house in Montana, with their parents. She and the other Moder children have not been exposed to the media a lot. One of her rare public appearances was when she was spotted with Julia in 2018, with members of the Kennedy family, including Robert F. Kennedy, Jr. 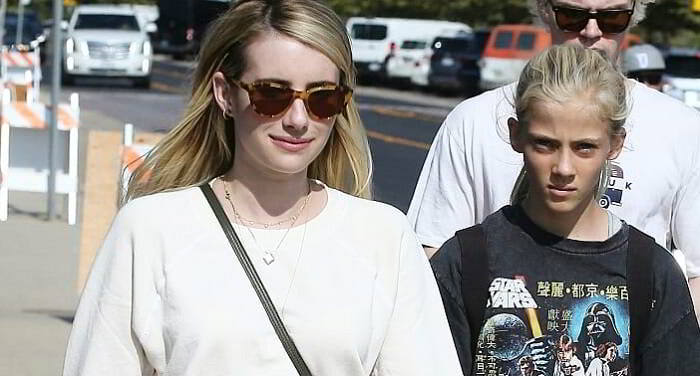 While speaking about Hazel when she had just entered her teens, Julia said she had kept her black ‘Valentino’ dress that she had worn at the ‘Academy Award’ ceremony in 2001, while receiving her award for the ‘Best Actress’ for her role in ‘Erin Brockovich,’ beneath her bed, and plans to give it Hazel when she grows up.

Julia also mentioned that Hazel has “a natural style” and all of her children have a good sense of humor.