Marigold Churchill was the fourth child and the third daughter of former British prime minister Winston Churchill and his wife, Clementine. She was born just 4 days after the end of World War I. Not much is known about her, as she died at the tender age of 2. Apparently, Marigold had developed a cold and sore throat, which had then worsened into a blood infection, leading to her death due to septicemia in August 1921. Several accounts suggested that Marigold was apparently left in the care of a governess while both her parents were away. When Marigold developed a sore throat, the nurse waited for a couple of days before informing Clementine. Though both Churchill and Clementine hurried back to their child, the situation had already gone out of control by then. The grief that the Churchills suffered after Marigold’s death has been depicted in books and TV films.

Marigold Frances Churchill, the fourth child of British politician and former prime minister of the United Kingdom, Sir Winston Leonard Spencer-Churchill, and his wife, Clementine Ogilvy Hozier, was born on November 15, 1918, in London, England, only 4 days after the armistice put an end to World War I. Marigold was nicknamed “Duckadilly” by her parents.

Her parents, Churchill and Clementine, got married in September 1908 and remained married for 57 years, in spite of Churchill’s affair with Doris Castlerosse.

Diana, their first child, was born in July 1909. In May 1911, their second child, Ralph, was born. This was followed by the birth of Sarah, their third child, in October 1914. After Marigold’s birth, the Churchills had another child, Mary, on September 15, 1922.

Marigold Churchill, at age 2, unfortunately, contracted what was then reported as a minor cold. The ailment overpowered little Marigold and worsened over time, leading to what appeared as a blood infection that attacked her immune system.

Marigold died of septicemia at the tender age of 2 years and 9 months, in Broadstairs, Kent, England, United Kingdom, on August 23, 1921. She was just a few weeks short of her third birthday.

Marigold’s sister, Mary Soames, later stated that their mother, Clementine, had left Marigold in the care of a French governess named Mademoiselle Rose, and had gone to stay with the Duke and Duchess of Westminster at their house in Cheshire.

Marigold had then developed an acute sore throat. While her situation continued to grow worse, the governess waited for a day or two before informing Clementine of her child’s misery.

Both Winston Churchill, popularly known as an “enthusiastic and loving father,” and Clementine could not get over the death of Marigold easily. Since Churchill himself was raised in a strict household, mostly without his parents’ love, he had vowed to spend time with his own children and be an affectionate parent.

Churchill once built a tree house at their home in Chartwell for his three older children and used his bricklaying skills to build a small summer house for Mary. Clementine was the stricter of the two parents, and after Churchill’s political career took off, the children were raised by a number of governesses and nannies. 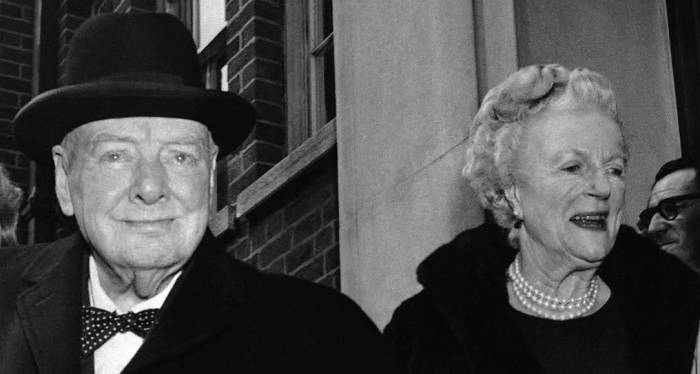 ‘Churchill’s Secret,’ the British drama TV film (co-produced by ‘PBS’) that premiered on ‘ITV1’ on February 28, 2016, depicted Marigold’s death and the pain that the Churchills went through after that. The drama, written by Stewart Harcourt, was based on the book ‘The Churchill Secret: KBO’ by Jonathan Smith. The film starred Michael Gambon as Winston Churchill, Lindsay Duncan as Clementine, and Romola Garai as Millie Appleyard, Churchill’s nurse.

The film had a scene which showed Churchill’s doctor finding him singing “I’m forever blowing bubbles,” incoherently after suffering a massive stroke.

“Bubbles” was incidentally one of Marigold’s favorite songs, and she would often ask her mother to sing it to her. Thus, this was an emotional scene that brought back memories of Marigold’s death.

Mary Soames, Churchill’s youngest child, later narrated the grief her parents had been through after Marigold’s death. In her prelude to her 2012 book ‘A Daughter’s Tale: The Memoir of Winston and Clementine Churchill’s Youngest Child,’ Mary recounted how Churchill had once told her that when Marigold died, “Clementine gave a succession of wild shrieks like an animal in mortal pain.” Mary added, “My mother never got over Marigold’s death.”