Hanne Norgaard is a Danish businesswoman and makeup artist who was married to English actor, writer, producer, and singer, Idris Elba, from 1999 to 2003. She has worked with BBC and Columbia Tristar in London and later founded Kim Elba Makeup Artistry in New York. She currently runs the company ‘Makeup Your Mind, Inc’ from Atlanta, Georgia, and has a cosmetic brand called ‘Kim Elba Cosmetics’. Apart from her ex-husband, her celebrity clientele included stars like Robin Williams, Geena Davis, Hugh Laurie, and Shaquille O’Neal. She was an advisor and makeup artist for the annual ‘My Black is Beautiful’ event in Atlanta for three years and received the BEFFTA Lifetime Achievement Award in 2016. 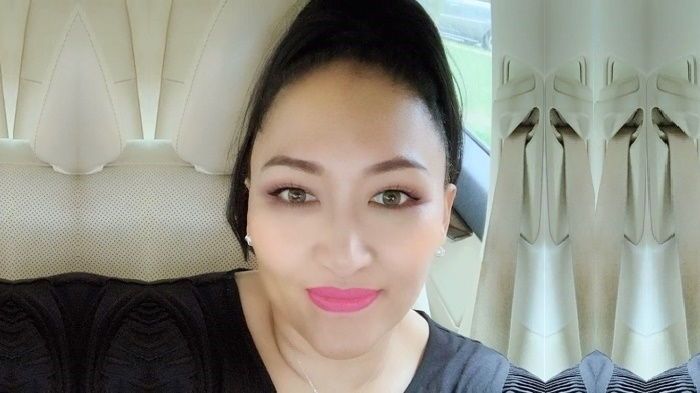 She Is a Successful Makeup Artist

While primarily recognized as the first wife of her famous ex Idris Elba, Hanne Norgaard is a professional makeup artist who has been working successfully in the entertainment industry for nearly three decades. In the early 1990s, soon after completing her education, she began working as a makeup artist on various shows for BBC and Columbia Tristar in London. She was creative makeup director at C.S International Photography Studio for three years. After relocating to New York in 1999, she founded Kim Elba Makeup Artistry NY and continued to work in American films, TV shows, as well as for fashion events and magazine shoots. She founded the company Makeup Your Mind, Inc to provide “quality makeup services to the public and entertainment industry”. She has also launched her own cosmetics brand called ‘Kim Elba Cosmetics’ that offers cruelty-free makeup products.

She Was Married to Idris Elba only for Four Years

Hanne Norgaard met Idris Elba for the first time when she was working as a makeup artist in London and he was an emerging actor. The two got married in 1999 and moved to the United States the same year to further their respective careers. Their only child, daughter Isan, was born on January 5, 2002. However, the couple drifted away soon after and divorced in the following year.

In a 2014 interview, she recounted to Electronic Urban Report, “I knew that what Idris wanted to achieve would take major sacrifices, so I held on for the ride. But I must say, I am very happy with how things have turned out for us all.” However, she refuses to divulge more information about her first marriage and prides herself on the quiet commitment she has made to herself and her daughter. The former couple remains on friendly terms for the sake of their daughter.

Hanne Norgaard and her ex-husband Elba sent the name of their daughter Isan for consideration for the 2019 Golden Globe Ambassador, a title awarded to a celebrity kid involved in philanthropic initiatives, without telling her about it. After she was selected, the information was revealed to her by her father, while her mother explained to her further details. She earned the title due to her work as a mental health advocate and was able to raise awareness about the issue on a global stage. Apart from her philanthropic work, she wants to have a multifaceted career like her father. She has received acting training and became interested in the filmmaking process after witnessing her father directing Yardie in 2018.

She Is the First Lady of Heart Strong Church

Following her divorce from Idris Elba back in 2003, Hanne Norgaard had decided to focus on her career and motherhood. While she managed to stay away from the limelight as her ex-husband graced tabloid pages with numerous romances, she finally tied the knot again a decade later in April 2013.

Her second husband is esteemed Pastor Andrew L. Friar, II, who is the great grandson of one of the founders of the Church Of God In Christ (COGIC), the governing body of the Pentecostal denomination. According to a 2014 report, he became Associate Minister of Berean Christian Church, after serving there as a member for five years and was a member of the Core Ministry’s Minister’s Ministry of Gwinett County. He is also the founder of the Heart Strong Ministry, a church initiative that his wife actively supports: “I feel gratified by contributing to the birth of this ministry and I am eager to see what Andrew and I can create together.” She resides with her family in Atlanta, Georgia.

She Describes Herself as a Blasian

Hanne Norgaard, who is of Danish origin, describes herself as Blasian on her Instagram profile as an acknowledgement of her Black and Asian heritage. She was born on April 5, 1977, in Denmark to an African-American father and a South Korean mother. She was raised in different countries across the globe including England and South Korea. She was reportedly interested in a career in modeling during her youth, but was convinced by her parents to complete her education. She attended International Makeup Artist Academy (Europe) and obtained a diploma with highest honors in Makeup, Hair, Nails, and Special Effects. Between 1991 and 1993, she served as a talent director for Finesse International Modelling Agency in London. She later pursued a course in Makeup Artistry from S.C Institute in Washington DC from 2004 to 2006.

She Suffered from Depression

Hanne Norgaard’s daughter Isan, who is known for her philanthropic work regarding mental illness, has revealed that her mother was diagnosed with bipolar depression, depression, and chronic anxiety. She opened up about her mother’s battle with depression at the Golden Globe Ambassador Luncheon in 2019 and later told People, “It was only about two years ago that my mom opened up to me.” Talking about it helped her cope with the situation and inspired her daughter to raise awareness about the topic which is considered a taboo within the African-American community, especially among teenagers.