American ‘TikTok’ star Aaron Hull has been creating ripples in the social-media scene of late. His comedy clips on ‘TikTok’ and his content on other platforms such as ‘Instagram’ and ‘Twitter’ have made him quite popular. This Chico-based young internet celebrity also gained substantial fame after his rumored relationship with popular “YouTuber” Emma Chamberlain came under the media spotlight. While neither of them ever confirmed their relationship, their social-media activity revealed that the couple had traveled together and were quite close. Aaron is even said to have met Emma’s parents in San Francisco. However, a video that surfaced in January 2020 showed Aaron describing Emma as “annoying.” They were rumored to have broken up following this. Aaron also faced a lot of backlash from fans for the video and later made a public clarification regarding it. Nevertheless, the incident seems to have garnered him a lot of publicity. 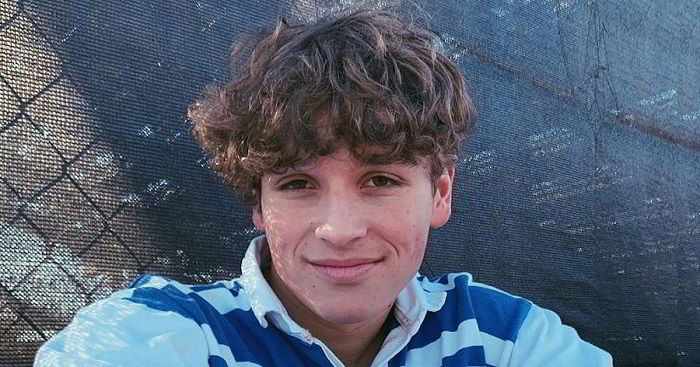 Aaron Hull was born on May 23, 2001, in the United States. He lives in Chico, California, and attends the ‘California State University, Chico.’ He is set to graduate in 2023.

He has been a competitive swimmer for 10 years and also loves skateboarding. He is proficient in both English and French.

Aaron is most popular as a ‘TikTok’ video creator, but he began his journey on social media by making ‘YouTube’ videos with his high-school friends. He also posted his first ‘Instagram’ picture in September 2013.

His ‘TikTok’ profile now has more than 777 thousand followers. For one of his videos, titled ‘Guys I’m never drinking coffe again. I can’t straight think help,’ he used an original sound by Angela Lansbury, titled ‘Pride and Prejudice.’

His ‘Instagram’ account has now gained more than 377 thousand followers. His ‘YouTube’ channel, launched on April 22, 2014, has earned over a million views and more than 102 thousand subscribers. His first ‘YouTube’ video, ‘Welcome to the Possé Channel,’ was posted much later, on January 4, 2018. The video has gained 30 thousand views to date. The channel mostly consists of vlogs. On ‘Twitter,’ Aaron Hull has more than 25 thousand followers. He joined the platform in October 2019.

It is believed that Aaron had started dating American ‘YouTube’ star Emma Chamberlain in October 2019. In fact, their fans later began calling them “Emron.”

Previously, Emma was rumored to be dating Ethan Dolan of the comedy duo ‘The Dolan Twins.’ Ethan had uploaded an ‘Instagram’ picture of him jet skiing with Emma on the 4th of July. They were also known as “Ethma” by their fans and had reportedly first started talking in May 2018. In spite of collaborating on numerous videos together, they ended their relationship in August 2019.

Following this, Emma said in an interview with ‘W’ magazine that she did not wish to have a public relationship ever. She said she was afraid of break-ups and found other people’s relationships “boring” and “gross.” However, Emma soon began to be linked with Aaron Hull. 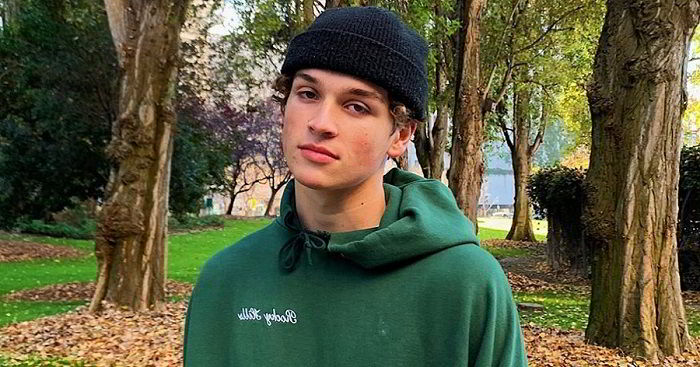 Emma was first seen in one of Aaron Hull’s ‘TikTok’ videos on October 5, 2019. She was then spotted wearing Aaron’s ‘Chico State’ sweater. Emma also joined Aaron’s livestream on ‘TikTok’ on October 10, 2019.

Following this, in one of his videos, Aaron Hull mentioned Emma as his celebrity crush. When asked by a viewer if he would ever date Emma, he responded by saying “Yeah,” thus hinting at a possible relationship

Aaron had incidentally been following Emma on ‘Instagram’ for a long time, but Emma started following him on October 15, 2019. 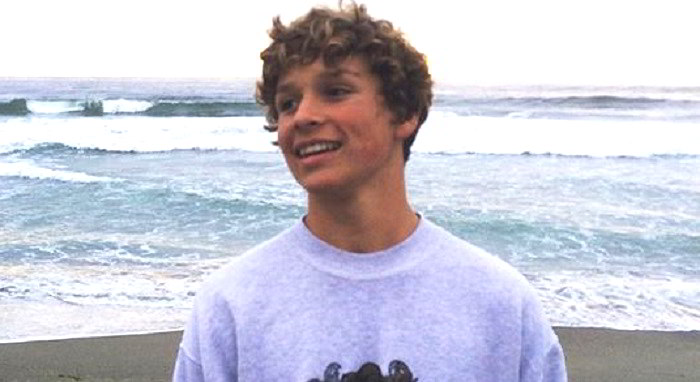 On October 19, 2019, fans began guessing that Aaron and Emma had traveled to San Francisco together. Apparently, both of them shared photos containing similar views of the city on their ‘Instagram’ stories. 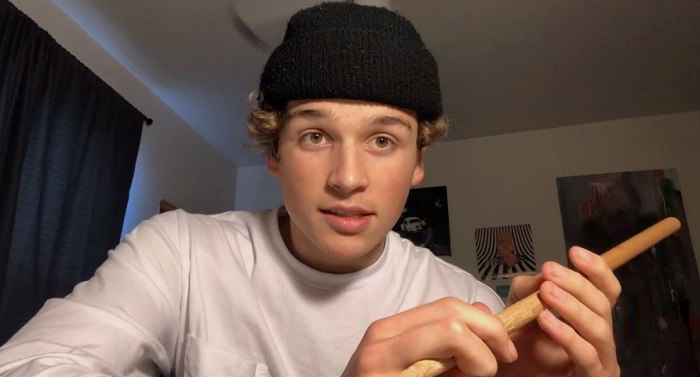 On October 20, 2019, a fan met the couple in San Francisco and uploaded his selfie with them. On November 2, 2019, Aaron and Emma were clicked together at a ‘UCLA’ game.

Following this, on November 7, 2019, Emma posted a video titled ‘Learning How to Skateboard to Impress a Guy.’ She exclaimed in the video: “I like this guy and he skateboards.” Fans were quick to guess that the guy she was talking about was probably Aaron Hull, as he loves skateboarding. They were also seen together at the ‘Tropicalia Music & Taco Festival’ on November 10, 2019.

However, on January 26, 2020, rumors stated that they had broken up. Apparently, Aaron had called Emma “annoying” in a ‘TikTok’ video. It was later revealed that after reading a fan comment that said, “I have a crush on Emma Chamberlain,” Aaron had replied rudely: “I did too until she became annoying.”

Soon, a picture of Aaron Hull kissing another girl was shared all over social media. Following this, Emma unfollowed him on ‘Instagram.’ 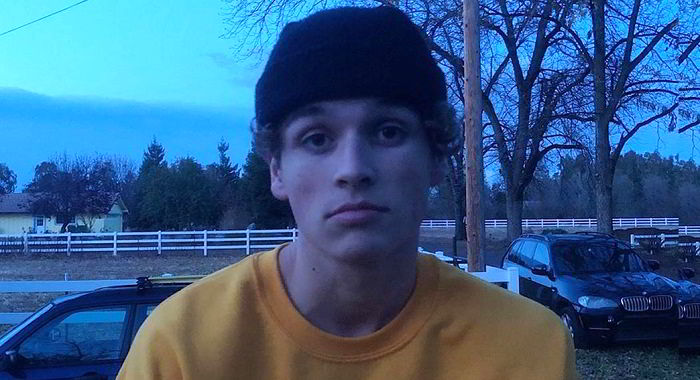 Aaron Hull, however, later explained the issue in detail. It was very clear that their fans did not like the way Aaron had trash-talked about Emma. Thus, Aaron soon declared his stand on ‘Twitter,’ on January 27, 2020, saying that the video in which he was seen describing Emma as “annoying” was filmed in August 2019, when they did not even know each other that well. He also stated that just because the photo in which he was seen kissing a girl was making rounds of the internet, it did not mean he had been cheating on Emma. He said he had done nothing wrong but did not say that the person in the photo was not him. He also stated that he had “nothing but respect for Emma…” 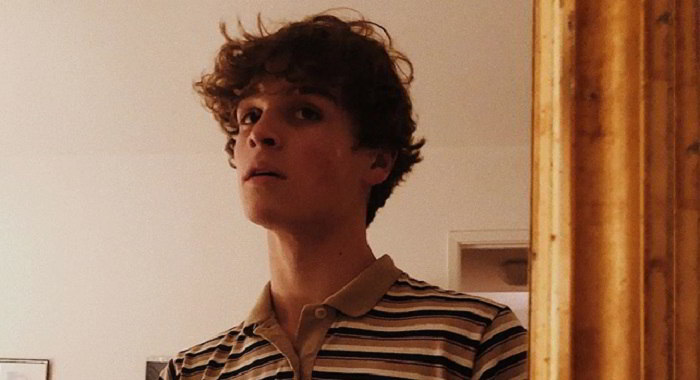 Although Emma has not publicly commented on the video, their fans have shamed Aaron online, saying he should have been grateful to Emma for the publicity she gave him.

The hashtag campaign “#AaronHullIsOverParty” was launched by angry fans on ‘Twitter.’ Many fans also posted the clown emoji on his ‘Instagram’ photos. Some are even trying to push Emma back with her ex-boyfriend, Ethan.