Victoria Waldrip, more famous as Woah Vicky, is an American Instagram star and social media personality. She shot to fame posting lifestyle and meme-inspired pictures on her Instagram handle, ‘imwoahvicky.’ Vicky has also gained considerable attention through her YouTube channel. The hilarious posts of the diva and her repeated use of the word N**** has gone down well with her fans, who eagerly await her new post. Vicky has also forayed as a rapper and released a track that charted sizable spins in SoundCloud. She came up with the single ‘Money Counter’ as well. Vicky has often created controversies for her actions and attitude, including a brush with the law and feuds with other social media stars.

Popularity on the Internet & Other Endeavours

Woah Vicky initially created her Instagram account, ‘woahhvicky,’ but had to delete it amidst controversy, following her racist comments. She later changed her account to ‘imwoahvicky.’ She drew attention posting lifestyle and meme-inspired pictures on Instagram and eventually garnered the spotlight as a new Instagram sensation. Many of her Instagram posts feature her flaunting top fashion brands and luxurious cars. These include clothing and accessories of noted Italian luxury brand Gucci. Her online presence shot up after popular American rappers Snoop Dogg, Chief Keef, and Piles shared some of her videos on their social media accounts. One of her posts of May 2017 mentioned that she ran into American rapper, songwriter, entrepreneur, and record executive Rick Ross at a jewelry store. 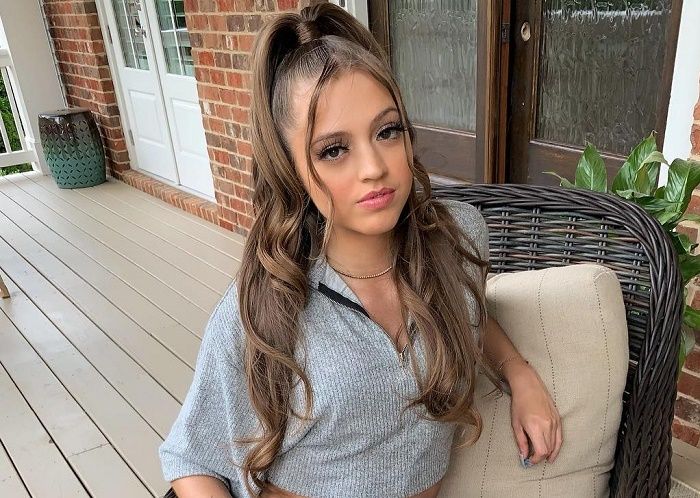 On September 24, 2013, Woah Vicky launched her YouTube channel. She posts prank videos, tutorials on rapping and twerking, make-up videos and many more. Most of the content on her channel are linked with things that are generally associated with the black community. Two of the most popular videos of her channel are ‘THE TRUTH ABOUT LIL TAY AND WOAH VICKY!??’ and ‘LOSING MY VIRGINITY AT 13’.

Vicky has also made her presence felt on other social media platforms, including Twitter, Snapchat, SoundCloud, and TikTok. She tried her hands in music as well and showcased her skills as a rapper. One of her tracks that she released in her own name charted 100k spins in the music sharing website SoundCloud. She also released a single in 2019 titled ‘Money Counter’. She runs her online merchandise store as well. It offers items like T-shirts, Hip Hop Chainz, beanies, Grillz, hoodies, iPhone cases, and ski masks.

Vicky’s ever-expanding online fame has come with its share of controversies which to some extent has attributed in bringing the diva under the spotlight. A huge controversy erupted after she spoke on her ethnicity and claimed to belong to the black community. This was in 2017 when Vicky asserted that she hailed from Atlanta’s prominent neighbourhood, Zone 6, from where reputed black rappers, such as Future, Childish Gambino, Gucci Mane, and Rich Homie Quan have risen. To prove her point, Vicky started doing things that are generally associated with the black community and also came up with evidences which were somewhat bizarre. She drew this conclusion from a genealogical and historical records site, Ancestry.com. As per an ancestry test she took, Vicky holds mixed ethnicity and is 44% African, however she mentioned that she is 25% black. She began rapping and twerking, adopted African-American accent, and even used the offensive ‘N-word’ in some of her updates on social media. While the use of ethnic slur by the diva attracted several hate comments, her actions were strongly censured with many tagging her as a racist. Vicky, who many a times refers herself as ‘Melanin Queen,’ on the other hand argued that as she hails from the black community, she has the right to use the ‘N-word.’ Many suggested that Vicky’s attempt to associate herself with the black community was a tactic she used to raise her online presence and following.

While she was romantically associated with Instagram star Papi JJ for a year, Vicky made up a fake pregnancy story. Later, Vicky parted ways with Papi JJ accusing him of cheating on her. Vicky’s comments on cosmetic surgeries and sexual behaviour of American rapper and social media personality Danielle Bregoli, aka Bhad Bhabie and calling the latter fake was met with censuring. In April 2018, a video featured Vicky getting into a street fight with Danielle. A video of the fight went viral. It featured the two girls punching each other and hurling abuses, before being separated by onlookers. Vicky tried to get her fans’ sympathy by making claims that Danielle and her friend Malu Trevejo, a Cuban-born Spanish singer and internet celebrity, threatened her while Malu also seduced her boyfriend. She was also derided by many when Vicky compared herself with famous American singer, songwriter, and actress Beyoncé.

Vicky also fell on the wrong side of the law and faced arrest with charges of trespassing, resisting and assaulting a law enforcement officer. This happened on February 18, 2018, when she disregarded the cops and security officials at the three-story shopping mall, Four Seasons Town Centre, in Greensboro, North Carolina, and kicked a police officer after they stopped her for trespassing in the mall. Vicky had to spend a night in custody before being released the next day. Nevertheless, Vicky cashed in on the incident, posting her mugshot on her Instagram handle with the caption #freevicky.

Inside Story of Woah Vicky

Woah Vicky was born Victoria Rose Waldrip on March 7, 2000, in Georgia, US, to real estate businessman Steve Waldrip and Carla Johnson. Her father is president of the Marietta, Georgia-based company ‘Homes by Steve Waldrip Inc.’ She grew up in the small city of Hiram in Georgia. According to sources, her parents never married and Vicky prefers not to divulge much on her mother. Her elder sister, Stephanie, around ten years older to her, is an accomplished fashion designer. Stephanie has made items for the likes of Lady Gaga and Gigi Hadid and presently resides in New York.

Vicky studied at the ‘Marietta High School’ in Georgia. Her father supports the sports program of the school; he was also a mentor of the academic program ‘The Youth Apprenticeship Program’ organised by the school. Vicky struggled with her studies and failed to secure good grades all through. She later dropped out from school and was thereafter home-schooled by her father. According to sources, she obtained her high school diploma from an online ‘Penn Foster High School’ program. She started working as a hostess at a local food joint, only to leave it after a few days as she hated being bossed by others. Presently Vicky is focussing on building her career as a model and singer.