American competitive gymnast Sydney Morris is a popular social media influencer. Known on the internet as “Sydney the coral girl”, she posts a variety of vlogs on her self-titled YouTube channel. It was created in February 2016, and she has since accumulated over 70 hundred thousand subscribers and more than 10 million total views. A level-10 gymnast, she also used to run a vlogging channel, on which she has above 10 thousand subscribers and about a million total views. Sydney is also active on Instagram, on which she has nearly a million followers. 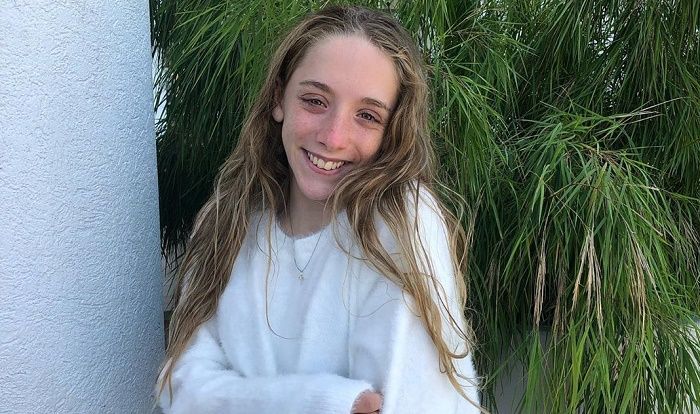 Sydney Morris was born on April 5, 2004, in Annapolis, Maryland, USA, to Kathy and Scott Morris, She has an older brother named Dillon. The family currently resides in Bowie, a city located Prince George’s County, Maryland.

Both her parents have made appearances on her social media feeds. Her mother is an author. In 2014, her parents decided to homeschool her so that she could focus on her gymnastics.

Sydney Morris started doing gymnastics when she was very young. According to her, her parents enrolled her for gymnastics classes when she was three years old because she loved to climb everything. Between 2010 and 2014, she was associated with Win-Win Gymnastics, a gym located in Severn, Maryland.

new skills for the new year

In 2014, she became part of a gymnastics club named 1st Class, located in Annapolis, Maryland. Their coach was Mary Thompson. Sydney and her teammates were called the coral girls because of their team colour. 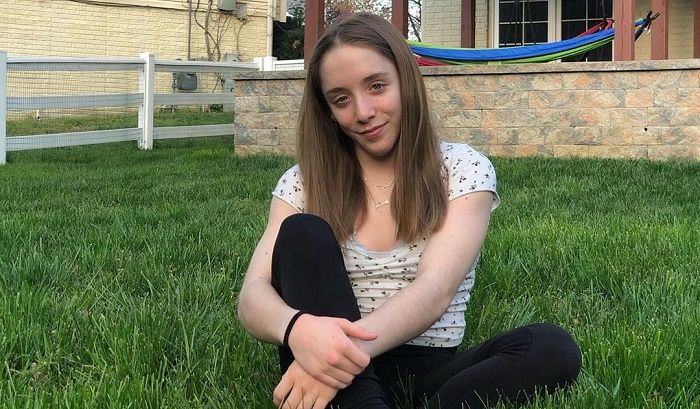 She is working exceptionally hard so that she could be selected for the junior national team this season. She also harbours Olympics aspirations.

Sydney created her self-titled YouTube channel on February 21, 2016, and posted the first video there a day later. Titled ‘Level 9 Beam Competition’, it has accumulated over 11 thousand views to date.

Almost all of her early videos are gymnastics related. On February 23, 2016, she shared a video titled ‘Don’t Do That’, which had a distinctively different tone than her other videos at the time. The 45-second-long video was her first attempt at vlogging. In the description box, she wrote, “After our helicopter ride I went into the cactus garden. Good idea?”

Initially, her channel was known as ‘Sydney the coral girl’. After she left 1st Class Gymnastics, she renamed the channel after her real name. However, that has not much altered the types of content she posts. She continues to post video clips of her gymnastics routines, Q&A videos, challenges, and vlogs. Recently, she has started sharing beauty vlogs and makeup tutorials. 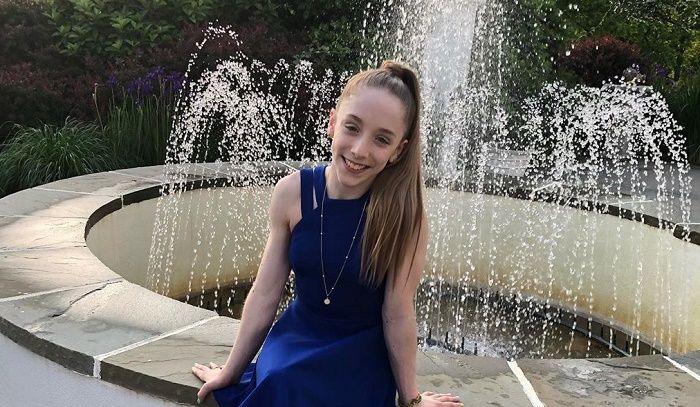 Sydney created her vlogging channel on February 20, 2016. She posted her first video there, titled ‘Kelloggs Tour of Champions- In the Show’, on February 21, 2017. In the course of the next few months, her vlogs garnered considerable attention before she decided to stop vlogging altogether.

She shared her most recent video, titled ‘Quitting the Vlog!’ on July 16, 2018. It is the same video that she posted on her main channel under the title ‘No More Coral Girls’, in which she discussed her departure from 1st Class Gymnastics and joining First State Gymnastics. She also said that she would not post videos on her vlogging channel any longer, as she does not have time for that due to gymnastics training.

Sydney’s oldest post on her ‘@sydney.morris14’ Instagram page dates back to October 2016. in the accompanying caption, she wrote, “I’m back and starting over. Yes, starting over. If you were following before come on back and follow to see gymnastics and other fun pics and tricks!!” This suggests that she had been previously active on the platform, but deleted all her previous posts for some reason. Since then, she has shared about a thousand photos and videos that document various aspects of her life, from gymnastics to her friends and family. These days, each of her posts garners thousands of likes. 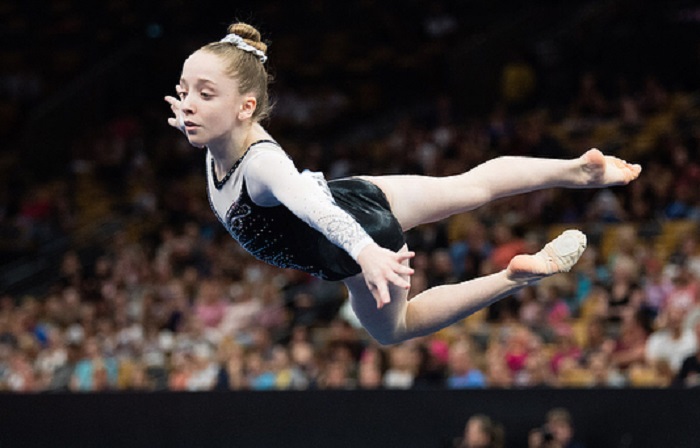 In November 2016, Sydney created her ‘@sydneycmorris’ Twitter page and has since accumulated more than two thousand followers there.

In her free time, she loves to surf, make journal entries, and ride a horse.

Her favourite singer is Billie Eilish.