Aaron Gordon is an American professional basketball player who currently plays as a power forward for the Denver Nuggets of the National Basketball Association. He previously played several seasons with the Orlando Magic, which had drafted him at the age of 18 in 2014. He has been recognized as one of the all-time greatest competitors in the NBA Slam Dunk Contest for finishing as the runner-up twice in five years. Internationally, he led Team USA to two gold medals at the 2011 FIBA Americas Under-16 Championship and the 2013 FIBA Under-19 World Cup. He made his acting debut in the sports comedy Uncle Drew in April 2018 and released his debut single “Pull Up” ft. Moe in April 2020. 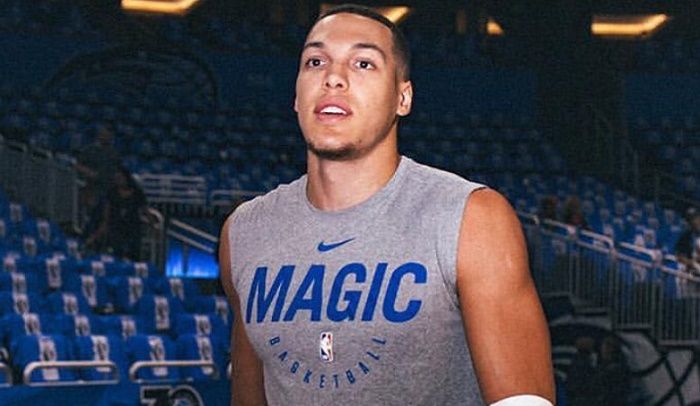 He Was One of the Youngest to be Drafted in 2014

Aaron Gordon, who won two Division II state basketball championships for Archbishop Mitty High School in San Jose, California, committed to the University of Arizona in April 2013. While he was not dominant during his freshman year in college, he was named to the All-Pac-12 first team and earned the Pac-12 Freshman Player of the Year honor. He subsequently decided to forego his next three years of college in favor of the 2014 NBA draft, in which he was selected as the fourth overall pick by the Orlando Magic for his versatility and athleticism. He was one of the youngest players to be drafted that year and signed with the Magic on July 2nd.

He Finished Runner-up Twice in the NBA Slam Dunk Contest

Aaron Gordon, who went on to play with the Magic for seven seasons until 2020, made a name for himself for his extraordinary performance in the NBA Slam Dunk Contest. After missing 32 games in his first season due to an injury, he battled through two tie-breakers in the final round of the Slam Dunk Contest to finish runner-up to Zach LaVine during the 2016 NBA All-Star Weekend. The next season, he participated in his second consecutive Slam Dunk Contest, but was eliminated in the first round. In 2017-18, he missed the All-Star Slam Dunk contest because of a strained left hip flexor. He again went on to finish runner-up to Derrick Jones Jr. in the Slam Dunk Contest during the 2020 NBA All-Star Weekend after earning several perfect scores. 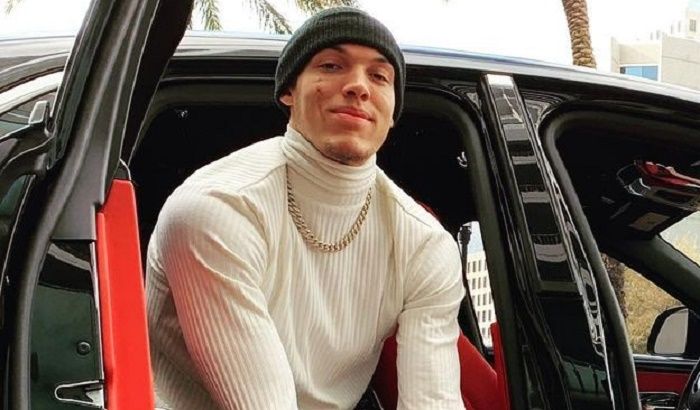 He Grew Up in a Competitive Family

Aaron Gordon was born on September 16, 1995 in San Jose, California, United States to Ed Gordon and Shelly Davis. His father is African-American with Native American ancestry, while his mother is Caucasian. His father is a former basketball player who played for the San Diego State Aztecs in college and was offered a tryout for the New England Patriots. He grew up with his older brother Drew and older sister Elise. His mother told The Mercury News that Aaron, the youngest child in the family, was “raised in a seven-person household filled to the brim with competition and food.” He, however, embraced the challenge and became interested in sports early on. Furthermore, he often pestered his mother to take pictures of him playing with “his buddy ‘hoopin’ when they were just pint-sized”.

His Siblings Are Also into Basketball

Not only Aaron Gordon but also his siblings followed in the footsteps of their father by pursuing basketball. His brother Drew is a professional basketball player who played with the UCLA Bruins and the New Mexico Lobos at the college level before joining the Dallas Mavericks in 2012. For the majority of his career, he played overseas with teams such as Partizan Belgrade in Serbia, Dinamo Sassari in Italy, Banvit in Turkey, Champagne Châlons-Reims in France, Lietuvos rytas in Lithuania, Zenit Saint Petersburg and Lokomotiv Kuban in Russia, and Stelmet Zielona Góra in Poland. He also played intermittently with American teams like the Utah Jazz, the Sacramento Kings, and the Philadelphia 76ers. Aaron’s sister Elise played for the Harvard women’s basketball team for four years. Moreover, former Utah Utes guard Tony Harvey is his cousin.

He Is Managed by His Sister

Aaron Gordon is managed by his sister Elise who attended almost all of his matches during his early career and could often be seen taking pictures from the stand. When he was drafted by Orlando at the age of 18, he had not yet lived on the East Coast and the family decided that he needed someone to be with him fulltime at the beginning of his career. Elise, who graduated from Harvard in 2014, was the best choice for the job and was also deemed as the perfect fit to be his manager. Fluent in Spanish, she quickly hunted down an apartment in Spanish-speaking Orlando and has been looking after his schedule, logistics, endorsements, social media, clients, negotiations and more ever since. On top of her Harvard degree in Political Science and Government, she later completed her MBA from University of Southern California’s Marshall School of Business. According to her LinkedIn profile, she is now a certified NBA Player Agent and is the founder and artist behind the creative lifestyle brand “Ego Honour”. 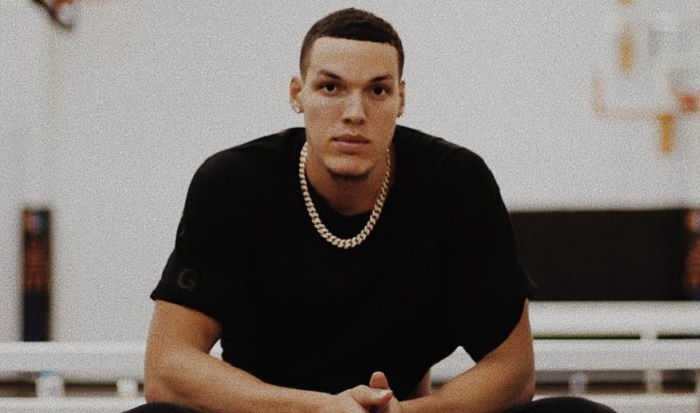 He Reportedly Cheated on His Girlfriend

Aaron Gordon was in a relationship with Dakota Gonzalez, former college basketball player and social media star, for about three years. They have known each other since the early 2010s but began dating later. After he re-signed with the Magic for $84 million in 2018, she had shared an emotional message stating, “Without a doubt I knew that the young 15 year old I met while playing AAU would be the incredible player and man I know today.” He also often tagged her in his Instagram posts. During the time they were dating, the couple appeared together several times in pictures shared online. However, in September 2018, a media outlet revealed that the two had broken up citing a close source who revealed, “He was caught cheating. Not this first time he has cheated on her. Won’t be the last.” She subsequently deleted all past posts about him from her Instagram profile.