Alvaro Romero is an American social-media star, better known as one of the members of the ‘Tiktok’ group ‘The Lollypop Boys.’ Along with Alejandro Rosario, Mattia Polibio, Kairi Cosentino, and Roshaun Diah, Alvaro posts funny dance and lip-sync videos on ‘TikTok,’ as part of the group. Alvaro initially grew up in Passaic, New Jersey, but has now moved with his family to Orlando, Florida. He is an avid soccer player and met the rest of his group mates during soccer practice at school.  He likes to keep his private life away from the limelight, and thus not much is known about his family or his relationships. In late 2019, he came under the media spotlight for a public tiff with his group mate Mattia, on a live stream on ‘Instagram.’ He then stated that he wished to take a break from posting content as part of the group. However, reportedly, he and his team mates have resolved their issues and are now on good terms. Fans love Alvaro’s grounded personality and “boy next door” image, and he is sure to become a successful entertainer in the future.

Alavaro Romero was born on January 24, 2003, in the United States. He has two sisters and a younger brother. However, he has not revealed their names yet. He is close to his mother, but not much is known about her.

He grew up in Passaic, New Jersey. However, he and his family moved to Florida later, as Alvaro’s father had got a better job offer there. 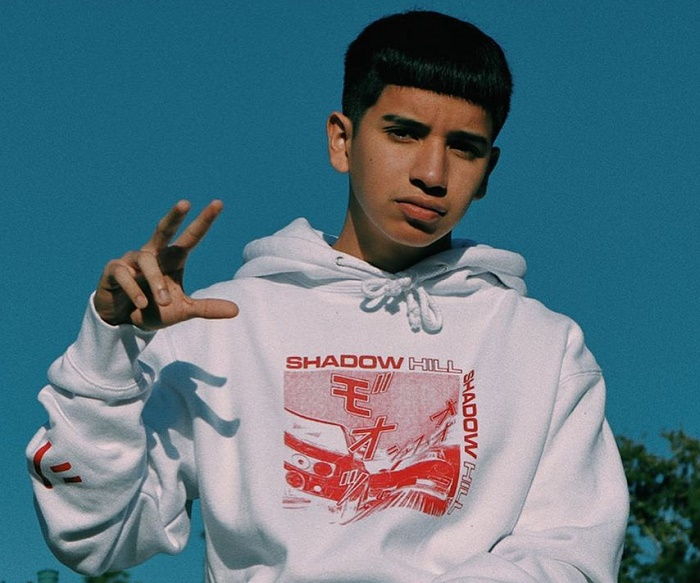 Social-Media Career and ‘The Lollipop Boys’

Alvaro Romero began his social-media career with ‘TikTok’ in July 2019. He mostly posts comedy sketches, lip-sync videos, and dubs. His entertaining content has made him hugely popular with teenage fans. He is known for his shy nature and his short stature of 5 feet 5 inches.

He features his mother in his ‘TikTok’ videos at times. His ‘TikTok’ account, titled “alvaro.romero,” has, over time, gained more than 910 thousand followers and over 50 million likes. He is now in the same league as fellow ‘TikTok’ comedy star Nina Polaris. Alvaro is also present on ‘Instagram,’ where his profile, “ig.alvaro,” has managed to gain more than 387 thousand followers.

Alvaro Romero is a member of the social-media team popularly known as ‘The Lollipop Boys.’ Together, the members of the team upload funny dance videos and other content on ‘TikTok’ and other social-media platforms.

Apart from Alvaro, the group consists of Alejandro Rosario, Mattia Polibio, Kairi Cosentino, and Roshaun Diah. Alvaro does not just collaborate with them but is also good friends with all of his team members. He had met them in school in Passaic. He then got to know them through his soccer practice sessions.

Alejandro once revealed in a video that he had met Alvaro for the first time on the last day of their soccer trials. They had not spoken much in the beginning, but while spending time as part of the same soccer team, they talked and eventually got to know each other. Their common friend, Mike, is also their manager.

In late 2019, Mattia and Alvaro were part of a public altercation on an ‘Instagram’ live stream that was watched by more than 7 thousand fans all over the world.

Apparently, an argument began when Alvaro got angry with Mattia, after he mentioned a private topic during the live stream. The argument was about an issue related to some freshmen in school.

Since Alvaro is known to be a soft-spoken person, their fans were quick to blame the more extroverted Mattia for being rude. There were other fans who urged people not to jump to conclusions and to stop picking sides. Kairi, another team member, later clarified online that Mattia and Alvaro had made up and were friends again.

Alavaro later posted a video that explained his tiff with Mattia. He said that he had accused Mattia based on false information but had found out later that the information was not true. He also stated that Mattia had decided to speak against him in front of thousands of fans, which he did not like. Alvaro also said that Kairi had later spoken against him, too.

Alvaro then stated that he wished to take a short break from making ‘TikTok’ videos with the group and wanted to post content independently. He also mentioned that he thought they were all nice people and would not wish to spoil the friendship that they shared since freshman year.

Alvaro later moved to Florida. Alvaro’s group mate, Roshaun went to Florida along with him. In one of his videos, Alvaro clarified the reason for this. He said that Roshaun was actually from Florida and that his grandparents lived there, too. Apparently, Roshaun wanted to spend more time with his grandparents. Roshaun’s mother, too, was planning to go to Florida.

However, the fact that they moved to Florida together was just a coincidence. Alvaro had to move because his father had got a good job in Florida.

@alvaro.romerowe’ve lived together for 4 days we had to do this bromance at its finest♬ my girlfriend is cuter – samhanscom3

Both Alvaro’s and Roshaun’s parents decided that Roshaun could stay with Alvaro for the time being.

Alvaro and Roshaun thus share the same room now, in Alvaro’s house in Florida. Alvaro even showed their room off to his fans, in a video. Alvaro and Roshaun have also joined the same school now. Though there were rumors that Alvaro had fallen out with ‘The Lollipop Boys,’ he claims he is still in touch and on good terms with the rest of the gang.