An American singer and Youtuber, Angelic shot to fame with her renditions of popular songs when she was all but nine years old. She has the charming good looks to go with her melodic voice. But she is also a pretty good dancer, as is obvious in her YouTube videos and performances, both on stage and live on camera. With more than a million subscribers on YouTube and thousands of fans across various social media platforms (they call themselves ‘Fangelics’ or ‘AngelicDreamers’ by the way), it is hard to believe that Angelic is still just in her teens given how much success she has achieved in such a short time. 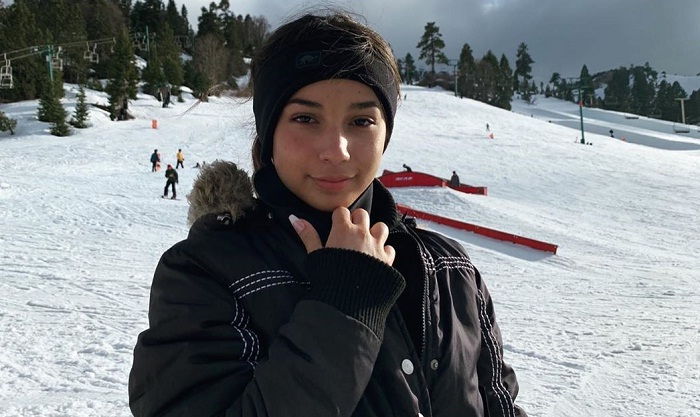 While she may be known to her millions of YouTube subscribers, and social media fans as Angelic, the pocket-sized, singing sensation’s real name is Sophia Montero. She was born on June 22nd, 2004 to Leonel and Maria (both of Venezuelan origin) in Miami, Florida. She has three other siblings – a sister named Alejandra and two brothers named Lionel and Angel.

A couple of years after she was born, her family moved to Los Angeles, California. It was from here that she began uploading her videos on YouTube

In 2013, Angelic launched a YouTube channel named ‘ThisisAngelic’. Her first ever video was her rendition of Katy Perry’s hit single, ‘Roar’. That very song set the stage for her future YouTube stardom.

In the original, Katy Perry had some fairly solid, yet resonant belts scattered across the song for emotional leverage. And a nine-year-old Sophia reproduced the same vocal characteristics with a such poise that it sometimes felt as if she had been singing for ages.

Add to that her super adorable expressions, especially the many times when she would scrunch up her nose to portray that ‘tough-girl’ attitude, and it was hard not to appreciate the nine-year-old’s act. 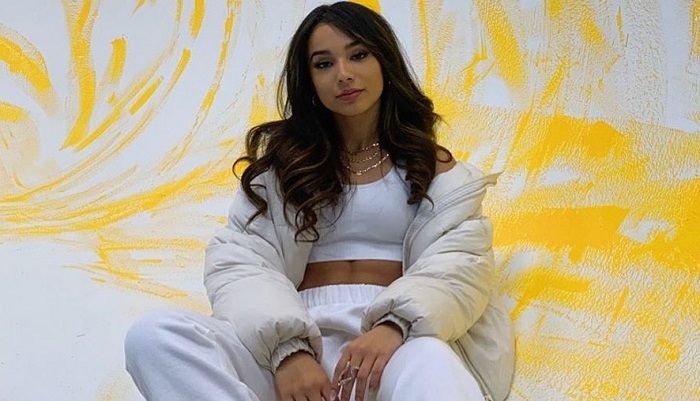 What followed ‘Roar’ was a series of cover songs that included the likes of Ellie Goulding’s ‘Burn’, Meghan Trainor’s ‘Lips are moving’, Mariah Carey’s ‘All I want for Christmas is you’, Cool Kids ‘Echosmith’ and many others.

With each cover video, Angelic’s YouTube channel too experienced a steady increase in the number of subscribers, who simply could not get enough of their favorite ‘Angelic Covers’. As a gesture of support, Cool Kids even posted her version of ‘Echosmith’ on their Twitter page. 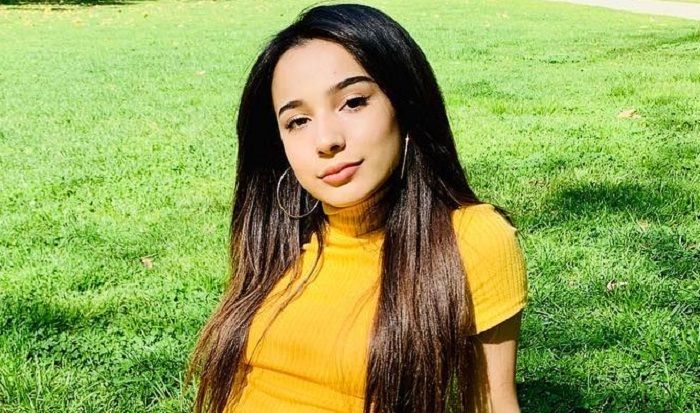 Her defining moment, however, came with her upload of a cover video of Ariana Grande’s hit single ‘Problem’. That song went viral garnering 25,000 views in just one night! Four years later, that very same song had more than 34 million views.
In the following years, she uploaded some very successful cover versions like Becky G’s ‘Shower’, Rude’s ‘Magic’, Miley Cyrus’s ‘Wrecking Ball’, Justin Beiber’s ‘What do you mean’ and so on. With it came the YouTube Silver Play Award for having surpassed 100,000 subscribers.

So excited to make music and beats anywhere I go with my #specdrums by @sphero, it’s the coolest thing EVER

The next month, her Facebook page ‘@angelicofficial’ reached 30,000 likes and 50,000 followers. That same month, she launched her very own app, ‘This is Angelic’ for both iOS and Android platforms, where her fans could directly message her, all the while enjoying exclusive access to all of her old and new videos and photos.

On October 21st, 2016, she dropped her first ever original song, ‘Your Favorite Song’ on YouTube. It was something her fans had been patiently waiting for since a long time, and so unsurprisingly, the song was very well received. 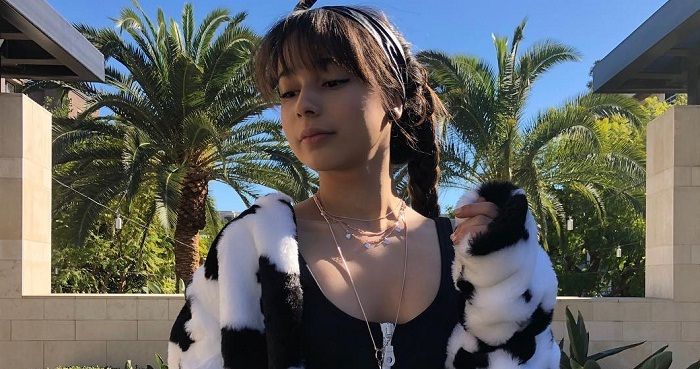 More Originals and A Million Subscribers

Angelic’s next series of singles that were released in 2017 include ‘Your World’ (18th March), Spanish song, ‘Atrévete A Soñar’ (25th April) and ‘My Mom Is Dope’ (5th May). Her originals definitely had a lasting impact on her listeners as it drastically increased her fan base across social media platforms.

By August 27, 2017 her YouTube channel reached a million subscribers. Soon after, she received the Gold Play Award plaque from the social media giant in recognition of her having passed the milestone; one that she cherishes as her proudest moment. 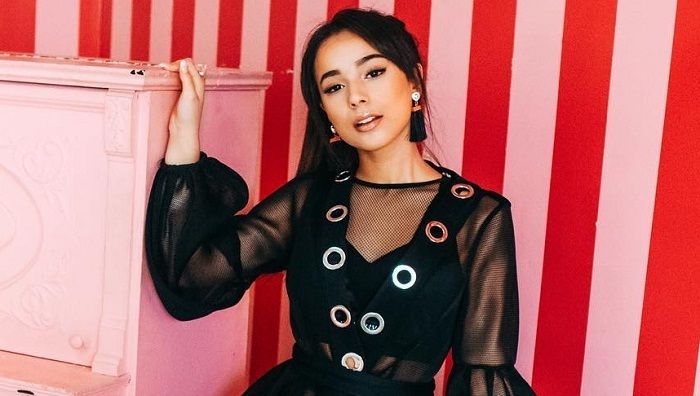 Over the next two years, she released many other original songs, prime among them being ‘Curfew’, ‘Lost Keys’. Her more recent songs, ‘Lost In The City’ and ‘Lose You To Love Me’, of which she has also released Spanish versions are extremely popular on iTunes.

Apart from these, she has performed live in concerts, and has even opened for some like Ram’s Head Recap.

She has always loved doing covers for songs that she likes to listen to herself, however her all time personal favorite song happens to be Queen’s ‘Bohemian Rhapsody’. 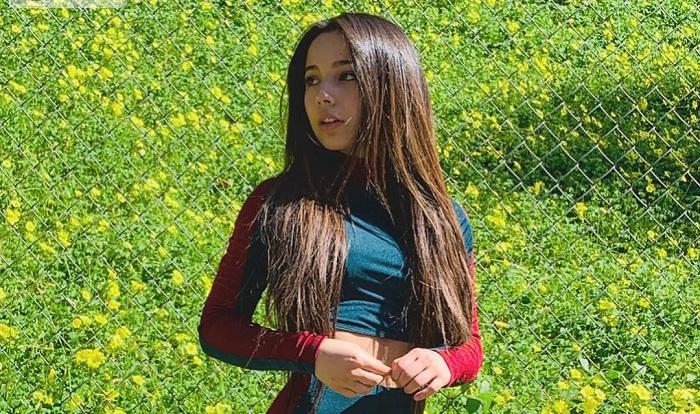 Angelic’a makeup is always on point, perhaps that is why it is also one of her hobbies! But the one piece of makeup accessory that has to have with her at all times is her mascara.

Apart from her little brother, Angelic, she also has a baby niece who she adores beyond definition.

She is quite close to her manager, Josh (real name: Gabriel Rodriguez) and she believes that he gives the best piggyback rides! 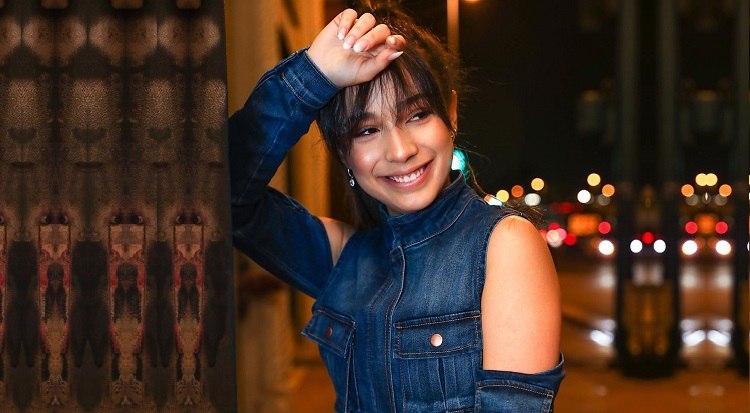 While she may be an extremely popular social media personality, she still likes to keep her uploads and interactions with fans honest. In an interview given to Famous Birthdays in December, 2018, she believed that influencers and normal people like herself and others should be more authentic and their real selves rather than resort to putting photoshopped images of themselves.

Her songs and fan videos always try to promote social causes while keeping with the central theme. She is personally passionate about pet adoption and has spoken out numerous times against bullying and for being more empathetic towards the less fortunate.