American ‘TikTok’ star Luca Lombardo has become a sensation of sorts of late. His collaborations with social-media content creators Maximo Rivano and Mark Anastasio have been hugely popular with their fans. His comedy clips and lip-syncs posted online are often accompanied by shots of him playing soccer, as Luca is a talented soccer player. Not much is known about his relationships, as it seems he likes to keep his personal life away from the media spotlight. His affable personality and his boyish charms have made sure he gets a lot of attention from his fans, both offline and online. He has emerged as one of the top ‘TikTok’ stars of the contemporary times.

Luca Lombardo was born on March 16, 2004, in the United States.Not much is known about his personal life, except that he has two younger siblings: a brother and a sister.

He is an avid soccer player and has been part of his school’s soccer team. He has also been part of the ‘Beachside Soccer Club Under-16’ team. 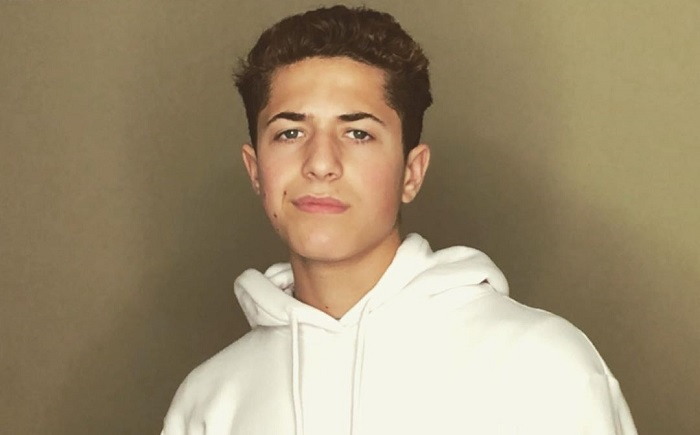 Luca had a keen interest in acting and soccer since childhood. As he grew up, Luca began posting his dance, comedy, and lip-sync videos on the app ‘TikTok’ (‘musical.ly’).

His self-titled account on the platform now has over 837 thousand followers and more than 23 million likes. Luca loves traveling and has also posted some of his travel content on ‘TikTok.’

He often collaborates with social-media stars Maximo Rivano and Mark Anastasio. Together, they create challenge videos and other funny content. They are not only professional collaborators but are also good friends, owing to their common passion: soccer

In December 2019, he attended a Christmas-themed party named the ‘MistleTok Meet-Up’ with Charli D’Amelio and other major ‘TikTok’ content creators, at the ‘Arch Street Teen Center’ in Greenwich, Connecticut.

In an interview given to Tyler Boronski at the same venue, Luca mentioned that it was easier for him to perform with Maximo and Mark, as all three already knew each other before they stepped into the world of ‘TikTok.’

He also said that he enjoys the fact that fans click his photos after his soccer games in school. On being asked what he does to stay among the top ‘TikTok’ performers, he answered that he just follows the trends and does not do anything special.

He stated that his fans were responsible for making him famous. He advised other social-media stars to keep posting consistently, without taking a break, as that would help them retain their followers.

Luca also appears on merchandise that is available online, such as phone covers and stickers.

His parents’ names are Keith Lombardo and Nicole Lombaro. Some of his earlier ‘Instagram’ posts featured his dad.

He has a younger brother named Matteo and a younger sister named Julia. They have been featured in his ‘TikTok’ posts. In February 2019, Luca went to ‘Super Bowl LIII’ with his family.

Not much is known about Luca’s family, and it is probably because he likes to keep his private life away from the spotlight. It is also assumed that he is single, as one of his recent ‘TikTok’ posts had him lip-syncing to a song, with the words “Single AF” written on his arms.