Best known for her lip-sync videos on ‘TikTok’ (musical.ly), Signa Mae is a promising young American social-media star. A personal tragedy made her an empathetic individual, and she began inspiring millions of teenagers across the globe, with her positive online content. Signa definitely has a bright future as an entertainer and an influencer.

Signa Mae O’Keefe, better known as Signa Mae, was born on September 18, 2003, in Maple Grove, Minnesota, United States. She is also known by her online nicknames, “sig” and “signaxmae.” She attended ‘Maple Grove School’ in her hometown, Maple Grove. She is also inclined toward sports and was an active member of her school volleyball team, the ‘Minnesota Select Volleyball Club.’ Signa played as a middle blocker for the club and wore jersey number 24. 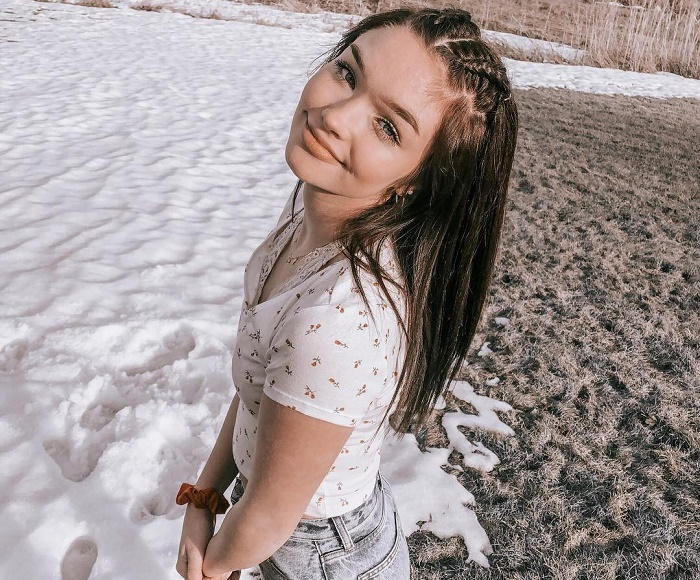 Signa Mae, like any average kid of her age, grew up watching videos online. This eventually helped her develop an interest in social media. She began her social-media career at the tender age of 12, when she created her ‘TikTok’ account. She soon gained a huge fan base with her lip-sync videos. She currently has 5.4 million followers and over 800 million likes on the platform.

She once created a ‘TikTok’ video set to Skylar Grey’s “Coming Home” as a tribute to her late brother, Beau. It went viral and inspired a lot of her fans who had similar problems in their lives. Her video ‘ha my smiles ugly but #SmileChallenge’ was one of her first video compilations.

When Signa Mae had plunged into ‘TikTok,’ she had no particular goal in mind. However, she thinks it helped her become more extroverted. She is now a verified and “crowned muser.” Her clips are inspirational and help teenagers deal with difficult situations, such as the death of a loved one or being bullied. Since Signa herself went through a similar situation after her brother’s death, she wishes to spread positivity through her social-media content and help others deal with similar issues.

She ventured into ‘YouTube’ in 2015 but relaunched her channel in 2017. By the summer of 2017, she had only one video on the channel, titled ‘Calling the real Jacob.’ The video earned her more than 30 thousand views in just 20 hours. She recorded her ‘YouTube’ introduction video in October 2017, though the channel or the videos are not available anymore . She gained 100 thousand ‘Instagram’ followers by 2017. She currently has 877 thousand followers on the platform.

Her last post on her old account on ‘Twitter,’ “@signaokeefe_” (which she created in February 2017), is from 2017. She has a new ‘Twitter’ account, “@signaamae,” created in July 2019, and posts inspirational comments there. She has 1,228 followers on her new ‘Twitter’ profile, while her old profile has 2,596 followers . She is also present on ‘Snapchat.’

Signa Mae is the second of the four children of Matt O’Keefe and Shannon Ottmar. She has a younger brother named Aaden and a younger sister named Sophia. Sophia, too, is a ‘TikTok’ sensation with millions of fans. Her older brother, Beau, died at a tender age.

Signa was earlier in a relationship with social-media star Braydon Wald. They had begun dating in July 2017, when she was 13 and he was 16. However, they ended their relationship in March 2018.

Braydon, too, is from Minnesota. He is quite famous on ‘Instagram’ and owes much of his popularity to his relationship with Signa. He was a cross-country runner earlier, while he studied at the ‘Rogers High School.’ He was also actively involved in track and field activities. 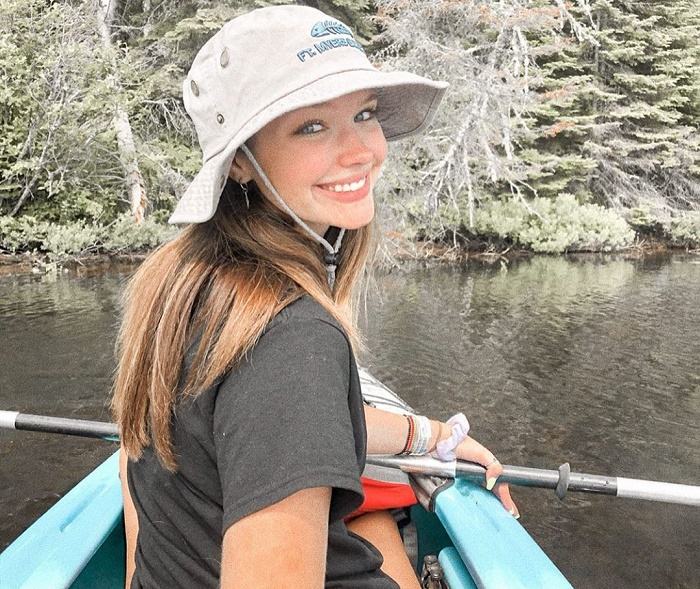 Signa Mae as a Person

After Beau’s death, she grieved for months but eventually came to terms with it. She has now become an inspiration to her fans who go through similar situations in life. She tries to maintain positivity no matter what happens. However, at the same time, she does not wish to lie to anyone and admits that she is a human being and may have go through emotional states.

Her parents divorced when she was just 3 years old. Being a child who did not understand much about the situation, she did not have much of a problem dealing with it. Though she lives with her mother now, she also keeps in touch with her father and her stepmother.

She has problems with getting dressed in the morning. She is also a procrastinator. She is fond of singing and playing the piano. She has a cat named Franklin, who has a separate ‘Instagram’ page.

Signa Mae is a huge fan of actor Emma Watson. Signa’s shoe size is 7.5. She has a slim frame and a size-3 bikini body. Her green eyes and full lips add to her appeal. She has dark brown hair but often dyes it blonde. Another signature feature of hers is her prominent jawline.