Katie Goodland is a British fitness expert who is better recognized as the wife of professional footballer Harry Kane, who plays as a striker for Premier League club Tottenham Hotspur and is the captain of the England national team. The couple who attended the same school, dated for nearly a decade before getting married. They have two daughters and a son together. Katie, who was initially a bit overwhelmed after her husband earned international fame as a sportsman, can now often be seen supporting him from the stands or back from home during his matches. 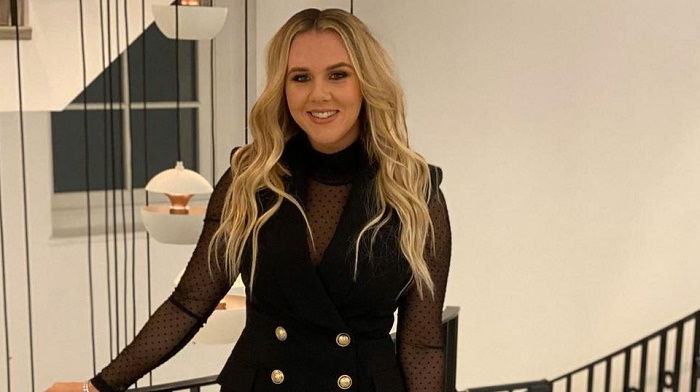 She and Her Husband Were Childhood Sweethearts

Katie Goodland met her future husband Harry Kane as a child back when the two were studying at Chingford Foundation School in the London Borough of Waltham Forest, which English football legend David Beckham also attended. In fact, a picture of the two tweens from 2005, flanking Beckham, went viral on the internet after the two married over a decade later. However, while they knew each other, they did not actually start dating until 2011. Kane’s first Instagram post from August 2013 featured Katie and he continued to share pictures together with her from vacations and various events. He first told the media about Katie in an interview in 2015 in which he stated, “We went to school together, so she’s seen my whole career. Of course, she’s finding it a little crazy. I think she’s even been in the papers a couple of times taking the dogs out.” By the time, they were living together and he mentioned that they were looking forward to start a family.

The Best Friends Married in 2019

Harry Kane announced through his Twitter account on July 1, 2017 that he and his longtime girlfriend Katie Goodland had got engaged. He popped the question while they were vacationing in the Bahamas. On Instagram, he shared a picture of him, on his knees, proposing to her, and captioned it, “She said YES!” Katie also shared a couple pictures the same day on her own Instagram to announce the same. Nearly two years later, on June 21, 2019, Kane shared a picture of him planting a kiss on Katie’s forehead, both in their wedding dresses, and exclaimed, “Finally got to marry my Best Friend! I love you”. Katie shared the news on her Instagram the next day with a black-and-white picture of them from their wedding event with the caption “Mr & Mrs Kane”. Later on July 19, 2019, both of them celebrated one month anniversary of their wedding by sharing wedding pictures on Instagram. Katie also penned an emotional note on her post declaring that she married her “soul mate” a month ago and thanked her family and friends for the “magical” weekend.

By the time Katie and Harry Kane got engaged, they had already welcomed their first child, a daughter named Ivy Jane Kane. Kane had told his fans in July 2016 that he and his partner were expecting their first child. The news of the birth was announced by the couple on January 8, 2017 and they shared a glimpse of the baby on January 27th with a loved-up picture of them kissing her. In January 2018, Kane revealed that they were expecting another child by tweeting “Our beautiful Ivy is going to be a big sister! Exciting times ahead!” On August 8, 2018, Kane again took to social media to announce the arrival of their second daughter, Vivienne Jane Kane, with a picture of the baby. On August 16, Katie shared the same picture to reveal that “My little Vivi is 10 days old already”. On December 29, 2020, the couple welcomed their third child and first son, Louis Harry Kane.

She Defended Opting for Hypnobirthing

Katie Goodland, who opted for hypnobirthing for all her three children, often mentioned her experience while announcing the arrival of her children to encourage others to do the same. Following the birth of Ivy, she revealed that as a “first time mum”, she was “very scared about labour and was recommended to try hypnobirthing”. She further revealed that she and her husband completed the course throughout her pregnancy, which helped her be “calm, relaxed, confident and in control of my body” during delivery. She ended the post saying, “I would highly recommend hypnobirthing to any mummy’s to be!” However, after the birth of Vivienne, when Harry Kane congratulated Katie “for having the most amazing water birth with no pain relief at all”, it spawned some negative articles on the internet, prompting her to pen a two-part explanation on her Instagram to “clear a few things up about hypnobirthing”. She blamed the media and other women for portraying “labour as a scary and painful experience”, which made her look for alternatives in the first place. Revealing that she “didn’t get hypnotised” for the process, she mentioned that hypnobirthing “includes breathing techniques and visualisations” to teach women to be in control of their bodies. She mentioned that she was “embarrassed to say I had a positive experience with no pain relief” after the birth of Ivy, but after Vivienne was born, she was determined to “spread the word about hypnobirthing and how amazing it is!” 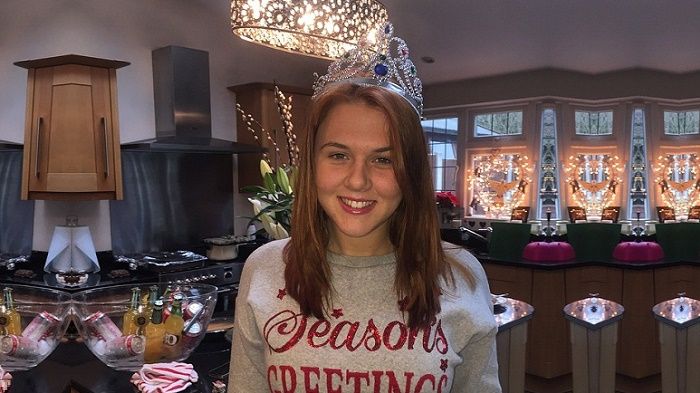 She Is a Fitness Instructor

Katie Goodland was born on January 21, 1993 in England, United Kingdom. She attended Chingford Foundation School and later graduated with a degree in sports science. After completing her education, she decided to pursue a career in fitness and began working as an instructor at a gym in Walthamstow. She often shares pictures and videos of her workout with her 222k followers on Instagram. Recently, she posted a video to show her rigorous exercise routine to get in shape months after the birth of her third child. Katie played football as a child, often plays golf with her husband in their spare time, and also participated in the Kaneland Games 2019, several pictures of which both the couple shared on their Instagram.