Eleanor Calder is a British fashion blogger, model and stylist who is best recognized as the longtime girlfriend of English singer-songwriter Louis Tomlinson, a member of the English-Irish pop boy band ‘One Direction’, a.k.a. 1D. She ran a fashion blog with her friend Max Hurd and has worked as an assistant stylist. She has also worked as a model and often shares fashionable pictures of herself with her millions of followers on Instagram. Despite all her personal achievements, she mostly makes news headlines due to her high profile relationship, which had its share of ups-and-downs and controversies. Her fan base is known as ‘Calderic’. 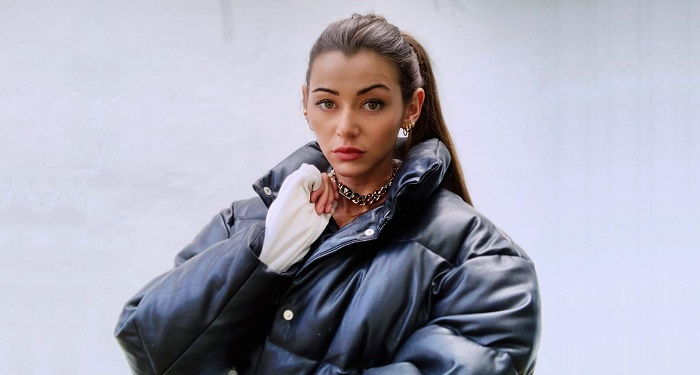 She has a university degree

Eleanor Calder, who was born on July 16, 1992 in London, England, attended St. Marylebone School in London before relocating to pursue higher education at the University of Manchester. She studied political science and sociology, and completed her graduation with honors in June 2014. She is the only child of her parents, Murray Calder and Kim Hickman, who are divorced. Her father is a taxi driver.

Eleanor Calder instantaneously rose to fame after the news of her relationship with Louis Tomlinson became public in late 2011. At the time, she was in the first year of her course in university, and was not active on social media. Louis helped her set up her own Instagram account, @eleanorj92, which she using regularly starting in 2012. She joined Twitter the same year as well.

She is a model and assistant stylist

While still studying, Eleanor Calder took a side job as a floor model for the lifestyle brand Hollister Co. She attended London Fashion Week in 2013 and 2015, and modeled for the TommyxGigi SS17 campaign in 2016. She signed to the modeling agency Elite London, based in England, in 2017. In late 2018, she was credited as one of two assistants of Rami Malek’s stylist for his interview with the guardian.

Forever bombarding @esearle_9 with video updates on my life…👋

Eleanor Calder first met her best friend Max Hurd by chance while both of them were studying in university. They had a similar fashion sense and she began taking pictures with Max because she was uncomfortable being in front of the camera alone. The ‘fashion blogger duo’, as they called themselves, started the fashion blog ‘The Trend Pear’ in 2015. The site helped them get noticed and took them to events like ‘New York Fashion Week’, ‘Elle Style Awards’ and SxSW. They later established their own company called CalderHurd Limited. They were interviewed by ‘Teen Vogue’ in March 2016, but the blog was discontinued in 2017. 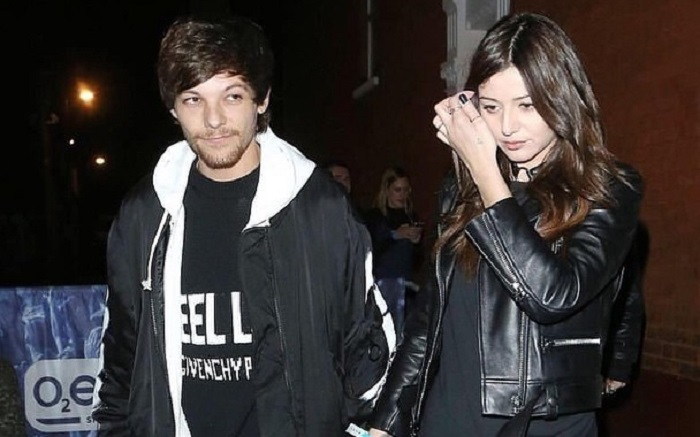 She met Louis through a friend of Harry Styles

Eleanor Calder has known Harry Styles, another member of the band One Direction, since their early teenage years. They also have a common friend named Alana B. who, along with Harry, had a hand in introducing Eleanor to Louis Tomlinson in early 2011. They socialized for months before they started dating and made their first public appearance together at his band-mate Niall Horan’s birthday in September that year. Their fans began referring to the couple as Eleounor after they made the relationship official in November 2011.

Prior to dating Eleanor, Louis Tomlinson was in a relationship with a teaching assistant named Hannah Walker. They were childhood sweethearts from Doncaster and were dating at the time he rose to fame in 2010 on the sets of the reality competition show ‘The X Factor’. Several of his fans thought that he dumped Hannah for Eleanor, while the former couple was already separated by the time he met the latter. Nevertheless, his fans repeatedly appealed to him to return to his ex and also issued hateful comments, even death threats, to Eleanor, for which Hannah even apologized to her via Liam Payne’s girlfriend Danielle. Furthermore, Eleanor Calder received hatred from the online troll group ‘Larry shippers’ which maintains that Louis and Harry are secretly in a relationship. 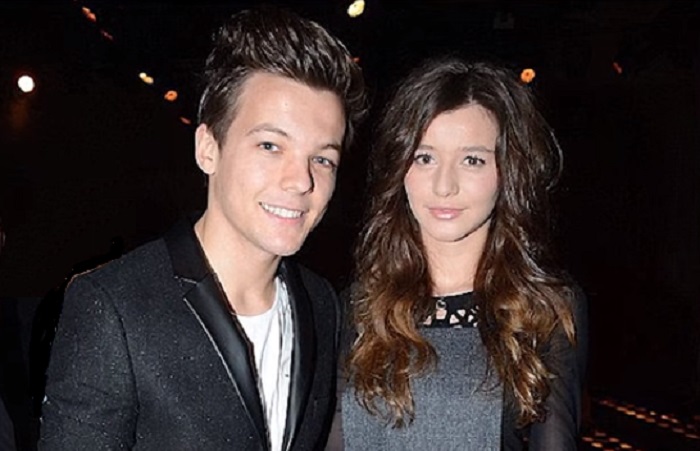 Despite the fact that Louis stood by her side while she was subjected to online trolling and that she had grown close to his mother and younger sister, the couple eventually hit a rough patch in early 2015. They separated on March 7, 2015, which was confirmed by Louis’ representative to ‘People’ magazine two weeks later. Apparently, they “grew apart” as she was studying in Manchester while he stayed “away for nine months a year” due to his band’s tours. They also unfollowed each other on social media later that year.

Eleanor and Louis got back together

Louis again began following Eleanor Calder on Instagram in January 2017, fuelling reunion rumors. It was a difficult time for the singer as he had recently lost his mother to cancer in December 2016. They got back together in February 2017 and subsequently met fans in Los Angeles. They have been inseparable since rekindling their relationship and even got matching tattoos of their initials. Interestingly, Louis had a brief affair with American stylist Briana Jungwirth during his split from Eleanor, and has a 4-year-old son, Freddie Reign, with her.

Altercation at the airport

A month after their reconciliation, Eleanor Calder and Louis Tomlinson courted controversy following an incident involving three girls and a photographer at Los Angeles International Airport. The couple got into an altercation and a scuffle with the photographer while attempting to block him from taking pictures, which one of the girls began filming on her phone. As Eleanor tried to knock down the phone, the girls cornered her and Louis rushed to pull the women away. After the airport stuff intervened, Louis was charged with a misdemeanor and was kept in LA jail for an hour before being released on bail. Charges against him were later dropped after a video by another photographer surfaced online and provided more details of the incident. 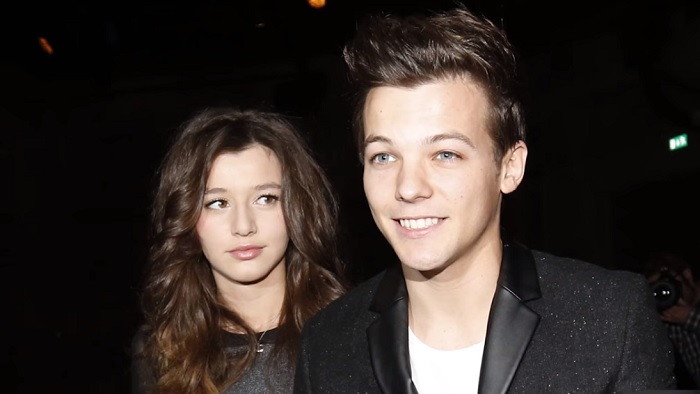 Since Louis Tomlinson began releasing tracks from his debut solo album ‘Walls’, fans have speculated if some of them were about his relationship with Eleanor. He recently clarified in an interview that “A lot of the album’s about her, really”, as he tried to describe events from his personal life in a chronological order. He stated that his song ‘We Made It’ was initially about touring, but it quickly transitioned into a song about the early days of his relationship with Eleanor. He had previously commented that his tracks like ‘Miss You’ and ‘Always You’ were also about her. However, contrary to fan speculations, Tomlinson has revealed that his debut solo single ‘Back To You’ with Bebe Rexha, released months after their reunion in 2017, was not about her and the similarities were purely coincidental.

Eleanor Calder has been a friend of Sophia Smith, who dated 1D member Liam Payne from 2013 to 2015. In March 2016, months after Sophia and Liam parted ways, ‘Now Magazine’ published a tell-all interview with her about their split and his budding affair with pop star Cheryl Cole. However, Sophia and Eleanor subsequently claimed that the interview was fabricated and that the former had only met the journalist as a friend. Eleanor also called the journalist a ‘prick’.

She loves pets and stuffed animals

Eleanor and Louis, who lived together before their brief split, had adopted a Golden Doodle dog named Bruce during Christmas. She currently has two fluffy dogs which she refers to as her ‘teddy bears’. She also had a hamster named Tina. Apart from pets, she loves to collect stuffed animals. Once Louis had spent all day in an arcade trying to win a stuffed lion for her and also shared pictures with it on his social media. Eleanor Calder had bought two stuffed Angry Birds during one of her trips to the United States, but when she could not fit the bigger one in her suitcase, Louis had to ‘take care’ of it. 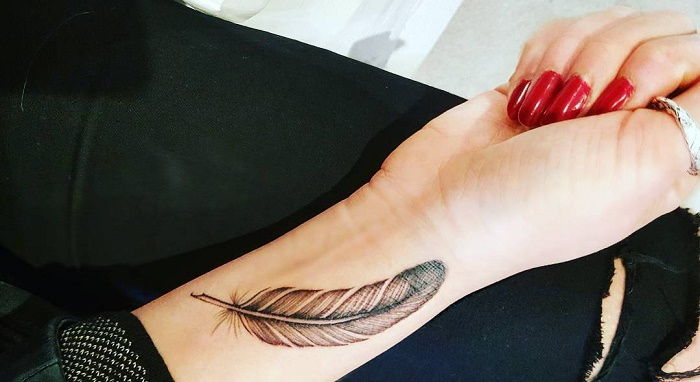 Apart from the matching tattoo of her initial on her knuckle with that of her boyfriend Louis, she has five more known tattoos. These include an elephant (her favorite animal), a cross, an arrow, a feather, and a heart symbol. She also has a birthmark on the inside of her right thigh.