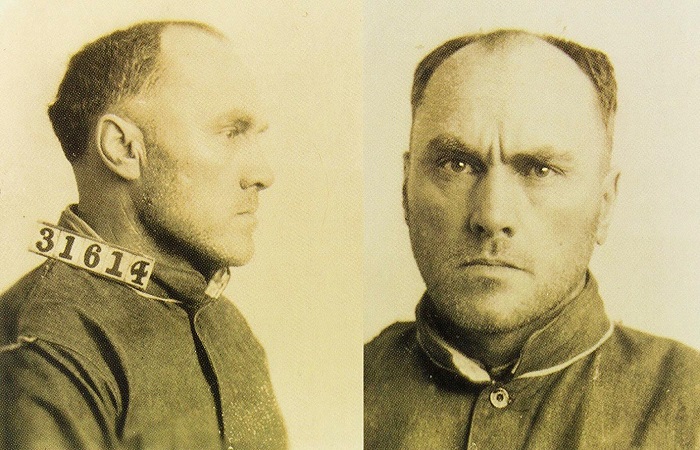 “In my lifetime I have murdered 21 human beings, I have committed thousands of burglaries, robberies, larcenies, arsons and, last but not least, I have committed sodomy on more than 1,000 male human beings. For all these things I am not in the least bit sorry,” wrote the towering 6-foot, grey-evil-eyed man who captained the yacht called Akiska. Aboard were ten sozzled men that had been invited or rather lulled aboard for a crocodile expedition from the nearby New York bars. The man impassively looked on as his crewmen swayed on the boat from left to right, slipping into oblivion with each gulp of alcohol. The 6-foot owner of the boat satisfied his sexual tendencies with some of the men, taking advantage of their state, as most of them sodomized on the yacht weren’t in the position to even count to two. As the boat rippled the waters, the men made merry and the captain, satisfied, made his way to the room below the deck. In the room the captain flicked the light on and opened a drawer by his bedside. Inside was a Colt M1911 .45 caliber handgun. The scheming man’s face emitted no other expression but that of smite. He loaded his gun and trodded up the stairs and on to the deck. Within seconds the deck was splattered with blood, and once again he was all alone, after ensuring that the crocodiles had their fill. That man was Carl Panzram.

Known famously as history’s most sadistic killer, Carl Panzram spent most of his life behind bars because of his criminal nature. Like many other serial killers in the past, Panzram too did not have a stable upbringing. Born to John and Matilda Panzram, Carl was raised on a farm along with five of his other brothers and sisters. When he was 8 and already drowning in poverty, his father abandoned them, a move that left a life-long scar on Carl. His first acquaintance with crime was when he was just 12-years-old. Panzram broke into his neighbor’s house and burgled what he could find, including sweets and cakes to satiate his famished self, and a revolver. As a result of his string of burglaries, those caring for him decided to send him to Minnesota State Training School. The school was called a “paint house” by the students, as students there were considered canvases to the red streaks that were formed after the lashes and the cruel treatment meted out to the students by the authorities. It was here that the roots of hatred towards humanity grew inside Panzram and as the school tried to convert him to Christianity, the more he resented the religion and human beings in general.

By the age of 14, Carl had been expelled from his school for being an alcoholic and a trouble maker and soon left home and ventured out on his own. He burgled for a living and used the train cars as his means of transport. In one such journey when he was just 15, he was gang raped by a bunch of hobos. On one of his drunken endeavors, Panzram got himself enlisted in the United States Army but was soon charged for larceny for which he served a two year term between 1908 and 1910 at Fort Leavenworth’s United States Disciplinary Barracks. He confessed in his autobiography that the term at Fort Leavenworth’s had crushed all the good in him with their tortures and solidary confinements. He then went on for many years to rob men and then sodomize them. His physical stature made it easier to torment smaller people and he often sodomized his victims not just because he was gay but because he wanted to strip the dignity of those he robbed.

On June 1, 1915, Panzram was sentenced to seven years imprisonment in Oregon State Penitentiary in Salem for burgling a house in Astoria, Oregon and attempting to sell the items. He vowed to the authorities that he would not remain in prison and along with his cell mate Otto Hooker he escaped. While escaping, Hooker killed their warden Harry Minto, who had subjected them to brutal tortures and beatings along with months of solitary confinement.

Following a shootout, Panzram was captured but three years later sawed through the prison bars to freedom, where he shaved his moustache, caught a train, avoided capture and headed east. After killing the 10 men on his yacht, Carl fled to Africa and landed in Luanda, Portuguese Angola. There he confessed to killing an 11-year-old boy, first raping him then smashing his head with a rock before shooting him to death. In his confession he wrote, “His brains were coming out of his ears when I left him and he will never be any deader.”

In 1928, he was sentenced to 25-years in prison and was transferred to Leavenworth Federal Penitentiary for confessing to killing two young boys after raping them. It was here that he befriended Henry Lesser, a prison guard, who according to Panzram was the first person to ever treat him with kindness. The guard gave him writing material and it was here that he penned his confessions and autobiography. While he was at prison, Carl warned the warden that he would kill the first person that bothered him. He was given a solitary job at the laundry place and this is where he made his last kill, that of Robert Warnke, the foreman of the prison laundry. Carl smashed his head with an iron bar and for which he was sentenced to the gallows. Despite measures taken by human rights activist to avert the sentence, Carl refused to appeal against the sentence and lashed out death threats if they attempted to stop his hanging. 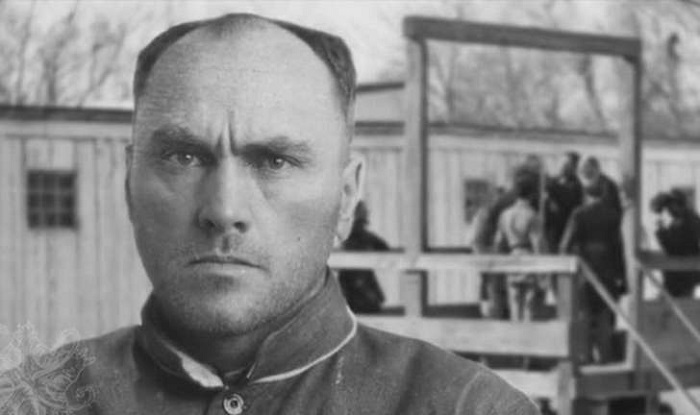 On September 5th, 1930, Panzram was led to the gallows to be hanged. As the noose was tied around his neck he spat at one of the guards, saying, “I wish the entire human race had one neck and I had my hands around it.” He was then asked if he had any last words and what he chose to say made him go down into history. Carl exclaimed, “Hurry it up, you Hoosier bastard! I could kill 10 men while you’re fooling around!”

After his death, his friend Henry Lesser, who possessed his autobiography made several attempts for it to be printed but it wasn’t so until four decades later. In 1970, it was published under the title “Killer: A Journal of Murder” and was immortalized on the silver screen under the same name starring James Woods as Panzram and Robert Sean Leonard as Lesser. The works of Panzram did make criminologists understand the minds of serial killers in depth but the factor that we should not undermine is that he wasn’t born a monster; men created it through their actions. Panzram was abused to the point of hate, and he spread hate as vengeance.