Canadian murderer Luka Magnotta stunned the world when he posted a video showing the gruesome murder and dismemberment of a Chinese student named Jun Lin in May 2012. The video, titled ‘1 Lunatic 1 Ice Pick,’ was initially dismissed as fake. However, after Lin’s severed body parts were sent to multiple Canadian political-party offices and schools, the police eventually linked it to the video and to Lin, who had been missing. Magnotta was already being chased by the police for animal cruelty. Though he fled the country, he was arrested in a Berlin cyber café in June 2012. Though his lawyer tried defending him by citing schizophrenia, Magnotta was convicted of first-degree murder and several other crimes, and is now serving life imprisonment at a Quebec prison. 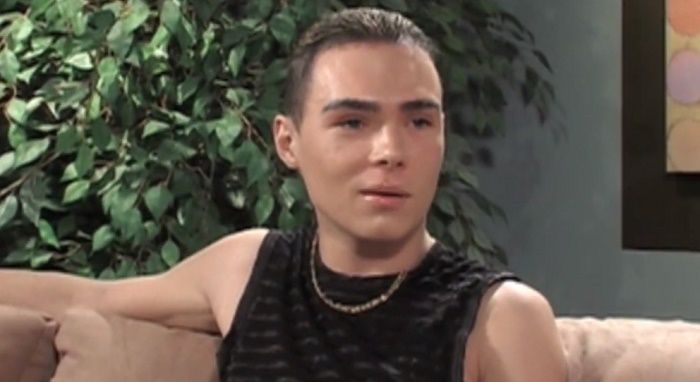 Luka Magnotta was born Eric Clinton Kirk Newman, on July 24, 1982, in Scarborough, Ontario, Canada, to Donald Newman and Anna Yourkin. Magnotta was the eldest of their three children.

According to Magnotta, his mother would often lock him and his siblings out of the house. She also once put their pet rabbits out in the cold so that they would freeze to death.

In 1994, Magnota’s father was diagnosed with schizophrenia. Following this, he divorced Magnotta’s mother. Magnotta then began staying with his grandmother, Phyllis.

Magnotta studied at the ‘I. E. Weldon Secondary School’ in Lindsay. In 2003, he started acting in pornographic videos and began working as an escort. He modeled for a 2005 issue of ‘fab,’ a Toronto-based magazine, under the pseudonym “Jimmy.”

In 2007, he competed in the ‘OUTtv’ reality series ‘COVERguy.’ He underwent many cosmetic surgeries. In February 2008, he auditioned for the ‘Slice’ TV show ‘Plastic Makes Perfect.’

In 2005, Magnotta was convicted of impersonation and three counts of fraud (one each against ‘The Brick,’ ‘Sears Canada,’ and ‘2001 Audio Video’). He had apparently impersonated a woman to apply for a credit card and had bought gold worth over $10,000. He pleaded guilty, following which he got a 9-month conditional sentence, with a 12-month probation. 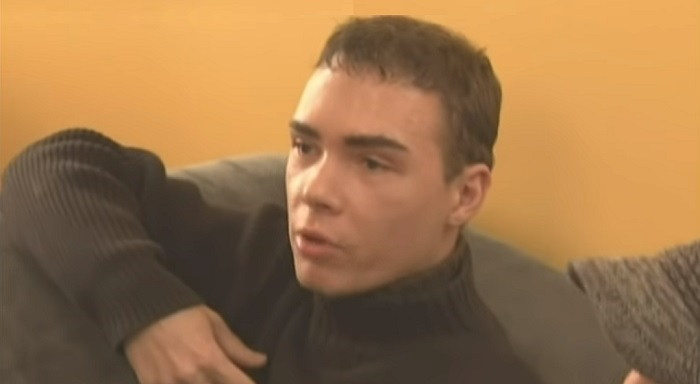 Magnotta created multiple profiles on several social-media platforms and forums. In 2007, a rumor claimed Magnotta had been dating Karla Homolka, an infamous Canadian murderer. However, this was not proved.

It was later revealed that Magnotta had created at least 70 ‘Facebook’ pages and 20 websites using various fake names.

The Murder of Jun Lin

In 2010, a video of Luka Magnotta suffocating kittens in a plastic bag became viral. When detectives barged into his Toronto flat, they found it empty. The following year, a video of Magnotta feeding kittens to a python emerged. 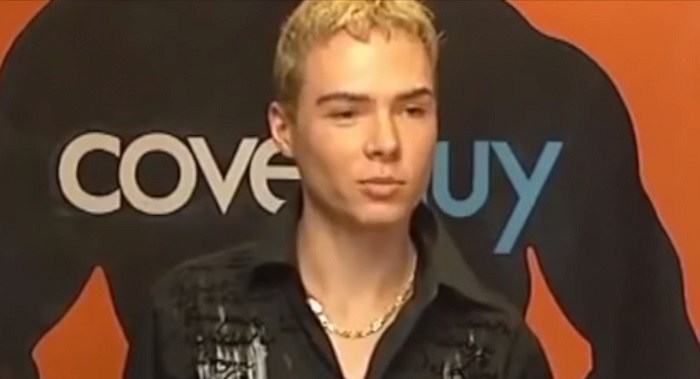 Jun Lin, also known as Justin Lin, was a computer engineering student Magnotta had met on ‘Craigslist’ in 2012. Lin was from Wuhan, Hubei, China, and was studying at ‘Concordia University,’ while working as a part-time store clerk in Pointe-Saint-Charles. Lin was in Montreal since July 2011 and had shifted to a Griffintown apartment with a roommate since May 1, 2012.

Lin was apparently last seen on May 24, 2012. Lin’s boss suspected something was amiss when Lin did not report to work the next day. On May 27, three of Lin’s friends went to his apartment but did not find him there. On May 29, Lin was reported missing.

On May 25, 2012, an 11-minute clip titled ‘1 Lunatic 1 Ice Pick’ was posted on ‘Bestgore.com.’ It showed a naked man tied to a bed and being stabbed with an ice pick and a kitchen knife. It then showed the man being dismembered and being used for sexual acts characteristic of necrophilia. 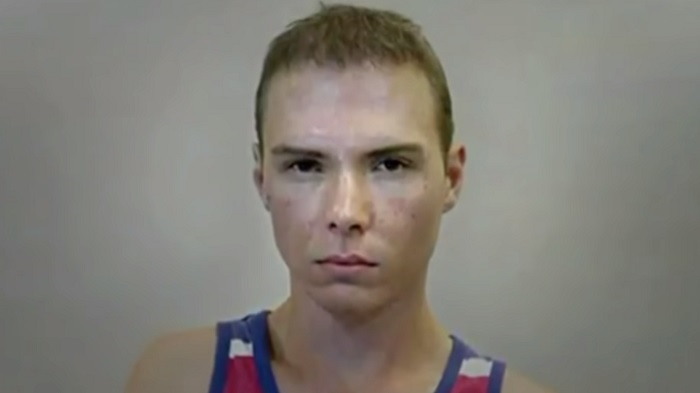 His flesh was then cut off with a knife, while a dog was made to chew on the body. Canadian police later got hold of a more graphic version of the video showing cannibalism.

On May 26, a Montana attorney tried to report the video to the police but was dismissed, as the authenticity of the video could not be proved.

On May 29, a package containing the left foot of a man was delivered to the national head office of the ‘Conservative Party of Canada.’ The package had blood stains on it, with a foul smell emanating from it. It was also marked with a red heart sign.

Another package with the left hand of a man was seized in a ‘Canada Post’ processing center. It was addressed to the ‘Liberal Party.’ A janitor later found a human torso packed in a suitcase, left amidst a pile of garbage behind a building in Snowdon, Montreal.

The police later found human remains, blood-stained clothes, ID proof of the suspect, and various suspicious objects from same spot. CCTV footage showed a man bringing garbage bags outside. The images matched with those of the man who appeared in the footage retrieved at the post office.

Luka Magnotta’s apartment was broken into by the police. They found it bloody and almost empty. On May 30, 2012, the police confirmed that the body parts belonged to the same man. However, Magnotta had fled the country by then.

On June 5, a package containing a human right foot was received at ‘St. George’s School.’ Another package with a right hand was delivered to ‘False Creek Elementary School,’ Vancouver, British Columbia.

On June 13, DNA from the body parts matched Lin’s DNA samples. On July 1, Lin’s head was found near a lake in ‘Angrignon Park.’ 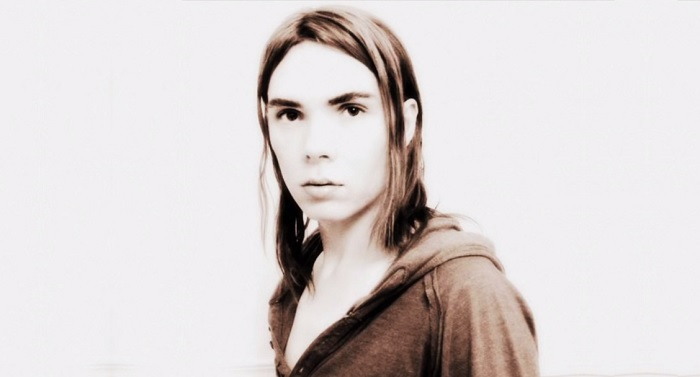 Lin was cremated on July 11, and on July 26, his ashes were buried at ‘Notre Dame des Neiges Cemetery’ in Montreal.

The Manhunt and the Conviction

Luka Magnotta was chased down after an ‘Interpol Red Notice’ was issued against him. On June 4, 2012, he was caught in a Berlin internet café, while he was reading his own reports. Soon, he was extradited back to Canada.

He pleaded not guilty to all charges. In December 2014, he was convicted of first-degree murder and received life imprisonment with no parole for 25 years. He got another 19 years in prison for four other crimes.

Though Magnotta did not deny killing Lin, throughout his trial, he continued to maintain that he had committed the crime at the orders of a person named Manny Lopez.

Magnotta’s mother later said that Magnotta had mentioned Manny years before Lin’s murder. However, in the absence of any concrete evidence that could claim Manny’s existence, investigators dismissed it as just a lie.

Apparently, Magnotta had killed Lin in a manner reminiscent of the way Sharon Stone’s character in the 1992 movie ‘Basic Instinct,’ ‘Catherine Tramell,’ had killed a man in the opening scene. Uncannily, ‘Tramell’s ex-lover in the movie was named “Manny.”

Magnotta’s lawyer, Luc Leclair, had tried to defend him, saying he was schizophrenic. However, Crown attorney Louis Bouthillier proved that Magnotta had pre-meditated the crime. 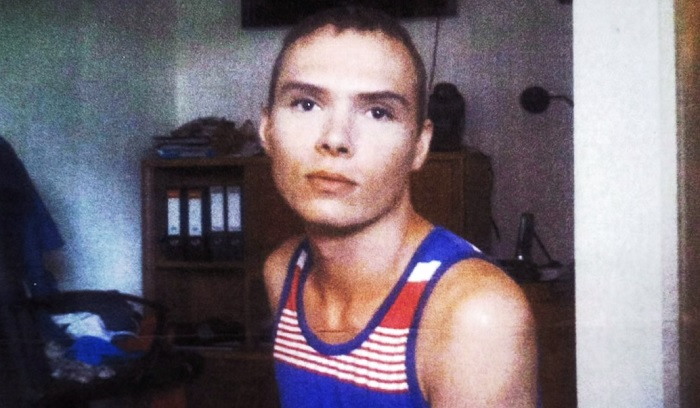 On June 26, 2017, Magnotta got married to fellow inmate Anthony Jolin, with Magnotta’s mother as his witness. Magnotta is thought to be bisexual.

His mother, along with Brian Whitney, released the book titled ‘My Son, The Killer: The Untold Story of Luka Magnotta and “1 Lunatic 1 Ice Pick,”’ detailing Magnotta’s story, on November 6, 2018.

Where is Luka Magnotta now?.

Magnotta is currently serving his sentence at the ‘Port-Cartier Prison’ in Quebec.