David Banda is the adopted son of singer-actor Madonna Louise Ciccone and her former husband, Guy Ritchie. Born in Malawi, David lost his mother soon after his birth, and was sent to an orphanage by his father. Madonna decided to adopt the baby through her ‘Raising Malawi’ program. The adoption posed several difficulties, but she finally succeeded in adopting him. David has grown into an athletic teenager and a talented football player. He is also good at singing and keyboard playing. Apparently, he accompanied Madonna on her ‘2015 Rebel Heart Tour.’ 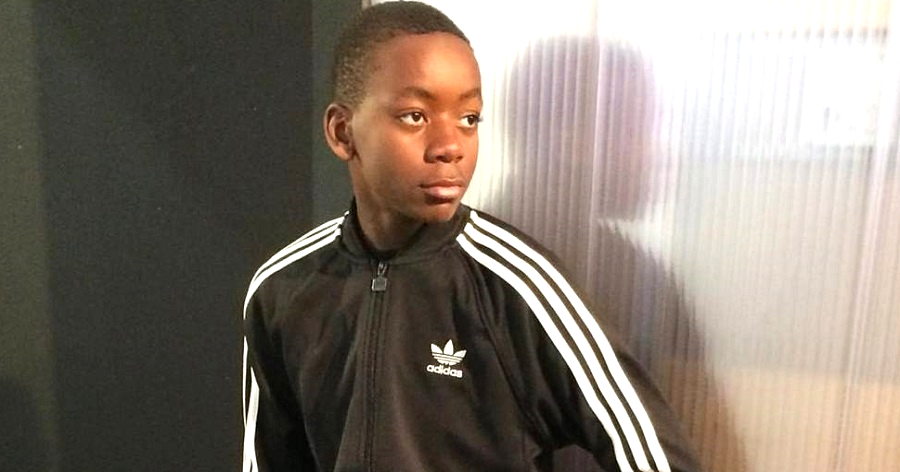 David was born on September 24, 2005, in Lipunga, Malawi, to Marita and Yohane Banda, a poor farmer couple. Soon after his birth, his mother died. Unable to take care of the new-born, Yohane sent the child to an orphanage, ‘Home of Hope Orphan Care Center,’ Mchinji district, Malawi. At the age of 13 months, the child had health issues. Initially, he had malaria and tuberculosis, followed by pneumonia.

Madonna, who had co-founded the ‘Raising Malawi’ organization, was in Malawi for this charity program. When she saw David in Mchinji orphanage, she decided to adopt him. On October 10, 2006, she registered with the Malawi government for the adoption of the baby. 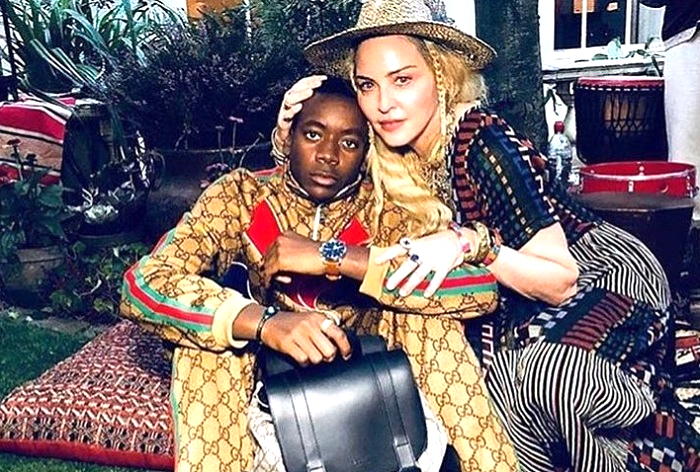 When she took the baby boy along with her on October 16, 2006, it became a matter of controversy. Some of the human rights groups said that Madonna managed to adopt the baby as she was a celebrity.

Madonna’s private jet was stalled on the runway of Malawi’s Lilongwe airport when she was about to fly out with the adopted baby. The Malawian law required the prospective parents to be residents of the country for a minimum of 18 months before adoption. Madonna was accused of using her celebrity status to hasten the adoption process. Some newspapers even accused her of ‘kidnapping’ baby David from the orphanage. 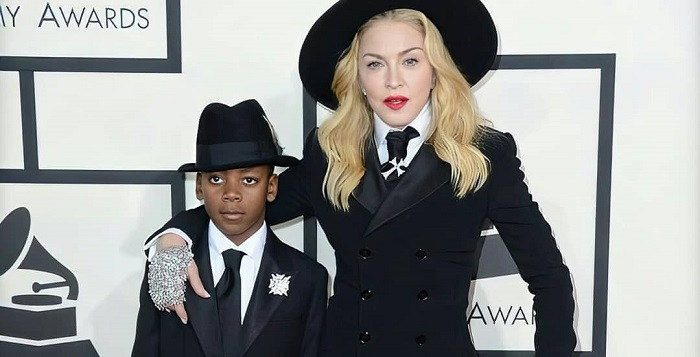 Another objection to the adoption was that David wasn’t an orphan, his father Yohane was alive. Around that time, Yohane gave many contradictory interviews. Apparently, he didn’t have a clear idea of adoption, and was under impression that he would remain the father of the boy. He thought that he was handing over the baby to the lady only for the boy’s better education and future.

Also, Madonna’s impending divorce from her then-husband Guy Ritchie, and her fight for the custody of her biological son created doubts in the minds of Yohane Banda and Malawian authorities. Doubts were raised whether she was even ‘capable of raising a child.’ 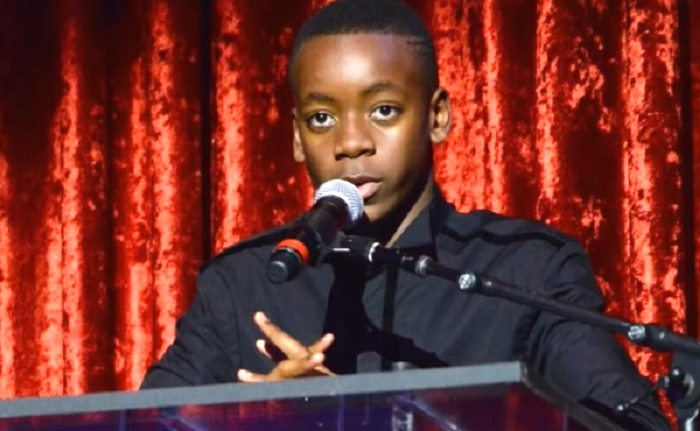 However, Madonna won her case in the Malawian Supreme Court, and David Banda officially became her son. She named him David Banda Mwale Ciccone Ritchie, thus including the name of his birthplace, and the last names of herself, his biological father and adopted father, Ritchie.

In Madonna’s Marylebone townhouse, David got a room of his own with expensive toys and all possible luxuries. He has two older siblings, a sister, Lourdes Leon, from Madonna’s earlier relationship with actor Carlos Leon, and a brother, Rocco Richie, son of Madonna and her then-husband Guy Ritchie. 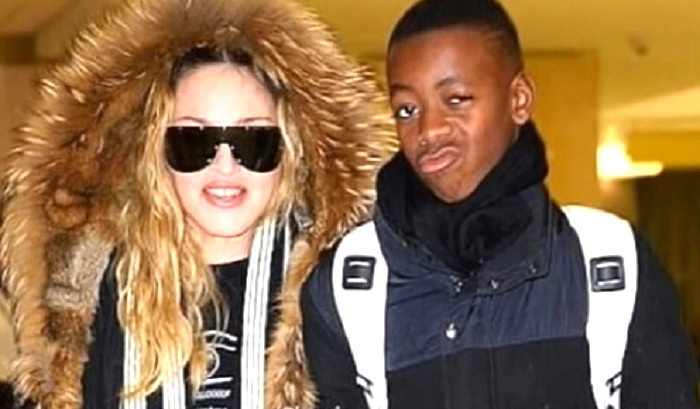 After the decision of divorce was finalized (2008), Madonna moved to New York, taking David along and was seen accompanied by David at various places and games. 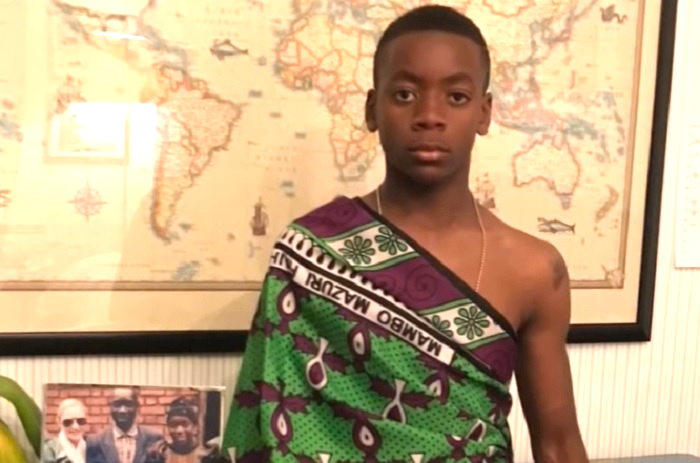 Life during Growing-up Years & as a Teenager

As David grew up, Madonna often posted their pictures and videos on her social media accounts. He was often seen singing along with her. David has posted many videos of him singing and playing around with his siblings. He is good at singing and playing keyboard. He sang Elvis Presley’s ‘Can’t Help Falling in Love…’ in a collaboration video with Madonna.

David Banda has also appeared with Madonna on red carpet, with both of them wearing matching black suits. 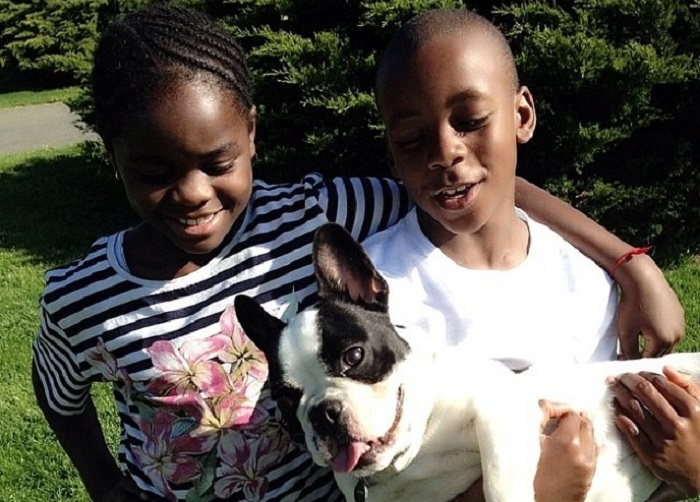 David is a very good football player. In 2017, Madonna moved to Lisbon when David joined the Portuguese football club, ‘Benfica Youth Academy.’ In the spring of 2017, David went through tests and got admission in the club. For the football training, he lived at the club’s youth academy in Seixal, a suburb of Lisbon, while Madonna purchased a villa in Lisbon.

In July 2018, Madonna returned to Malawi with David to visit the same orphanage and the same crib where she had seen him for the first time. They spent some emotional moments there. All her (biological and adopted) children were present during this Malawi visit.