Famous As:- Queen of the 18th Dynasty of Ancient Egypt

Neferneferuaten Nefertiti, one of the most beautiful, powerful and mysterious Empress of Ancient Egypt was the Great Royal Wife of Egyptian pharaoh Akhenaten. She and her husband are noted for their religious reorientation after the latter established worship of one god, the disk of the sun, or Aten. According to some scholars she ruled the New Kingdom for a while as Pharaoh Neferneferuaten. She generated worldwide interest and became famous as an icon of feminine beauty after her painted stucco-coated limestone bust was rediscovered in 1912. 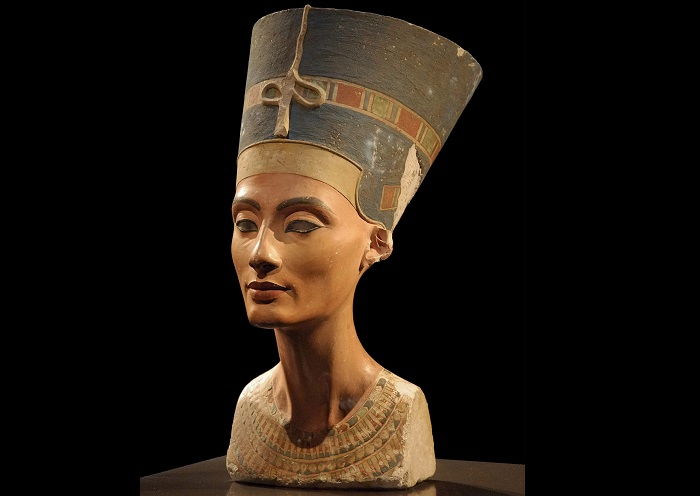 Nefertiti’s parentage has not yet been established with certainty. A common theory cites her as daughter of an influential and high-ranking official of the Egyptian Empire called Ay, who later held throne as penultimate pharaoh of Ancient Egypt’s 18th dynasty. Inscriptions from Amarna period mentions Ay’s known wife Tey as “nurse of the Great Royal Wife” indicating she probably remained Nefertiti’s wet-nurse after her mother’s death. The Tombs of the Nobles at Amarna also depict Ay’s daughter Mutbenret as Nefertiti’s sister.

2. Presumed Foreign Origin of Nefertiti as Princess Tadukhipa of Mitanni

She was also identified by some scholars like Petrie, Vandier and Drioton as princess Tadukhipa, daughter of king of Mitanni, Tushratta. However, such theory suggesting foreign origin of Nefertiti and that Tadukhipa, who married Akhenaten’s father, Pharaoh Amenhotep III, changed her name to marry Akhenaten is not substantiated by any evidential proof.

Nefertiti became the Great Royal Wife of the king after she married Akhenaten then known as Amenhotep IV. Although the date of such marriage is not known for certain, it is considered that the marriage took place during early reign of Akhenaten. Six known daughters of the couple as identified from inscriptions were Meritaten, Meketaten, Ankhesenpaaten, Neferneferuaten Tasherit, Neferneferure and Setepenre. 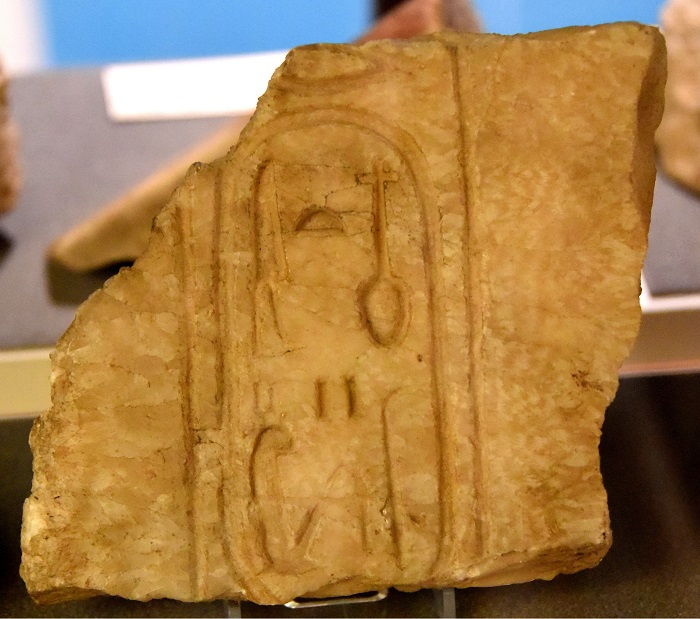 Depictions from the Tombs of the Nobles including that of Parennefer (TT188) and Ramose (TT55) and from scenes at the palaces suggest Nefertiti enjoyed unprecedented power and distinctive status as queen and played an influential and supporting role in promoting her husband’s views and endeavours. She is represented in different roles in the depictions such as attending ceremonial acts with Akhenaten, driving chariot and smiting enemy, and also in representations that would be exclusive privileges and rights of the king.

5. The Wealthiest Period of Ancient Egypt

Her husband’s rule of 17 years from either 1353 to 1336 BC or from 1351 to 1334 BC is considered plausibly the wealthiest time of Ancient Egyptian history. The period was also marked by a boom of unique style of pictorial arts that were patronized by Akhenaten. These artworks were remarkably different from other Egyptian artworks.

6. Role in Akhenaten’s Religious Re-orientation Referred as Atenism, or the “Amarna heresy”

Akhenaten and Nefertiti have attracted huge interest during modern time for the religious upheaval in Egypt during their reign. This happened when Akhenaten introduced and established worship of one god, Aten, or the sun disc abandoning traditional Egyptian practice of polytheism where multiple deities are worshipped. Akhenaten built many temples dedicated to the Aten including at Karnak and Akhetaten. Among these the Temple of Amenhotep IV at Karnak with its main temple ‘Gempaaten’ had a structure dedicated to Nefertiti called the ‘Hwt Benben’. 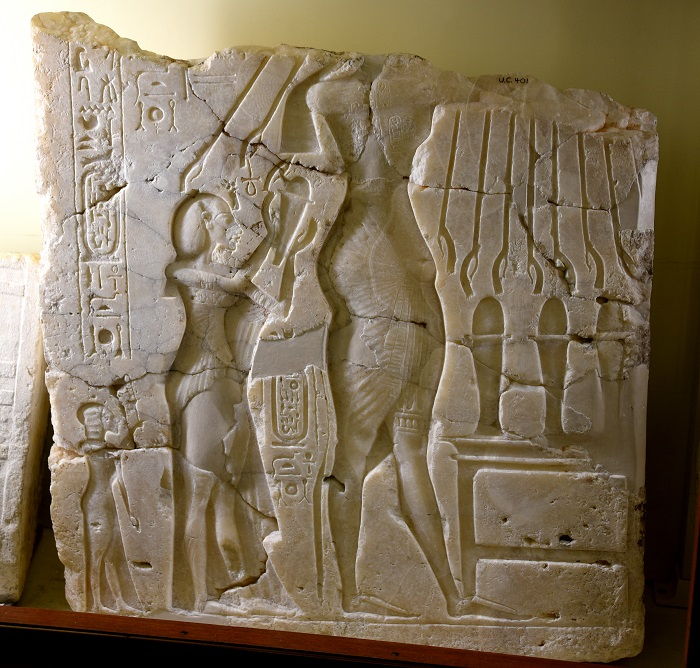 During his fourth year of rule Nefertiti’s husband, who was till such time known as Amenhotep IV, officially embraced the name Akhenaten while the queen came to known as Neferneferuaten-Nefertiti. Such change of name by Akhenaten in honour and recognition of Aten signified augmentation of the Aten cult and Atenism. According to some sources both Akhenaten and Nefertiti played role of priests, through whom the common people had access to Aten.

According to many scholars, Akhentaten made Nefertiti a co-regent prior to his death. Depictions in different archaeological sites represent her in scenes that fit a Pharoah. Archaeological evidences indicate that a woman ruled as pharaoh from ca 1334 to 1332 BCE. As Nefertiti’s name faded out from historical records, the name of co-regent Neferneferuaten appeared. It is presumed by many that Nefertiti ascended the throne as Pharaoh Neferneferuaten succeeding the short-lived pharaoh Smenkhkare in the late 18th dynasty.

9. Fall of Amarna During Neferneferuaten’s Reign

Based on ushabti and other evidences including the ones found in Tutankhamun’s tomb Egyptologist and Archaeologist Dr. Zahi Hawass inferred that Nefertiti’s rule as Neferneferuaten was marked with decline of Amarna and shift of capital from there to Thebes. The theory of Nefertiti ruling Egypt as Pharaoh has also gave rise to presumption that she might have re-instated the Ancient Egyptian religion and the Amun priests. 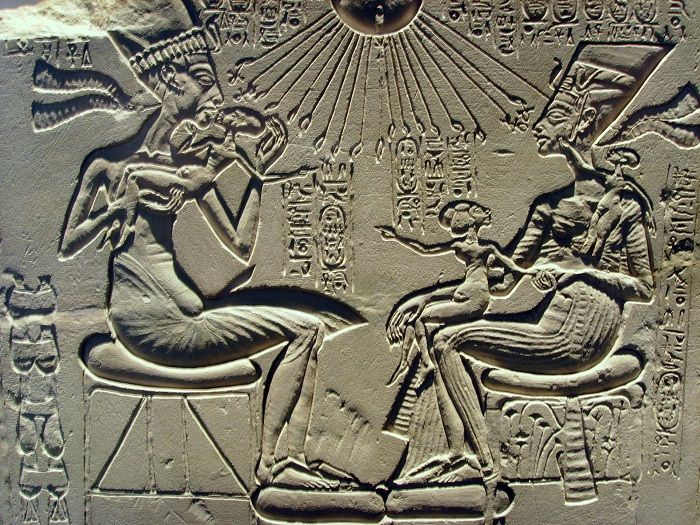 Although both parentage and gender of Akhenaten’s successor Smenkhkare remains uncertain, many theorize that Smenkhkare is the male alter-ego of Nefertiti and that she masqueraded as a male to rule as Pharaoh after her husband’s death. In that case she made her daughter, Meritaten, hold position as Great Royal Wife to Pharaoh Smenkhkare. Another theory suggests that Akhenaten’s secondary wife, Kiya, mothered Smenkhkare.

Old Egyptological theories suggest her disappearance from historical records sometime around 12th year of Akhenaten’s reign. Such disappearance was associated with different reasons including her death from plague. However, some theories suggested that she was alive and was promoted as co-regent and that she exercised influence on younger royals. A Regnal Year 16, month 3 of Akhet, day 15 inscription unearthed in 2012 later evidenced that Nefertiti was not only alive in the 16th year of Akhenaten’s reign but also maintained her position and power till such time.

Several theories of her death and burial do the rounds. The Younger Lady mummy discovered by archeologist Victor Loret in 1898 in Egyptian Valley of the Kings, in tomb KV35 was speculated to be that of Nefertiti. However, DNA analysis later identified it as mummy of Queen Tiye, mother of Pharaoh Tutankhamun. Till present neither Nefertiti’s mummy nor those of her parents or children have been unearthed or identified officially thus furthering mystical aura surrounding disappearance and death of this beautiful queen. 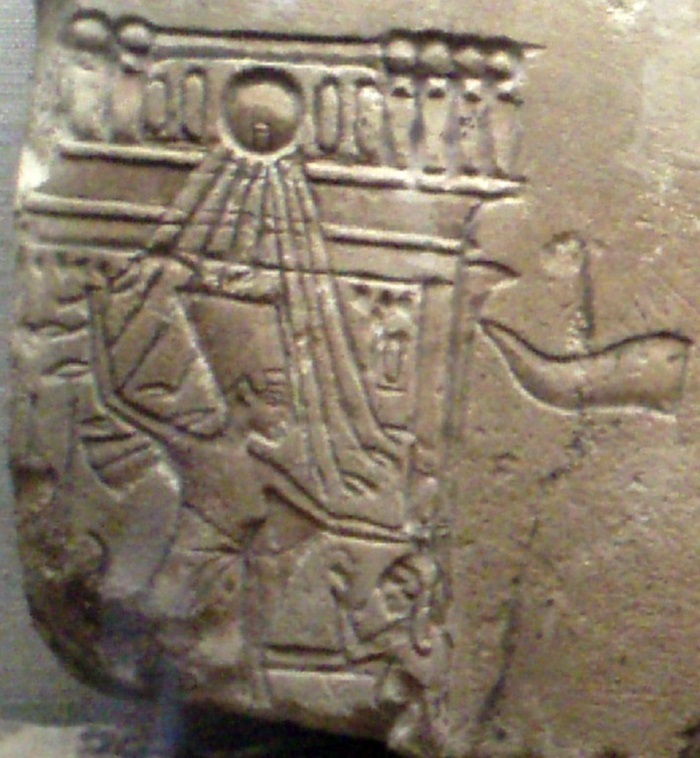 While studying Tutankhamun’s tomb, in August 2015 British archaeologist Nicholas Reeves came out with some findings that can probably unfold mysteries surrounding Nefertiti. He spotted wall markings which might lead to a hidden doorway. Moreover the tomb’s size is smaller than what it should be for an Egyptian King. Such findings suggesting possibility of another chamber led Reeves to propose that the tomb can be that of Nefertiti. If it proves right then it will become a significant archaeological discovery.

The painted stucco-coated limestone bust of Nefertiti has made her an icon of feminine beauty. It was discovered by a team of archaeologists headed by German Egyptologist Ludwig Borchardt from workshop of sculptor Thutmose in Amarna, Egypt on December 6, 1912. Considered to be sculptured by Thutmose in 1345 BC, the bust is noted for its strikingly realistic facial proportions. It has become some sort of a cultural symbol of both Berlin and ancient Egypt and is counted among the most copied works of ancient Egypt. The bust presently displayed at Neues Museum in Berlin draws thousands of visitors annually. 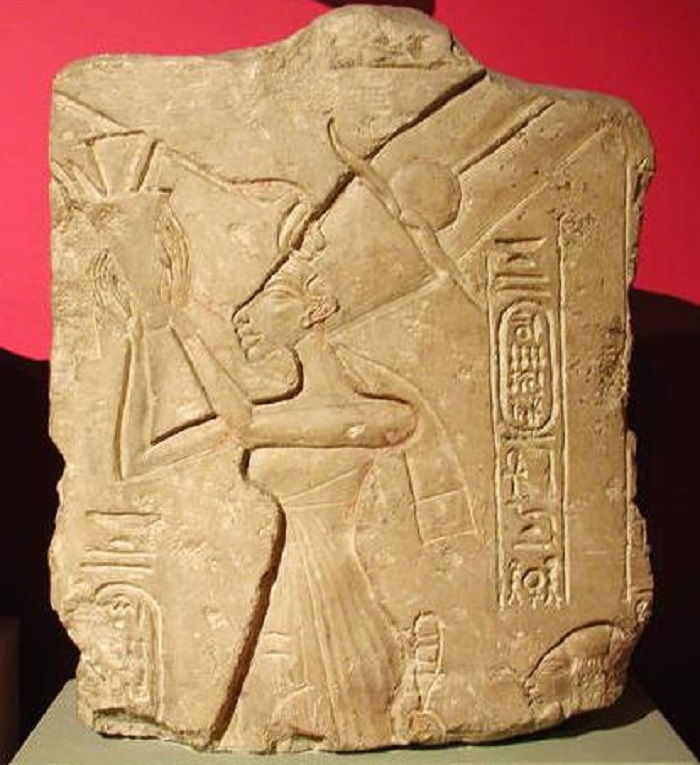 Nefertiti is regarded by many as the second most famed Egyptian Queen after Cleopatra. Her beauty and grace manifested from her bust has made her a revered feminine figure from ancient Egypt. According to sources this classic beauty created her own make-up making use of Galena Plant. She justifies her name Nefertiti which means “the beautiful one has come” and her new name Neferneferuaten-Nefertiti meaning “beautiful are the beauties of Aten, a beautiful woman has come”.

Nefertiti has remained a subject of several works of art. These include literary works like ‘A God Against the Gods’ (1976) and ‘Return to Thebes’ (1977) by American novelist Allen Drury; and ‘Akhenaten, Dweller in Truth’ (1985) by Egyptian writer and Nobel Laureate Naguib Mahfouz. She has also been portrayed in several films like ‘Nefertiti, Queen of the Nile’ (1961) and ‘Nefertiti, figlia del sole’ (1994); and in television series like ‘Prophet Joseph’ (2008).