Greta Thunberg is arguably the most known environmental activist in the world today. She is leading the global debate and shaping the global opinion against climate change. Still a teenager, she has gained international recognition for her advocacy of immediate action to address the climate crisis. Greta has been received numerous accolades for her incredible work, including two consecutive nominations for the Nobel Peace Prize in 2019 and 2020. 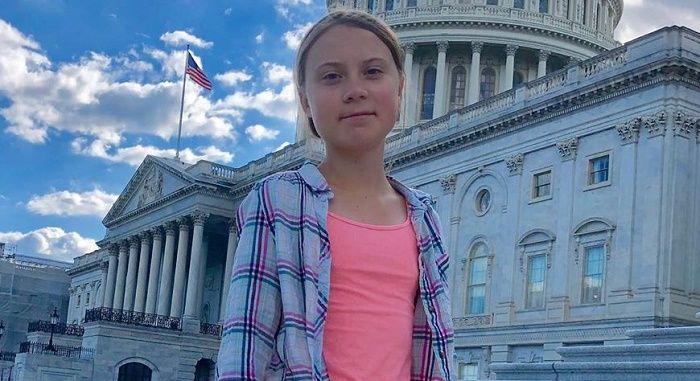 Greta Thunberg was born on 3 January 2003, in Stockholm, Sweden. Her parents are opera singer Malena Ernman and actor Svante Thunberg. Through her mother, she is the granddaughter of renowned actor, director, and voice-over artist Olof Thunberg. She has a younger sister, named Beata Ernman.

According to her father, despite all the work she does an activist, she has been able to continue her education. She completed lower secondary school with 14 As and three Bs. 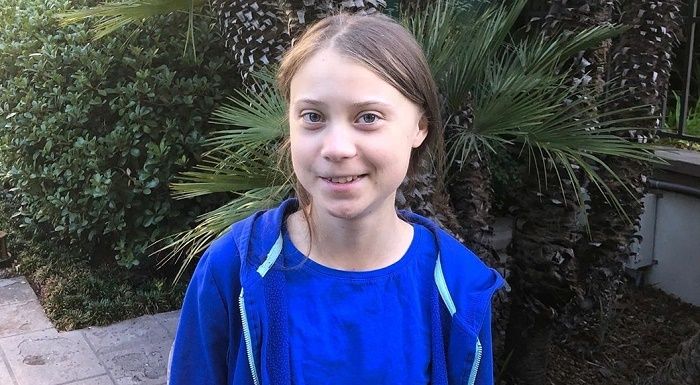 According to Greta Thunberg, she was eight years old when she first learned about climate change, in 2011. The knowledge had a drastic effect on her. She sank into depression. She neither ate or talk much during this period and became dangerously thin within a couple of months. Later, her doctors told her and her parents that she had Asperger syndrome, obsessive-compulsive disorder (OCD), and selective mutism.

After the diagnosis, she struggled with depression for the next three to four years until she started her school strike. She has stated that to deal with her selective mutism, she only speaks when she needs to. Initially, she did not have her parents’ support for her protests, but they later came to terms with it. Although she accepts that the diagnosis “has limited me before”, she has decided to consider her Asperger’s not as an illness, but as her “superpower”. 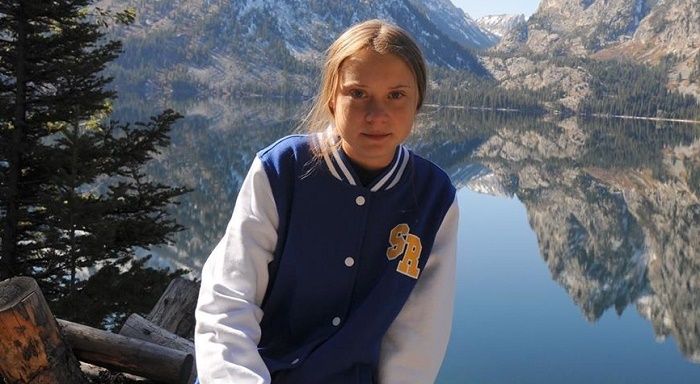 Greta Thunberg began her remarkable journey as an environmental activist right at her home, convincing her parents to cut down the family’s carbon footprint and overall effect on the environment by upcycling and stopping travels via aeroplanes, as well as embracing a vegan lifestyle.

Greta Thunberg indicated that she was influenced by the protests following the school shootings in the United States in February 2018 to start the school climate strikes in Sweden in August 2018. As she was unable to convince other students to join the strike, she began doing it by herself. This was during a period when Sweden was experiencing the hottest summer in at least 262 years. She asked the Swedish government to follow the Paris Agreement and lower carbon emissions. Every day for three weeks, she sat outside the Riksdag during the school hours. She had a sign with her that read “Skolstrejk för klimatet” (school strike for climate). 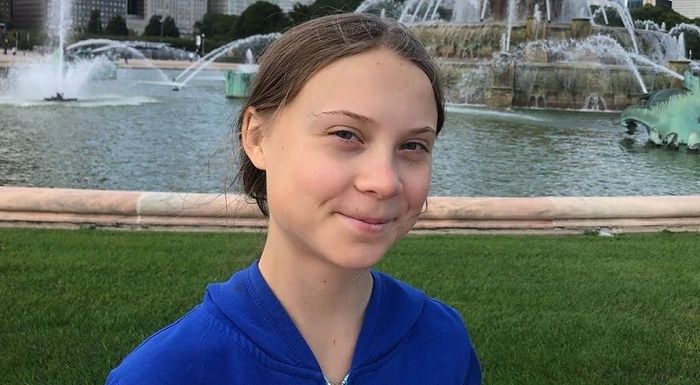 By late October 2018, she was travelling all over Europe to participate in various demonstrations. During the plenary session of the 2018 United Nations Climate Change Conference (COP24), she delivered the most memorable speech of her career as an environmental activist. She also gave speeches at a number of forums and parliaments. At the January 2019 World Economic Forum, she announced that “Our house is on fire”.

Travel to the Americas

In mid-2019, she went on a sabbatical from her school for a year to visit the Americas. She chose to travel across the Atlantic Ocean (from Plymouth, England, to New York, USA) in a 60-foot (18 m) racing yacht Malizia II, fitted with solar panels and underwater turbines. The journey took 15 days, from 14 to 28 August 2019. Although she was initially supposed to give testimony in the US House Select Committee on the Climate Crisis on 18 September, she delivered an eight-sentence statement, providing the IPCC Special Report on Global Warming of 1.5 °C as evidence. 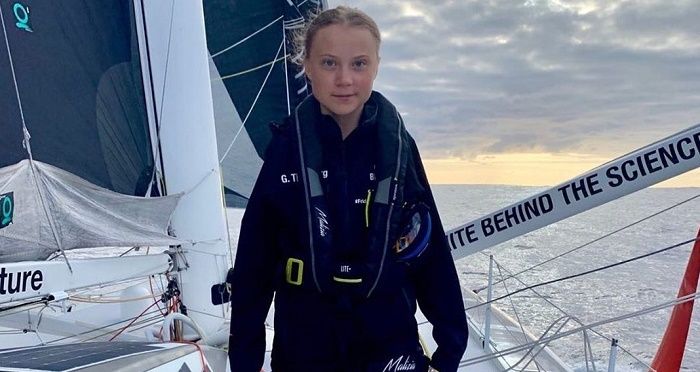 On 23 September 2019, Greta Thunberg appeared at the UN Climate Action Summit in New York City. Later that day, she and other young activists, including Ayakha Melithafa, Alexandria Villaseñor, Catarina Lorenzo, and Carl Smith, appeared in a conference hosted by UNICEF and lodged an official complaint against Argentina, Germany, Brazil, France, and Turkey, five nations that were lagging on their commitments to the Paris Agreement.

Greta Thunberg took part in climate protests all over North America before sailing back to Europe in late 2019 to attend the United Nations Climate Change Conference (COP25) in Madrid, Spain. In January 2020, she reappeared at the World Economic Forum hosted in Davos, Switzerland.

”We are after all just children, you don’t have to listen to us. But you do have to listen to the united science.” . A part of my speech yesterday at the French Parliament. Full video at link in bio! #climatestrike #fridaysforfuture #schoolstrike4climate

Her activism has drawn unprecedented attention from all over the world, and its impact has been so extensive that it has garnered responses from world leaders and students alike. She has become a source of inspiration for many, especially her school-aged peers, and they have joined the climate movement as well. This has come to be known as the Greta Effect.

Greta Thunberg has launched the anti-flying movement, known as flygskam or “flight shame”, to actively endorse travelling by train over flying for environmental reasons. 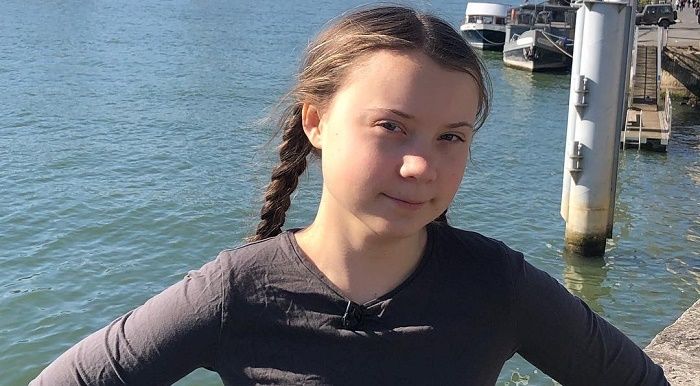 Greta’s activism has garnered her as much criticism as it has praise. While she has been lauded by the likes of the Pope and US presidential candidate Bernie Sanders, world leaders such as the US President Donald Trump, German chancellor Angela Merkel, and Russian President Vladimir Putin have criticized her. Some of these criticisms are personal, while others dubbed her a poorly informed person who oversimplifies complex issues. In response, Greta often writes on her Twitter bio various phrases that reflect one of the world leaders’ criticism of her. For instance, after Putin said that she is a “kind girl and very sincere”, who does not understand that “the modern world is complex and different and people in Africa or in many Asian countries want to live at the same wealth level as in Sweden”, Greta updated her Twitter bio with “A kind but poorly informed teenager”.