Famous As:- American YouTuber and Podcaster

Emma Chamberlain is an American YouTuber who has been hailed as ‘the most important YouTuber working today’ and ‘the funniest person on YouTube’ by ‘The Atlantic’ and ‘The New York Times’ respectively. As YouTube’s ‘It Girl’, she has over 8.5 million subscribers and makes several million dollars a year from her creative content. Her content style is everyday-relatable that is comical and edited in her unique style. Many of her videos are collaborations with other YouTubers that resonate strongly with teenagers. She left high school to become a full-time YouTuber and has a bright future ahead of her.

Emma Chamberlain was born on May 22, 2001, in San Bruno, California, USA. Her parents got divorced when she was just five years old. She is the only child of her parents and was raised in San Mateo County, a Silicon Valley suburb.

At the age of six, she started exploring YouTube videos as a means to connect with other people. She went to ‘Central Middle School’ in San Carlos and ‘Notre Dame High School’ in Belmont, California. At high school, she was a competitive cheer on the school’s cheerleading team, and was reportedly also on the ‘California All Stars Pink’ cheer team. It was during her time on various cheerleading teams that she got her first taste of creating and editing videos. She learned editing to make creative compilations of competitive cheerleading events. 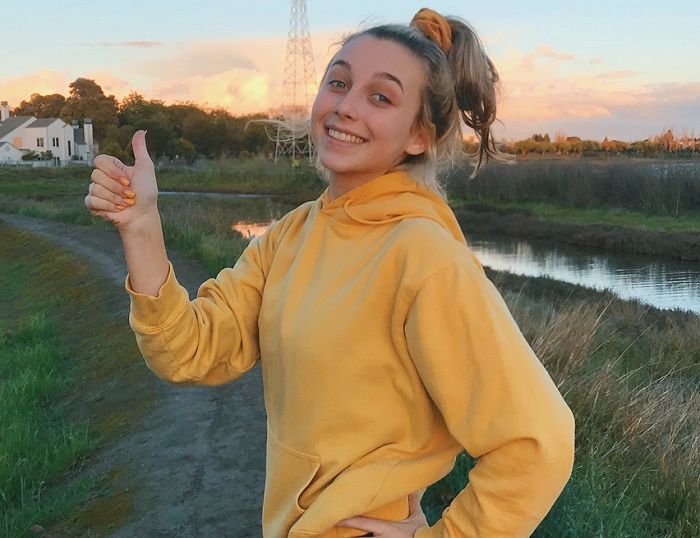 In the beginning, Emma Chamberlain was more involved with editing videos rather than filming them. In her high school sophomore year, during school hours, she would edit funny videos of her friends dancing to trap rap remixes of Christmas music. Her early editing style had a lot of text on screen, zoom effects and pauses where she pointed out something funny that would not have been ideally noticed by the viewer. Her friends found it very entertaining, which encouraged her to continue posting such content on Instagram.

Just like the evolutionary story of other YouTubers of her generation, her attempts at fighting off teenage boredom and sharing her feelings online are clearly reflected in her early videos. Emma Chamberlain posted the first video ‘City Inspired Summer Lookbook 2017’ on her YouTube channel on June 2, 2017. She continued to vlog practically everyday that summer, but didn’t get much hits until the end of July when her video ‘we all owe the dollar store an apology’ went viral. Thereafter, there was no looking back for her. She even posted about using YouTube to fight depression.

By the end of her sophomore year, after she was banned from vlogging in class, Emma Chamberlain had realized that there was no significant advantage for her to stay in high school. Thus, after consulting her parents, who fully supported her in everything, she left high school in her junior year by taking the ‘California High School Exit Exam’. By June 2018, Emma Chamberlain had left the San Francisco Bay Area to live in Los Angeles as a full-time YouTuber.

Emma Chamberlain’s content is not extraordinary, but it is focused on making the ordinary look extraordinary. She does mundane things, but there’s something about watching her do those things that makes you watch it more and more. Is it any wonder that her videos have been viewed more than 700 million times? Her channel is full of videos that include regular things like going on aimless trips to big box stores, trying to make cakes, going thrifting, trying to sew, etc. Most agree that it is her quirky editing style more than her content that is the biggest draw for viewers. Her videos are addictive.

Emma Chamberlain is unknown to most people over 20 years of age. But for Gen Z, she is a superstar who is very real and relatable as she drives around town drinking iced coffees, freely swearing, wearing regular clothes and preferring the au naturel look over a heavily made-up face. She is a modern-day storyteller, comedian and a charming personality all rolled into one. And she has over 8.5 million subscribers.

Emma Chamberlain’s popularity is attributed mostly to her unique style of editing. Though she still edits on iMovie, her use of zoom-in techniques, facial distortions and an array of weird sound effects make her videos very appealing. Within a short span of two years, Emma Chamberlain has done what many before her have failed to do; she has hacked the formula for making money off YouTube without the use of clichéd clickbait video titles.

Despite being a huge YouTube star, Emma Chamberlain maintains the aura of someone completely unaffected by fame. By posting mocking videos where she is getting ready for Coachella or giving an apartment tour, she pokes fun at herself, her profession and her peers. One would think that she wouldn’t use profanities for fear of losing sponsors, but she blatantly disregards all such rules to keep it real for herself and her viewers.

Her videos often feature collaborations with other popular YouTubers like the Dolan twins – Grayson and Ethan, David Dobrik, James Charles, etc. This, along with her quirky edits, makes her a YouTube sensation in the 13-18 year old demographic. So epic is her popularity that in 2018, she won the ‘Breakout Creator’ award at the ‘Streamy Awards’ and in 2019, she was nominated in many categories of the ‘Shorty Awards’. 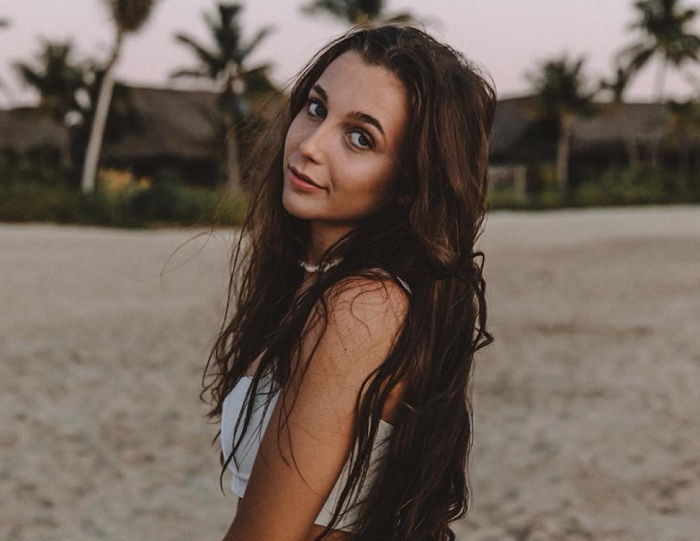 Emma Chamberlain has been credited with being one of the pioneers of modern YouTube video styles, especially in the area of ‘authenticity’ videos. Her editing style and persona is so popular that it has spawned a brand new genre on YouTube – those who wish to copy her style in their own vlogs. There is even a sub-genre that is loosely called ‘Vlogging like Emma Chamberlain for a Day’.

Insane Net Worth for a Teenager

This self-made YouTuber is worth millions of dollars. At just 18 years old, Emma Chamberlain easily makes up to $3 million each year from her videos, sponsor deals and merchandise line. As per many social media analytics firms, she makes about $120,000 from her YouTube videos and the rest from her sponsor deals on Instagram with Calvin Klein, commercials for Louis Vuitton, etc. She has over 8.3 million followers on Instagram, but she resists churning out incessant sponsored posts, thus keeping her content ‘authentic’. Her collaborations with other YouTubers are extremely popular, allowing her to tap into a new set of followers too.

Emma Chamberlain is in the business of selling authenticity and does it very well too since most of her vlogs are unsponsored but YouTube’s advertisements make up a significant portion of her revenue. Her engagement rate is through the roof (almost 25% in 2018; way more than Kim K too) and the more people like and subscribe to her videos, the richer she gets.

Another revenue stream is her merchandise line which is also a very profitable venture for this enterprising 18-year-old.

The Price of Fame

All this money and fame comes at a price, particularly at the price of her health. Emma Chamberlain posts every week on YouTube and even more often on Instagram. The pressure to post is very stressful for her. But even more stressful is the amount of time required to edit each YouTube vlog – about 20-30 hours, with 10-15 hours stretches at a time! And she insists that she currently edits all her videos, which has taken a toll on her physical health. She now suffers from back pain and deteriorated vision that makes her eyes strain.

Her mental health has been affected as well. Though she makes people laugh with her videos, she herself doesn’t experience more than 10 seconds of laughter while editing them. Emma Chamberlain has also been criticized for her looks and her struggle to stay true to her anti-influencer roots is real. Viewers have been quick to call her ‘fake’ when she posts sponsored or paid content. They also constantly try to link her to other YouTubers. She states that it messes with her head when other vloggers try to mimic her.Emma Chamberlain may be on the brink of a burnout, but she also knows that she has a short shelf life if she doesn’t continue to churn out fresh content. She agrees that she may outsource a bit of editing in the future. She also states that she likes how her content is evolving.

Emma Chamberlain is rumoured to be in a romantic relationship with Ethan, one-half of the famous YouTuber twins, the Dolans.

Emma Chamberlain has taken acting classes in the past but didn’t enjoy them. She generally dresses in a basic manner, donning hoodies from her own merchandise line. But she cleans up her act when she attends fashion shows in Paris or does a fashion diary vlog with supermodels like Karlie Kloss.

She maintains that she will go to college only when she’s 100% sure about it. She continues to consider her parents as her best friends.