As of 2015, the population of Canada is estimated to be around 35 million and this makes it the 37th nation in the list of countries and dependent territories. To generate influence on such a huge number of people is not a matter of joke. For this one need not be rich or highly educated, though these can be part of the personality but never can they be the only parameter which will grab the attention of the masses. A person has to be a great decision maker on whose judgment the fate of the country and its people depends. The person needs to be an orator whose opinion can generate public opinion and if those people represent the country, they have to be well acquainted with the past, present as well as the future prospects of implementing any new policy. The people whom we have included in our list of the most influential people in Canada have done exceptionally well in their respective fields. The position they have reached today is indeed crucial as they have brought in some changes which have made an impact on the eco-socio-political sphere of the country to a great extent. 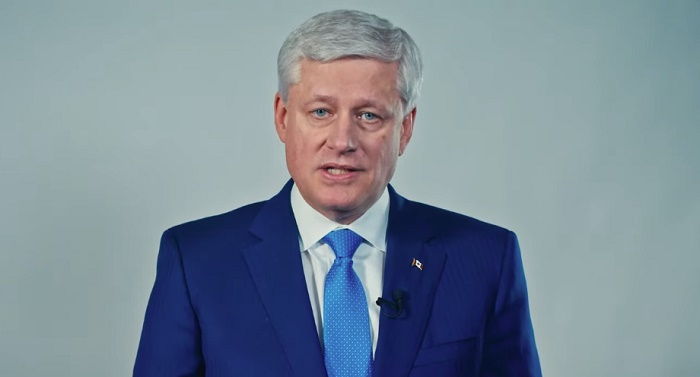 Harper had been selected as the 22nd Prime Minister of the country and served the position for around a decade. He was always interested in politics and while he was in high school he joined the ‘Young Liberals Club’ which is the national youth wing of the ‘Liberal Party of Canada’. Following some disagreement he moved from the Liberals and joined the ‘Progressive Conservative Party of Canada’. He then joined the ‘Reform Party of Canada’ and then the ‘Canadian Alliance’ in 2002. The ‘Progressive Conservative’ and the ‘Canadian Alliance’ merged to form the ‘Conservative Party of Canada’ and Harper was the first leader of the newly formed party to be elected as the Prime Minister. While in that position he implemented many changes in the domestic policies. The way in which this prime minister managed the economy of the country, the federal deficit witnessed historical rise, while the debt-to-GDP ratio was the lowest in the G7 economies. According to ‘The Economist’ magazine, it was Canada which has emerged out of the recession better than any other rich country in the G7. The ‘Global Markets Action Plan’ was also implemented during his term in office as the PM. 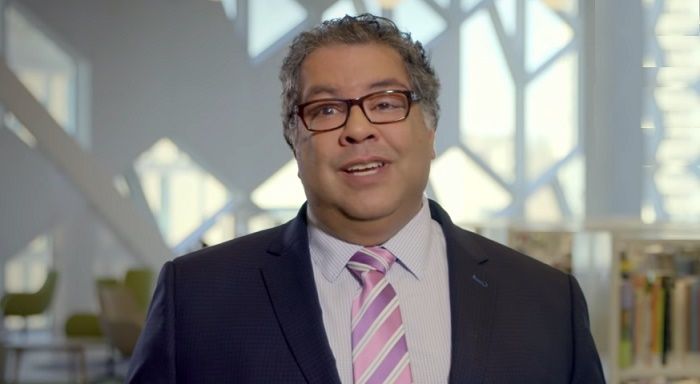 Placed second in the ’50 Top Canadians list 2013’ by the ‘Maclean’s’ magazine, Naheed Nenshi is the Mayor of Calgary, Alberta. He was first elected to the chair in 2010 municipal election, and in 2013 re-elected with 74% votes. He is the first visible minority mayor of any municipality of Canada, also the first Muslim mayor of a city in North America. This man is innovative and his unique ways of communicating to the masses were seen during his campaign for mayor, which was nicknamed the ‘Purple Revolution’. Nenshi was a recipient of the ‘Young Leader’ award presented by the ‘World Economic Forum’ for his innovations in the field of urban planning. For bringing forth ideas like that of transparency, the ‘Canadian Institution of Planners’ bestowed the ‘President’s Award’ upon Nenshi. He is also the first mayor to have received the ‘World Mayor’ title by the ‘City Mayors Foundation’. 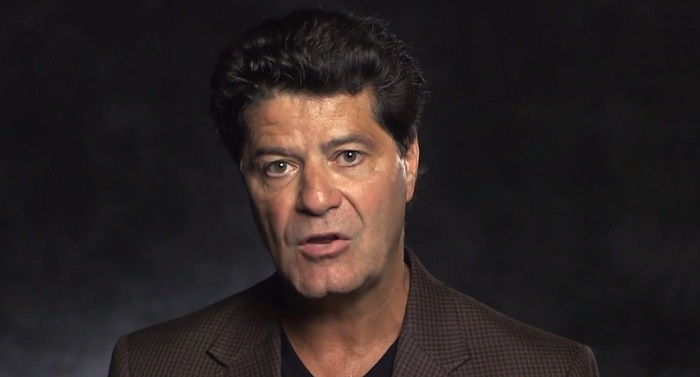 Son of Jerry Dias Sr. who headed the ‘United Auto Workers’, Dias Jr. followed the footsteps of his father and earned a job at the plant. Subsequently, he became a representative at the ‘Canadian Auto Workers’ national office and then assisted CAW presidents Buzz Hargrove and Ken Lewenza, Sr. Jerry had such impact on the trade union that he became the first president of ‘Unifor’, a union formed by merging ‘Canadian Auto Workers’ and the ‘Communications, Energy and Paperworkers Union of Canada’. One of the news channels named him one of the most fearsome people in the country. While the members of the ‘Halton Women’s Shelter’ regard him as a great ally, members of ‘Unifor’ address Jerry Dias as their first National President. Being involved in labour movement for decades, he is well-versed with the needs of the workers. 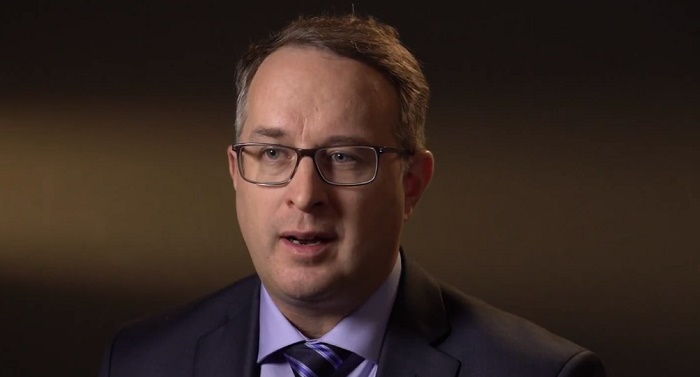 The ‘Canada Pension Plan Investment Board’ (CPPIB) monitors more than C$272 billion investment assets on behalf of 18 million Canadians. This was founded in 1997 following the initiative of the then Finance Minister of the country Paul Martin, to manage the investment funds held by the organization independent of the government. Mark Wiseman is the present CEO and president of the board; among his various other achievements he has entered into a contract with Formula One racing. The office which he holds makes him one of the most important people in Canadian business scenario. 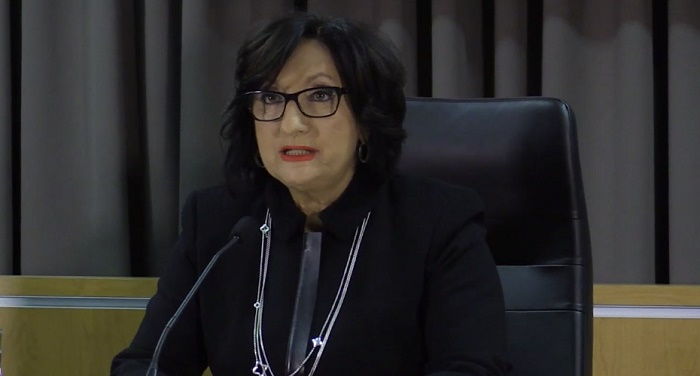 The Quebec government wanted to establish an inquiry commission into the corruption residing in the construction business of the region. They wanted someone to head the commission and none other than France Charbonneau, Quebec Superior Court Justice was recommended for the position. She was appointed into the commission and it is now known as the ‘Charbonneau Commission’. After her appointment to the post one of her colleagues John Gomery said, “She’s an excellent judge. That’s a very good choice. I have only praise for her.” She loves her work and if we consider her career so far we know that she is a fearless prosecutor.

Ray Novak is a political strategist who was appointed the 14th Chief of Staff to former Prime Minister Stephen Harper. He had worked with Harper when Stephen led the ‘National Citizens Coalition’ and Novak was a researcher for the organization. He worked in the prime minister’s office since 2006, and had played some vital roles, finally becoming one of the Chiefs Of Staff, when Harper was looking for someone he could rest his trust on. 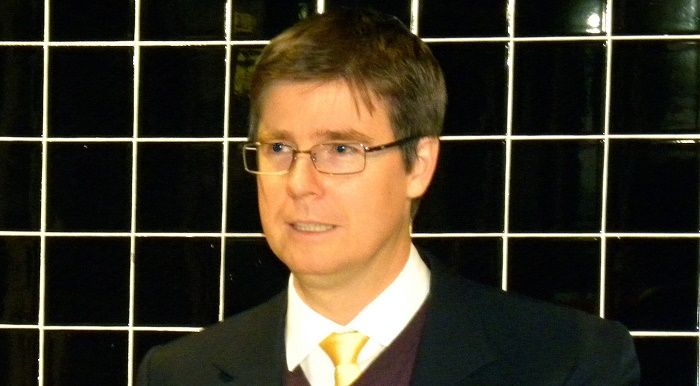 According to Forbes as of 2012, the Weston family was ranked the second wealthiest in Canada. The family owns the ‘Loblaw Companies Limited’ which is the biggest name in food retail sector in Canada. The company is now presided over by Galen Weston Jr. who has also become a familiar face to Canadians as he appears in many commercials promoting their ‘President’s Choice’ line of products. 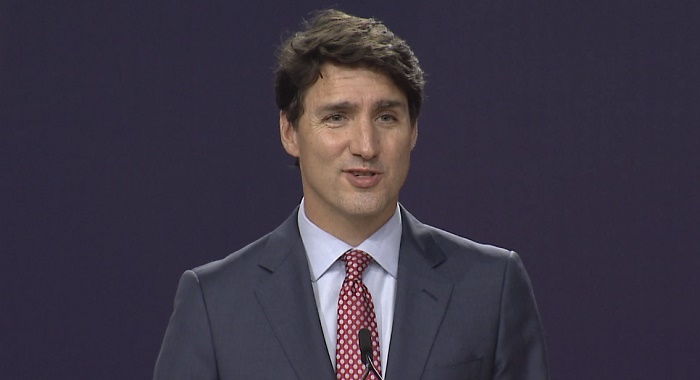 The current Prime Minister of Canada, Justin Trudeau has immense social media presence and his Twitter followers are over a million. He is the son of former Prime Minister Pierre Trudeau, and is the first child to take over this position after his father. Trudeau is also the second youngest PM of the country after Joe Clark. He has unmatched oratory skills and this was proven when he spoke about marijuana and even expressed the desire to legalize it.

Julie Dickson, OC served as a Superintendent of the ‘Office of the Superintendent of Financial Institutions’ (OSFI), Canada from 2007-14. She completed her Masters in Economics from ‘Queen’s University’. Dickson’s knowledge of the subject made her one of the chief advocates of tougher banking regulations during the global credit meltdown of 2008. She exercises power in the Canadian mortgage market as well as banking sector and has her say in the prevention of global banking crisis. 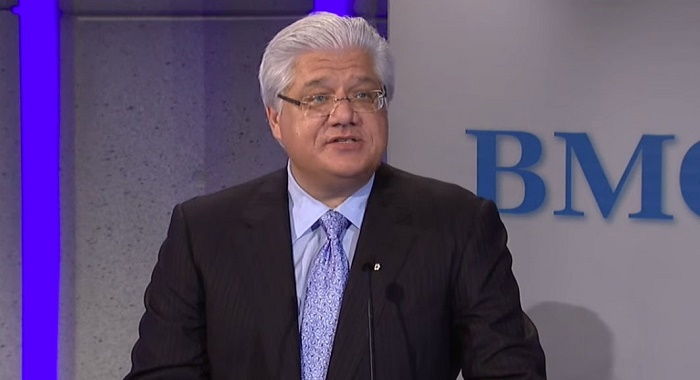 We are all aware of the telecommunication and wireless company Blackberry, but did you know that Mike Lazaridis is the mind behind this venture? Lazaridis who believes in the power of basic science founded the Blackberry Company and presently is the Vice Chairman of the same. He wished to provide funds to people in order to help them take quantum information science a step ahead and thus, he co-founded the ‘Quantum Valley Investments. He was awarded with the Order of Canada and was also a former chancellor of the ‘University of Waterloo’. 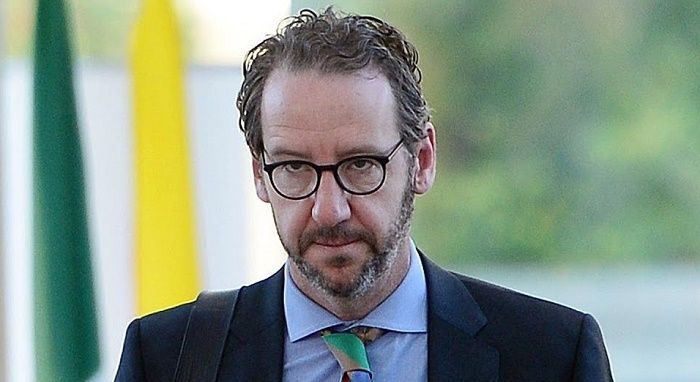 He is the senior advisor to the present Prime Minster of Canada and hence, it is Butts who has guided the leader of the Liberal Party through the political ladder. Gerald has been the president and CEO of ‘World Wildlife Fund Canada’ and also the principal secretary of the then Ontario premier Dalton McGuinty. Therefore, he has vast political knowledge and being advisor to the PM makes him powerful and influential too. 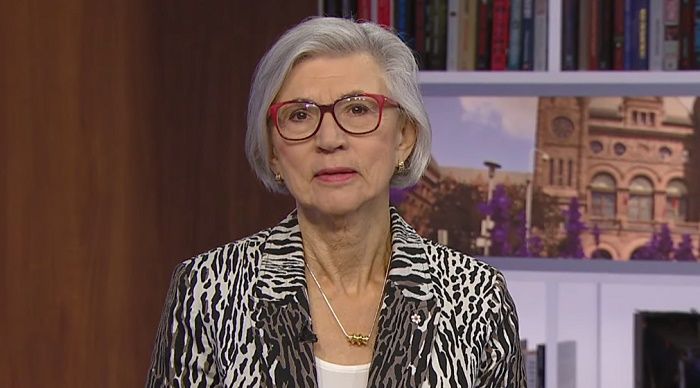 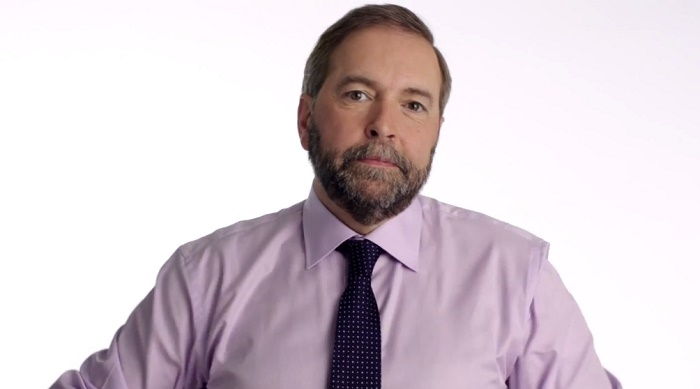 This Canadian politician leads the ‘New Democratic Party of Canada’ and also led the ‘Official Opposition’. However, when Trudeau came to power, his position was shaken a little by the overpowering presence the present Prime Minister. Thomas Muclair is a lawyer and his logical propositions bear witness to this. His prosecutorial ability grabs adequate media attention and when he headed the opposition bench, he created enough buzz in the media.

James Moore had been a Member of the House of Commons since 2000, and in 2015 he announced that he would not run the forth-coming election. When Stephen Harper was the PM of Canada, Moore was a member of his cabinet and served as the Minister of Industry. He would be the next chancellor of the ‘University of Northern British Columbia’ and his term would begin from May 2016. 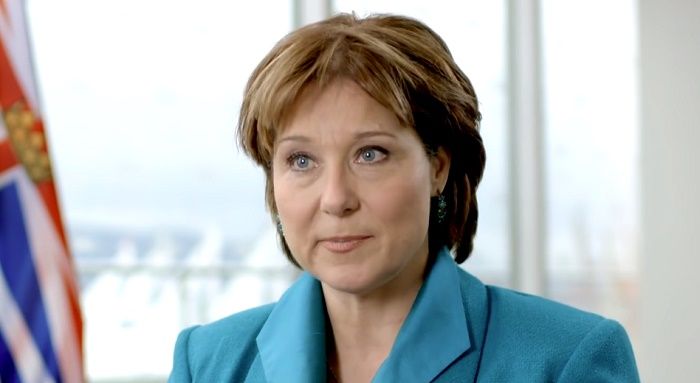 The 50-year-old Canadian politician Christy Clark has been elected as the 35th Premier of British Columbia, Canada. After Rita Johnston, Clark is the second female politician to serve in this capacity. In 2005, she left politics and began to host a talk show on radio. Clark re-entered the political scene in 2011, after she won a by-election.

He was elected as the leader of the sovereign provincial political party ‘Parti Québécois’ in 2015, and since then he led the opposition in the ‘Quebec National Assembly’. Apart from his political career he was also the CEO of influential firms like ‘Sun Media Corporation’, ‘Quebecor Media Inc.’ and ‘Quebecor Inc.’ Even now he holds a substantial amount of shares in the Quebecor and also chairs the television and media branches of the same.

The former first lady of Canada, Laureen Harper is known among the members of the ‘Conservative Party of Canada’ as the ‘secret weapon’. Ever since she met Stephen Harper, she has been his greatest support, extending crucial help to him in campaigning. She was either seen with her husband addressing the masses or she appeared in public gathering on behalf of her husband. When she entered the 24 Sussex Drive, she became an active welfare worker as well as supporter of arts. She is the Honorary Gala Chair of the ‘National Arts Centre’ and also supports organizations such as ‘Ottawa Humane Society’. 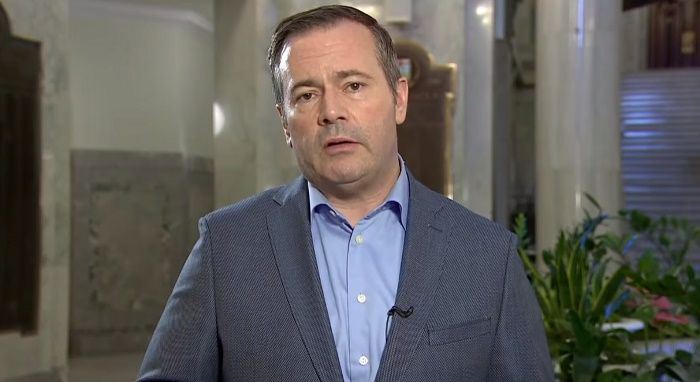 Jason Kenney was elected as a member of the Canadian House of Commons in 1997 and since then he has taken up various roles in the political platform of the country. When Stephen Harper was elected as the prime minister, Kenney was appointed as the Parliamentary Secretary for the former. He was also appointed as the Secretary of State for Multiculturalism and Canadian Identity, Minister for Citizenship, Immigration and Multiculturalism and Minister of Employment and Social Development and Minister for Multiculturalism. After Stephen Harper, he is considered the next potential leader of the Conservative Party. 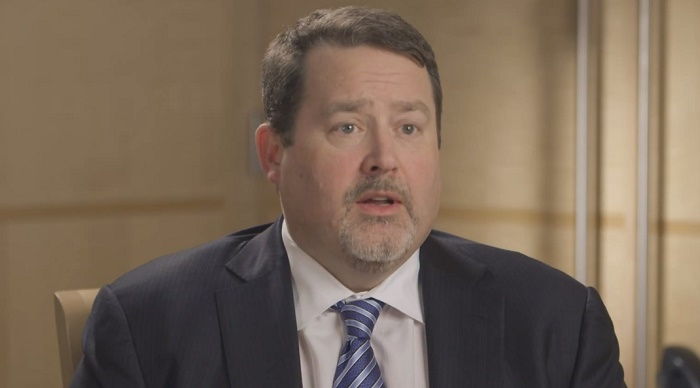 ‘TransCanada Corporation’ is one of the biggest energy corporations in North America, and Alex Pourbaix is the Chief Operating Officer of the company. As a result, he is responsible for the growth and other business prospects of the company along with the Operations and Projects Centre of Excellence. 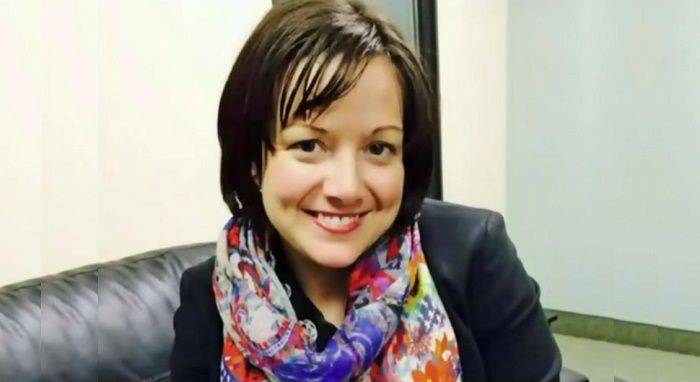 Jenni Byrne’s political career began at the age of 16 when she entered the Reform Party. In 2009, she was appointed as the ‘Director of Political Operations’ for the ‘Conservative Party of Canada’. and today she is a political advisor to Stephen Harper. At one point of time, she was considered ‘the most powerful woman in Ottawa’ and after Laureen Harper, was regarded as ‘the other woman’ behind the success of the former prime minister.