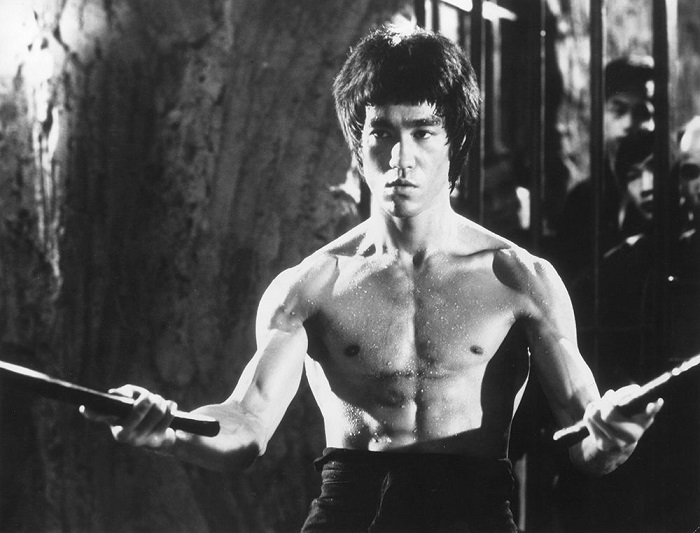 Bruce Lee no doubt is a legend for a reason, which is apparent to nearly everyone if not all. This crusader was born in the hour of dragon, between 6:00-8:00AM on November 27, 1940. His influence on the martial arts and fitness has been phenomenal and every boy till date idolizes him as his sports and fitness icon of all times. Yip Man, was Bruce Lee’s mentor and when the latter joined Wing Chun Kung Fu as a child, a luminary was created. Unfortunately he died at the age of 32 leaving behind an impeccable history of fitness, combat sports and mostly martial arts. In honor of this invincible real life super hero, we have 10 bad-ass facts that you probably didn’t know about your fitness idol.

1. It was the Chinese mob that forced him to flee to America.

Lee Jun-fan was the birth name of this martial artist who was born in the city of love, San Francisco. He went to Hong Kong to train under Yip Man who was an outstanding instructor in Wing Chun. This place had the largest impact on his martial art skills. While some sources say that he was sent back to America since he had got into a tiff with a guy who had contacts with the Chinese mob, the others claim that he was sent there for higher education.

2. He had an overpowering punch

If you are a fan of martial arts or boxing then imitating the speed and force of Lee’s punches has to be a part of your final aim of being like your idol. Nobody till date has ever been able to replicate anything that this guy has shown in his movies or for that matter in real life. Many sources claim that during the renowned 1967 demonstration, Lee punched Grandmaster Vic Moore 8 times, who failed to block his forceful hits on each occasion. There are of course several others who believe that only one punch was played on loop to maintain Lee’s reputation. Whatever be the case, it is a universal fact that the ‘Enter the Dragon’ actor was quite a formidable force.

3. Some of his students were Kareem Abdul-Jabbar, Steve McQueen and James Coburn.

The fight sequence in the movie ‘Game of Death’ was shot with his former student, popular American Basketball icon Kareem Abdul-Jabbar. He taught legendary actors Steve McQueen and James Coburn, who were also his friends. Chuck Norris and Coburn were among some of his friends who carried his casket to the funeral.

4. He was so fast with his actions that his movies had to be played in slow motion.

Bruce used to fight at the speed of lightning and hence all his fans used to miss out on all his major moves. As a result the action scenes of this phenomenal artist had to be shown in slow motion, so that the viewers could appreciate and maybe try to replicate all his moves.

5. Dancing was his forte too

Lee was a competitive dancer and this clip is the proof of his admirable dancing skills.  The ‘Hong Kong Cha Cha Championship’ which he won in the year 1958 comes as no shock after you watch him grooving to the music in this footage.

6. His dead body is shown in the movie ‘Game of Death’

‘Game of Death’ was an unfinished 1972 film which could not be completed due to the sad demise of Bruce lee. The revised version of the movie was made in the year 1978 where an entirely new story (along with the original footage) introducing a character called Billy Low is presented. There is one scene in the movie where Lee’s dead body is used to show Billy Low’s character forging his death.

7. Chuck Norris too admits that there is no one to beat him in his extra ordinary skills.

Chuck Norris shared a very special relationship with Bruce Lee—they were co-actors and good friends. When Chuck was questioned about who would win in a fight against Death, his ‘Way of the Dragon’ co-star or the Grim Reaper, this is what Norris said, “Bruce of course, nobody can beat him.” He believes that Lee could beat up any person on Earth, including himself.

8. He did wonders with Chopsticks and coins

I remember a scene in the movie ‘Karate Kid’ where Pat tries to catch a fly with chopsticks; here is what our superstar used to do in order to sharpen his reflexes. Lee used to throw a rice grain up in the air and catch it with his chopsticks. There is more to his self-skill enhancing techniques; within a matter of seconds, he would replace a coin in someone’s hand with another, even without the person realizing it.

9. He was an absolute fitness fanatic

Everything about Lee suggests that he was an epitome of physical fitness. His unbeatable strength, his two-finger pushups and one arm chin ups were the highlights of his workout. The ‘Dragon Fly’ position which is not an easy task in any way was a child’s play for this ridiculously fit guy who would maintain it for a long time. 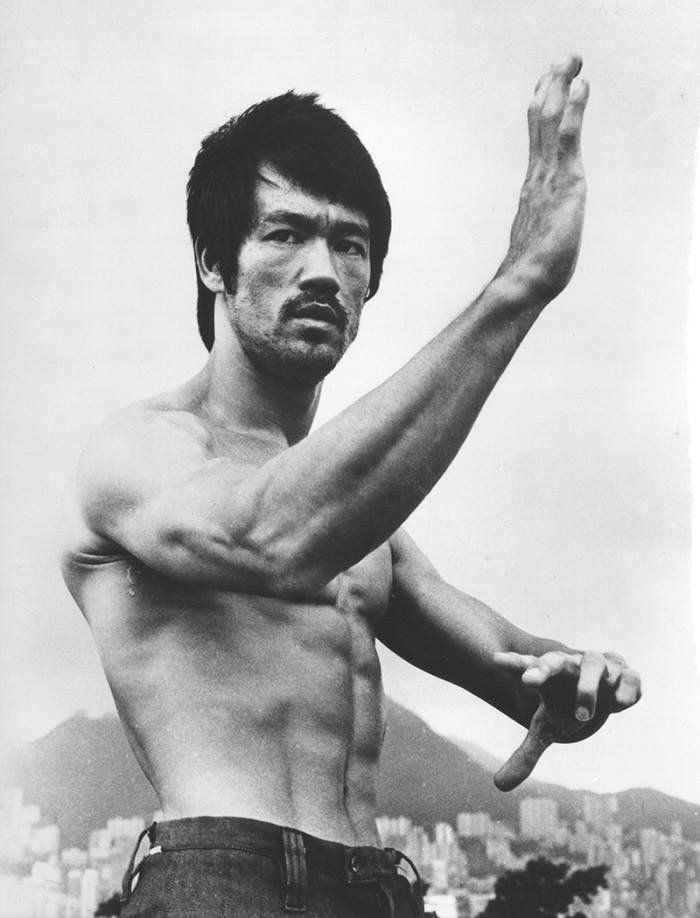 10. “Brucesploitation” flicks were released after the legend passed away. The actors had similar names as him.

After this legend died, Jackie Chan went on to make a huge name for himself in this genre. Bruce Li, Bruce Le, and Bruce Lai were some of the other imposters who tried to cash in on the Lee’s fame. Here is the trailer of the movie ‘Enter the Game of Death’, which will show you exactly what I mean.

We lost an idol and a real life superman on July 20th 1973. As a tribute, Quentin Tarantino, a renowned film director showcased Lee’s famous yellow jumpsuit from ‘Game of Death’ by making Uma Thurman don a similar garb. Bruce Lee continues to remain an inspiration—his undying ideas and philosophy will inspire generations to come.