Famous As:- The Most Commercially Successful Director of All Time 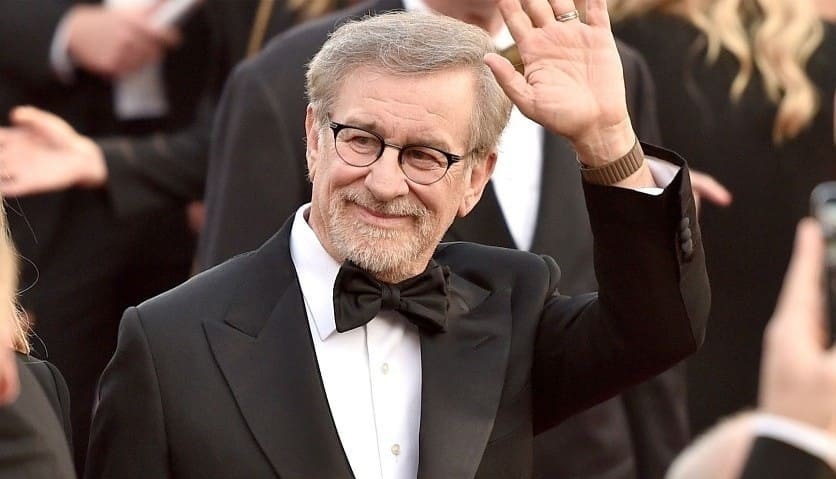 Everyone born in the 1980s and 90s would surely have memories of growing up watching movies like the Indiana Jones trilogy and E.T. the Extra Terrestrial. We all have to thank filmmaker Steven Spielberg for a wonderful childhood. If it wasn’t for the legendary director, dinosaurs would have remained just another extinct species. Another gem produced from this director’s hat is the blockbuster movie Jaws. His movies were responsible for flaring the imagination of several generations, who wanted to go out on dangerous adventures, flying on ancient aircrafts, unearthing precious artefacts, deciphering complex codes, fighting goons and making daring escapades.

It is true that we all possess a treasure trove of information about his movies but we know very little about the man himself who stays behind the screens to create one magical world after another. His life is actually no less interesting than the movies he creates. Though it would be stretching the truth too far to say that the director fancies monkey brains or his house is modelled as a dungeon, here are some true and fascinating facts about his life.

1. He started filmmaking in his teens. 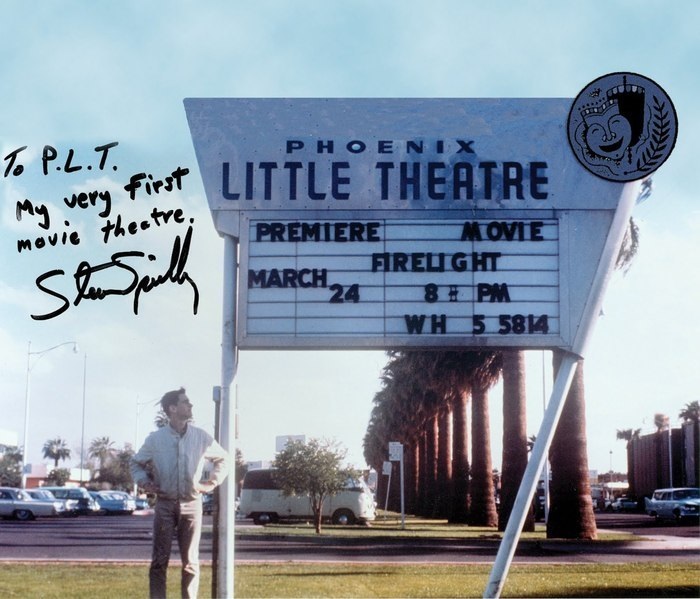 Steven was barely seventeen, in 1963, when he filmed, edited and produced a movie called Fireflight. While other kids his age would spend their weekends doing nothing of significance, he would be engrossed in the nitty-gritties of filmmaking. He was successful in persuading the Phoenix Little Theatre in Arizona to screen his movie. He had invested $500 to make the film and was successful in selling 500 tickets worth $1 each. While he was content to break even, a movie-goer accidently paid the fee twice and thus Spielberg was able to earn a profit of one-dollar on his first ever film. Sadly for all the fans of the director, the last surviving copy of Fireflight was lost when the production company he had applied for a job was shut down.

2. Some stories from Jaws

Everyone remembers Captain Quint and his vessel the Orca, from this man vs. nature thriller, but what many do not know is that the fishing boat was Spielberg’s favourite escape. The iconic movie had its fair share of trouble from being over budget and running way beyond the schedule. Also the design team had a lot of trouble perfecting the mechanical shark, without which the movie wouldn’t be the same. Spielberg would sneak into the Universal Studios theme park and would spend hours introspecting. The motorised giant was affectionately called Bruce (after Spielberg’s lawyer) by everyone on the sets and the first time it was introduced into water it sank down. Owing to occurrence of several unpredictable incidents during the film’s shooting, the mechanised shark was named ‘The Great White Turd’. There is another funny incident which occurred during the shooting. Filmmaker George Lucas had visited the sets and apparently Spielberg asked Lucas to put his head into the shark’s mouth. After much cajoling he agreed but when Spielberg closed the mouth shut it wouldn’t open owing to some technical snag. The duo struggled to free his head and finally managed to pry him out. Fearing that in their struggle to set him free, they might have damaged the prop, Spielberg and Lucas fled the scene like teenage boys.

True that the movie bred in us a terror for the underwater, what made it even more compelling was the background theme song “daaa dum daaa dum” (I know you’re humming it in your head!). When composer John Williams pitched his idea for the score to Spielberg did think for once that it was a prank. However showing his immense faith in the composer, he stuck to the idea and the rest is history.

5. He lost an Oscar to himself (kinda) 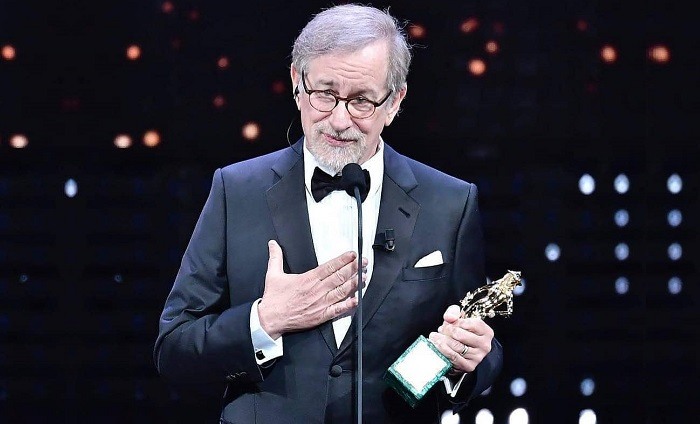 The Poltergeist has elevated to the status of a classic in the horror film genre. Though, this hardly means that the movie did not make waves when it was released. It was honoured with two Oscar nominations in the categories for best score and best special effects. However, the movie was pitted against another classic E.T., directed by Spielberg himself and the alien movie went on to win the award. So you see he kinda lost an Oscar to himself.

Remember the clown attack scene in the 1982 horror flick, Poltergeist? Well when the movie released, it was criticised for the scene depicting violence and was awarded a PG (parental guidance) rating. Spielberg then came up with the proposal that an intermediate rating PG-13 be established. The idea was proposed to the then President of MPAA (the body awarding movie ratings in the US) Jack Valentini who accepted it. Well while we are talking about Poltergeist, do you know that the director himself was scared of clowns and a tree outside his window (the character Robbie in the movie has a fear of the same objects), as a child? There is another story associated with the scene where the paranormal investigator is clawing away at his own face. Apparently the visual effects team had created only one prop for the scene and the actor asked Spielberg to play the part, as he was under a lot of pressure. According to other sources, it was Spielberg who insisted on playing the role as it intrigued him. Despite the truthfulness of both accounts, one thing that is true is that it was Spielberg’s hands ripping off flesh from Marty’s face.

6. Spielberg’s toughest completion is he himself 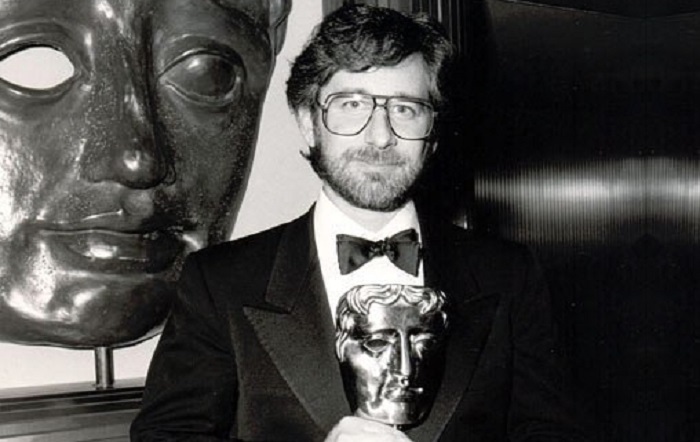 The movie E.T. the Extra Terrestrial was a huge commercial and critical success and the movie became the highest grosser in Hollywood till the advent of Star Wars. But he again proved his cinematic prowess with the movie Jurassic Park. Released after eleven years, on the exact same day E.T. came out, Jurassic Park broke all previous records to emerge as the highest grosser.

7. He has seven children 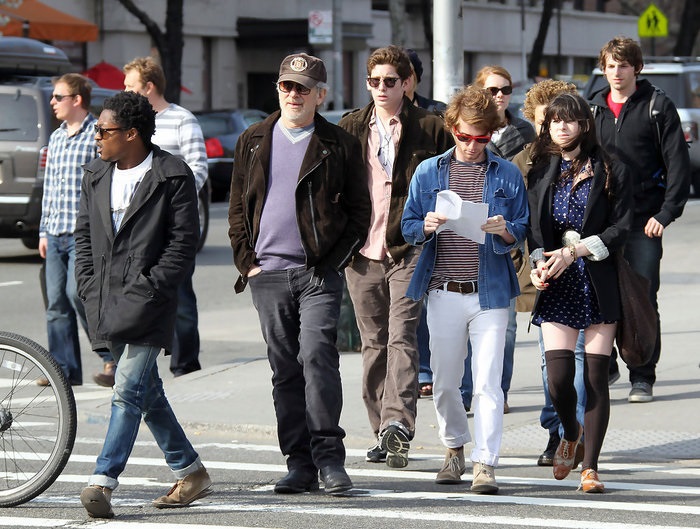 Spielberg met actress Brian De Palma when he was casting for the movie, Close Encounters of the Third Kind, in 1976. The director described Palma as a heartbreaker and the two began dating. The competitive streak in both however became the cause of their split, three years later. But as fate would have it the two exchanged nuptial vows in the year 1985. They had a son named Max Samuel Spielberg from this marriage. When the couple divorced in 1989, it went down in history as the third most costly celebrity divorce. The director was then in a relationship with Indiana Jones actress Kate Capshaw. The two got married in October 1991. The couple has six kids – four biological and one adopted – other than Spielberg’s son and Capshaw’s child from their earlier marriages.

Have any other interesting facts about the legendary director to add to this list? Do let us know in the comments section.