Famous As:- President of Russia 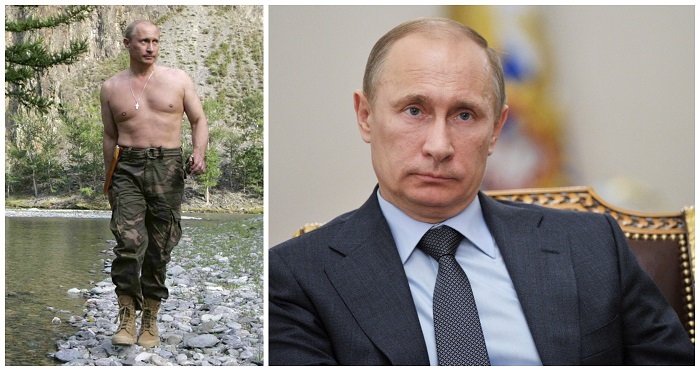 Over the years, he has been a subject of mockery by the west, but regardless, Vladimir Putin over the past two decades has become Russia’s most influential man and authoritative leader. In fact, he is now polled as the most influential leader on the planet. Since the year 1999, Vladimir Putin has been Russia’s driving force by serving two terms as the President before becoming the Prime minister and back to presidency. Despite all the flak he receives from the media, which is often spurred by the ideologies of the west, there is no reason why Putin’s work in Russia should not be commended. Since Putin’s rise to power, with his premiership and presidency the real incomes in Russia have raised by a factor of 2.5, wages tripled, poverty and employment has halved, and the country has seen a GDP rise by 72% after an eight-year consecutive growth, making the nation one of the most powerful in the world. The question is, apart from the regular news regarding Putin, how much do you really know of him? Take a look at a few facts that will certainly take you by surprise. 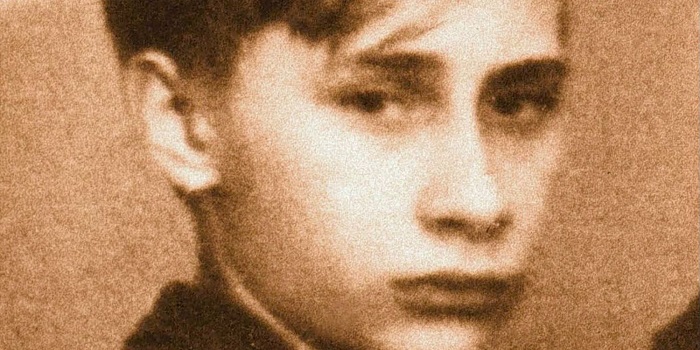 Putin was born on 7th October, 1952 to Vladimir Spiridonovich Putin and Maria Ivanovna Putina. The youngest of three boys, his eldest brother Victor succumbed to diphtheria during the World War II ‘siege of Leningrad’ and Albert died as a baby shortly after his birth due to complications. His paternal grandfather, Spiridon Ivanovich Putin, was a famous cook and is even said to have fixed meals for Joseph Stalin himself. During the war, the Putin family lived in a communal apartment, shared by two other families. By the time Putin was 11, he was known to have been rowdy in nature, a possible outcome of his rickety past and as a result wasn’t part of the Pioneers (The Vladimir Lenin All-Union Pioneer Organization), the mass youth group of the Soviet Union. By 12, Putin decided to shift his interest to sports namely Sambo and Judo. He once stated that he took up Judo to keep up with the pack and avoid getting bullied. Eventually he was awarded with the highest grade in Judo- the black belt, and turned champion in his university. In 2008, he released a DVD, “Let’s learn Judo with Vladimir Putin”.

Putin then enrolled himself in the Leningrad State University in 1970 to study law and graduated in 1975. It was here that he befriended his then lecturer, Anatoly Sobchak, the man who helped shape his political career.

Post-graduation, Putin joined the KGB (Russia’s Committee for State Security) and underwent a yearlong training at the school. Though he was termed, “flawed”, unsocial, with a “lowered sense of danger” by his superiors, he was soon appointed First Chief Directorate in the monitoring of foreigners and consular officials in Leningrad. The young man was then deployed to Dresden, West Germany, where he was assigned as the ‘Directorate S’ and worked as a translator as well as interpreter over the illegal intelligence-gathering unit (the KGB’s classification for agents who used falsified identities)

While he was serving as an undercover spy, Putin married Lyudmila Shkrebneva in 1983, but according to the archives, she befriended a German spy who tried to lure her away from Putin. It was then heard that the spy and Lyudmilla had left behind an illegitimate child when they left Germany to Russia and despite hardly seen together since then, Putin finally announced their intention to divorce during an intermission in a ballet in 2013. The couple has had two daughters, Mariya Putina and Yekaterina Putina who are till date under the tight protection of their father and not much is known about their whereabouts.

Putin is known as a nature and animal lover. Apparently in his stay at their communal apartment during his earlier days, he often used to pass his time by hunting down rats. Today, Putin houses a Black Labrador that he has named Koni (Connie). The dog has gained international fame as he has been often spotted at Russian Assemble meetings. In fact, he even took Koni to meet the German chancellor, Angela Merkel, to prank her and make her feel uncomfortable after knowing that she is scared of dogs as a result of having been bitten as a child. 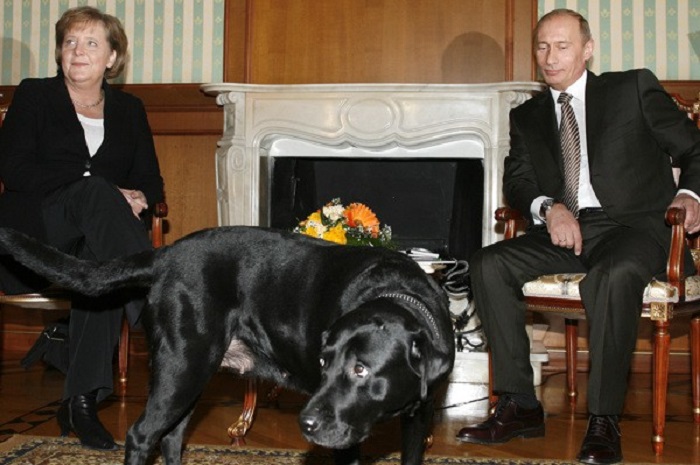 Apart from his dog, Putin has made great efforts to protect endangered species in Russia. 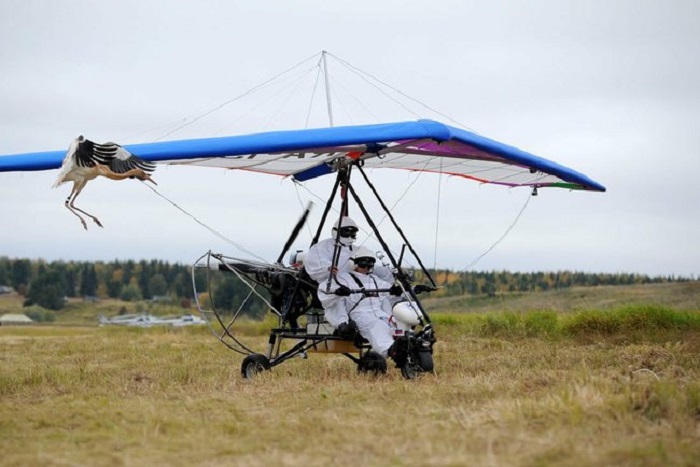 Known to be an adventure enthusiast, Putin was snapped in 2009 fishing and taking a dip shirtless, a picture that went viral almost immediately.

As a publicity stunt, Putin went deep sea diving only to pull out an ancient Greek mug from the bottom of the Black Sea. The video captured Putin saying, “The boys and I found them,” but two months later news surfaced that it was only a staged gimmick.

In another publicity stunt to prove his machismo, Putin co-piloted an aircraft to put off wild fires by the Russian country side. Attached to the crafts were gallons of water.

Putin was also in the news for saving a TV crew from a tiger. While he was accompanying them in the Ussuri nature reserve in eastern Russia, apparently the tiger darted towards the crew but was shot down by Putin’s tranquilizer. Some say the animal died but other sources claim that he nursed it back to health.

Regarded as a superhero among the Russians, writer Sergei Kalenik created an animated comic series called “Superputin”, in which the protagonist is Putin himself and he fights terrorists with his judo chopping skills. 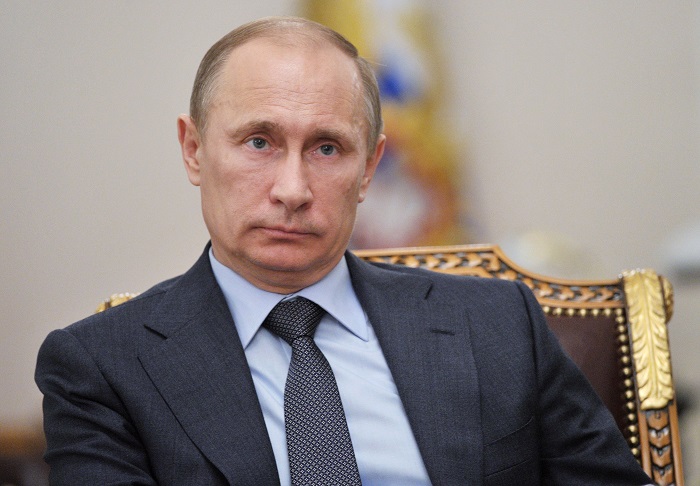 Putin moved to Moscow and worked under the administration of Boris Yeltsin in 1996. Under him he rose to power and built a formidable status quickly and in 1999 became acting President after Yeltsin stepped aside unexpectedly. In 2000 he was elected the President and though he was accused of rigging the elections, four years later he won majority again. Since the democratic rule in Russia states that an individual can serve only two consecutive terms as President, Dmitry Medvedev took over and elected Putin as the Prime Minister in 2008. With the new revised Presidential term being extended to six years, in 2012 Putin used the loop hole in the system (consecutive terms) to become elected as the President yet again and serve a third term. In 2014, Putin was omitted from the G8 summit for his decision to annex Crimea from Ukraine.

In almost a decade and a half-long rule by Vladimir Putin, one has to admit that though he is considered a threat by many countries, he has served his nation, up to a point where Russia now stands as one of the most powerful countries and a superpower. Despite all being said, Putin is certainly one of the fiercest and most formidable leaders the world has ever seen.