Brandi Harvey is an American executive, philanthropist, public speaker and wellness coach, who is the daughter of comedian, television host, businessman and author, Steve Harvey. She is a former high school teacher, personal trainer, and NPC fitness competitor. She serves as the president of the organization ‘Young, Fit and Fly’, which she co-founded with her twin sister, Karli Harvey-Raymond, and later founded the brand ‘Beyond Her’. She is also involved with the Steve and Marjorie Harvey Foundation, and as the Chief Change Maker of the organization, had travelled to Ghana on a philanthropic mission in 2016. 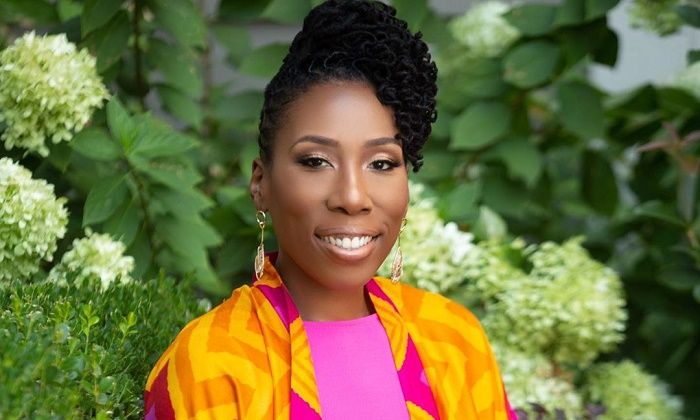 Her Father Had Abandoned the Family

Brandi Harvey, who was born on August 20, 1982, in Cleveland, Ohio, United States, to Steve Harvey and his first wife, Marcia, has a twin sister named Karli. Their younger brother, Broderick Harvey Jr. was born almost a decade later in 1991. However, soon their father Steve left the family, as well as his stable job as an insurance salesman, to become a stand-up comedian after winning a $50 first place prize on his first-ever performance. This strained his marriage and his relationship with his children, and resulted in his divorce in 1994. He went on to marry twice more, first Mary Shackelford, with whom he has a son named Wynton (b. 1997), and then Marjorie Bridges, who he claims made him a better man and changed his life. Steve, who later reunited with his eldest daughters, has mentioned that they told him, “Dad, we didn’t understand why you left us, but we know now you had to go.” 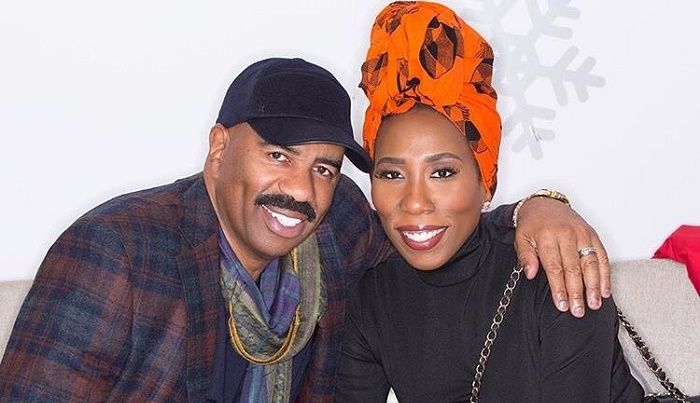 Her Father Is a Comedian, Television Host and Author

After leaving his family, Brandi’s father Steve struggled for three years as a homeless living out of his Ford Tempo until he bagged a gig on ‘Showtime at the Apollo’ in 1993. Within a few years, he became the star of the WB network show, ‘The Steve Harvey Show’ and made a name for himself as a host. He also featured in the standup special, ‘The Original Kings of Comedy’. He currently hosts a number of television shows including ‘Family Feud’, ‘Celebrity Family Feud’, and ‘Steve on Watch’, and has been hosting ‘Miss Universe’ beauty pageant events since 2015. He is also the writer of the bestselling book ‘Act Like a Lady, Think Like a Man’. 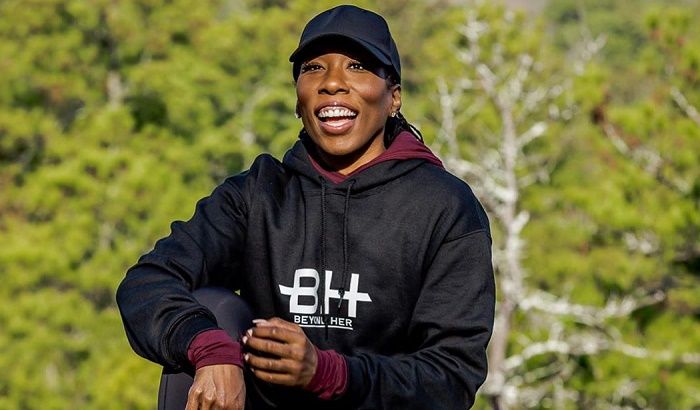 Her Father and His Current Wife Created a Blended Family

Brandi’s father Steve, who married his current wife Marjorie in 2007, does not have any children with her, but has raised her three children, Morgan (b. 1987), Jason (b. 1991) and Lori (b. 1997), as his own. The two, who had briefly dated back during his struggling days, decided to create a ‘blended family’ by uniting their children after their marriage. According to ‘People’, while Steve was blunt about it, telling his kids, “Look, you don’t like it? Deal with it. I don’t need y’all’s permission”, Marjorie was more considerate in her approach. Realizing that the kids have grown up in broken households, she told them, “Everyone is included. Everyone has access to their parents. Whatever you didn’t have before, don’t let that interfere with what you can have now.” She often takes the kids to family vacations together; however, some fans have noticed that Brandi and her twin sister are surprisingly missing often, which has raised speculations that they don’t get along with their stepmother. 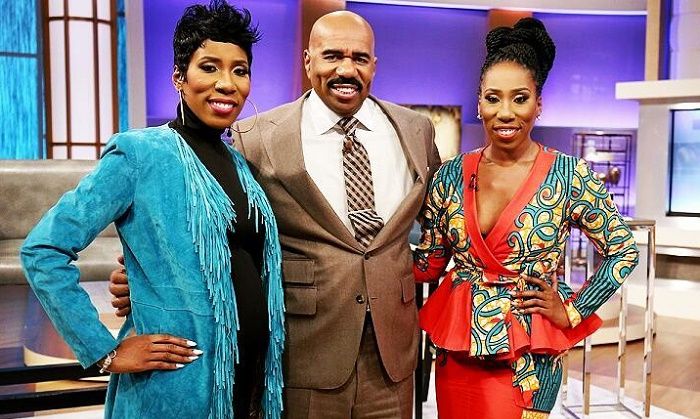 Brandi Harvey Was a Teacher and Amateur Bodybuilder

After completing her Bachelor of Arts degree in African-American and African Studies from the Ohio State University in 2005, Brandi Harvey moved to California and began her career as a high school teacher in the Los Angeles Unified School District. She subsequently became a certified personal trainer and group fitness instructor in 2006. The following year, she decided to become a National Physique Committee Figure Competitor and trained hard for months to earn second place in her first Figure show. She qualified for the amateur bodybuilding competition organized by the NPC in June 2008, and secured the second place. In December 2018, she shared a picture from the competition on Instagram and revealed that bodybuilding taught her discipline, a winning mindset, and time management skills. 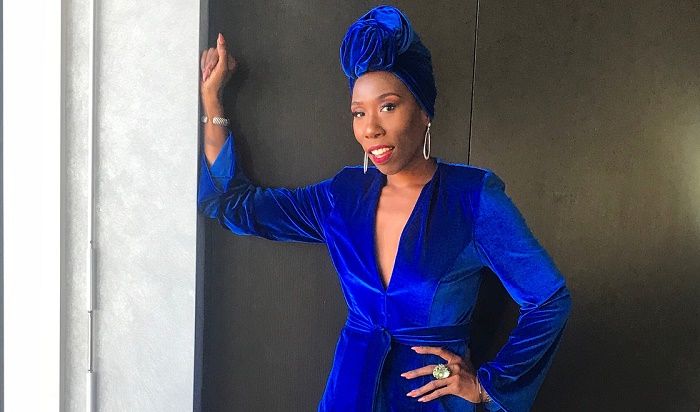 She Was Once Fired by Her Father

Brandi Harvey has been involved with her father’s charity, The Steve and Marjorie Harvey Foundation, since December 2012 and has been instrumental in outlining the strategic plan and vision of the organization. She was also responsible for overseeing the ‘Steve Harvey Mentoring Program for Young Men and the Girls Who Rule The World Mentoring Program’. However, she gradually lost enthusiasm and began using “people’s time planning my girls’ trip”. While she wanted to leave and do something on her own, it happened suddenly when she was unceremoniously fired by her father who announced her replacement as executive director via a staff email sent during her day off at the pool. 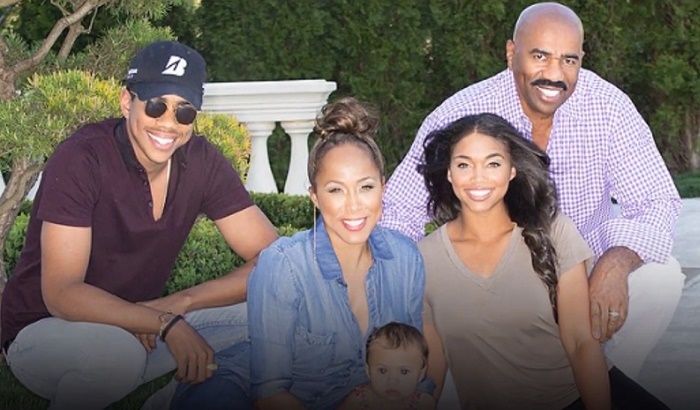 She Is a Wellness Coach, Public Speaker and Author

In January 2010, along with her twin sister Karli, Brandi Harvey co-founded ‘Young, Fit and Fly’, an Atlanta-based organization empowering young women and inspiring them to take responsibility for their health, self-image and overall wellness. Later in 2018, she founded ‘Beyond Her’, an active wellness brand for women of color that aims to elevate the mind, body and spirit through collaborative and transformative ways. She shares self-care, lifestyle and exercise tips through her blog, which also features success stories by other women. A vegetarian, she shares recipes for a plant based diet as well. In October 2019, she released the book ‘Breakthrough Sold Separately: Get Out of the Boat of Mediocrity and Walk On Water’ to help her readers achieve their full potential. As a public speaker, she has delivered speeches at Harvard Business School, Princeton University, Disney Dreamers Academy, NYU in Florence, Italy, and The United States White House.